MBC has revealed the main poster of the upcoming drama “The Red Sleeve”!

“The Red Sleeve” is a new traditional historical drama from MBC about the imperial court romance between a court lady who wanted to protect the life she had chosen and an emperor who put the nation first before love. Junho stars as Yi San, the direct descendant and eldest grandson of King Yeongjo (Lee Deok Hwa), who will later become King Jeongjo. Lee Se Young stars as Seong Deok Im, a court lady who wants to make her own decisions about life instead of being one of the king’s many women.

The new poster shows a tender yet forbidden moment between Yi San and Seong Deok Im. She’s helping the crown prince in his royal robe, which causes her to be so close to him that there’s barely any space between them. In addition, his large hand is covering her small one that is resting on his shoulder, making hearts flutter in both anticipation and fear.

Despite their physical closeness, there is distance in their relationship because of the obvious difference of status. Yi San’s eyes are cold and sharp, whereas Seong Deok Im’s expression is dim and sorrowful. The text between them reads, “The king loved the court lady. Did the court lady love the king?”. 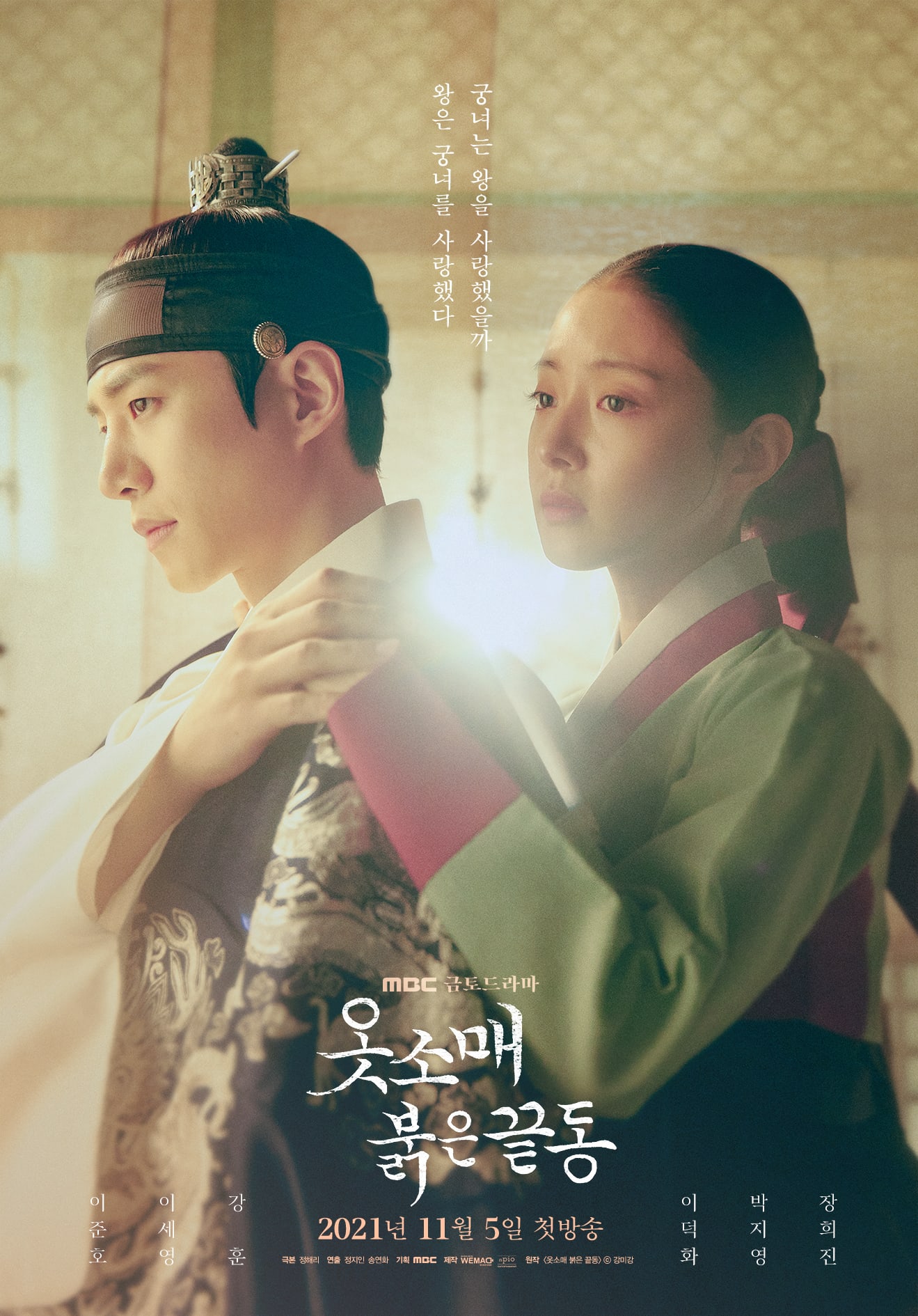