“Happiness” is an apocalyptic urban thriller that takes place in the near future within an apartment that is stratified by social standing. The high-rise apartment that houses diverse people becomes sealed off when a new infectious disease emerges, and the drama will depict the fear, psychological battles, and desperate struggles for survival that ensue.

Han Hyo Joo stars as Yoon Sae Bom, a tactical agent in the Seoul Police Special Operations Unit, known for her decisiveness and quick judgment. Park Hyung Sik stars as Jung Yi Hyun, an intelligent and honest police detective in the violent crimes division. He is a former high school classmate of Yoon Sae Bom and harbors a sweet, romantic side. Jo Woo Jin stars as Han Tae Suk, who is in the Armed Forces Medical Command and in charge of secretly discovering the cause of the infectious disease and stopping its spread.

In the new stills, Park Hyung Sik flawlessly transforms into Jung Yi Hyun, a veteran detective who is skilled at his job. He was an ace pitcher but changed career paths due to an unexpected injury. In the newly released photos, he shows his sharp intuition, tenacity, and thoroughness as he collects evidence.

In one photo, Jung Yi Hyun points a gun at someone with a dark expression. Usually, he is calm when he solves problems, but this time, his face is filled with anger. The detective has a strong sense of duty, and even when his life is at stake, he struggles at the expense of himself in order to protect the public. How will he act when this new infectious disease starts spreading and endangering lives? 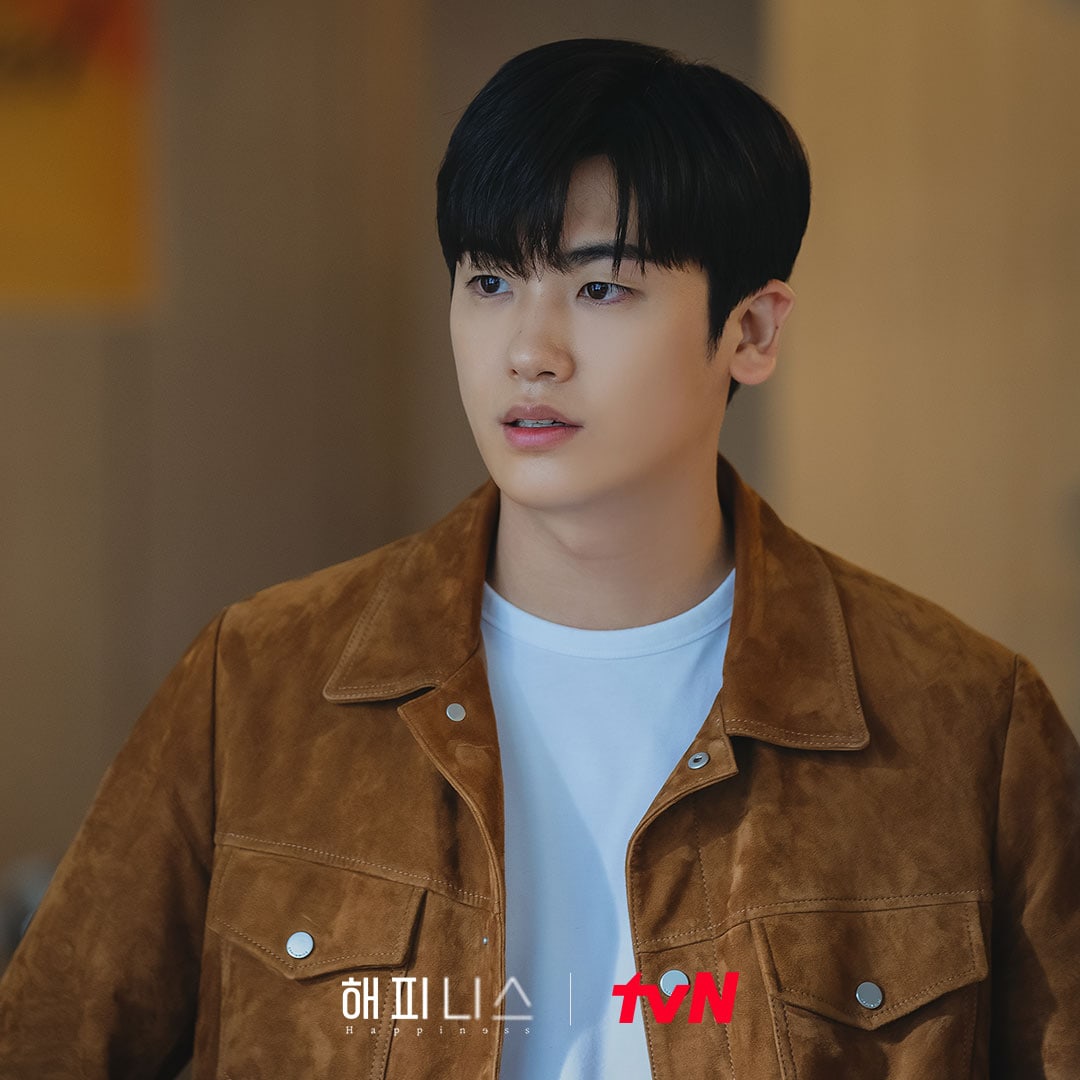 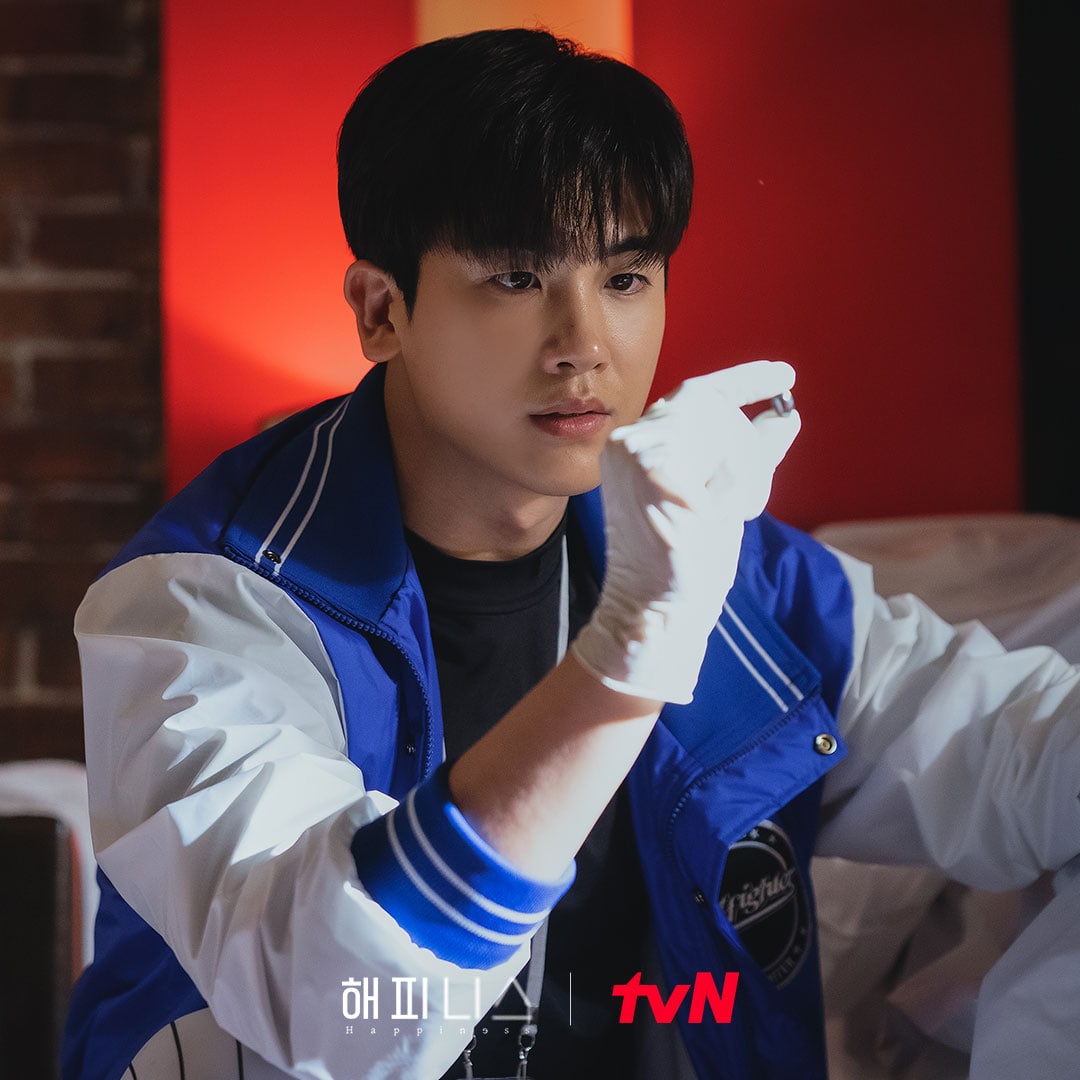 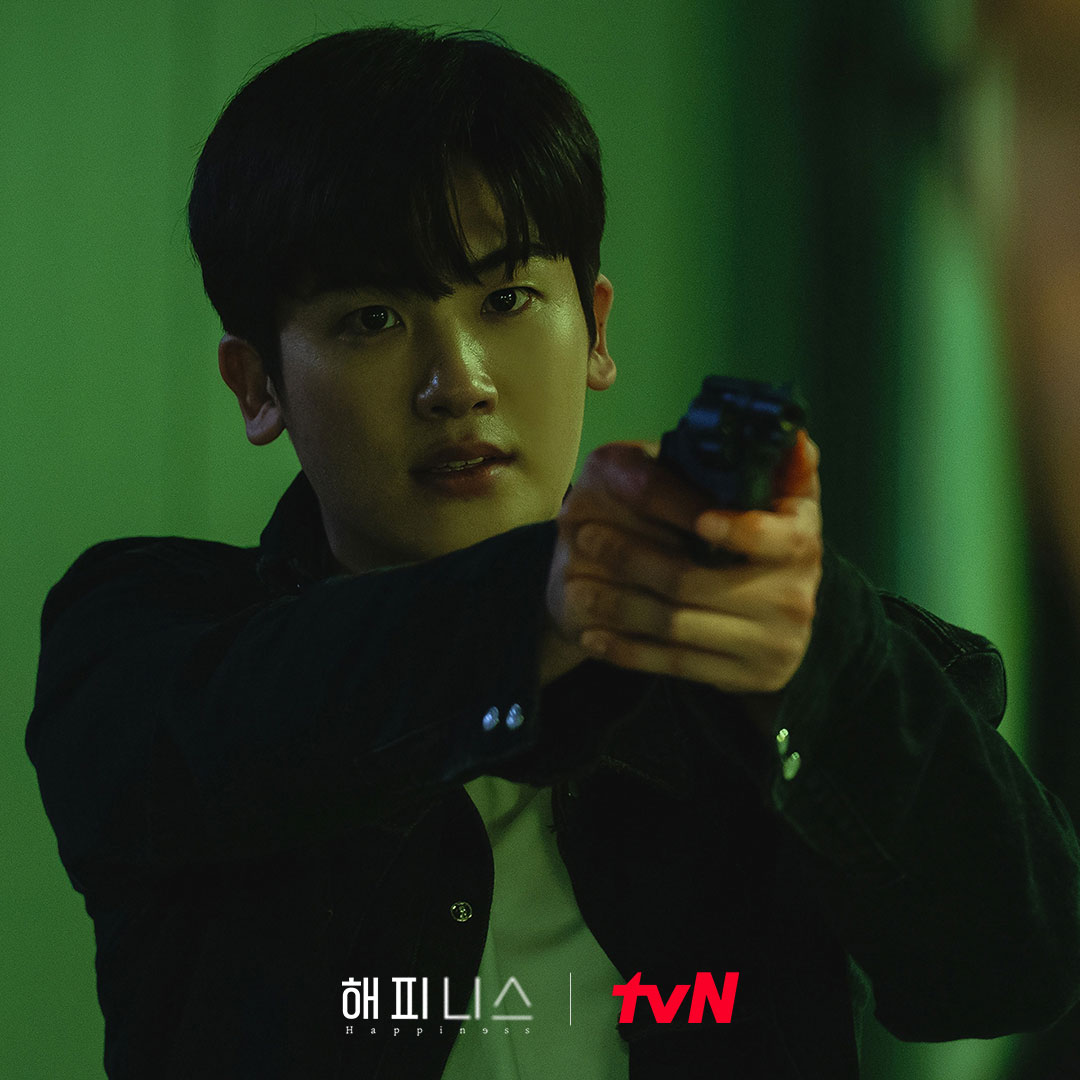 Park Hyung Sik remarked, “The story was fresh and interesting. When I first read the script, I felt that the methods of expressing my character and approaching him were different from other dramas. The characters’ personalities and emotional changes that occur in dramatic situations are all diverse, so I think [the drama] will reach viewers in a new way.”

In order to embody Jung Yi Hyun, Park Hyung Sik made an effort to build his action skills and physique. He shared, “He is a person with both warmth and coolness. Sometimes, he’s simple, but other times, he has sharp insight. If I have to pick whether he’s good or evil, I think he’s someone who’s more on the good side.”

In the meantime, check out Park Hyung Sik in “Hwarang“:

Park Hyung Sik
Happiness (drama)
How does this article make you feel?