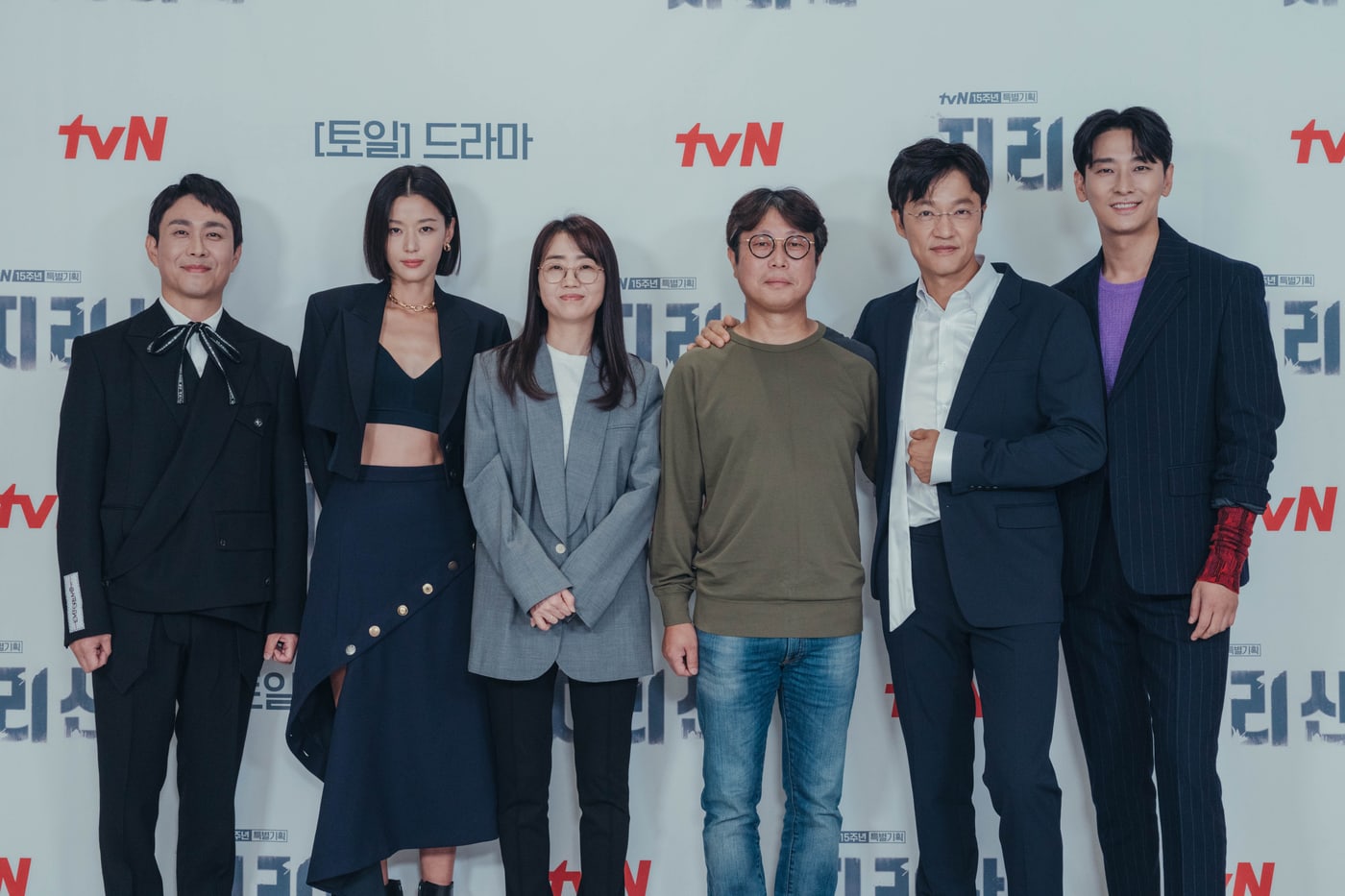 “Jirisan” is a mystery drama starring Jun Ji Hyun as Seo Yi Kang, Mount Jiri’s top ranger, and Joo Ji Hoon as Kang Hyun Jo, her rookie partner who is hiding an unspeakable secret. The drama follows what happens at the national park when the two begin to uncover the truth behind a mysterious accident on the mountain.

Writer Kim Eun Hee said, “I’d never gone to Mount Jiri before I wrote ‘Jirisan,’ so I had a vague longing for it. I think that Mount Jiri is a space that people seek out of a cherished dream or longing. It’s a land that has been layered with people’s desire and sorrow, so I thought that many mysterious or fantastic or inexplicable things could happen there.”

Jun Ji Hyun, who worked with Kim Eun Hee in “Kingdom: Ashin of the North,” said, “I like that Kim Eun Hee’s script is so detailed. A scene might seem completely ordinary, but is actually a key part of the overall storyline. As time passes, those stand out more clearly, and makes me think, ‘This is Kim Eun Hee.'” 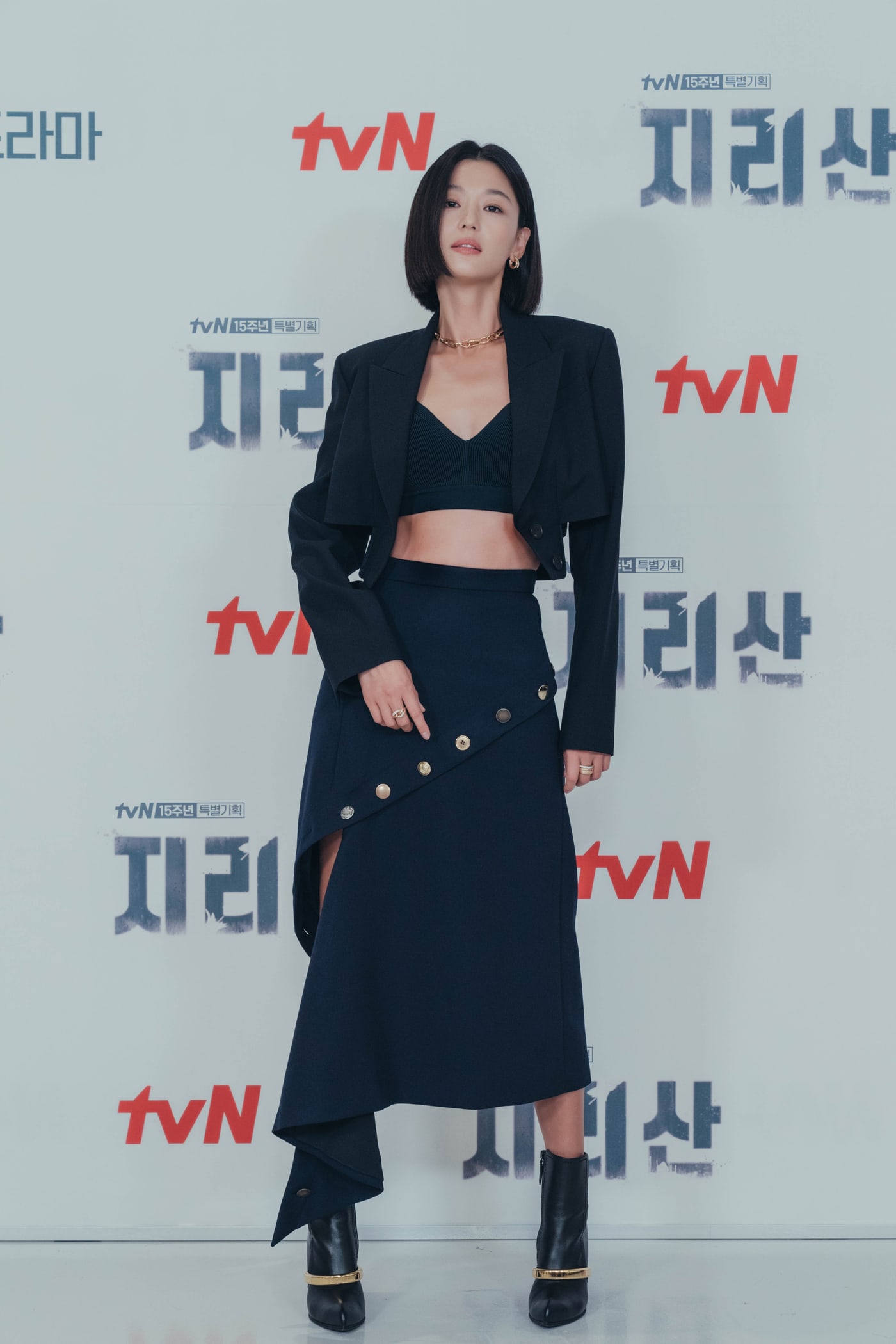 Joo Ji Hoon, who worked with Kim Eun Hee on the “Kingdom” series, said, “It’s been about five years since I started working with Kim Eun Hee. At this point, it feels like she’s an aunt that I see during the holidays. Kim Eun Hee’s scripts have a lot of detail and you can’t read them carelessly. If you don’t read it properly, you can’t move on to the next part. She has a knack for writing difficult scenes in a comfortable way, which makes it fun for the viewers, but there are a lot of scenes when you’re straddling the border between two emotions as an actor. It feels like she’s always teaching me something new.” 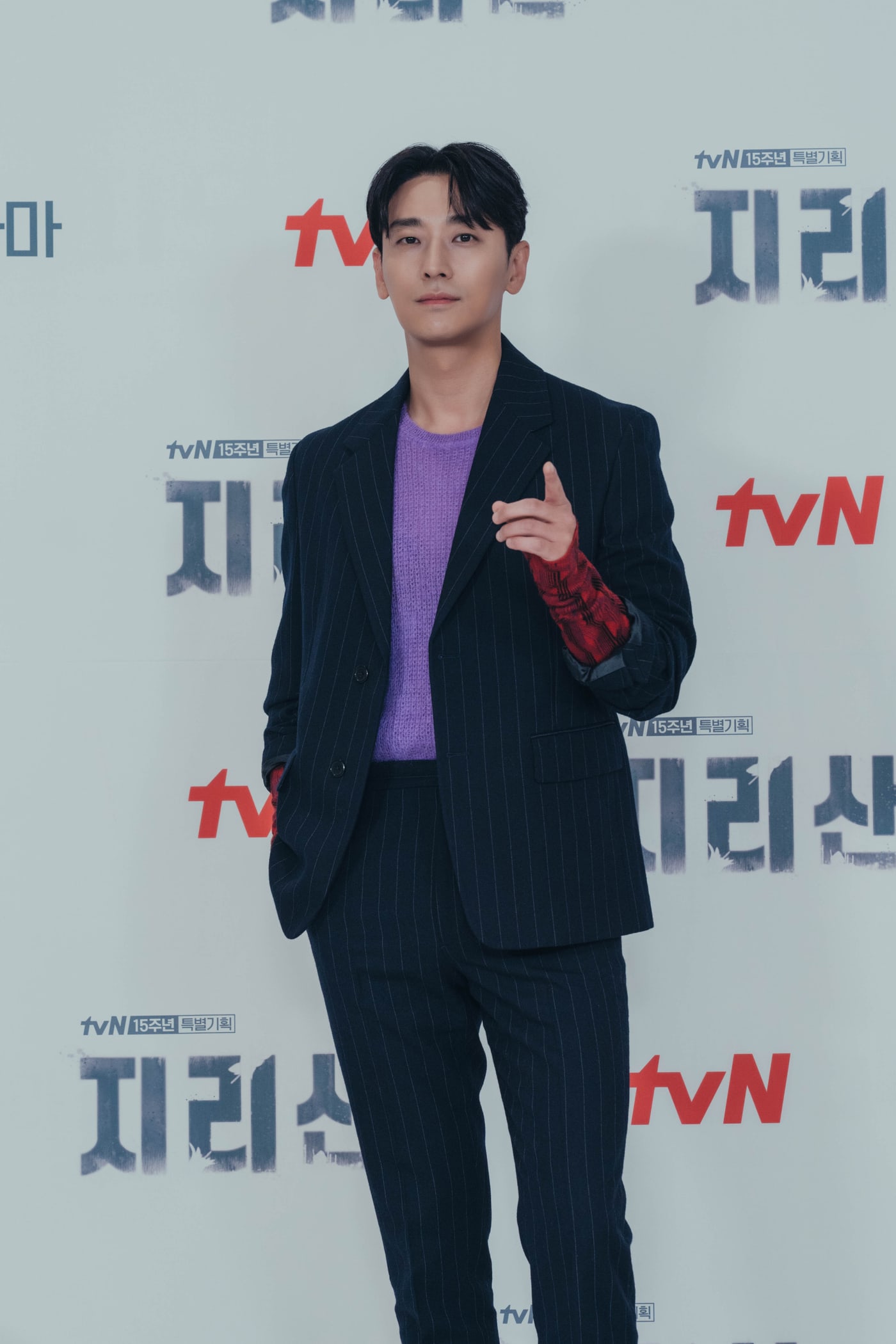 Jun Ji Hyun and Joo Ji Hoon met during Jun Ji Hyun’s brief appearance at the end of the second season of “Kingdom.” Jun Ji Hyun said, “Since we’d worked together before, our chemistry this time was good.” Joo Ji Hoon added, “I’ve been a fan of Jun Ji Hyun since I was young. I was fascinated on our first meeting. But when we met, she treated me so comfortably, and even though she must have had a tough time on set, she would throw her whole body into her acting.”

Jun Ji Hyun said, “I like mountains a lot. Rather than climbing difficult mountains, I like to enjoy nature and go on courses that are light treks. I went to Mount Jiri for the first time for this drama and I realized what it was like to feel small in front of the vastness of nature.” She added, “The physical part of filming wasn’t too difficult. We had gear and everything, so we just flew around.”

Jo Han Chul, who has appeared in several tvN weekend dramas in 2021, such as “Vincenzo,” “Hometown Cha-Cha-Cha,” and now “Jirisan,” said, “It wasn’t my intention, but I’m grateful and honored to have appeared in three tvN projects this year. Standing in front of Mount Jiri is like standing in front of the ocean. I’ve gone to Mount Jiri serval times, but it really makes you feel small. Whether it’s the ocean or the mountain, it makes you realize that you’re just a guest in this world. You think philosophical thoughts like, the mountain will rule here before, during, and after our brief lifetimes.” 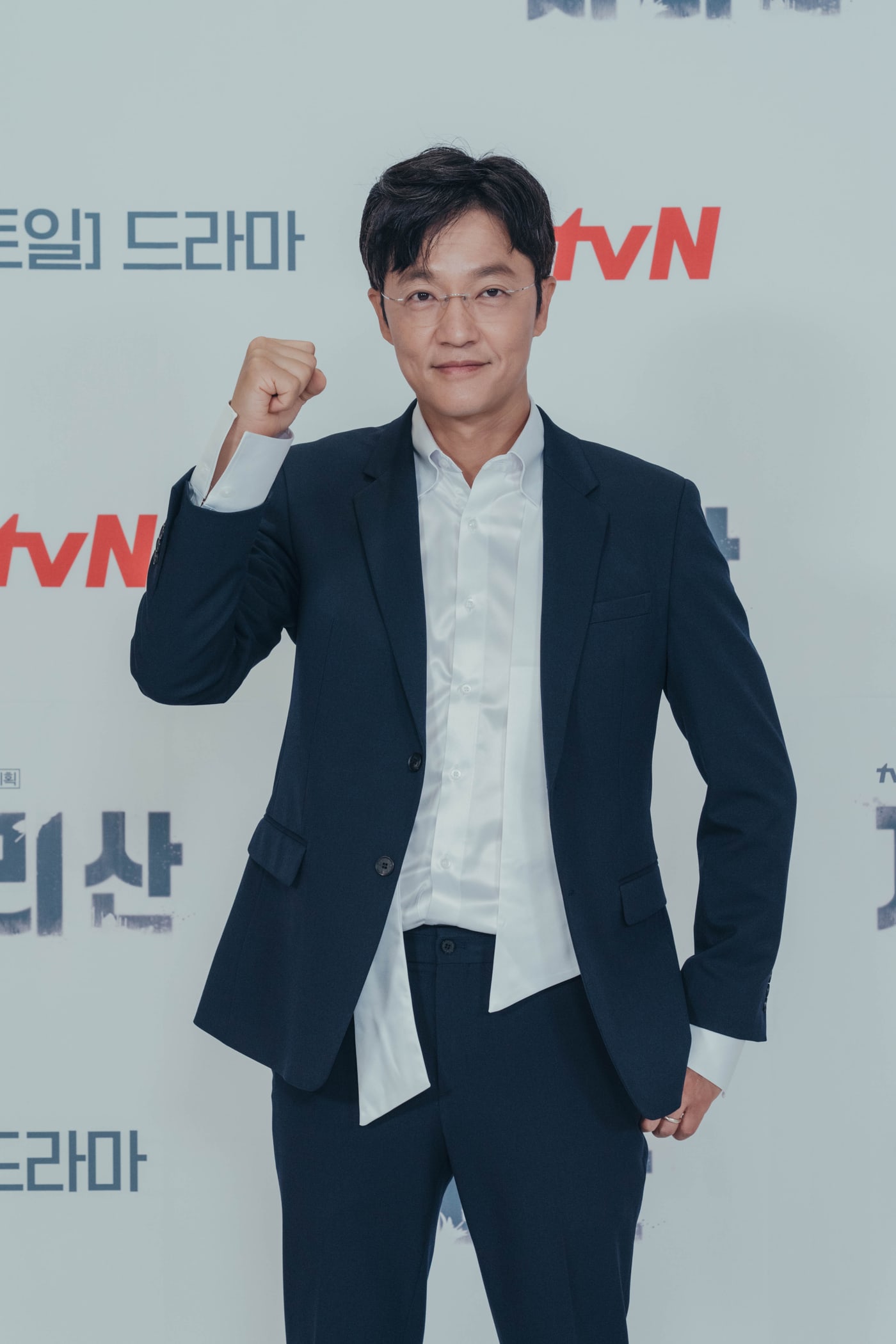 Oh Jung Se shared, “Jun Ji Hyun got so into character as Seo Yi Kang that for a scene where she hits me on the head and laughs, she started laughing even before she hit me. Normally you’d ask for a retake, but she just started laughing. It was kind of amazing.” 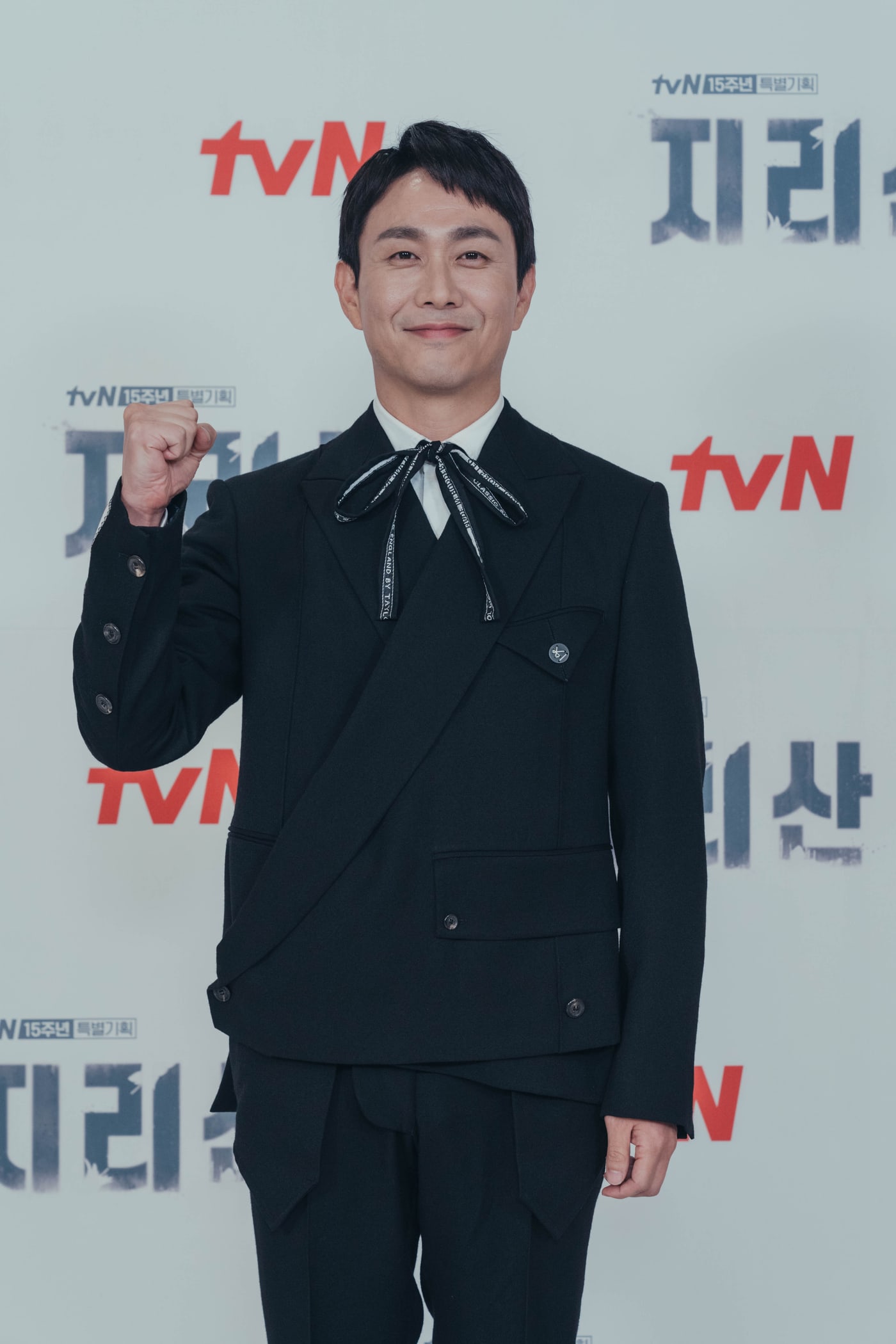 Jun Ji Hyun’s character, Seo Yi Kang, is the same age as Jo Han Chul and Oh Jung Se’s characters. In reality, Jo Han Chul and Oh Jung Se are several years older than Jun Ji Hyun. The actress said, “I hope there are no misunderstandings. They’re older than me. They’re like uncles to me, but we’re the same age in the drama. I asked Kim Eun Hee if I could speak so informally to my uncles and I had a hard time. I want to take this chance to apologize to them.” 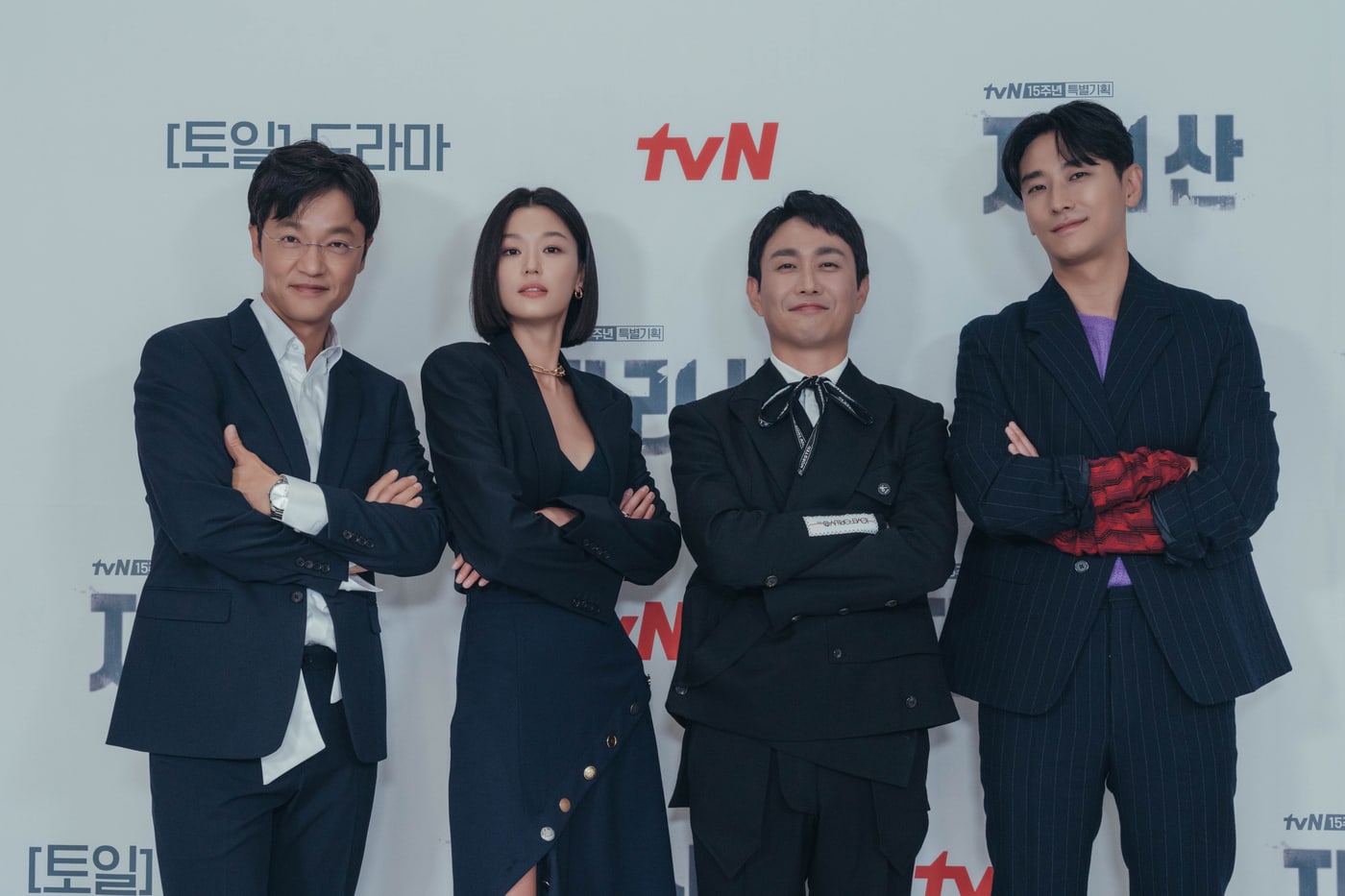