KBS 2TV’s “Police University” is about the chaotic investigation that ensues when a professor at an elite police university teams up with a student who happens to be a genius hacker. Jinyoung and f(x)’s Krystal star as university students Kang Sun Ho and Oh Kang Hee, while Cha Tae Hyun stars as passionate detective-turned-professor Yoo Dong Man.

Regarding the show’s conclusion, Jinyoung shared, “I feel simultaneously sad yet refreshed. Since it was my first project after my military discharge, I was really nervous and excited. It feels like it ended faster than I’d anticipated. Many people told me they watched it well and said lots of good comments so I was happy while doing it, and I’m happy even when it’s over.”

He also shared his thoughts on successfully wrapping up his first project since returning from the military. Jinyoung shared, “I was worried because it was my first project since being discharged and the first time I was acting in a while. They say you have to be consistent in order to improve but I felt pressured because there were situations in the middle where I took rests. However, I just approached it with my own mindset, thinking, ‘I just have to come out and do well.'” 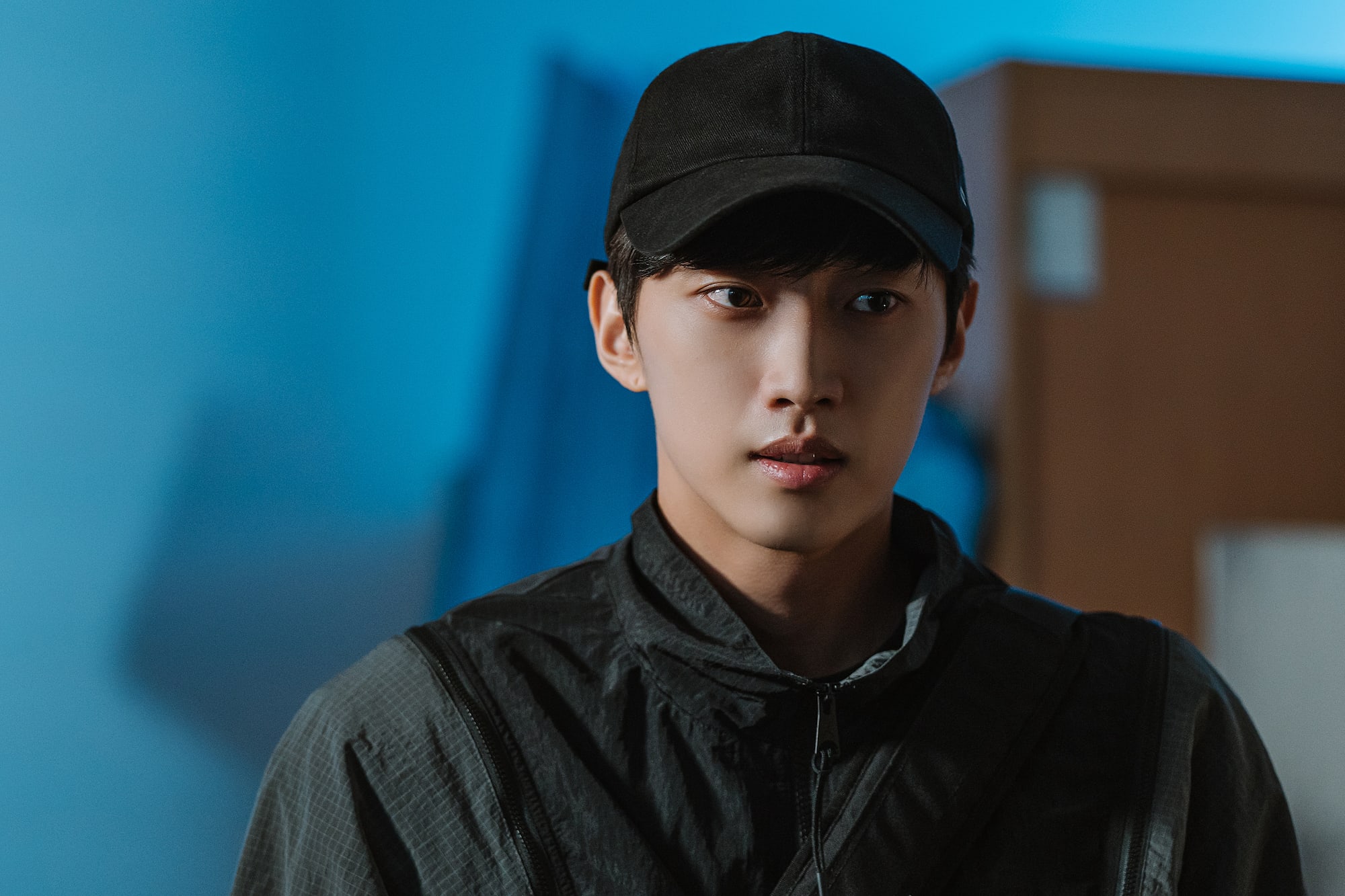 On October 5, the drama aired its finale to steady ratings and Jinyoung picked the actors’ chemistry as the show’s key to success. He explained, “Although it hasn’t been long since it ended, we’re all still close. People who watched would say, ‘You guys are close in real life, right?’ I figure that our chemistry was good.”

Jinyoung talked about his chemistry with Krystal, who played his love interest throughout the series. He shared, “Soo Jung [Krystal’s real name] is so nice and kind. She’s also around the same age as me. That’s why she was easy to talk to. Even when we were acting, we weren’t just acting right away but rather discussing with each other and getting in tune. It came out a little more fun and comfortable.”

He also revealed that in the scene where his character gifted Krystal a bracelet, many of the following lines were improvisations. Jinyoung elaborated, “Lines like ‘Isn’t is prettier than the one Park Min Kyu gave you?’ and ‘It’s pretty expensive,’ were all improvisations.”

Jinyoung also commented on working with Cha Tae Hyun, sharing, “It was really great to work with a senior I respect for my first project back after my military discharge. Before we went in [to filming], I had no choice but to ask people around me about him. What really helped my nerves before we began was that the rumors about him were so good. There was a lot of talk that he was nice, kind, and considerate so it was such a relief.”

Jinyoung continued, “If you’re doing something for the first time in awhile, you can mess up because you’re nervous, so I worried a lot, but I figure that it was a big blessing to work with him for my first project back. Even while acting, if I asked him, ‘What would be best?’ he answered me sincerely. If I received [an offer for] my next project and asked for advice, he would say, ‘If you get the feeling, do it right away.’ It was helpful.” 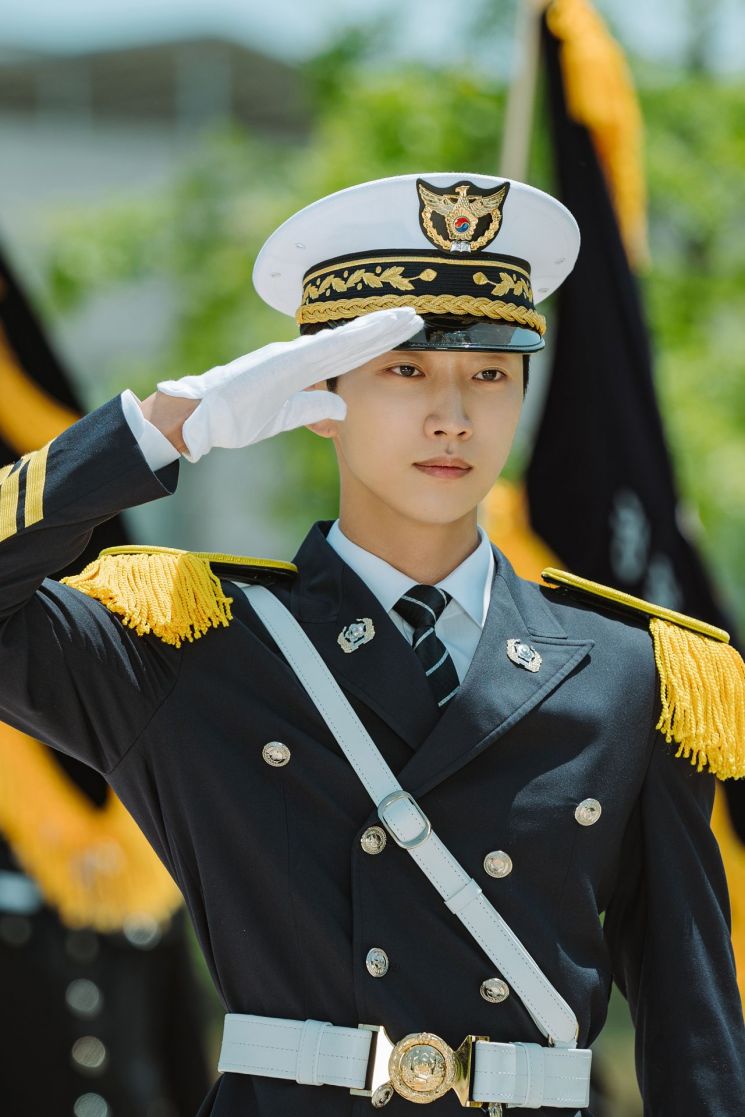 While playing the role of genius hacker Kang Sun Ho, Jinyoung was asked what he learned. The actor answered, “I learned that it’s no good to have too many thoughts. When you look at Sun Ho’s personality, he has the tendency to push forward with his own beliefs. I learned how to persevere and move forward with your personal beliefs.”

In terms of roles he’d like to try in the future, Jinyoung remarked, “I want to make a complete transformation. This is something I’ve always wanted. I moved forward with this as my first project back because I thought this role would suit me, but I think that there will be many more opportunities in the future for me to show a wide variety of images. There are a lot of roles I want to try. Rather than be afraid of a transformation, I’m more nervous and excited. I think I’ll be able to showcase various different images.”

Going into more detail, Jinyoung shared, “I want to try a dynamic character in a war film, a psychopath, and a romantic comedy that unravels in a fun, comedic manner. Since I’ve done a lot of soft roles in romances, I have a craving for something new. I think roles I haven’t done before and roles where I have to let loose would be fun.” He also added, “One day, I hope there comes a day where I get to act with Lee Byung Hun.”

The actor also discussed his roots as a singer and B1A4 member and shared his plans for promoting as an artist. He explained, “I love music so much. I’m constantly preparing. I love music too much to just focus on acting and I have quite a few songs I’ve already made. I’m currently thinking about how to repay my fans who love me and what kind of music to share with them. I believe I must greet them with good music. I’m constantly thinking over it.”

When asked to describe his singing and acting balance, Jinyoung replied, “In my heart, it’s 50/50. While acting in ‘Police University,’ I even personally produced an OST. I’m going to make music even while acting. I hope people will like and look forward to my music.” 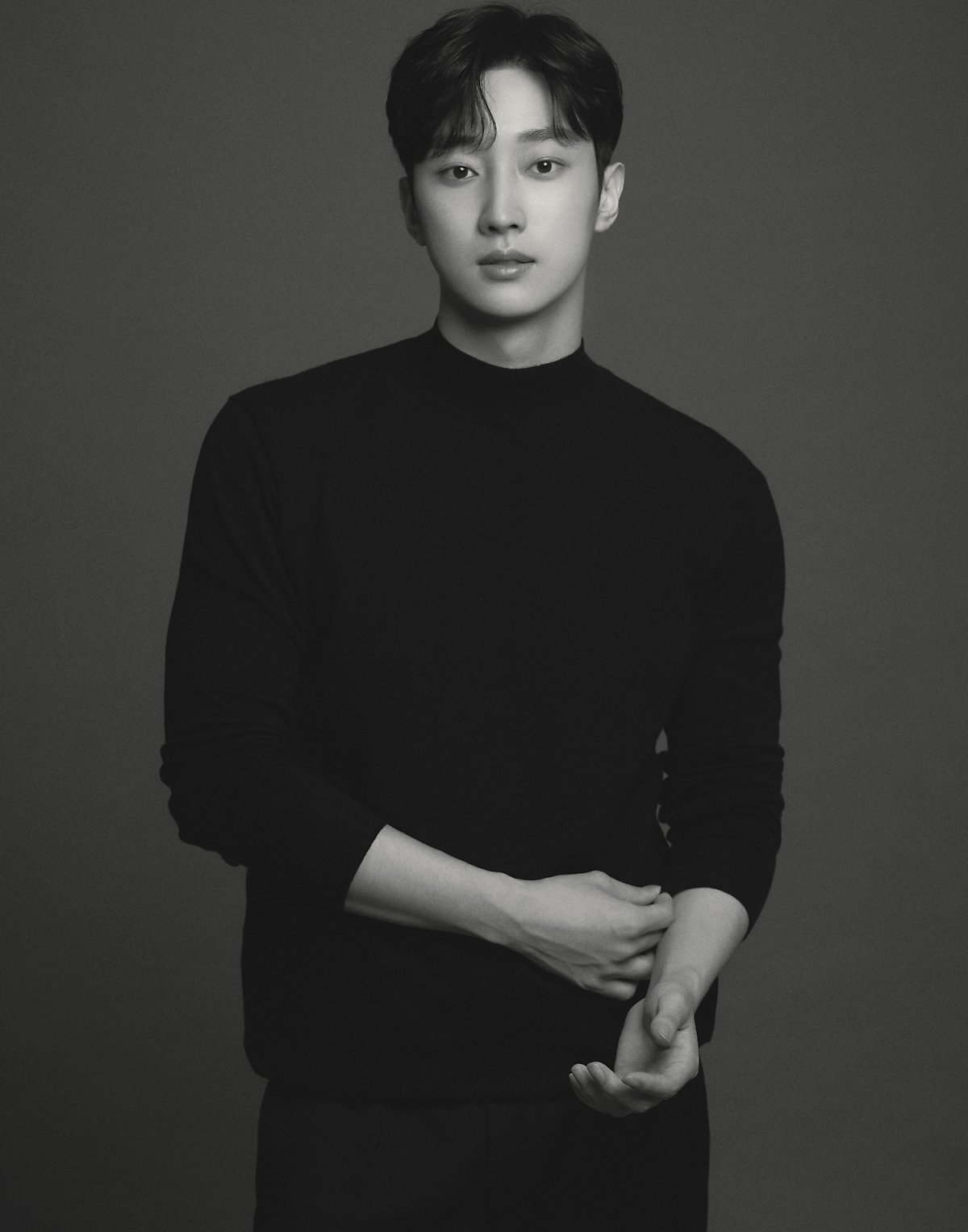