Cha Tae Hyun shared his sentiments for his latest drama “Police University” while reflecting on his longstanding career as an actor!

KBS 2TV’s “Police University” is about the chaotic investigation that ensues when a professor at an elite police university teams up with a student who happens to be a genius hacker. B1A4’s Jung Jinyoung and f(x)’s Krystal star as university students Kang Sun Ho and Oh Kang Hee, while Cha Tae Hyun stars as passionate detective-turned-professor Yoo Dong Man.

Throughout the show, which wrapped up on October 5, Cha Tae Hyun put forth a passionate performance with multiple action scenes and charismatic leadership. Commenting on the show’s conclusion, Cha Tae Hyun commented, “The results weren’t bad, and I think a lot of people enjoyed it so I feel good more than anything. Rather than feeling bittersweet or regretful, I’m glad I met a lot of good people. It was the director and writers’ first project, but they were so good to me and it was a good experience so I had fun.” 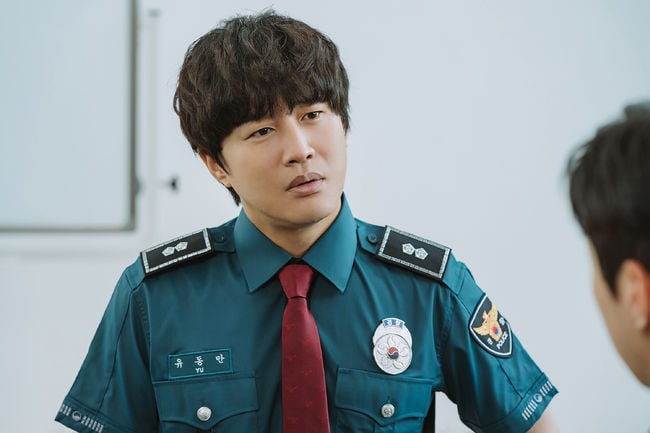 A key highlight of the show was the actor’s onscreen bromance with costar Jung Jinyoung, which he says he took much care to foster. When asked when he realized the chemistry was strong, he answered, “There was a process of struggling through the process of catching the culprit and filming action scenes. Going through it together and later seeing it come out well onscreen made me think that we had good chemistry.”

Another reason why “Police University” will go down in the books as a memorable project is because it gave Cha Tae Hyun his first professor role. He explained, “Since it was my first time taking on a role of a professor, I spent a lot of time contemplating and practicing the lecture scenes because they were difficult, especially the terms used. I paid a lot of attention to looking the part.”

A scene that might have stayed in viewers’ minds is one where Cha Tae Hyun strips down to his underwear. In regards to this scene, the actor commented, “I thought that it was a necessary part.” He added, “I thought that viewers can’t see picture-perfect bodies all the time and that it’s plausible for an average-bodied person to be onscreen too. I worried about the scene but I personally thought it needed to be included so I took part in it boldly.” 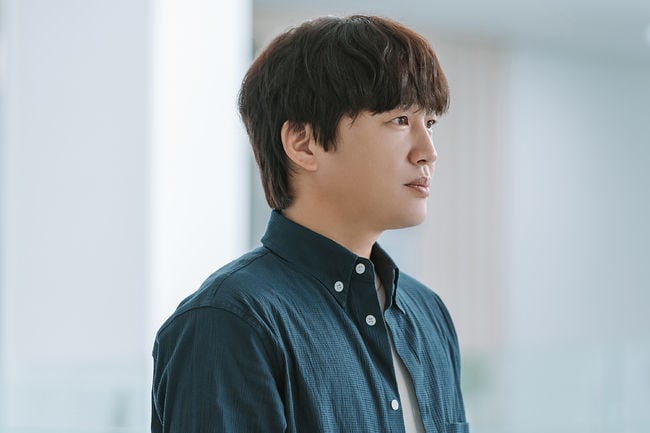 Cha Tae Hyun took some time to reflect on his career as well, saying, “I think it’s been about 26 years that I’ve been acting. My desire to revamp my image as an actor through my roles has always been a sort of homework assignment.” He added, “Personally, what’s more important to me is that the audience and the viewers have a particular something that they want of me. It’s usually something I can do well. But basically, I like to take on projects that are fun and inspirational.”

To anyone familiar with Korean variety shows, Cha Tae Hyun is no stranger. His decision to be a regular member on the show “2 Days and 1 Night” in 2012 was actually one of his self-proclaimed “turning points” in life. He explained, “Although it’s not acting, I consider variety shows as important because they add experience to an actor’s life.” He added, “When I first started the show, Soo Chan [his son] was an elementary school student. I thought to myself that I’d like to be a well-known celebrity at least until he is 20 years old.”

As for what’s up next for the actor, Cha Tae Hyun shared some thoughts on a potential musical release. He said, “The more I watch shows like ‘Show Me The Money,’ ‘Super Band,’ and ‘Street Woman Fighter,’ the more I get discouraged about wanting to release an album. I hesitate because I question if I’m practicing and working as hard as those on the shows. I’m not sure about a formal album, but there are opportunities to release a song so I’m considering it.”