Kang Daniel And Chae Soo Bin Talk About Working Together, Why They Chose To Star In Their Upcoming Drama, And More

On October 14, Disney+ held an APAC Content Showcase ahead of its upcoming launch. At the event, “Rookies” was introduced as one of Disney+’s original dramas.

In the upcoming series, Kang Daniel and Chae Soo Bin will take on romance and growth as students at a police university.

Watching the teaser video that played at the showcase, Kang Daniel commented, “This is my first attempt at acting. It feels cool because it’s my first time seeing the final product put together in the form of a trailer, and it seems to have captured the essence of youth that I expected, so it makes me want to watch the show soon.”

Chae Soo Bin added, “We started shooting in May, and we’re still working on it. Watching the video makes me more excited to see it.” 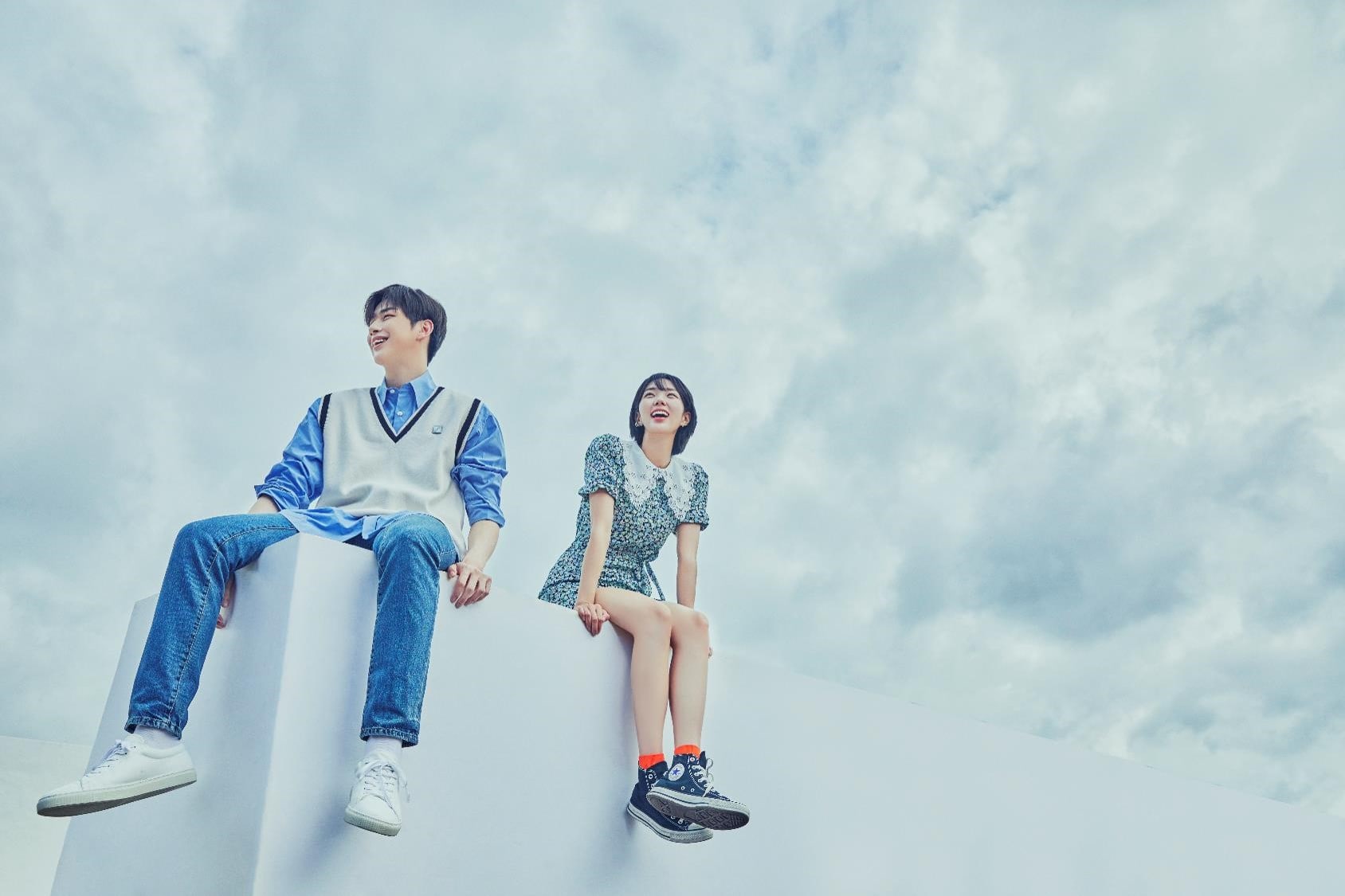 In regards to how he felt about the script, Kang Daniel shared, “A lot of my worries and concerns about acting disappeared after receiving the script.” He continued, “I was convinced to give it a try for the comfortable vibe created by being with people aruond my age and because I figured I’d be able to portray growth at a police university as I had imagined with my actual friends. I felt a new kind of fun from the experience that was different from the acting I do when performing on stage.”

Chae Soo Bin explained that reading the script was what convinced her to take part in the series, revealing, “While reading the script, I felt that the stories of Generation Z youth were portrayed beautifully. I chose this project because I felt that it would be my last youthful drama before I enter my thirties.”

Regarding their experience working together, Chae Soo Bin commented on Kang Daniel, “He maintains an energetic vibe on set without getting worn out.” Kang Daniel described their teamwork by saying, “Chae Soo Bin is very considerate. On days when we have action scenes to film, she tries to maintain high energy. My sense of humor is unique, but recently I’ve been getting her to laugh more. I’m very grateful for that.”

Kang Daniel also explained on how he prepared for his role, “I tried to improve my physical abilities in all ways. I trained a lot at action school. I also went through all my connections to meet an actual police university student, getting the chance to ask a lot of questions and study.”

“Rookies” is scheduled to premiere in the first half of 2022.

Chae Soo Bin
Kang Daniel
Rookies
How does this article make you feel?