EXID’s Hani, WJSN’s Exy, LABOUM’s Solbin, & More Are A Failing Idol Group That Refuses To Give Up In “IDOL: The Coup”

The new poster features Hani, Solbin, Exy, Green, and Han So Eun as the fictional girl group Cotton Candy, who is considered a failure because the public still doesn’t know the members’ names after six years. However, despite their lack of success, Cotton Candy refuses to give up on their dreams.

As the members stare down the camera with a rebellious, determined glint in their eyes, the poster’s caption boldly reads, “We’ll disband only after we hit No. 1.” 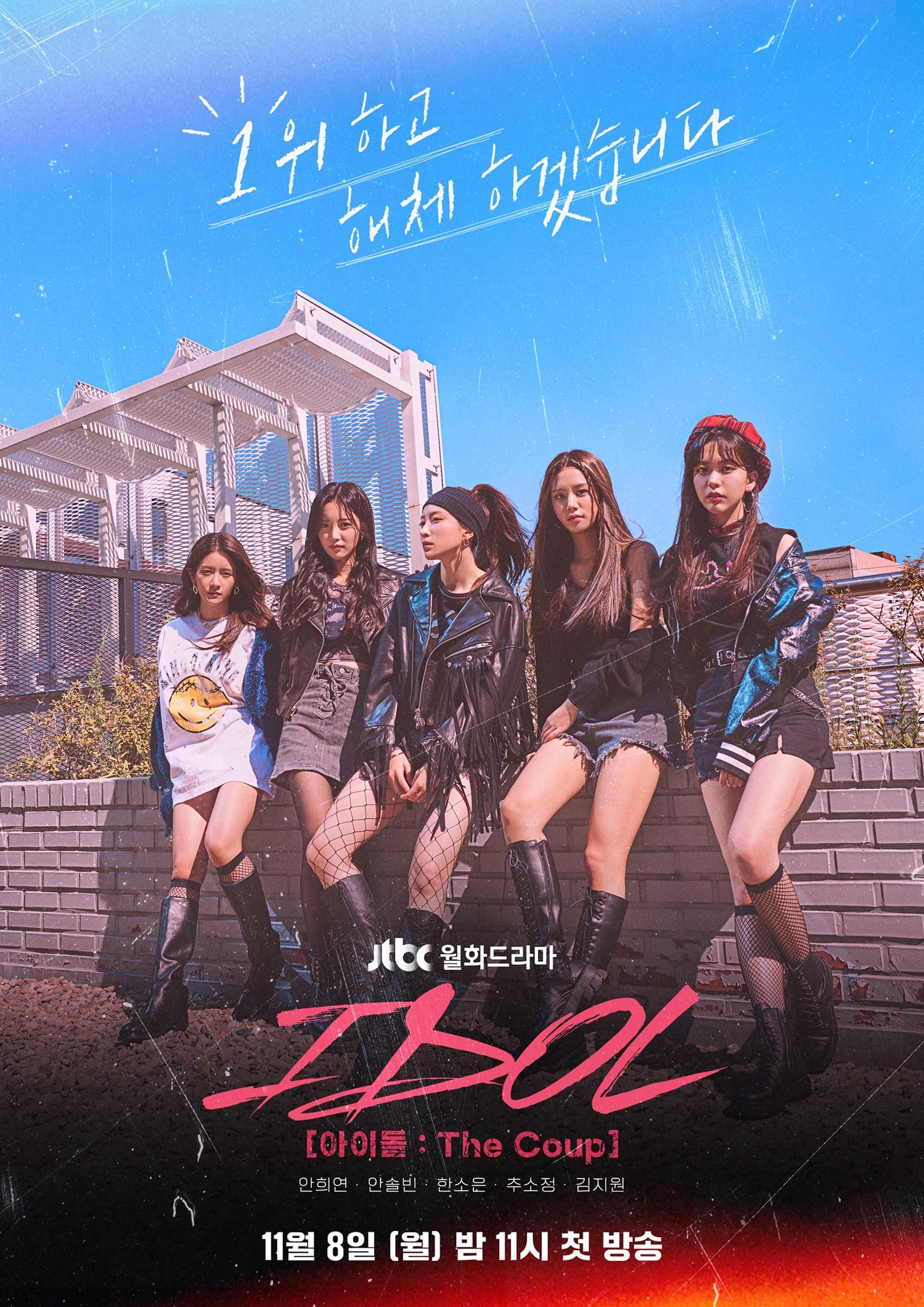 Praising the five actresses’ teamwork on set, the producers of “IDOL: The Coup” commented, “The Cotton Candy members had amazing chemistry while acting, to the extent that they really seemed like one group.”

They went on, “‘IDOL: The Coup’ will speak up on behalf of all the young people who find themselves hesitating as they face their dreams and reality. Everyone is working their hardest to make the drama both fun and relatable for many people, so please show a lot of interest.”

In the meantime, watch Hani in her latest drama “You Raise Me Up” with subtitles below!