In the poster, the actors pose as if they’re game characters, and the bubbles above them share their “level” and description. First off, Koo Kyung Yi is someone who tenaciously digs through everything in order to solve a case. She is described as a “woman in doubt,” and despite her high level, she is wearing a sloppy attire, hinting there’s more than meets the eye.

Kim Hye Joon plays the mysterious university student Kei. She crosses paths with Koo Kyung Yi, and unlike her bright smile on the outside, no one can tell what she’s thinking inside. Her mysteriousness is further heightened in the poster. Her level is marked with a question mark, and her speech bubble asks, “Can I kill you?”.

Kim Hae Sook plays Director Yong, the chief director of a volunteer and charity foundation. Although she looks warm and benevolent on the outside, she has an aura of her own. In the poster, Director Yong is holding a shotgun, and the caption reads, “Let’s catch that murderer together.”

Lee Hong Nae rounds out the principal cast as Geon Wook, Kei’s assistant. At level 53, he stands in the back with a walkie-talkie in his hand, and his speech bubble says, “You can’t live without me,” piquing curiosity about his relationship with Kei. 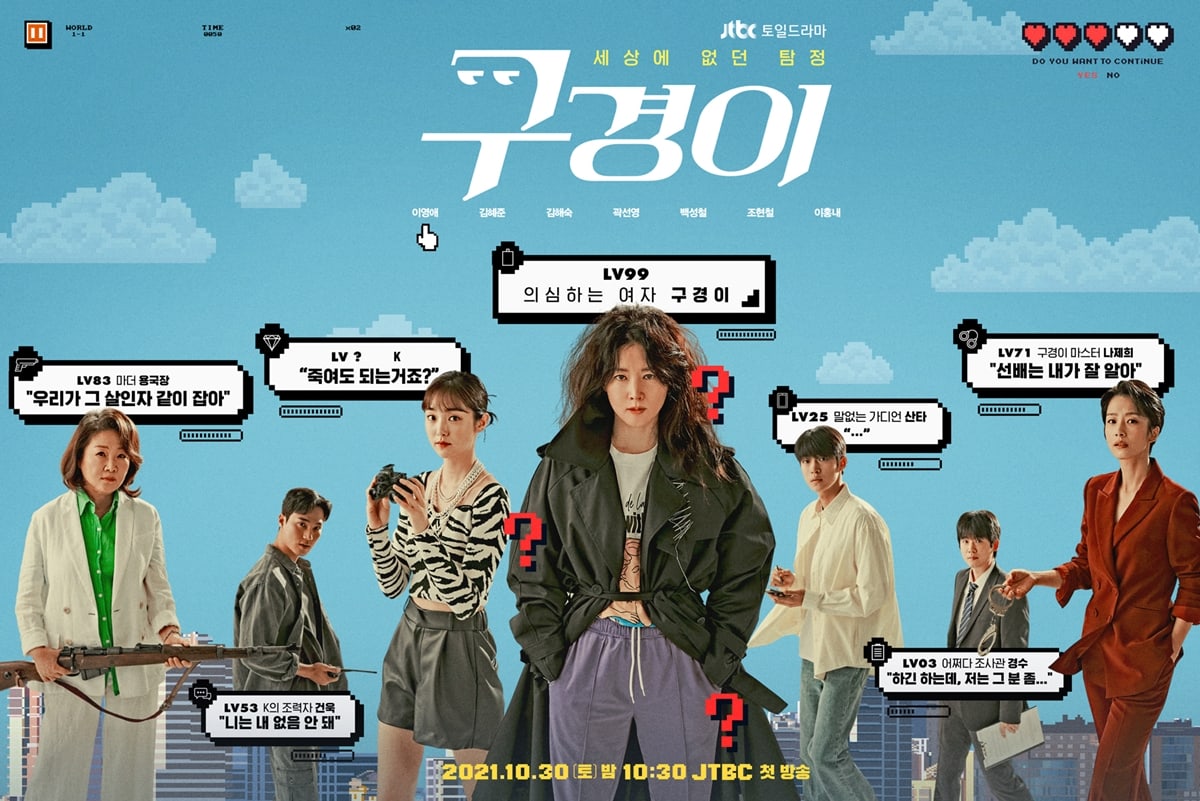