“Happiness” is an apocalyptic urban thriller that takes place in the near future within an apartment that is stratified by social standing. The high-rise apartment that houses diverse people becomes sealed off when a new infectious disease emerges, and the drama will depict the fear, psychological battles, and desperate struggles for survival that ensue.

Han Hyo Joo stars as Yoon Sae Bom, a tactical agent in the Seoul Police Special Operations Unit, known for her decisiveness and quick judgment. Park Hyung Sik stars as Jung Yi Hyun, an intelligent and honest police detective in the violent crimes division. He is a former high school classmate of Yoon Sae Bom and harbors a sweet, romantic side.

Jo Woo Jin stars as Han Tae Suk, who is in the Armed Forces Medical Command and in charge of secretly discovering the cause of the infectious disease and stopping its spread.

Newly released stills from the upcoming drama show the cool charisma of Han Tae Suk. He’s working hard to solve the mystery of the new infectious disease that has completely changed everyone’s lives. He’s tense and guarded, and viewers can feel his urgency to control something.

In one photo, Han Tae Suk analyzes the data before him with sharp eyes, and in another photo, he is pointing a gun at someone with an icy expression. He’s the type of person who doesn’t show his emotions easily, piquing curiosity about the secret behind his poker face. Will he be able to find the cause of the new disease and the solution for it? 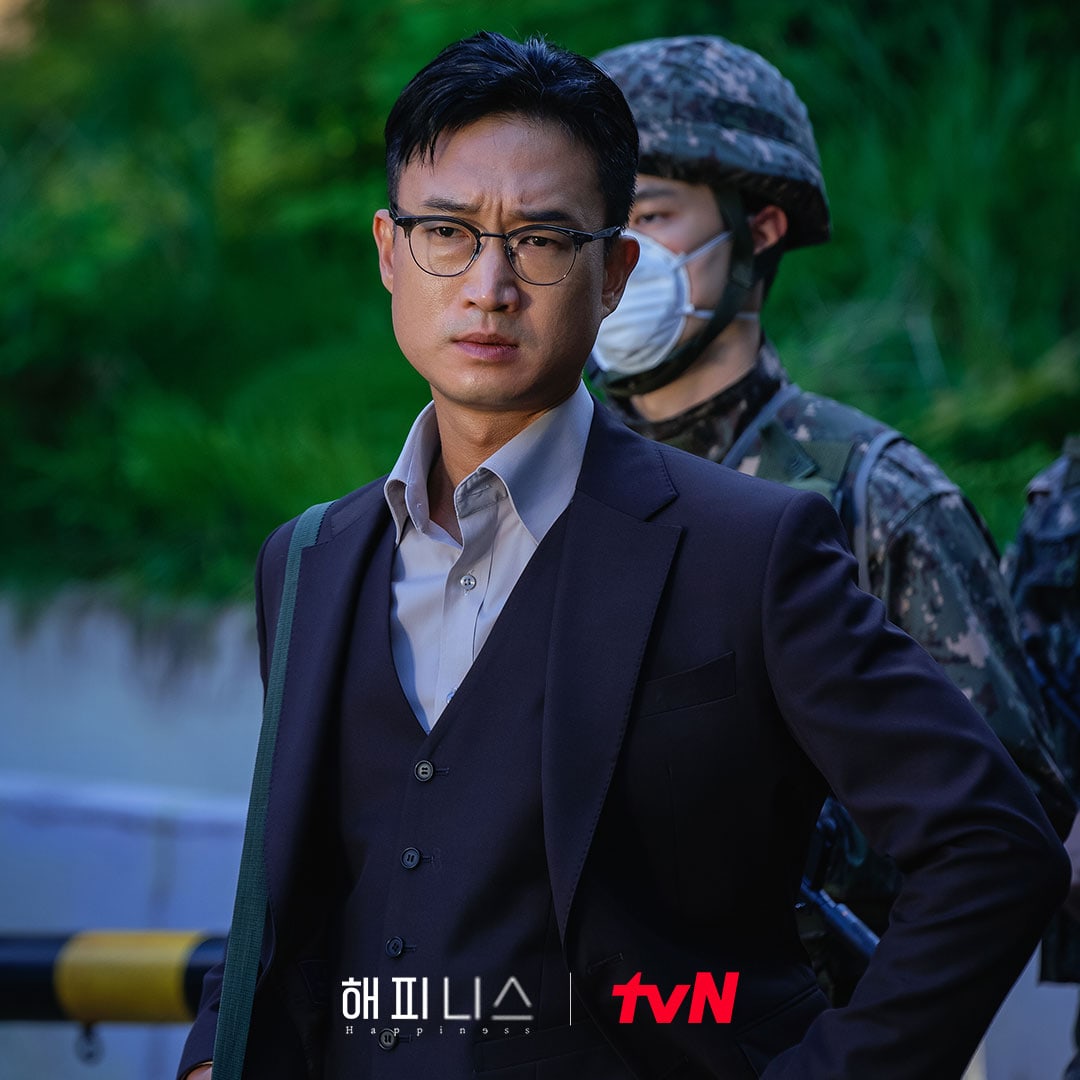 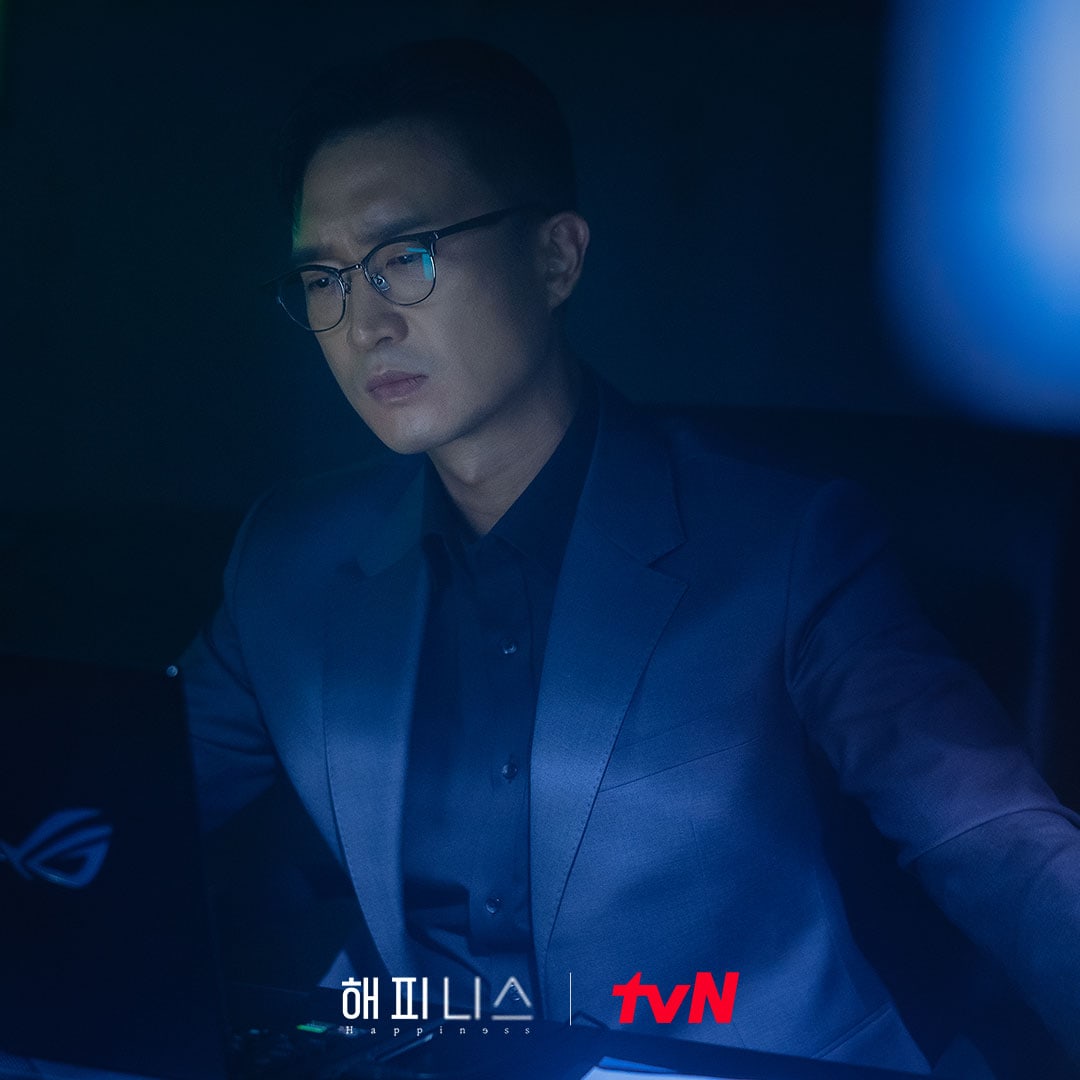 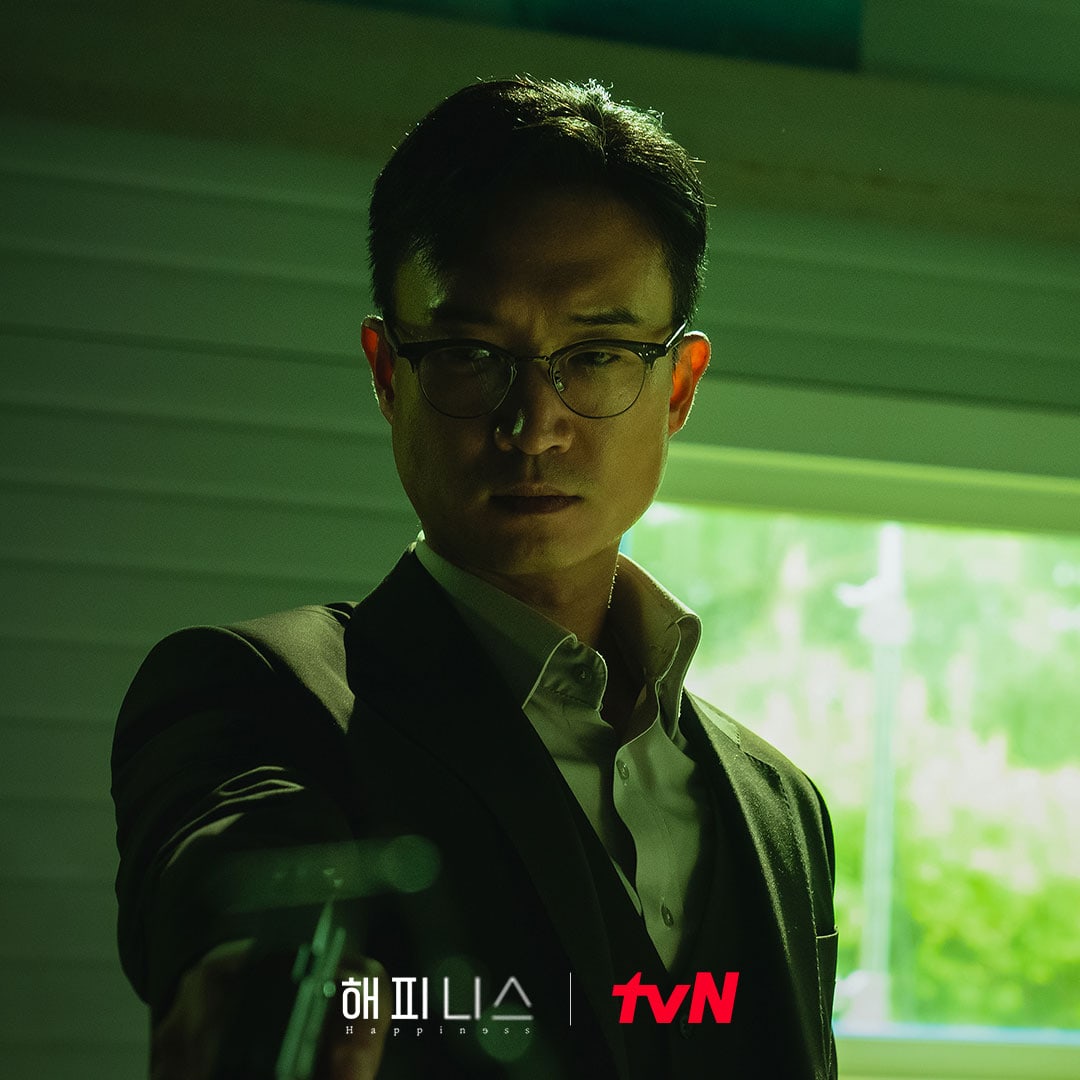 Jo Woo Jin shared his thoughts on the drama, saying, “Like the catchphrase of the drama ‘Currently Progressive Horror’, I got the feeling that this is a ‘reality-based drama’. The content of the outbreak of a new disease itself is not much different from the present reality, which destroys the wish that ‘it will end soon, it will be over soon.’ That is the charm and differentiation of ‘Happiness’.”

Concerning his character Han Tae Suk, the actor commented, “He’s a mysterious character. In the beginning, he functions as a character that raises the tension of the drama, but in the end, he is also a character who will be seen as a ‘person.'”

Then he added, “It will be fun to watch how Han Tae Suk changes, how his emotions flow, and what his character is like.”

While you’re waiting, check out Jo Woo Jin in “Rampant“:

Jo Woo Jin
Happiness
How does this article make you feel?