SBS’s “Lovers of the Red Sky” has shared a glimpse of a secret encounter between Ahn Hyo Seop and Kim Yoo Jung!

On the previous episode of “Lovers of the Red Sky,” Ha Ram agreed to the power-hungry Prince Joohyang (Kwak Si Yang)’s request to transfer Ma Wang over to him, piquing viewers’ curiosity as to what would happen next.

In the drama’s upcoming episode, despite being kept under close surveillance at Prince Joohyang’s home, Ha Ram manages to sneak out for a secret meeting with Hong Chun Gi ahead of the sealing ceremony.

Suspenseful new stills from the episode capture Ha Ram and Hong Chun Gi furtively meeting at night while avoiding the eyes of others, looking worried as if they are being chased by someone off-camera. They then passionately discuss the sealing ceremony with visible urgency, and Ha Ram looks surprised and nervous after hearing what Hong Chun Gi has to say. Meanwhile, Hong Chun Gi can’t hide how worried she is about Ha Ram staying with Prince Joohyang.

The producers of “Lovers of the Red Sky” teased, “There is a reason why the two of them meet urgently and secretly. This meeting will impact the sealing ceremony in an important way.” 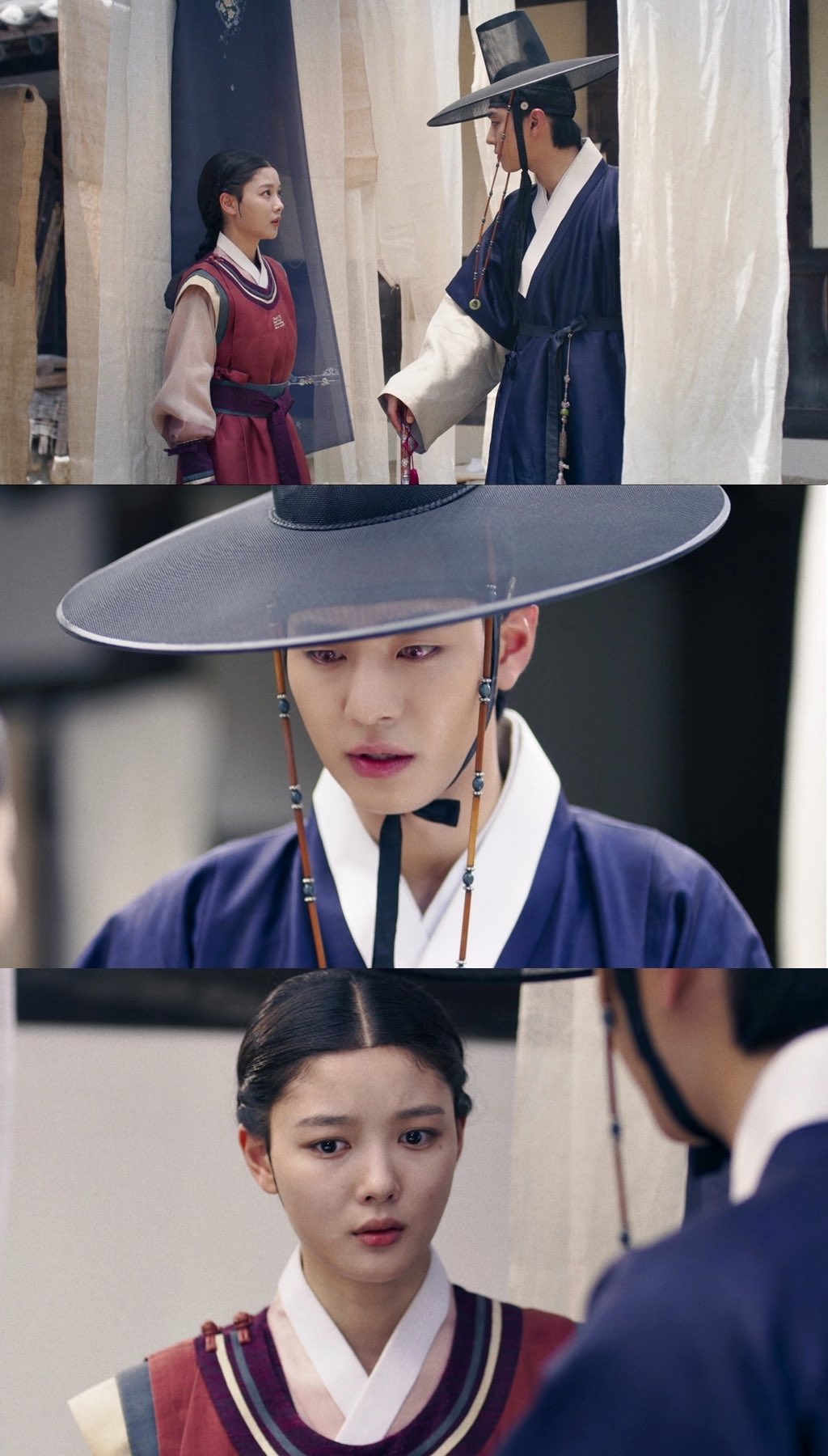 To learn the reason for Hong Chun Gi and Ha Ram’s secret meeting—and how it will affect the sealing ceremony—tune in to the next episode of “Lovers of the Red Sky” on October 18 at 10 p.m. KST!