Previously, Lee Young Kook got into an argument with his teenage daughter Lee Je Ni (Choi Myung Bin). Park Dan Dan helped them reconcile, which made his trust grow in her more.

New stills tease Lee Young Kook, Park Dan Dan, and his children going on a fun outing. The five of them are wearing adorable headbands and having a splendid time at the amusement park. Even Lee Young Kook, who is always in “serious mode,” shows off his cuteness with elephant ears and an infectious smile, and Park Dan Dan gazes at someone with a loving expression. Furthermore, the two seem to be holding hands in a haunted house, increasing anticipation for the direction of their romance. 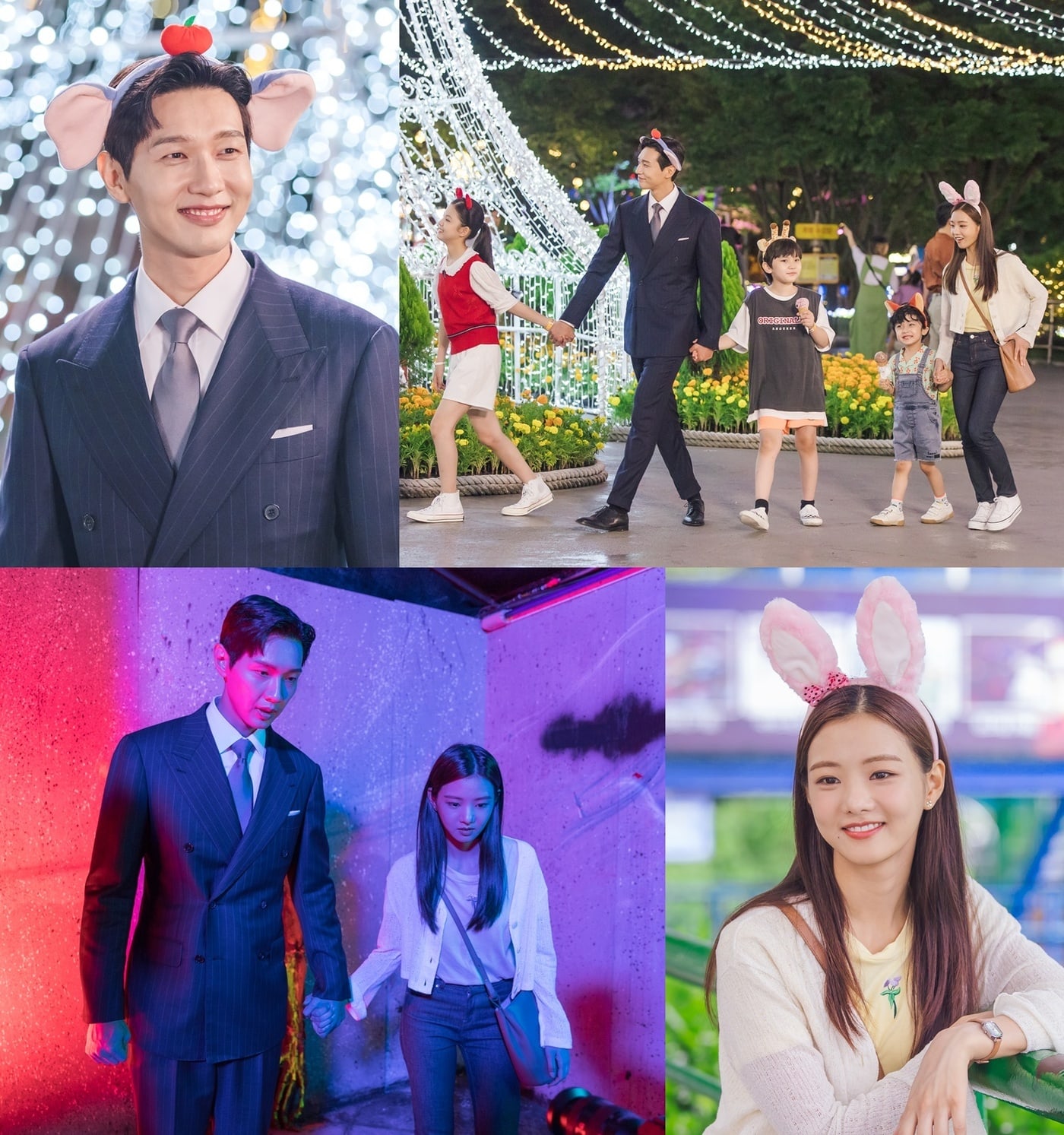 A second set of stills preview a contrasting atmosphere from the first photos. Park Dae Beom and Lee Se Ryeon are facing each other with cold eyes, and the atmosphere is thick with tension. He is looking at his girlfriend with earnest eyes that hints he’s in an unfair situation. However, her expression is full of anger, and she glares icily at him. In another photo, Park Dae Beom and Lee Se Ryeon are staring at each other in the rain. What are they arguing about, and what is causing her to pack her bags and leave his side? 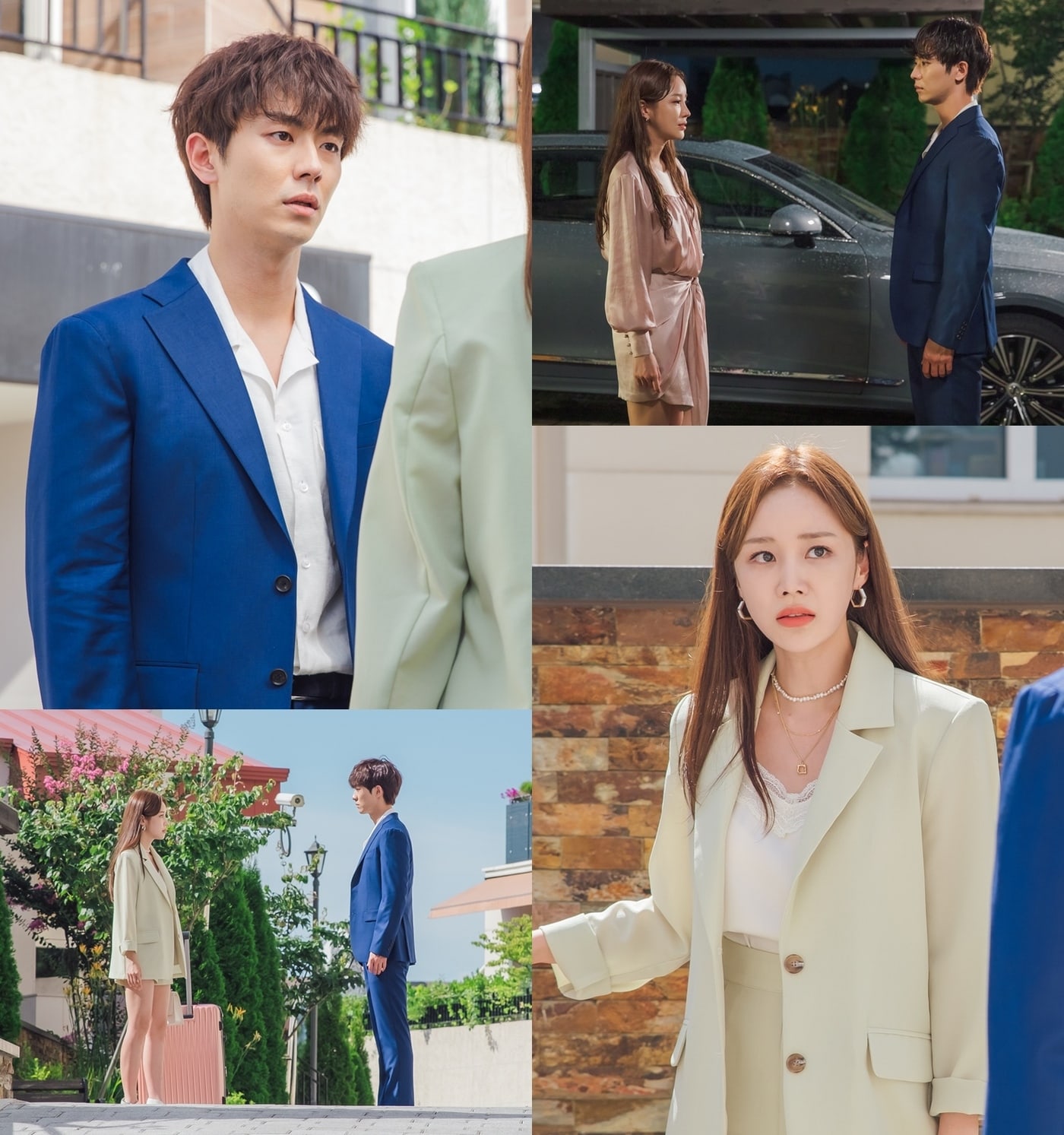