tvN’s “Hometown Cha-Cha-Cha” has shared a glimpse of a heartrending moment between Shin Min Ah and Kim Seon Ho.

On the previous episode of “Hometown Cha-Cha-Cha,” Yoon Hye Jin was hurt that Hong Doo Shik still couldn’t open up to her. However, she conveyed her sincerity by saying that she would wait until he would be able to do so. Before he could, he got involved in a messy affair when one of the production crew members of “The Seashore Grasshopper” punched him after finding out his real name. Viewers are eager to learn about Hong Doo Shik’s past that has haunted him to this day.

Newly released stills depict Yoon Hye Jin and Hong Doo Shik locked in a serious atmosphere. His eyes are empty and sunken, and her expression is shadowed with sadness. In one photo, Yoon Hye Jin attempts to lighten up the atmosphere with a cheerful smile, but there’s nothing but concern and unchanging affection on her face. Unfortunately, Hong Doo Shik, who is sitting on the couch while hugging his legs, seems to still be struggling, hinting that he has gone through unimaginable hardships. 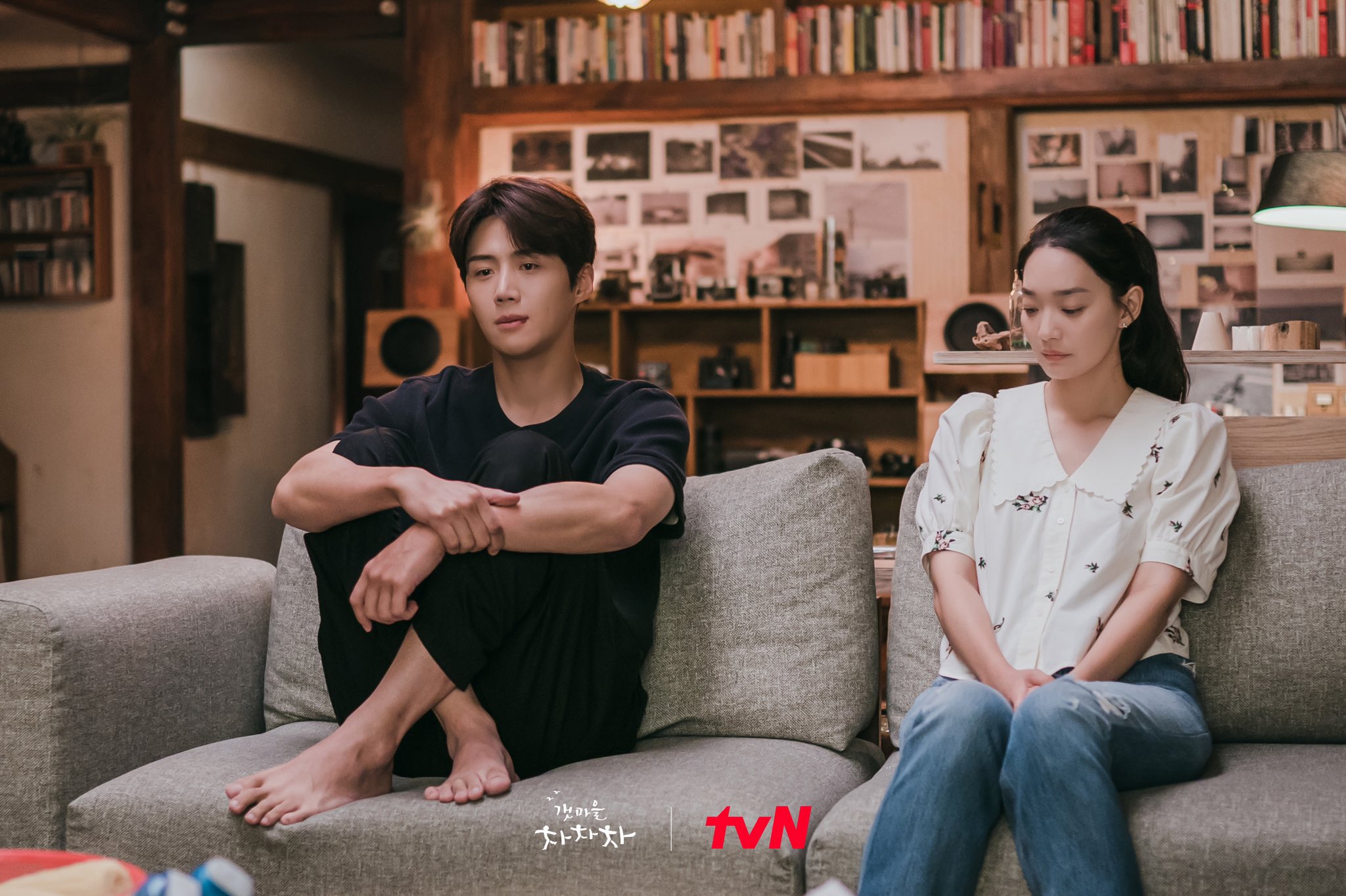 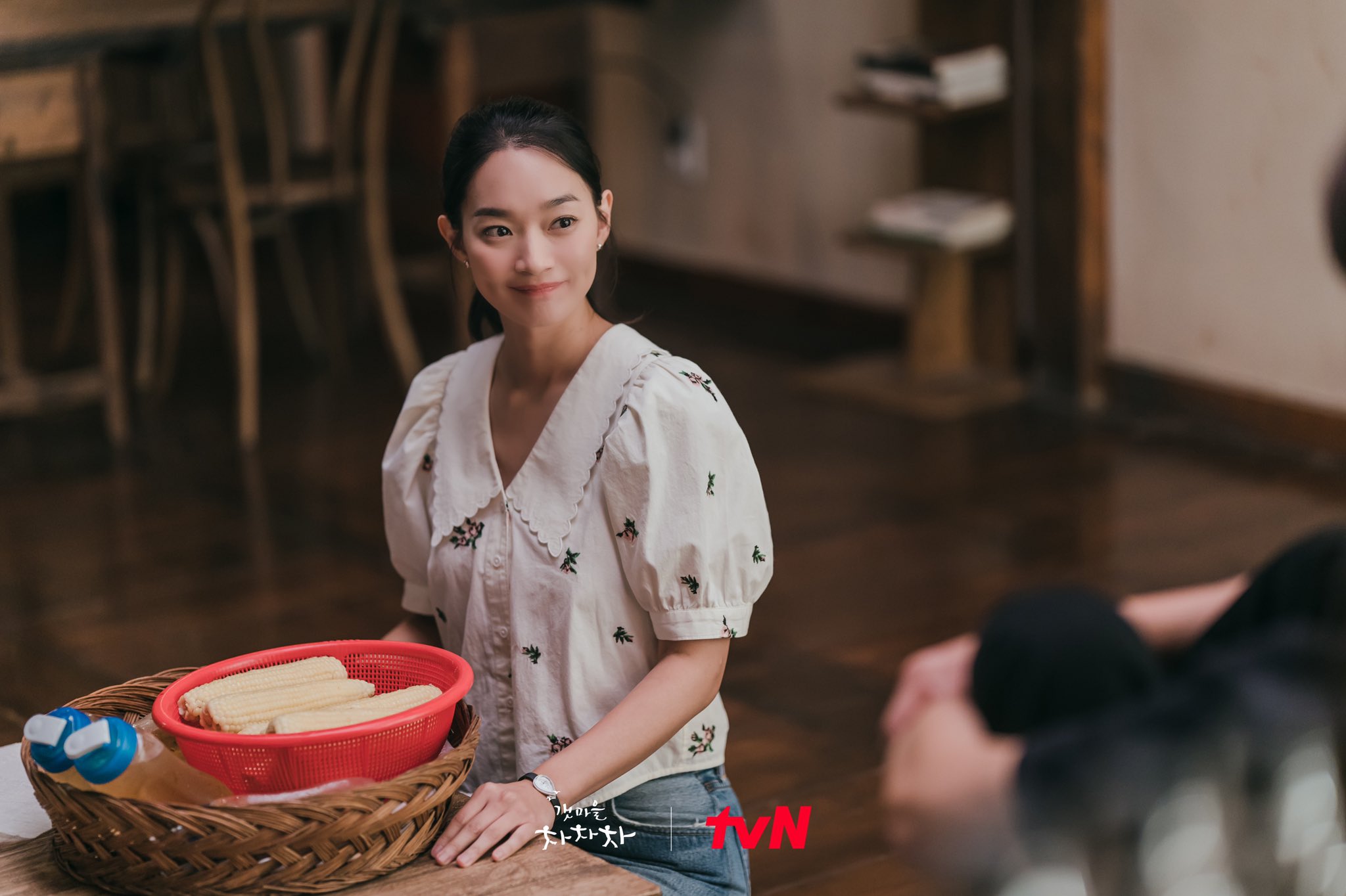 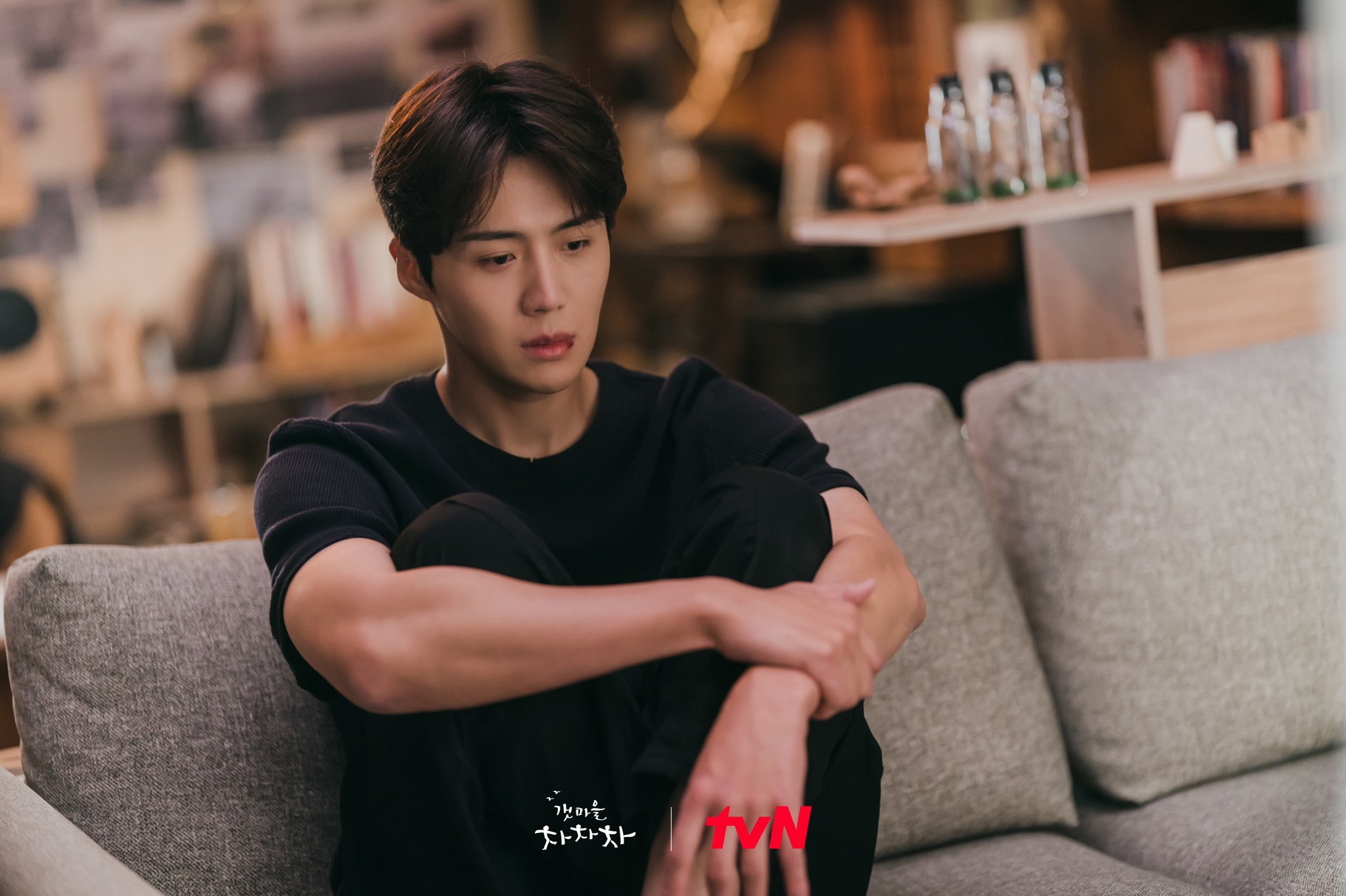 The drama’s producers hinted, “Finally, Hong Doo Shik will tell Yoon Hye Jin everything about his past. Please see what choice she will make after learning about his painful story. The detailed acting of Shin Min Ah and Kim Seon Ho, who perfectly immersed into their characters, that will make you tear up will be a key point. This crisis will lead to an interesting development in a ‘Hometown Cha-Cha-Cha’ style. Please anticipate it and show lots of interest [in the drama].”

In the meantime, check out Kim Seon Ho in “Two Cops“: