“Hometown Cha-Cha-Cha” And Kim Seon Ho Sweep No. 1 On Lists Of Most Buzzworthy Dramas And Actors

tvN’s “Hometown Cha-Cha-Cha” dominated this week’s rankings of the most buzzworthy dramas and cast members!

For the third consecutive week, “Hometown Cha-Cha-Cha” remained No. 1 on Good Data Corporation’s weekly list of the dramas that generated the most buzz. The company determines each week’s rankings by collecting data from news articles, blog posts, online communities, videos, and social media about dramas that are either currently airing or set to air soon.

SBS’s “Lovers of the Red Sky” rose to No. 2 on the list of most buzzworthy dramas, while stars Ahn Hyo Seop and Kim Yoo Jung climbed to No. 3 and No. 4 respectively in the actor rankings.

Meanwhile, SBS’s “One the Woman” was ranked the No. 3 most buzzworthy drama of the week, and stars Honey Lee and Lee Sang Yoon came in at No. 2 and No. 8 respectively on the actor list.

tvN’s “Yumi’s Cells” also made strong showings on both lists: the romantic comedy claimed No. 4 in the drama rankings, while stars Kim Go Eun and Ahn Bo Hyun ranked No. 7 and No. 9 respectively on the actor list.

Finally, MBC’s “The Veil” held onto its spot at No. 5 on the list of most buzzworthy dramas, with star Namgoong Min similarly maintaining his position at No. 6 in the actor rankings.

The top 10 dramas that generated the most buzz in the first week of October are as follows: 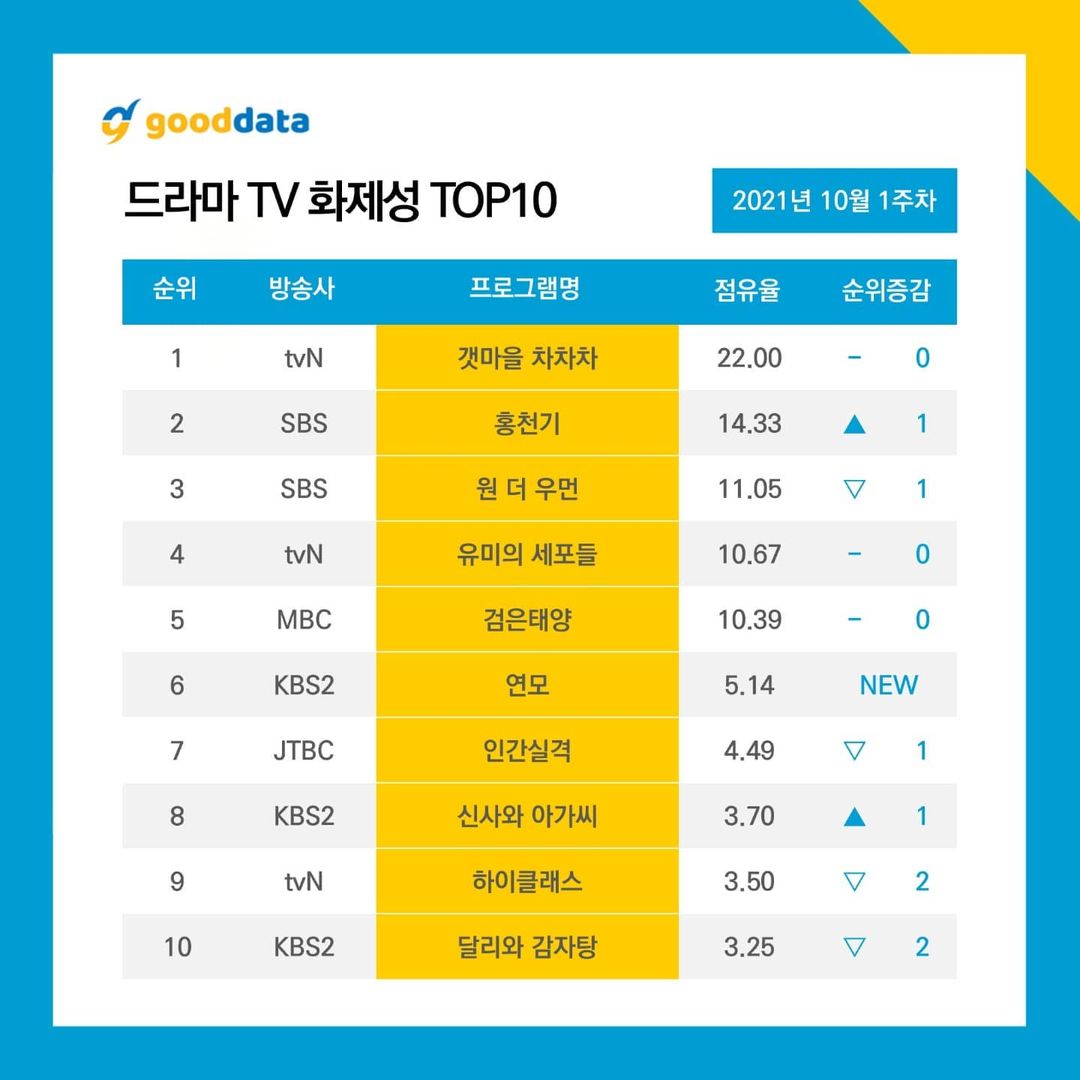 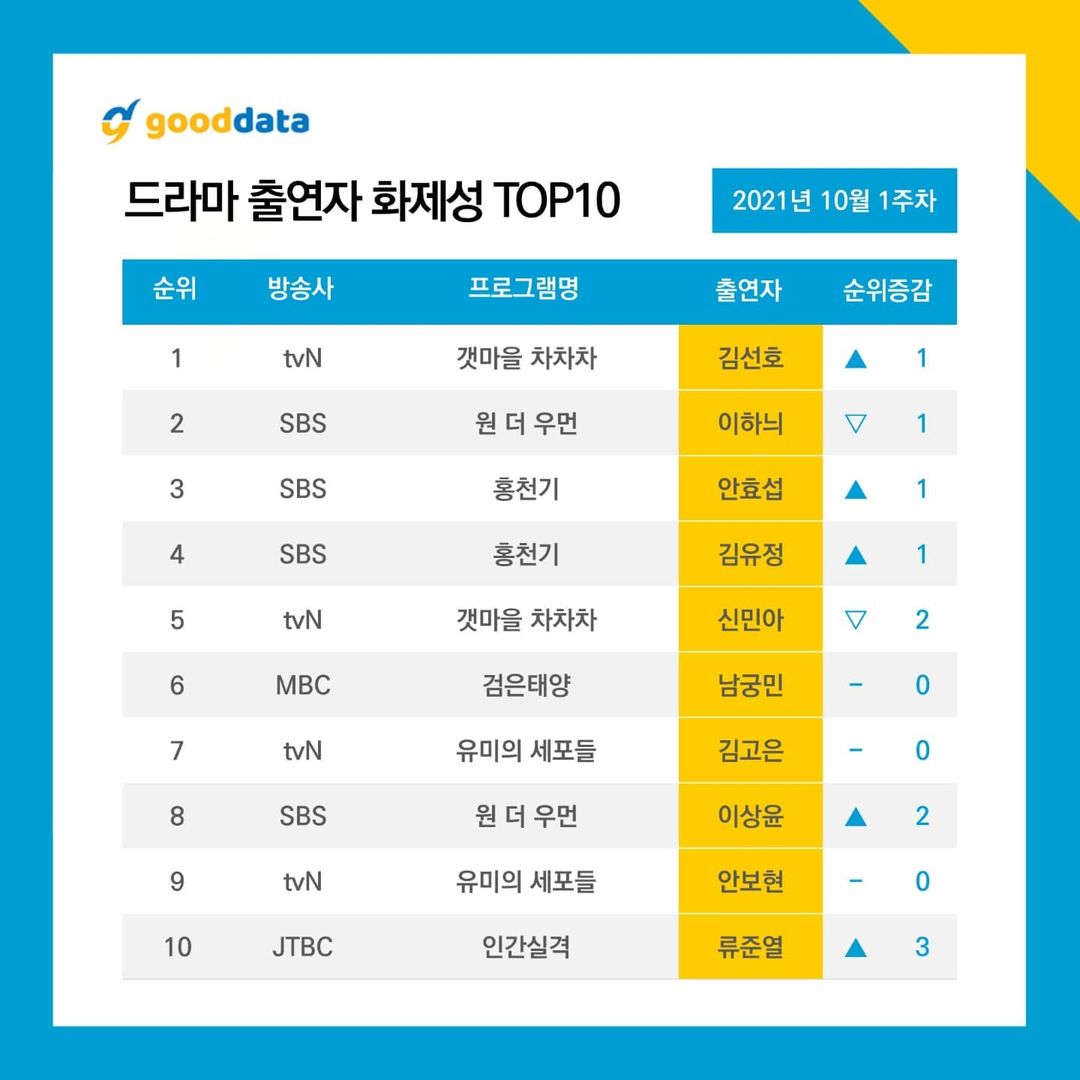