On the October 17 episode of SBS’s “My Little Old Boy,” Gummy appeared as a special MC.

About Gummy and Jo Jung Suk’s relationship, host Shin Dong Yup said, “Jo Jung Suk promotes in various fields now and is receiving a lot of love, but they first met when he was a musical actor and always on the go. I heard that he pursued you a lot back then.” Gummy said, “I like movies and dramas a lot, and he likes music a lot, so there were a lot of areas where we could relate to each other.”

The couple, who dated for five years before getting married in 2018, have a daughter together, born in August 2020. Gummy shared that Jo Jung Suk often calls her when he’s out working, even when she tells him it’s okay not to, and that he likes to communicate with their child as well. She added, “It would be a lie to say that childcare isn’t hard, but she’s so pretty and I’m so happy that my affection also feels like a burden. I wanted to ask the mothers about this, because I ask my mom all the time. It’s tough because my baby is so adorable, the other parts aren’t hard.” 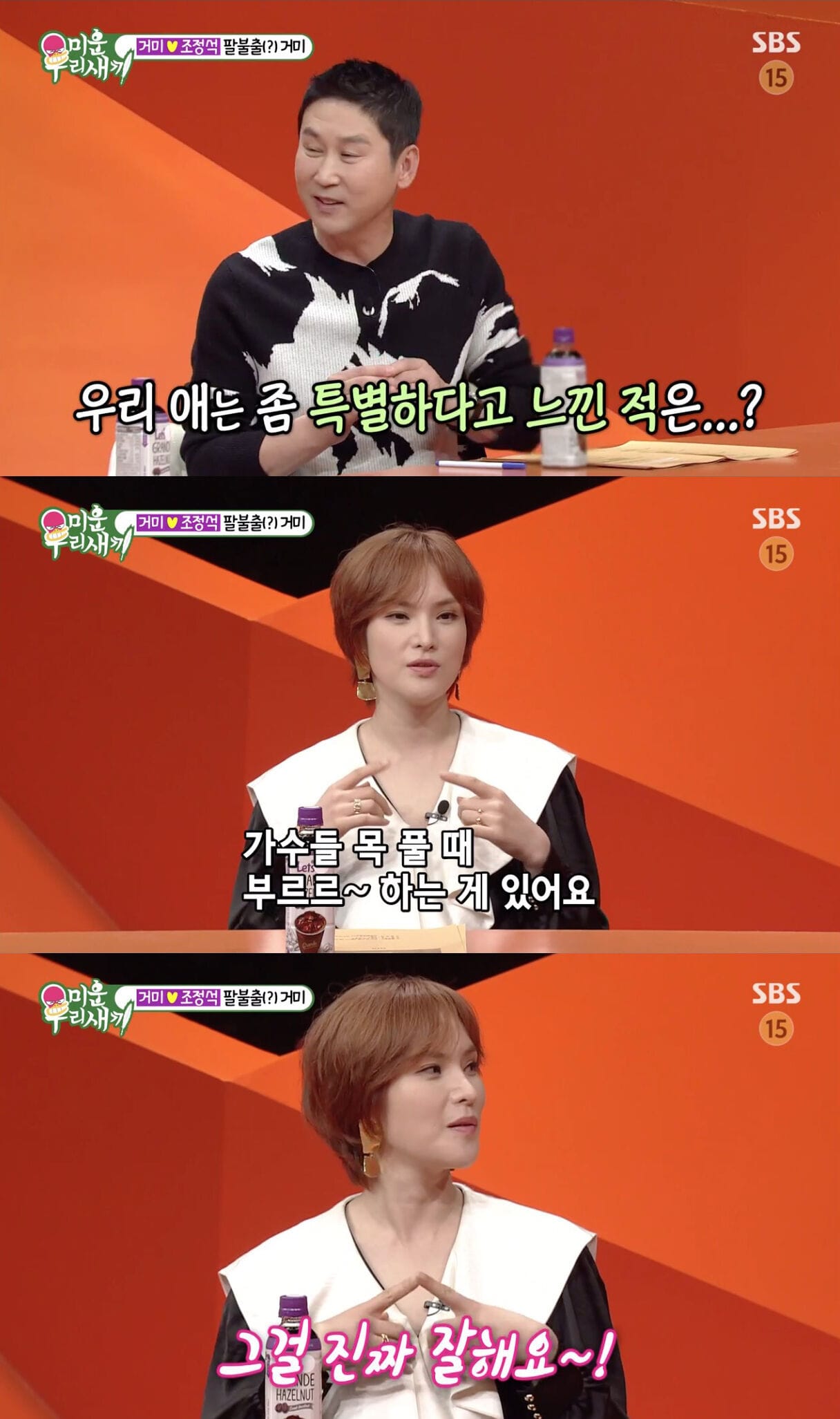 Kim Hee Chul’s mother asked if Jo Jung Suk was similar to how he appears in the drama “Hospital Playlist,” and Gummy answered, “There are times when he’s funny like that, but there are also many times when he’s quiet and serious. He’s not always bright. He’s generally witty and warm-hearted.”

Asked which of her parents her daughter most resembled, Gummy said, “I think that she physically resembles her dad. She looks really similar to her dad’s baby pictures.” However, she added, “There’s a mouth warm-up that singers do when they’re warming up. She’s really good at that. It’s so fascinating. Whenever I do it, she copies me. She has a powerful voice.”

Shin Dong Yup said, “I once asked Jo Jung Suk while we were sharing a meal and drinks together if he plans to have more kids. He said that he definitely does. I called Gummy and she said, ‘I didn’t know about that, does my husband say that?'”

Asked if she would marry Jo Jung Suk again in another life, she said, “I don’t really think I’ll be reborn… But if I was, and if he wanted to marry me, I’d be grateful to marry him again.” 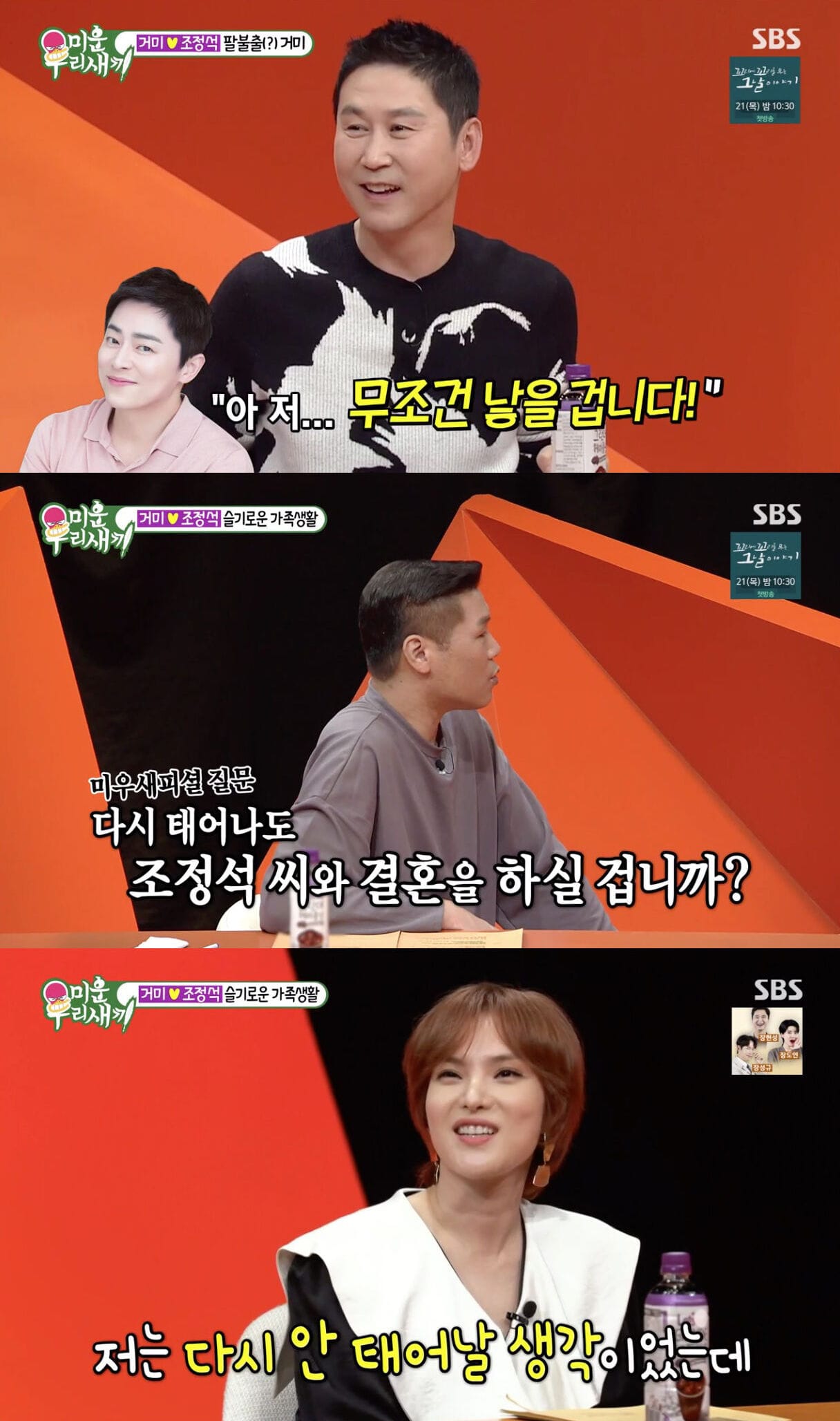 Gummy
Jo Jung Suk
My Little Old Boy
How does this article make you feel?