Lee Yoo Bi On Which “Yumi’s Cells” Co-Star She’s Closest To, Her “The Penthouse 3” Cameo, And More

Lee Yoo Bi recently talked with @star1 magazine about her current role in “Yumi’s Cells,” making a cameo in “The Penthouse 3,” and more!

tvN’s “Yumi’s Cells” is a drama based on a hit webtoon about an ordinary office worker named Yumi (played by Kim Go Eun), told from the perspective of the brain cells in her head controlling her thoughts, feelings, and actions. Lee Yoo Bi plays Ruby, a flirtatious and whimsical yet lovable and affectionate co-worker of Yumi.

Lee Yoo Bi discussed how busy she was these days with filming “Yumi’s Cells,” sharing, “Since this drama plans to air over multiple seasons, filming is continuing non-stop, so I’m incredibly busy. Even when we’re done, we’re really not done. That’s why I’m filming the drama everyday, and I also recently opened my YouTube channel ‘YUBI,’ so I’m preparing for that at the same time. Because [the channel features] singing content, I want to do a good job, so I always take singing lessons on days when I don’t have drama filming scheduled.”

Regarding her character Ruby, Lee Yoo Bi commented, “Ruby is really fresh, lovely, and bright. She can be sly like a fox, but you can’t dislike her.” She continued with a laugh, “Even just thinking about about Ruby, she’s so funny. I feel like, ‘This character is really amazing.’ Even though I’m acting as Ruby, there are times when I truly feel respect for Ruby.” Referring to the character’s efforts to win over her crush, Lee Yoo Bi explained, “I don’t think I’d be ever be able to do what Ruby does if I were in her shoes. She writes her own screenplay to make romance happen, which is both amazing and cute.”

The actress also talked about trying her best to recreate the webtoon character of Ruby and the difficulties of doing so. Lee Yoo Bi explained, “If I had to name something difficult [about playing the character], it’s that Ruby is always bright and energetic, so even when I’m acting, I always have to maintain a high level of energy. As she’s so playful and lovely, maintaining that vibe is a bit hard.” 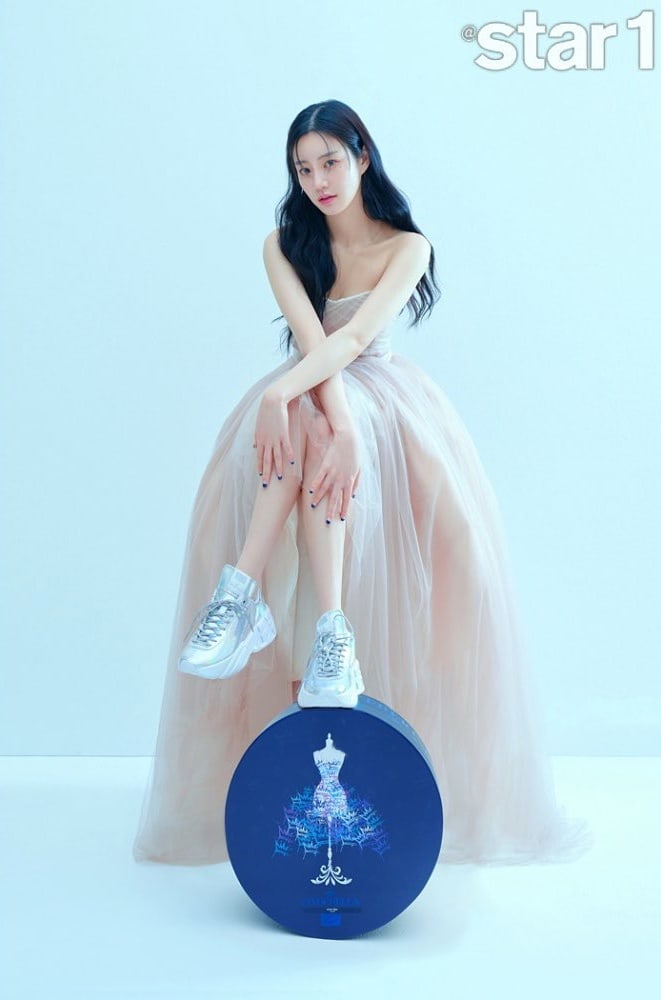 When asked about her similarities to and differences from Ruby, Lee Yoo Bi answered, “Although we don’t have a lot of similarities, if I had to pick one, it would have to be that we look similar, which is something that came up during my casting. My personality and Ruby’s personality are also completely different. I don’t have a calculating personality like Ruby does. Although I also tend to have a lot of energy, I don’t have a bubbly personality, so we’re quite different in that respect. Ruby is someone to whom aegyo is second nature. If my aegyo isn’t sincere, it doesn’t come out well.”

Lee Yoo Bi revealed that she’s gotten closest to Kim Go Eun out of her co-stars, adding, “I’ve also gotten closer to Ahn Bo Hyun. I met him for the first time on this set, and he’s been using hair extensions to portray his character Goo Woong. He looks so different with and without the extensions, so I get surprised every time I see him. Without them, he looks masculine with a strong appearance, so I’ve even asked him, ‘You’re not mad, right?'” 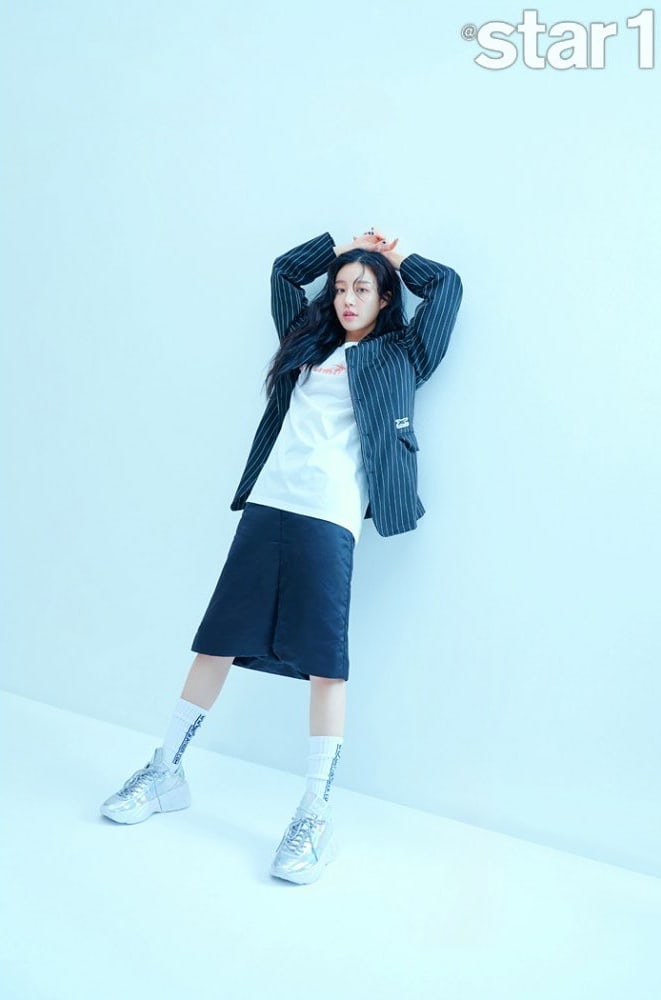 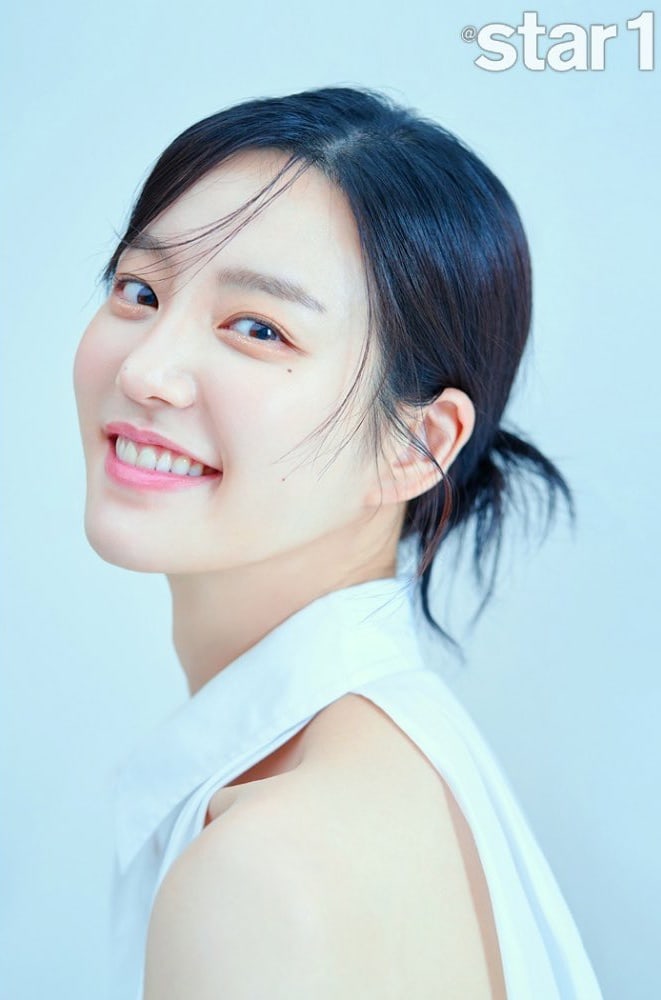 Earlier this year, Lee Yoo Bi made a cameo appearance in SBS’s “The Penthouse 3” as a tough character who gets into a messy situation with Joo Seok Kyung (Han Ji Hyun). She commented, “It was so much fun. I was a big enough fan to watch all of Seasons 1 and 2 of ‘The Penthouse,’ so I was happy to receive a casting offer. It was even better that it was such an intense and unexpected character that was so different from my roles up until now.”

She also shared the story behind her character’s pigtails, saying, “My opinion was incorporated into this hairstyle. In the script, my character was described using the word ‘grubby,’ and when I’m just resting at home, I do those messy pigtails. We tried to do the exact hair that I do at home. With a bare face and messy hair, you definitely look pretty ‘grubby.’ I think it suited the character well.”

The interviewer mentioned that Lee Yoo Bi must be excited to greet her fans through an acting project, and she replied, “I’m so excited because it’s been a while. My fans have waited for me for a really long time. Since it’s finally out, please give ‘Yumi’s Cells’ lots of love, and I hope my fans receive Ruby’s positive energy and are able to close out this year happily.”

@star1
Lee Yoo Bi
Yumi's Cells
The Penthouse 3
How does this article make you feel?