“The Penthouse” star Choi Ye Bin has shared that she was once a victim of a voice phishing scam!

On the October 16 episode of JTBC’s “Knowing Bros,” Choi Ye Bin appeared as a guest alongside her “The Penthouse” co-stars Kim Hyun Soo and Jin Ji Hee. During the show, the actress told the story of how she had once fallen prey to a fraudster over the phone.

“I thought that voice phishing scams were always family-related,” said Choi Ye Bin. “I never imagined that someone could impersonate [an employee from] a federal institution. But someone told me that they were a prosecutor and said, ‘This is Choi Ye Bin, right? The money in your account has been used in connection to a crime. If you don’t cooperate, you’ll have to be investigated as well.'”

“They told me to search them online,” she continued, “and so I checked [the fraudulent prosecutor’s] name and photo and everything online. So I believed them right away, and I talked to them on the phone for an hour.”

Choi Ye Bin explained, “This was before my debut, and it was a difficult time for me, so the entirety of my savings that I had in my bank account was 900,000 won [approximately $761]. If they had said, ‘Send me that money,’ I would have grown suspicious, but instead, they told me to transfer all that money to a gift certificate for the time being. So I immediately ordered a 900,000-won gift certificate. Then they said that if I told them the number of the gift certificate, they’d return it to me as money once the investigation was over.”

To the shock and horror of everyone on set, she went on, “So I told them the number, and as of that day, my bank account had a zero balance.”

“While I was talking to them on the phone,” added the actress, “I thought to myself, ‘Wow, I feel safer now that I personally know a prosecutor.'” 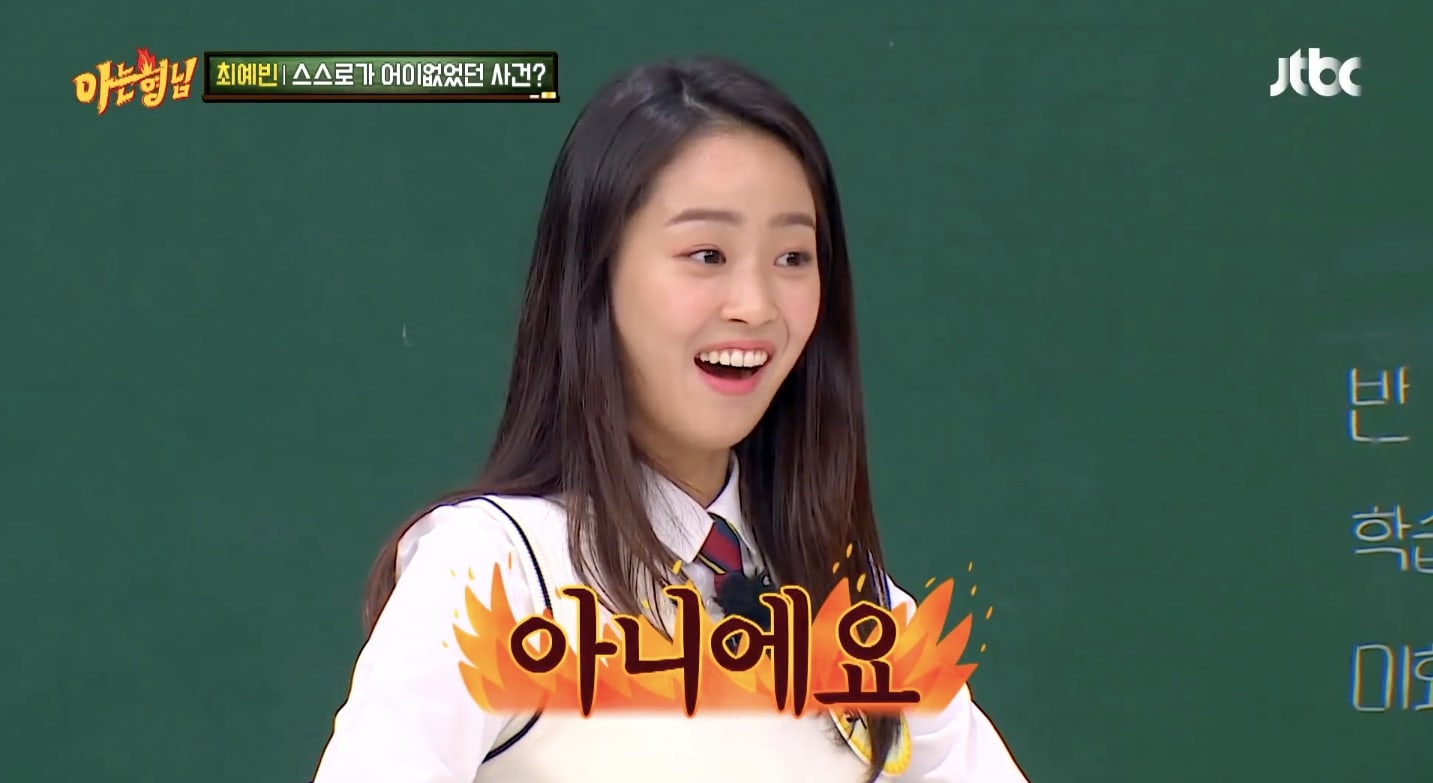 When asked how she figured out that she had been scammed, Choi Ye Bin revealed that while working out at the gym later that day, she had told the story to her trainer, who asked, “Are you sure this isn’t voice phishing?” She went on to recall, “I said, ‘Of course not, what are you talking about?’ Then I worked out for an hour. But afterwards, they never called, and I thought to myself, ‘Why aren’t they answering the phone?'”

Watch Choi Ye Bin in “The Penthouse 3” with subtitles here…

…and watch full episodes of “Knowing Bros” below!

Knowing Bros
Choi Ye Bin
How does this article make you feel?