KBS’s “The King’s Affection” has released new stills of Park Eun Bin and SF9’s Rowoon ahead of the upcoming episode!

In the previous episode, Lee Hwi and Jung Ji Woon had a fateful reunion. It was a nerve-wracking situation in which Lee Hwi’s actual gender was almost revealed, and viewers are looking forward to what will happen to them next.

The preview for episode 3 shared a glimpse of Jung Ji Woon searching for Lee Hwi, describing her as someone “pale with a small face and dark brown hair.” He has no idea she’s the crown prince, and he secretly enters the palace to search for her among the court ladies. On the other hand, Lee Hwi is anxious because Jung Ji Woon saw a side of her he should never see. To make matters worse, he knew her when she was Lee Dam Yi, and Lee Hwi vows to kill him to avoid any messy situations in the future.

Newly released stills depict a heart-pounding moment between Lee Hwi and Jung Ji Woon. Lee Hwi spots Jung Ji Woon, who was walking around the palace at night, and aims her arrow at him. Jung Ji Woon’s eyes are wide with fright, and his cheek is bleeding from the fresh wound. 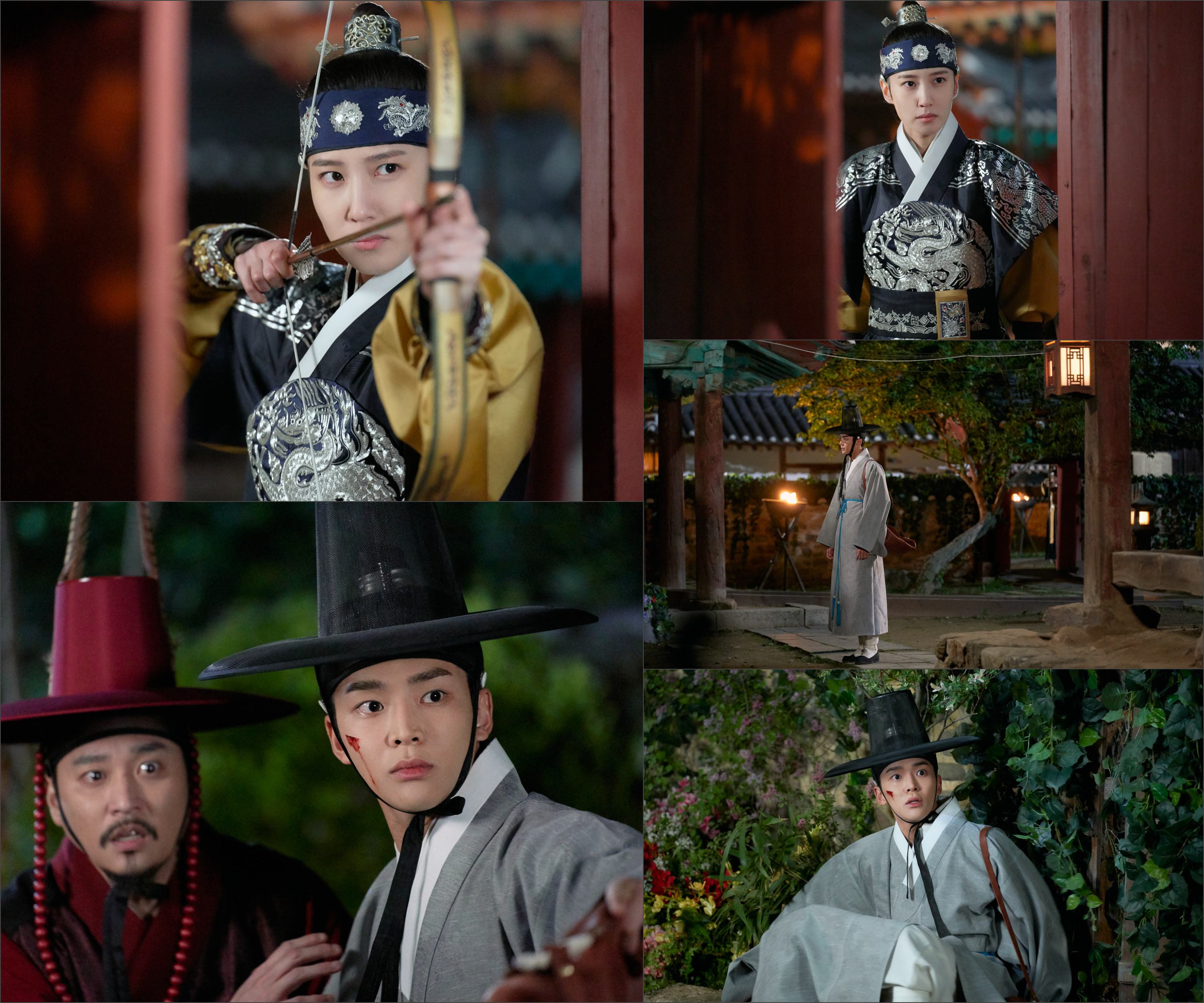 The producers commented, “Lee Hwi and Jung Ji Woon, who met again without knowing about each other’s identities, will reunite as if foretelling their fate. Please pay attention to Lee Hwi, who instinctively knows she should avoid him but can’t erase the meeting with him, and Jung Ji Woon, who feels a fateful attraction to her and approaches her.”