Based on a novel, “The Red Sleeve” is a traditional historical drama that tells the record of an imperial court romance between a court lady who wanted to protect the life she had chosen and an emperor who put the nation first before love.

2PM’s Junho stars as Yi San, the direct descendant and eldest grandson of the king and who will later become King Jeongjo. Lee Se Young stars as Seong Deok Im, a court lady who wants to make her own decisions about life rather than be one of the king’s many women. Kang Hoon co-stars as Hong Deok Ro, a government official who hides a cold personality under a seemingly warm and kind exterior.

Each of the characters shares their inner desires in their poster captions. Junho captures Yi San’s fiery charisma as the future king with his sharp gaze and regal posture. His caption reads, “I’m being patient because there’s something I want to achieve. In order to get what you want, you have to endure.” The caption embodies the future king’s determination to take responsibility for his nation and his people. 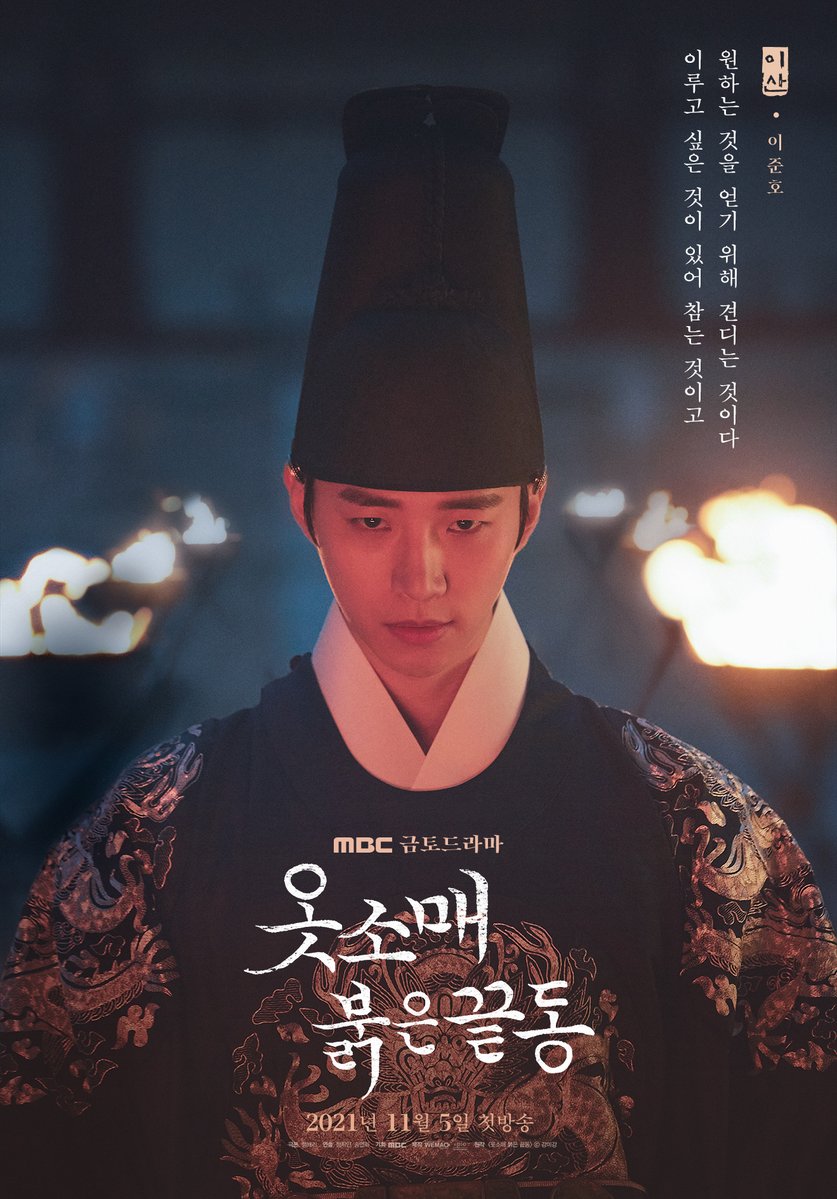 Lee Se Young captures her character, Seong Deok Im, in a moment of happy, wistful dreaming as she reads a book by the sunlit window. Her caption reads, “Even if it’s small, I want to live while making my own choices.” She is dreaming of a quiet life but her life undergoes an upheaval when she meets Yi San. 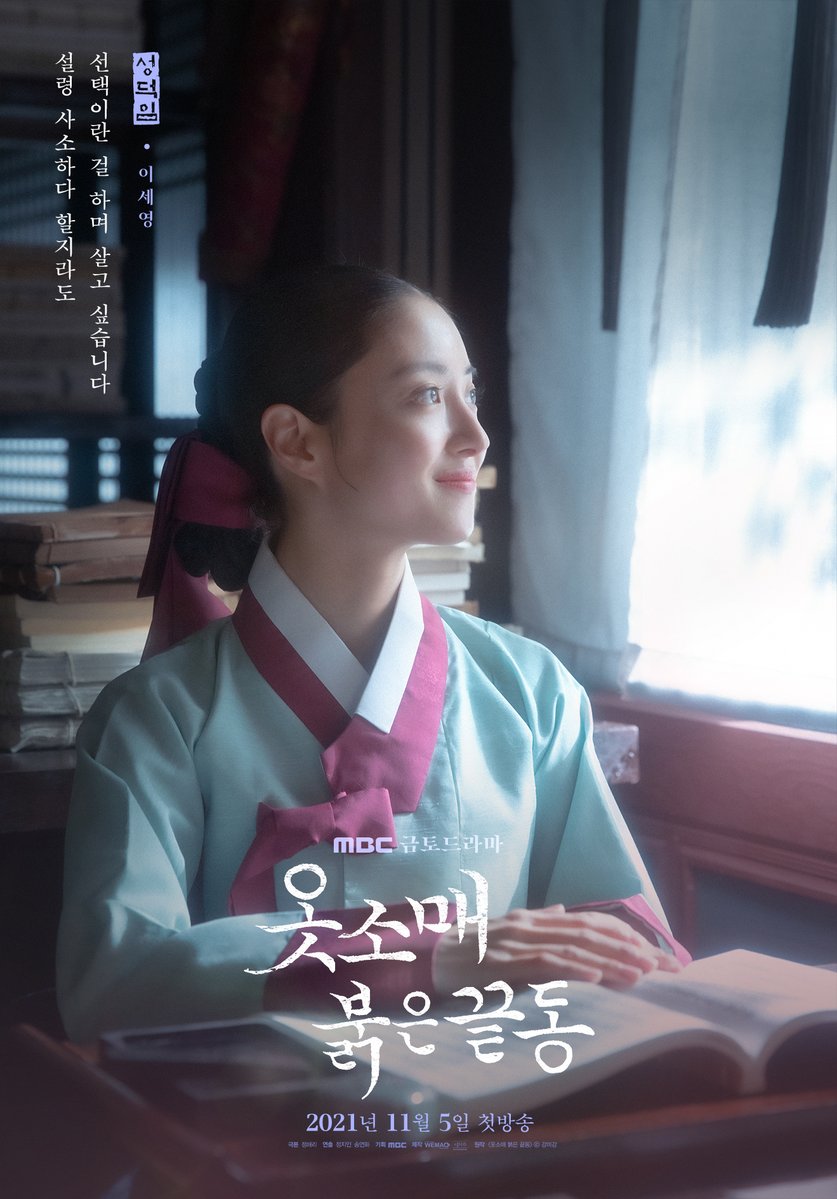 In his poster, Kang Hoon captures his character Hong Deok Ro’s beautiful face and the cold personality that lies underneath. He is known as Joseon’s most handsome man, but his gaze holds a sharp and burning ambition. His caption reads, “In my heart, there is a sun that is burning like fire,” prompting curiosity about what desire Hong Deok Ro is holding in his heart. The character is also described as a kingmaker who will stick at nothing to put Yi San on the throne. 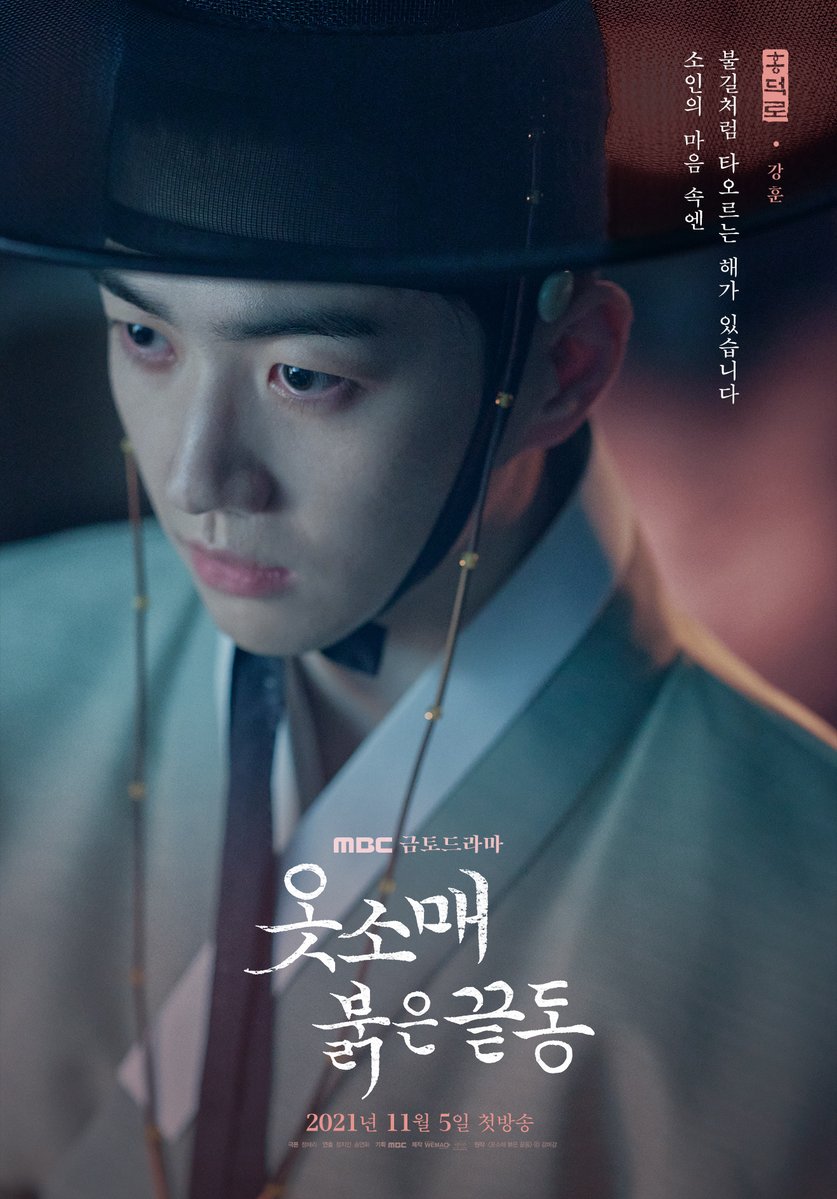 Check out a trailer: