The romantic comedy stars Kim Min Jae as Jin Mu Hak, a man who lacks schooling and book smarts but is extremely resourceful and talented at making a living, and Park Gyu Young as Kim Dal Li, a woman who is intellectually polished and comes from an elite background but doesn’t know how to take care of herself. The drama also captures the stories of Jang Tae Jin (Kwon Yool), Joo Won Tak (Hwang Hee), Ahn Chak Hee (Yeonwoo), and the people associated with DonDon F&B and Cheongsong Art Gallery.

In the new behind-the-scenes still, Kim Min Jae, Park Gyu Young, and all the other cast members energize the set with their bright smiles, showcasing great chemistry no matter who they’re with. 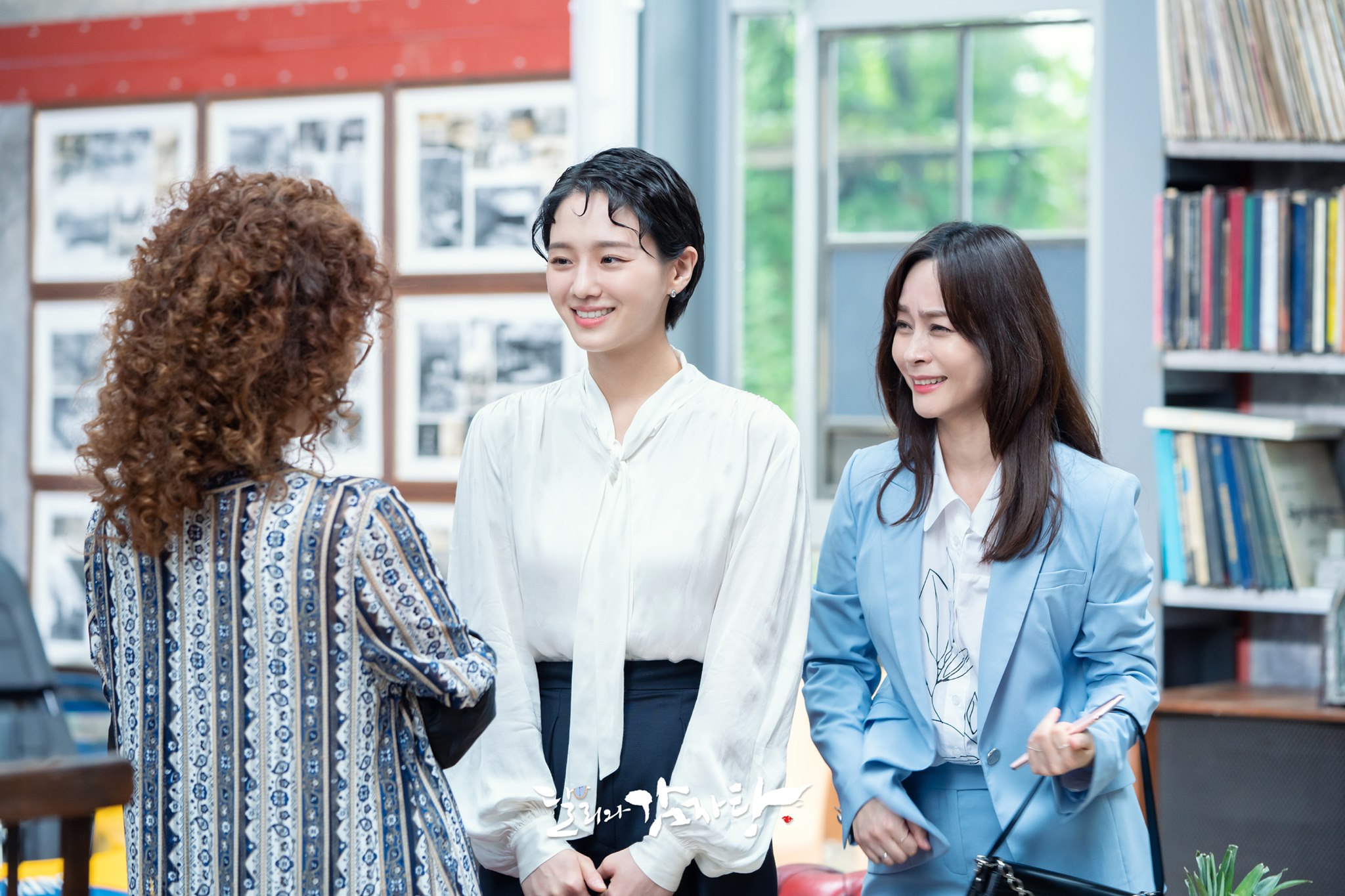 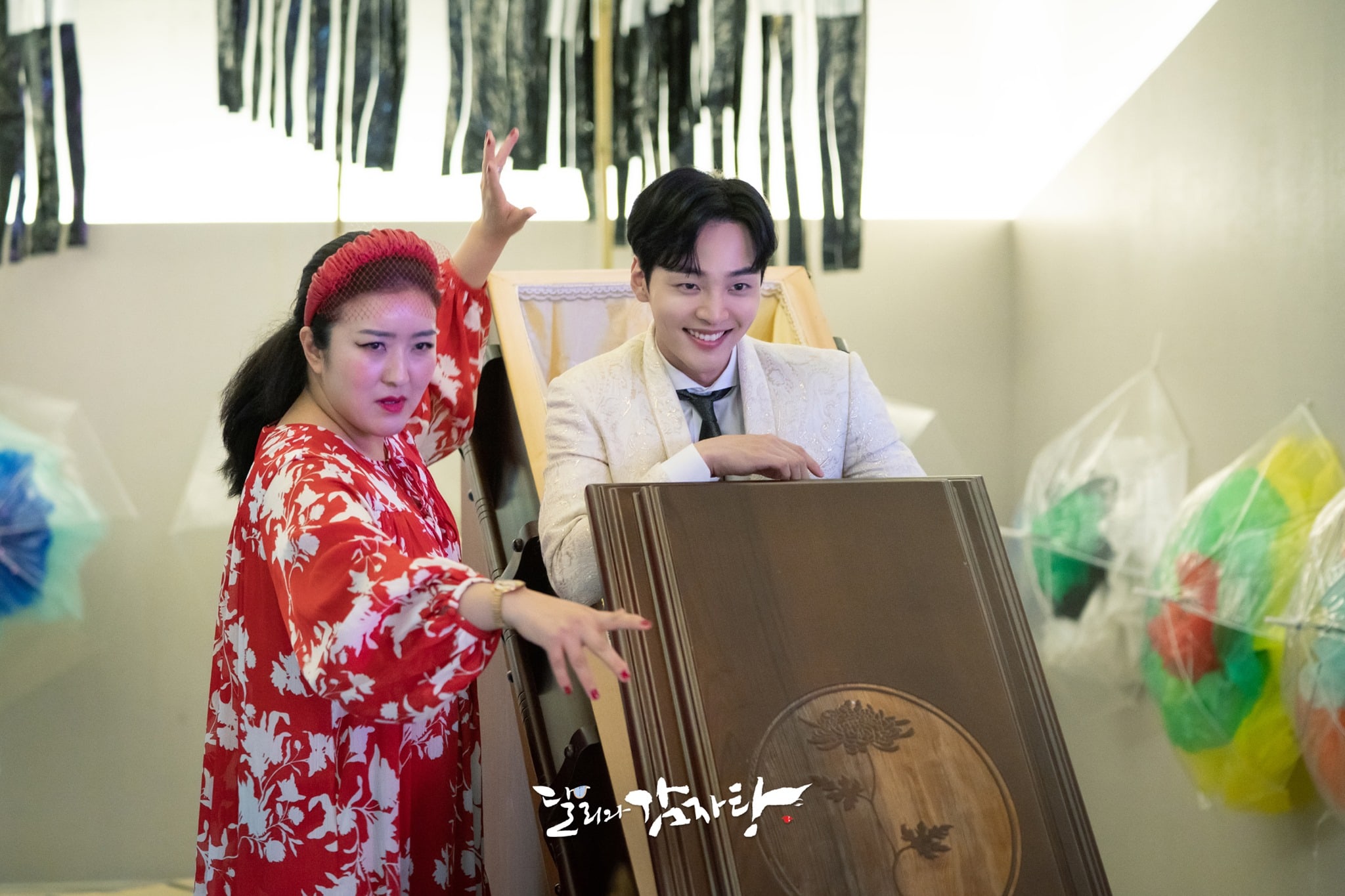 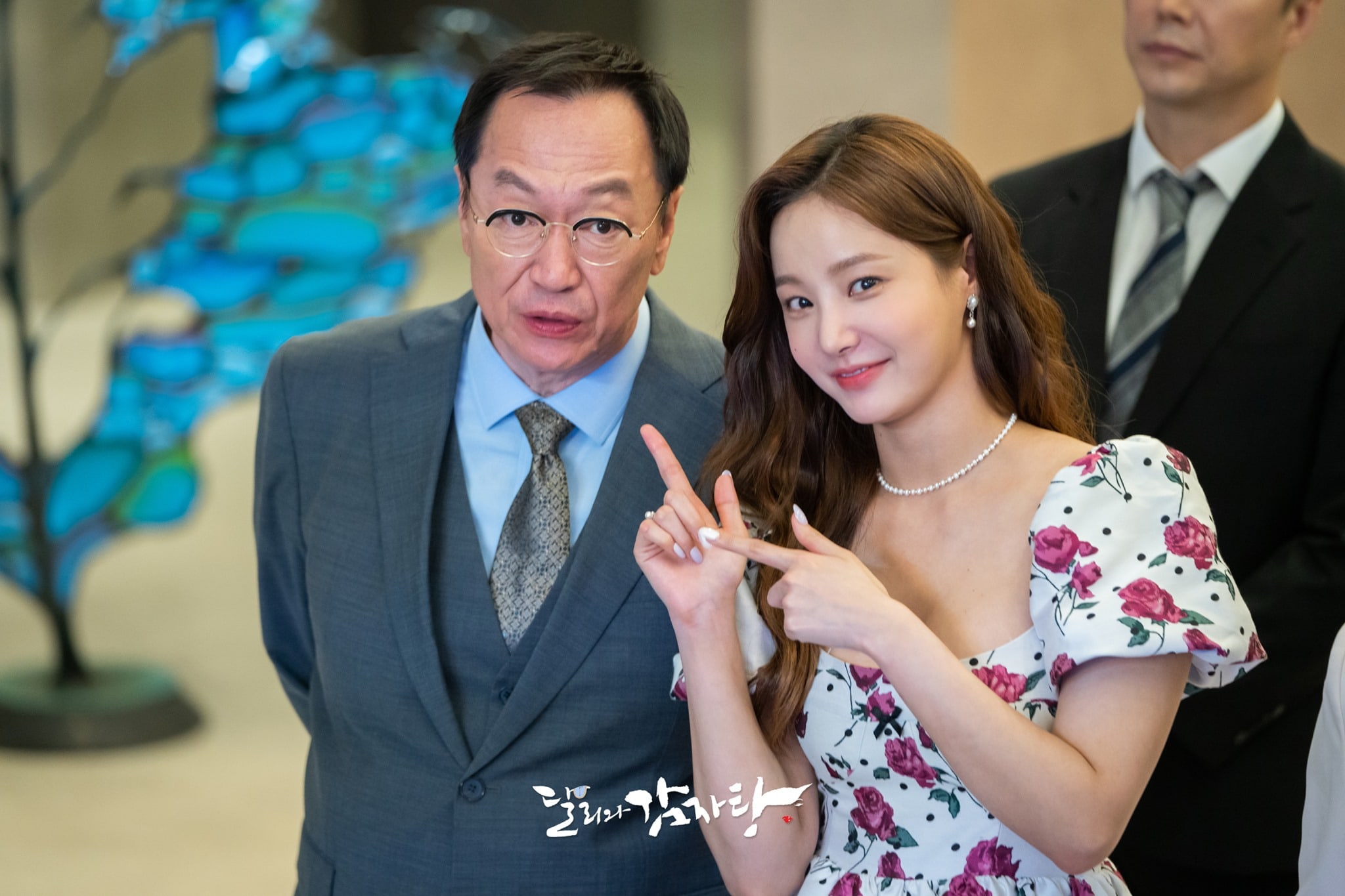 One photo captures the DonDon F&B family as Kim Min Jae, Ahn Kil Kang, Seo Jung Yeon, Hwang Bo Ra, and Lee Jae Yeon pose with their signature hand sign representing pigs. Although they sometimes bicker fiercely in the drama, the actors have tight teamwork that warms up the set. Furthermore, Kim Min Jae and Hwang Bo Ra also have hilarious chemistry, which they show off through their comical poses that bring laughter to the set. 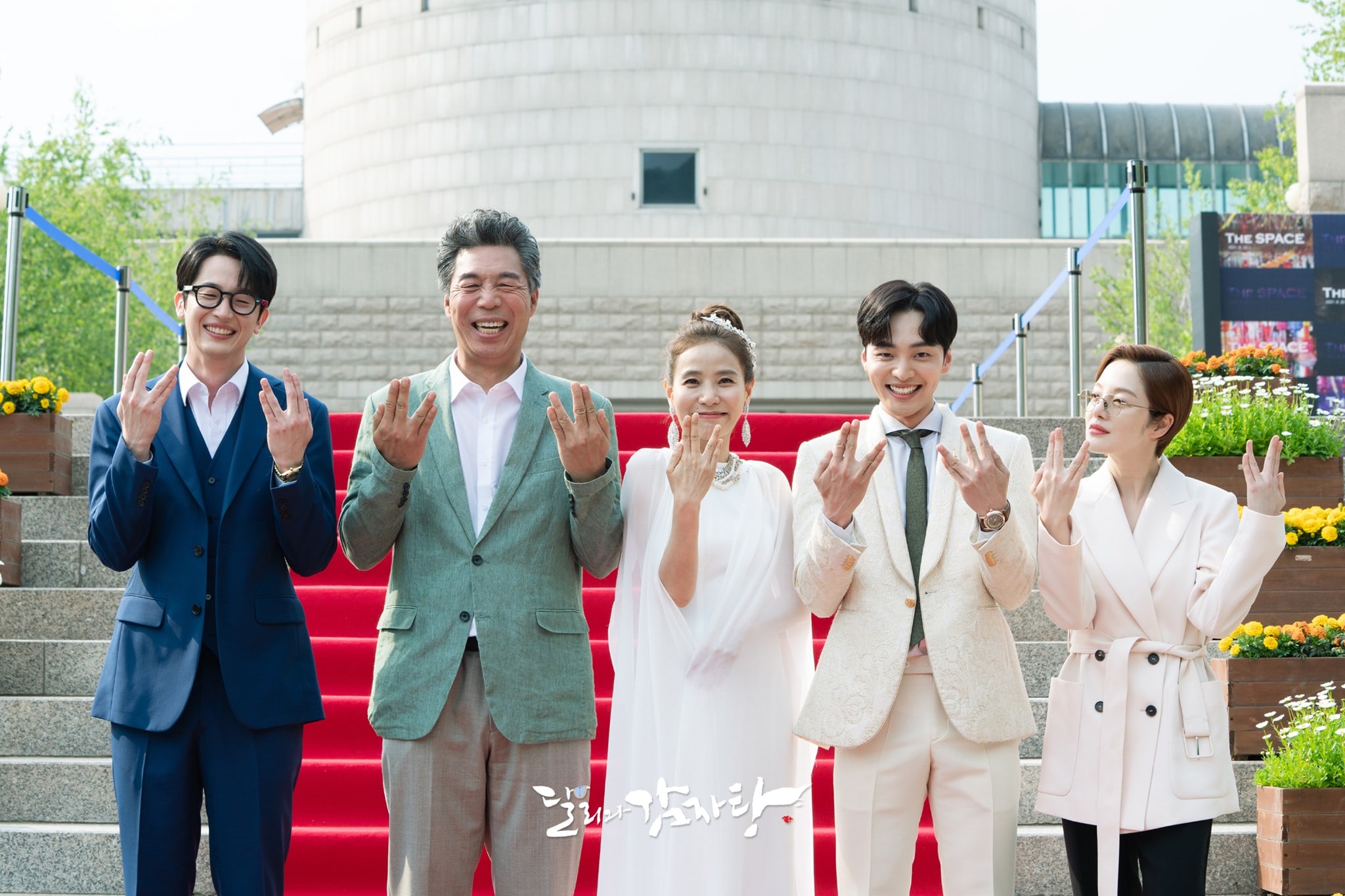 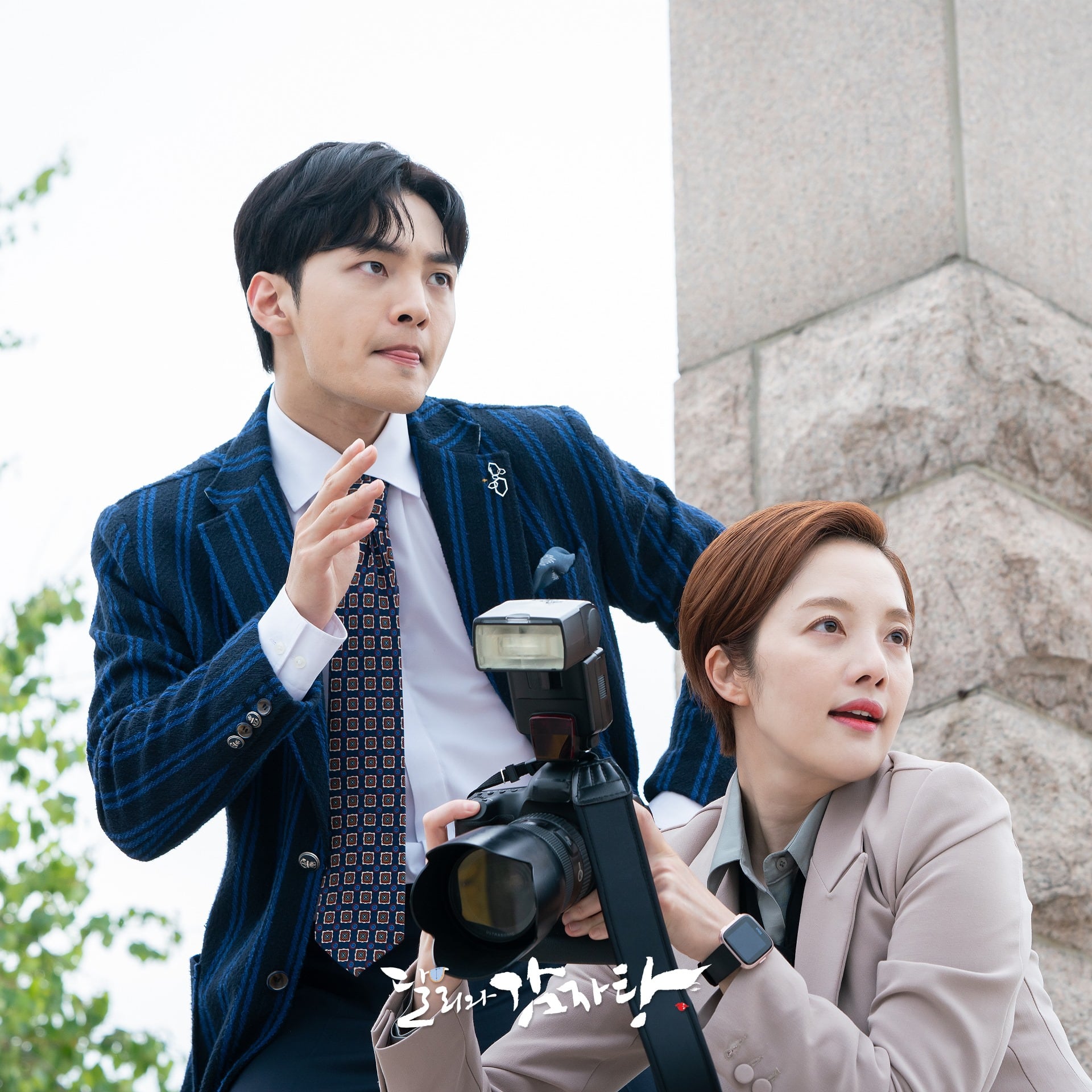 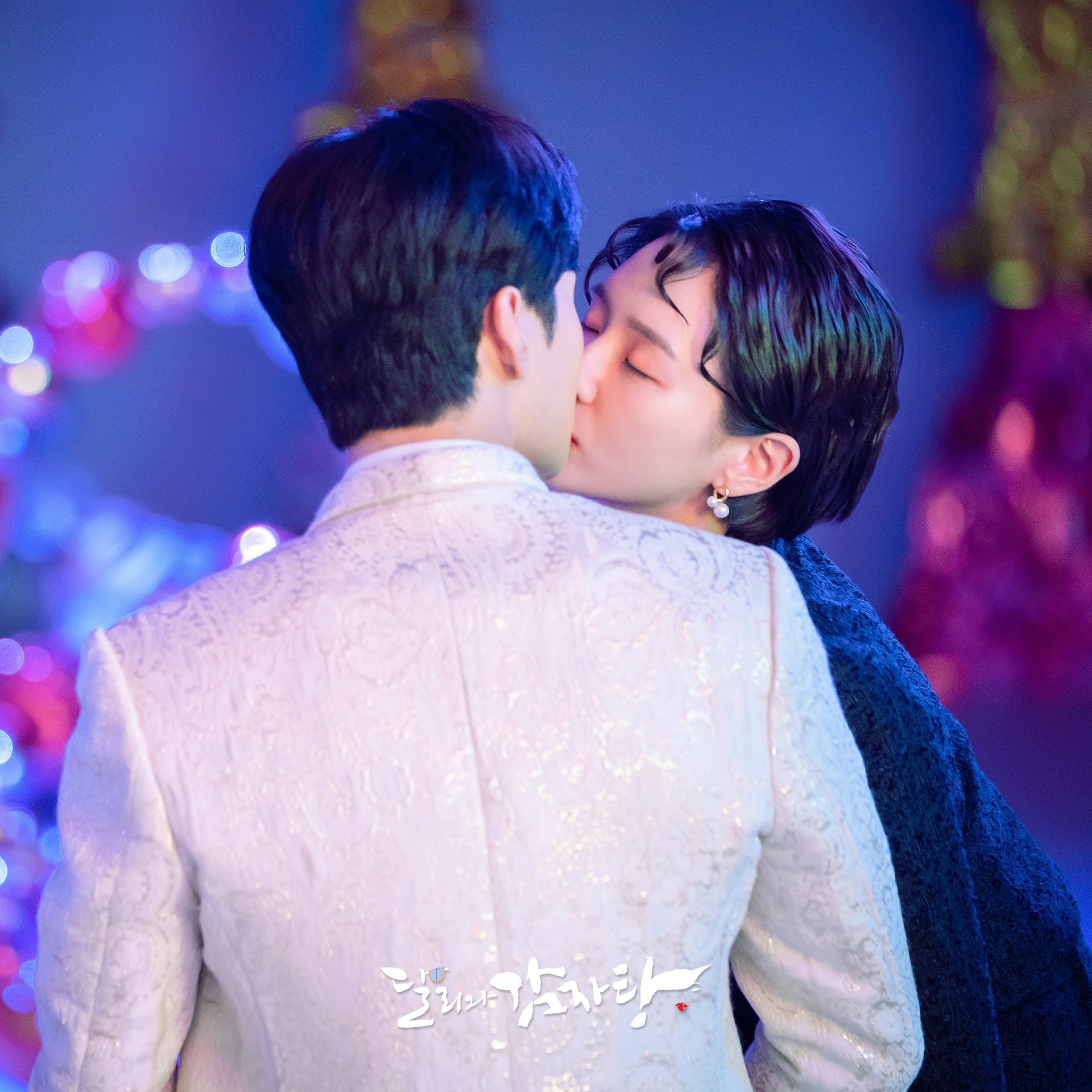 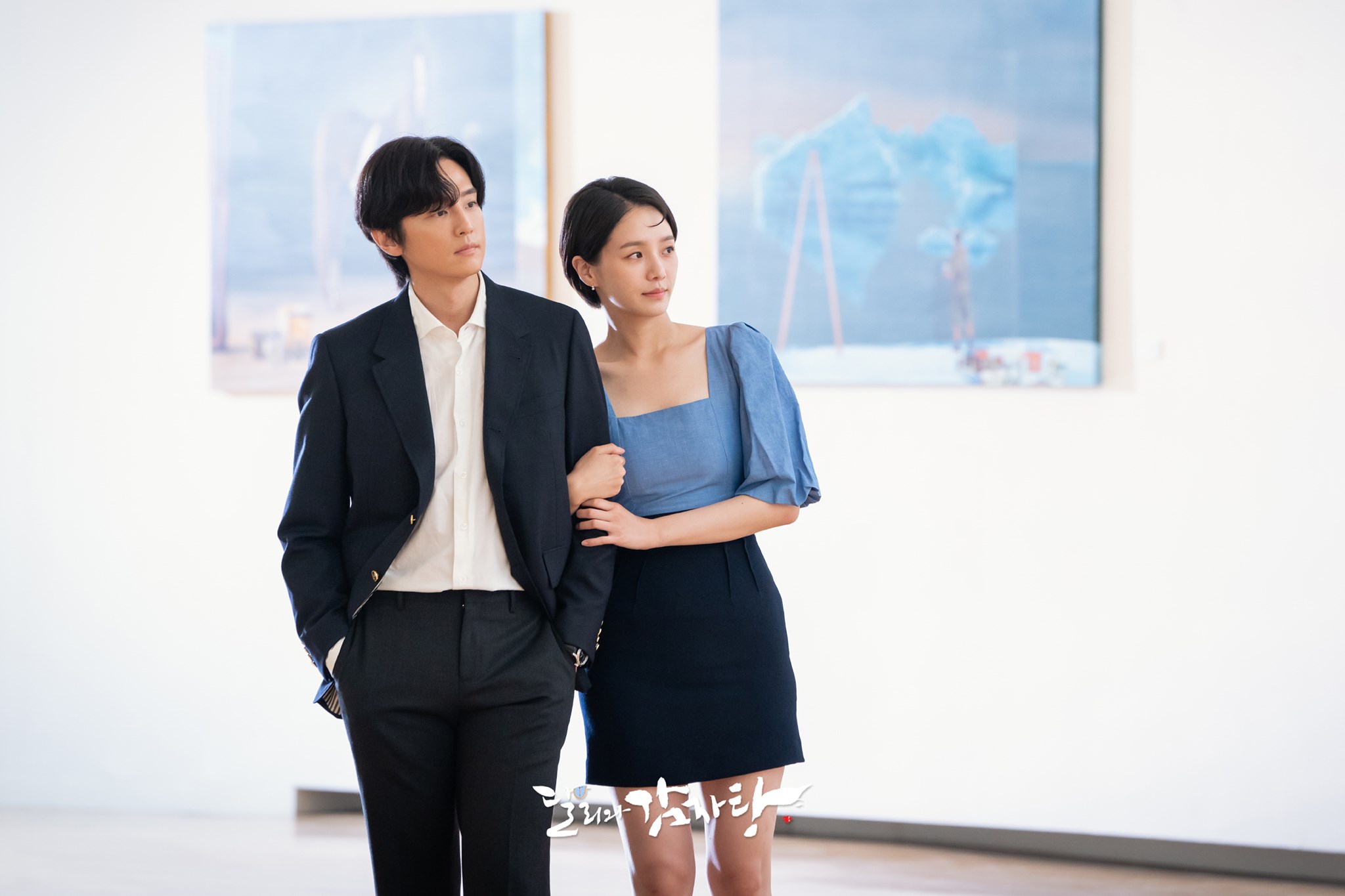 In the individual stills, Kim Min Jae looks like a sleeping prince inside the coffin with his calm expression, which makes him appear different from his usual rough image as Jin Mu Hak. Park Gyu Young is full of elegance and grace as she shares a dazzling smile, while Kwon Yool and Hwang Hee exude charisma in their individual stills. 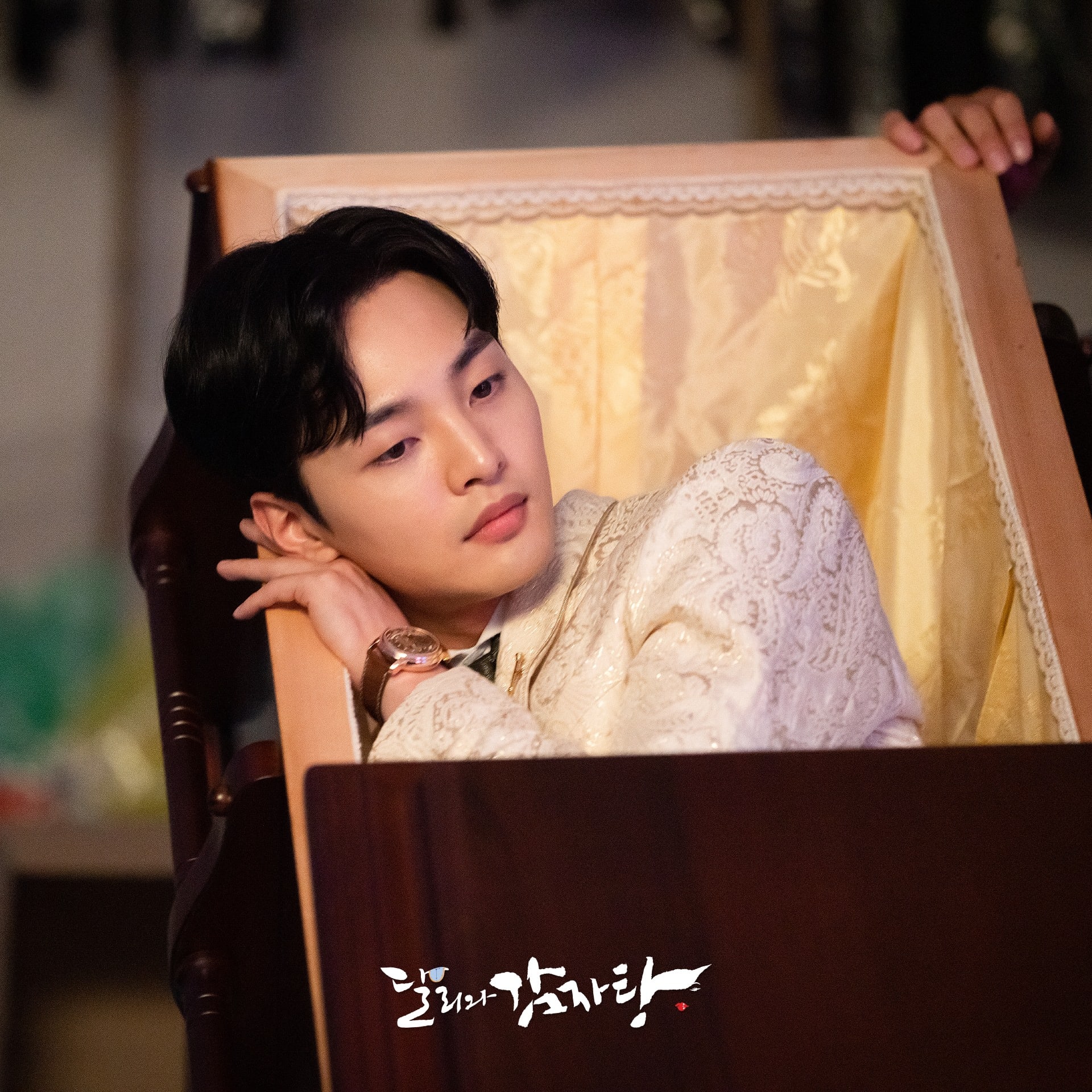 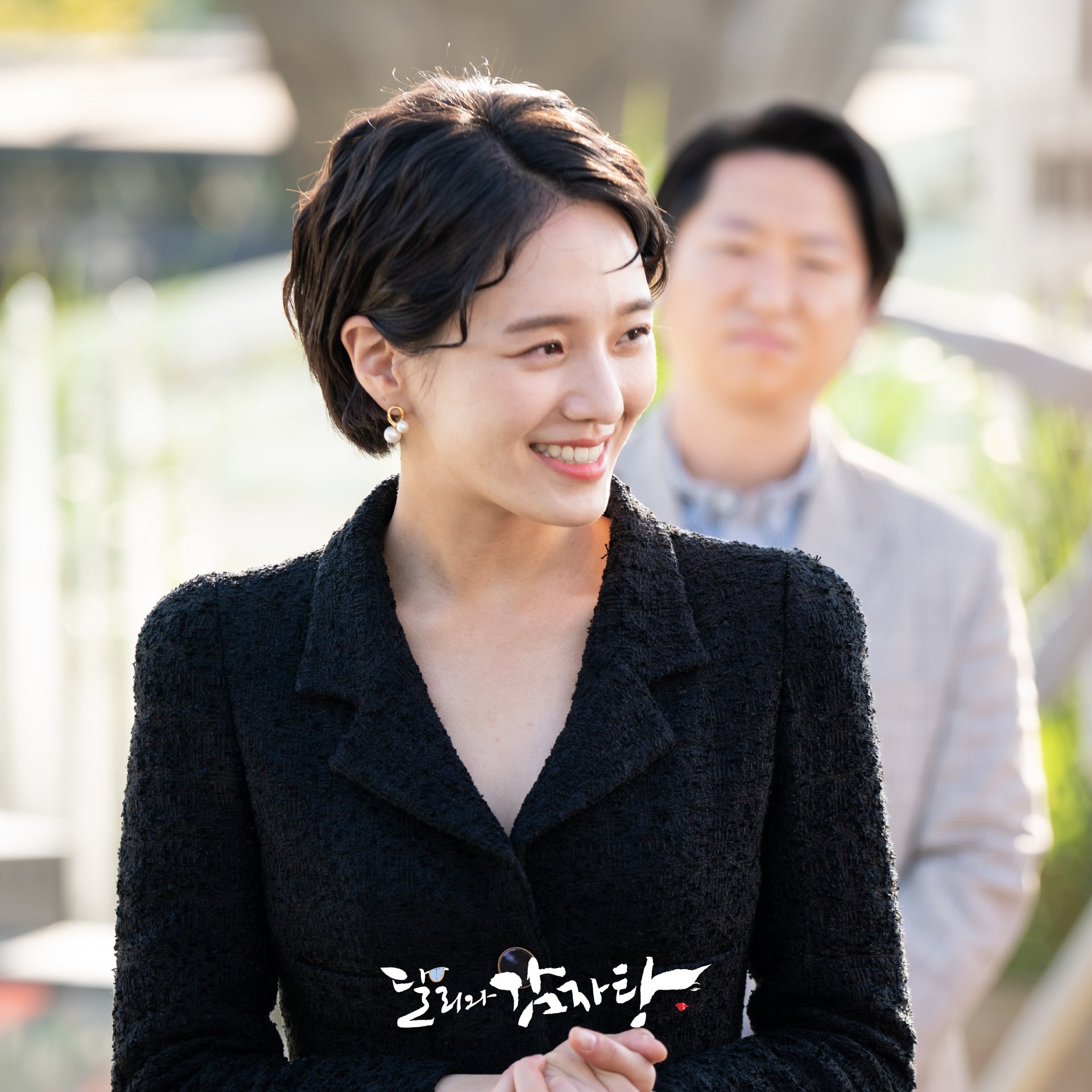 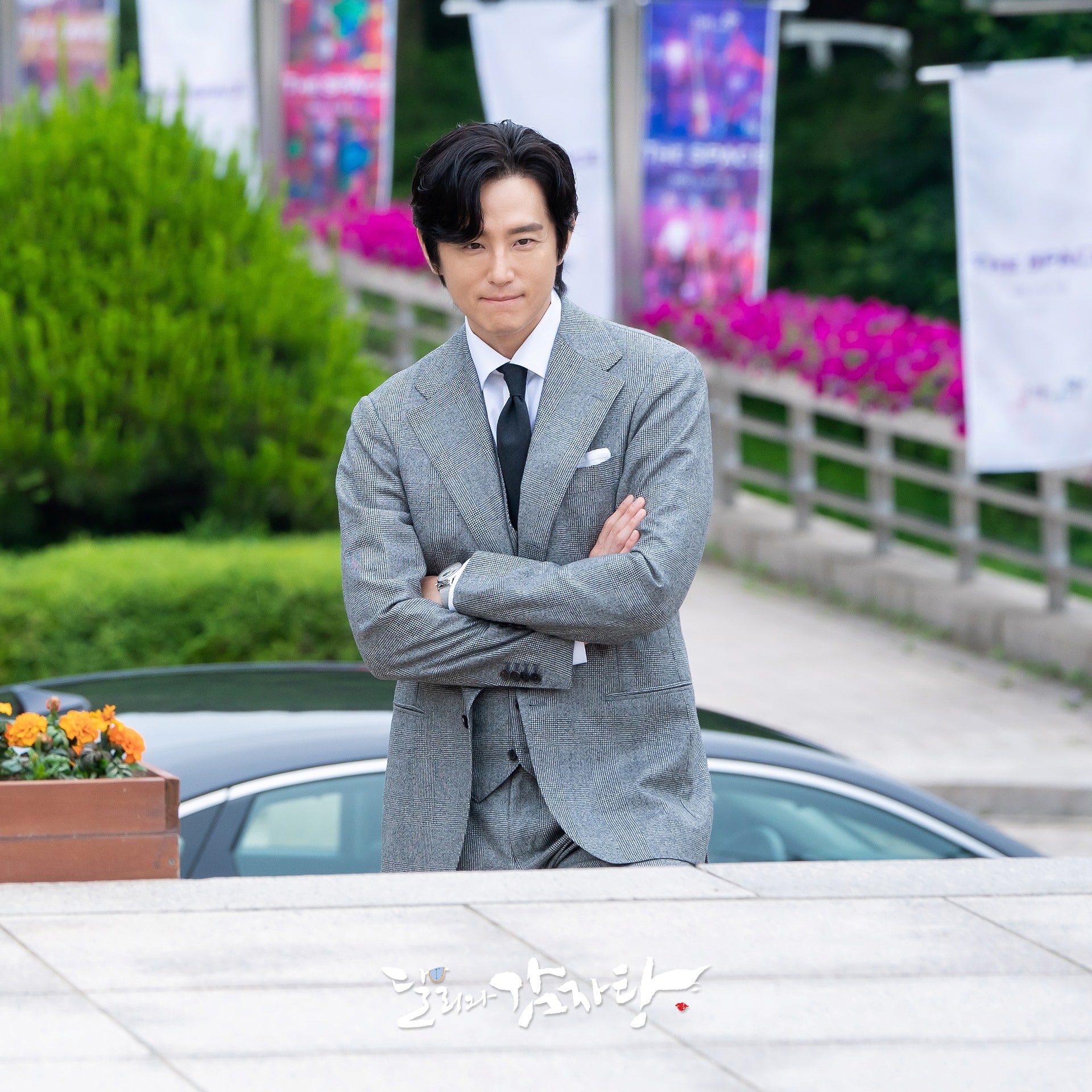 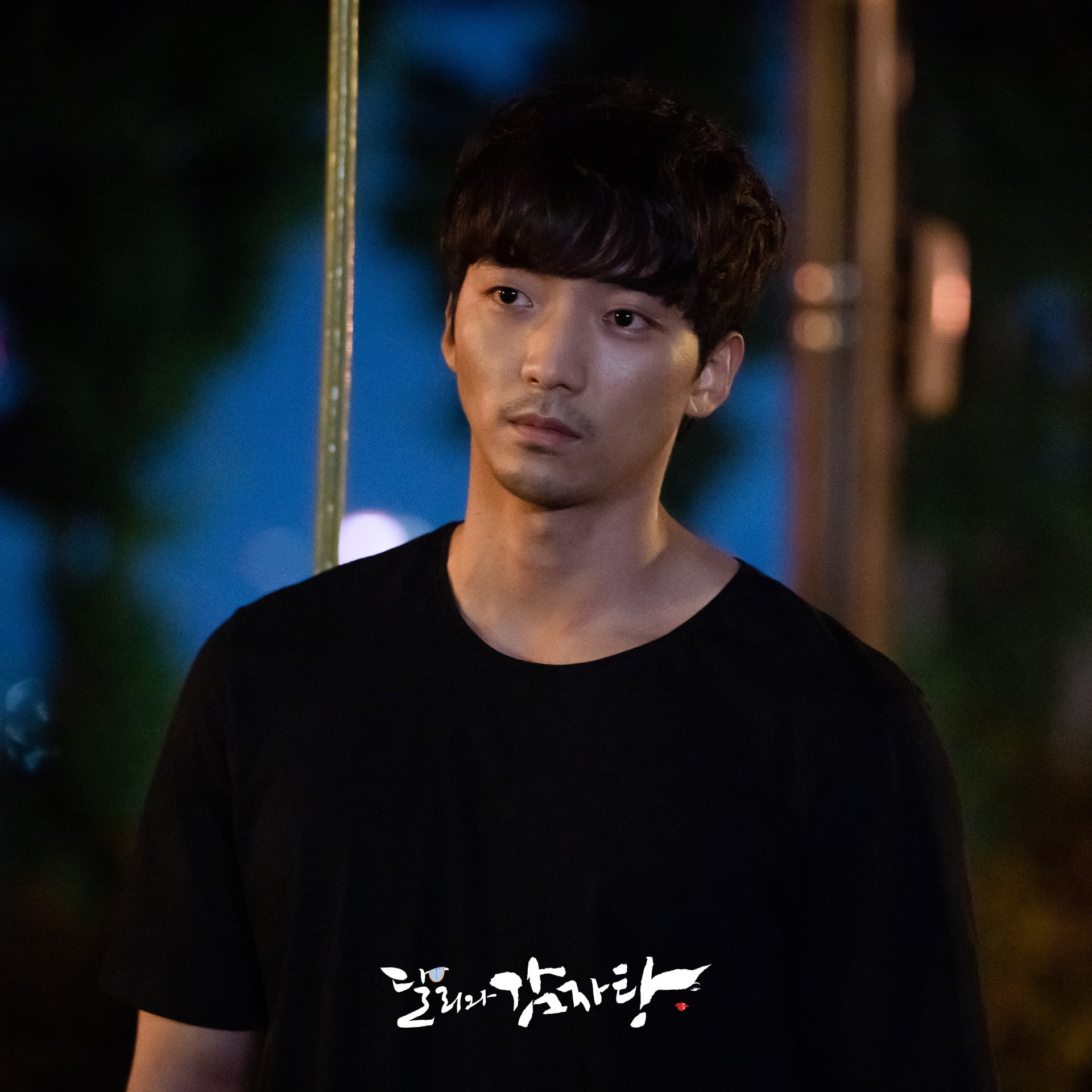 The production team shared, “We completed the project happily with an atmosphere that was more harmonious than in any other project. We believe that this vitality and energy will be delivered fully to the viewers. Please look forward to episode 9 a lot as well.”