KakaoTV’s upcoming drama “Would You Like A Cup Of Coffee?” released new stills of the cast!

Based on a manhwa (Korean comic) by Heo Young Man, “Would You Like A Cup Of Coffee?” is about a young man named Kang Go Bi (Ong Seong Wu), whose passion for coffee leads him to become a rookie barista at a coffee shop owned by Park Seok (Park Ho San). This emotional human drama shows what Kang Go Bi learns about coffee and people through his work and tells the various stories of their neighborhood coffee shop customers.

Park Ho San will play Park Seok, who runs the small 2Dae Coffee shop, which only has room for three tables. With his firm beliefs and pride in his coffee, Park Seok is a coffee master who can make the ultimate espresso. Seo Young Hee will take on the role of Kim Joo Hee, who warms Park Seok’s cold heart. As a music columnist, she helps plan the music playlist for 2Dae Coffee, unknowingly becoming a strong source of support for Park Seok. In order not to tie each other down, they pursue a relationship without marriage in mind. In particular, Park Seok will embrace the wounded Kim Joo Hee, showing a romantic side in addition to his role as a professional barista. 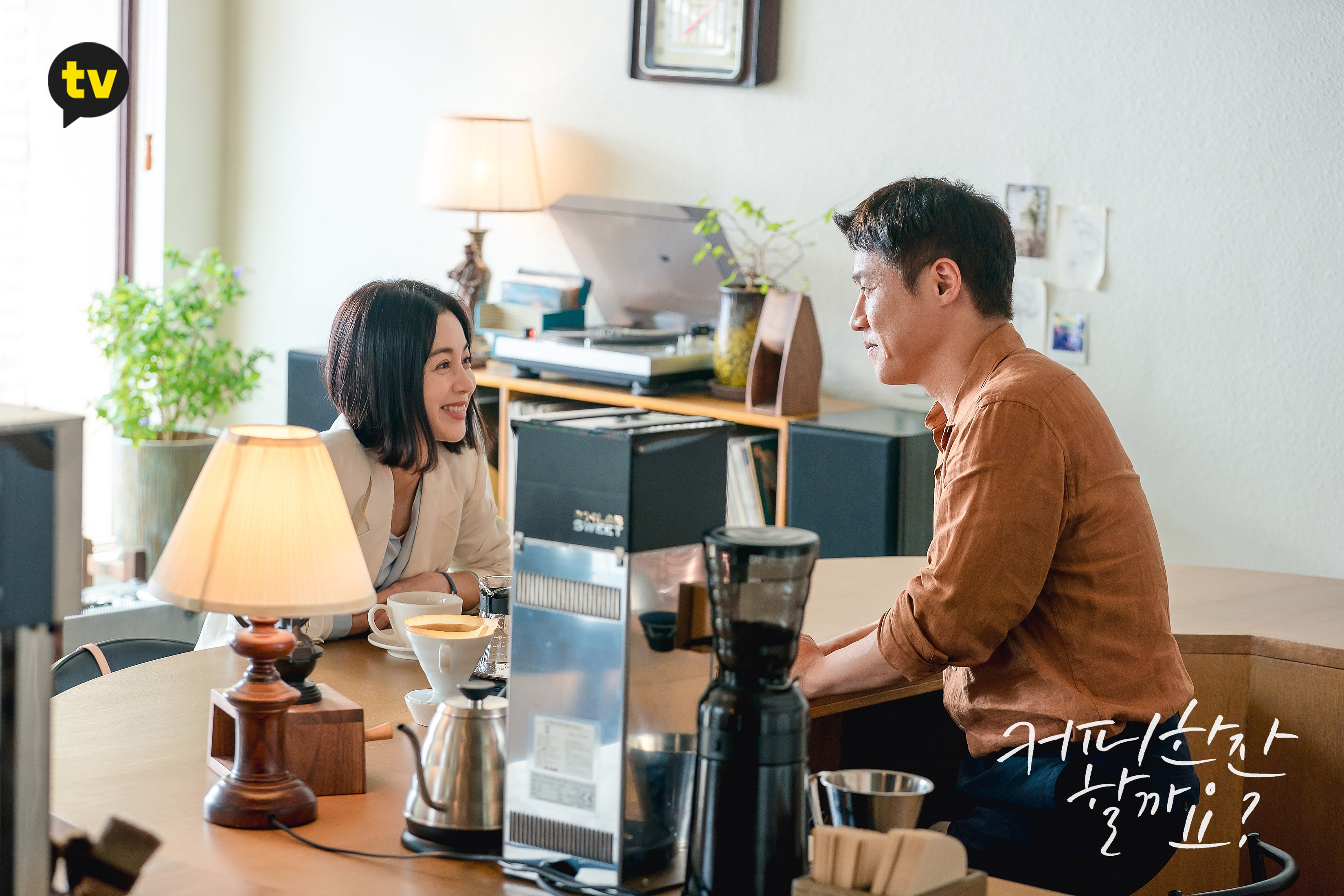 The new stills picture a romantic moment between Park Seok and Kim Joo Hee, raising anticipation for a mature story about adults dating. They’ll portray a free-spirited type of love, being lovers who are also like friends. The couple will also become a reliable source of support for rookie barista Kang Go Bi so that he can learn about coffee and life. With a cup of coffee in front of them, Park Seok and Kim Joo Hee exchange gazes, affectionately share conversations together, and hold hands while comforting each other. They also show their professional sides as they work on their respective areas of expertise in coffee and music. 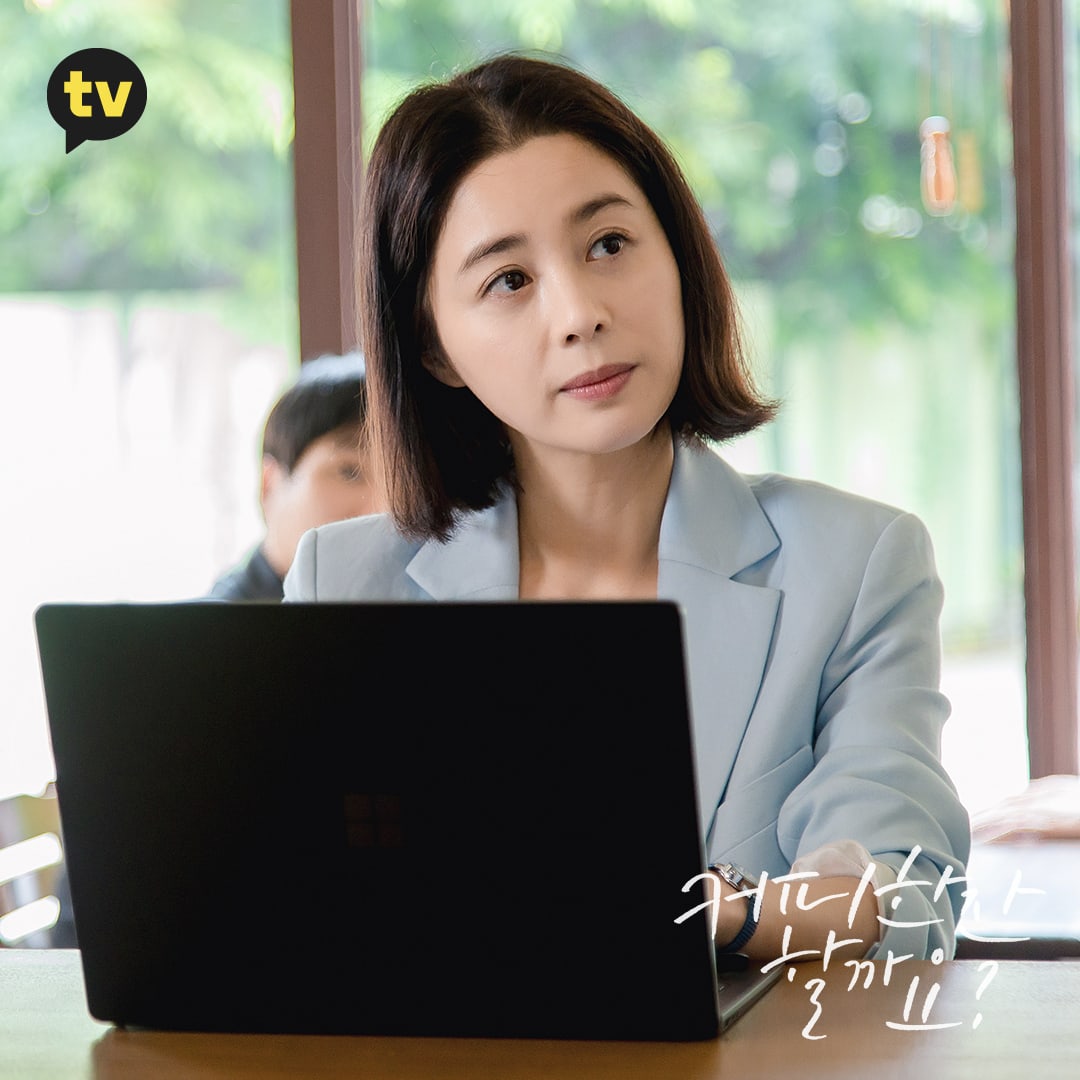 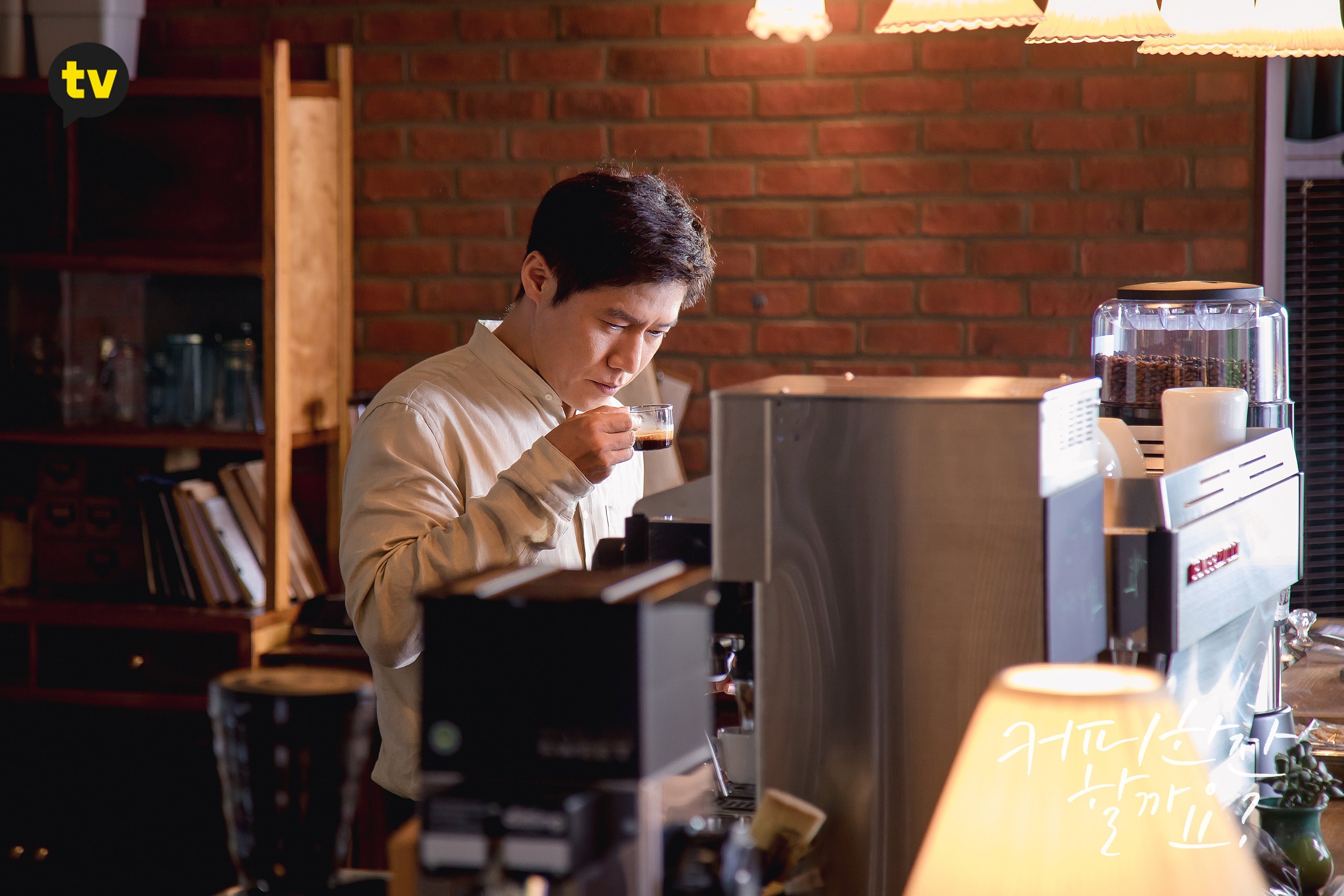 Furthermore, Ong Seong Wu will transform into Kang Go Bi, who joins 2Dae Coffee with the dream of becoming a barista. Kim Joo Hee unintentionally ends up helping him along the way, from joining 2Dae Coffee to supporting him in a way that’s different from the ways of his mentor Park Seok.

Another interesting point to watch out for in the drama will be Kang Go Bi’s and Park Seok’s interactions with the regular customers of 2Dae Coffee. Chu Ye Jin plays Jung Ga Won, a high school senior who dreams of becoming a pâtissier. She brings the bread and cookies she makes for practice to 2Dae Coffee to share with Park Seok, Kang Go Bi, and the other regulars. Jung Ga Won is a lovable and friendly character who helps the adults converse with one another. 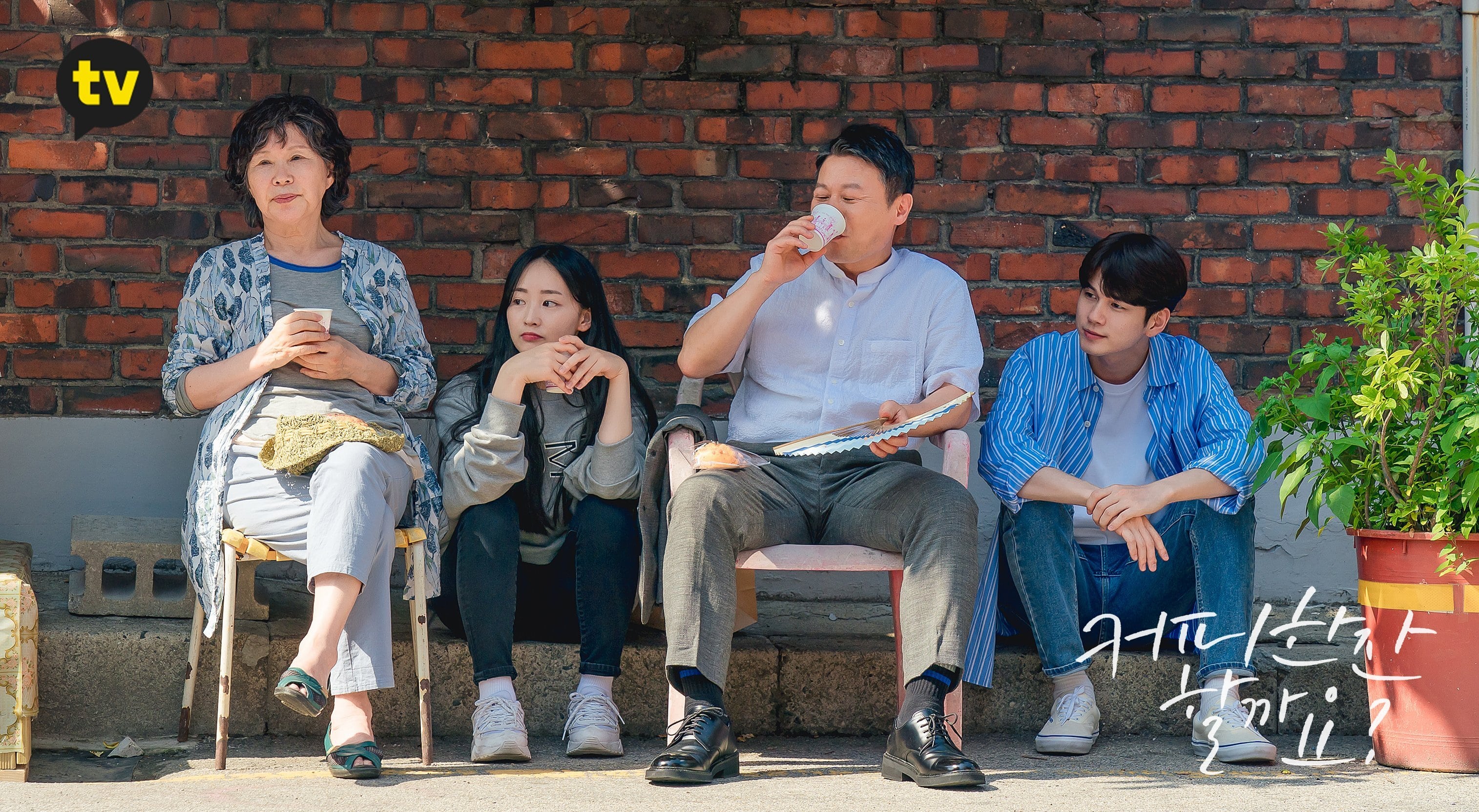 Kim Ye Eun plays webtoon author Ahn Mi Na, who is sensitive and sometimes awkward, especially with Kang Go Bi when he suddenly appears at 2Dae Coffee. She’s close to Jung Ga Won and is also very interested in coffee. Always hounded by her deadline, Ahn Mi Na finds inspiration for her work from the small everyday life events that occur around her. 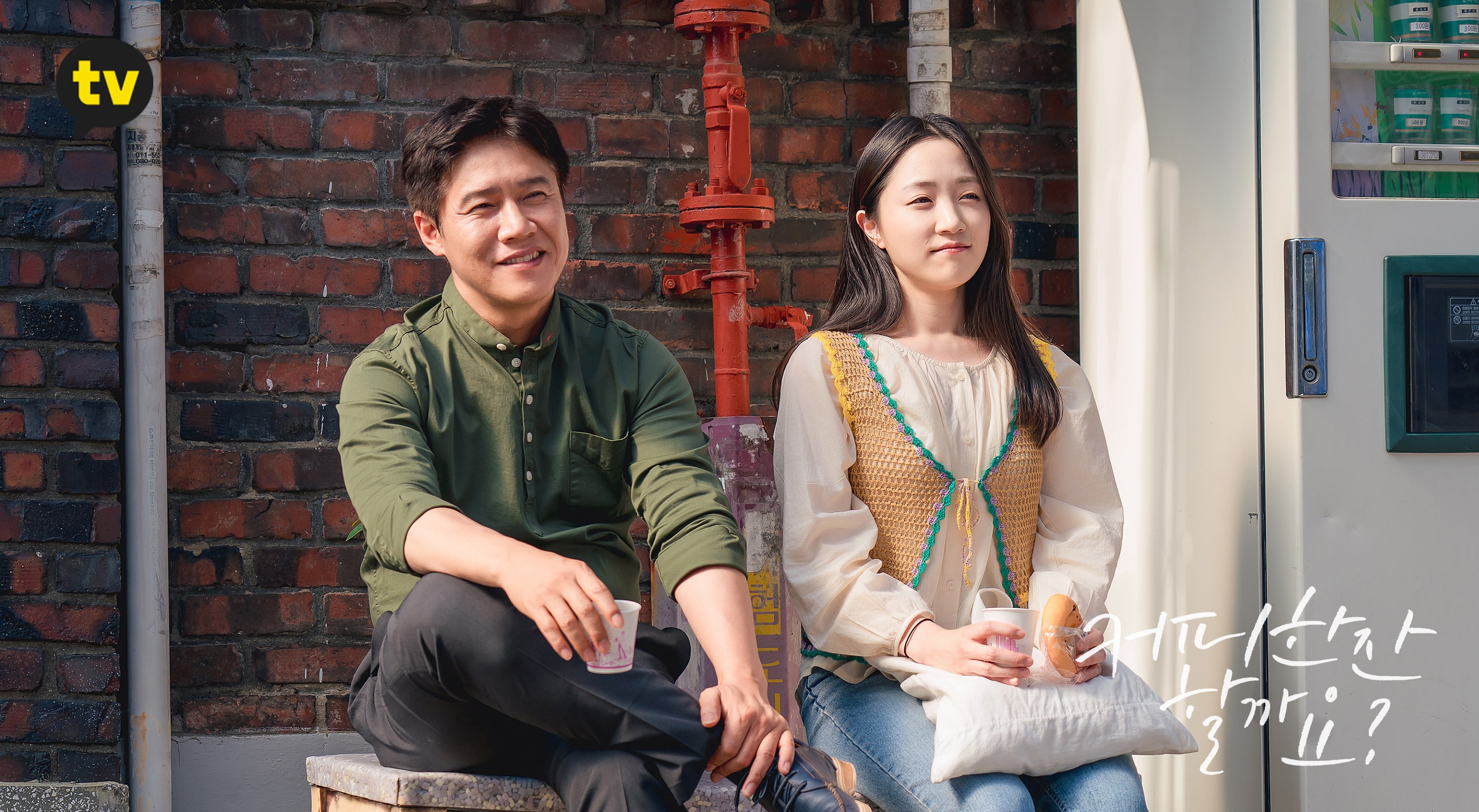 Song Jae Ryong will play blogger and coffee critic Choi Hurt, who gives blunt reviews on coffee and cafés because of his excessive love for coffee. Although he’s a harsh critic, Park Seok recognizes him for his accurate reviews. Choi Hurt is also influential to the point that even famous cafes will fear his visit.

In addition to Park Seok and Kang Go Bi portraying a family-like chemistry, the drama will follow the story of Kang Go Bi getting to know people and coffee. Even from the first episode, Jung Ga Won and Ahn Mi Na will play large roles in an incident Kang Go Bi undergoes while Choi Hurt will help fuel Kang Go Bi’s growth. 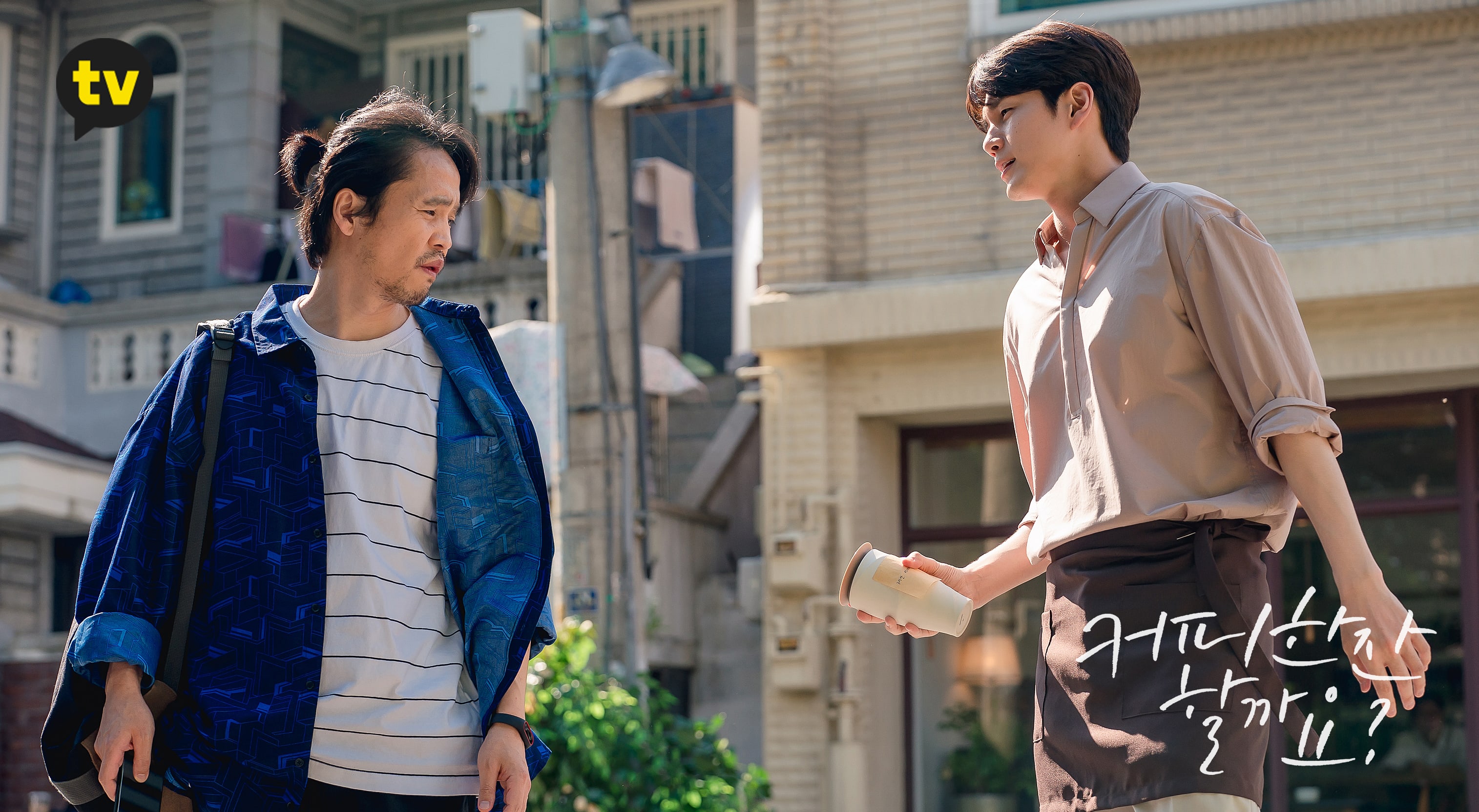 “Would You Like A Cup Of Coffee?” will premiere on October 24 at 5 p.m. KST and will air a total of 12 25-minute episodes every Thursday and Sunday at 5 p.m. KST through KakaoTV.

In the meantime, watch Ong Seong Wu in “More Than Friends” below: