Watch: “Lovers Of The Red Sky” Cast Tries To Keep Cool With Fans And Jokes While Filming Serious Scenes

SBS’s “Lovers of the Red Sky” released a new behind-the-scenes video of the actors hard at work!

The clip begins with Kim Yoo Jung and Ahn Hyo Seop shooting an important scene where his character Ha Ram tells her character Hong Chun Gi the truth about the ring he gave her. During break, they attempt to cool down with ice bags and fans. It must be really hot because neither speak as they try to chase away the summer heat. The crew members start fanning them with panels, and Ahn Hyo Seop comments, “The wind is blowing.” Kim Yoo Jung glances between the two staff members and jokes, “You two are fanning each other, right?” 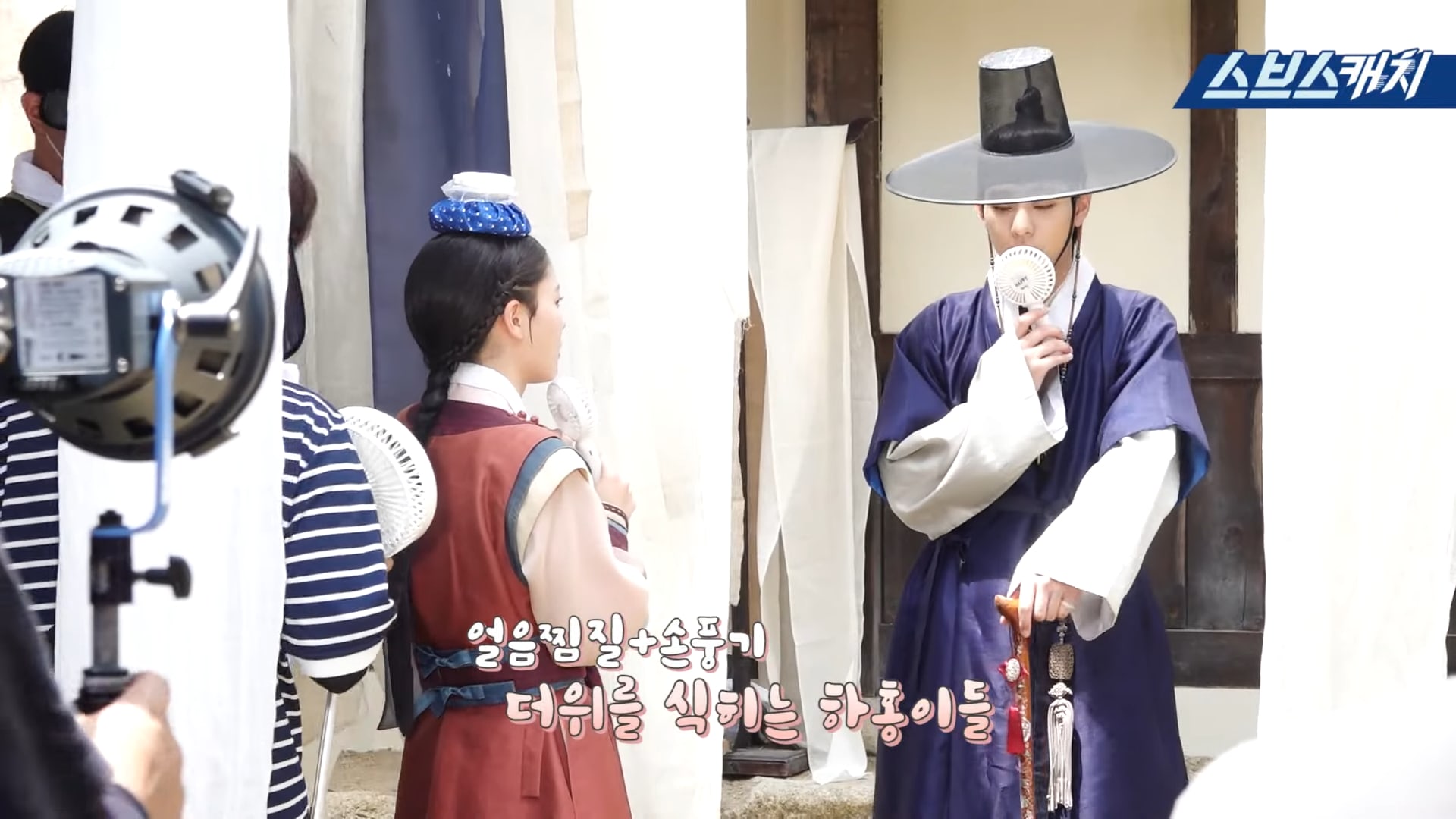 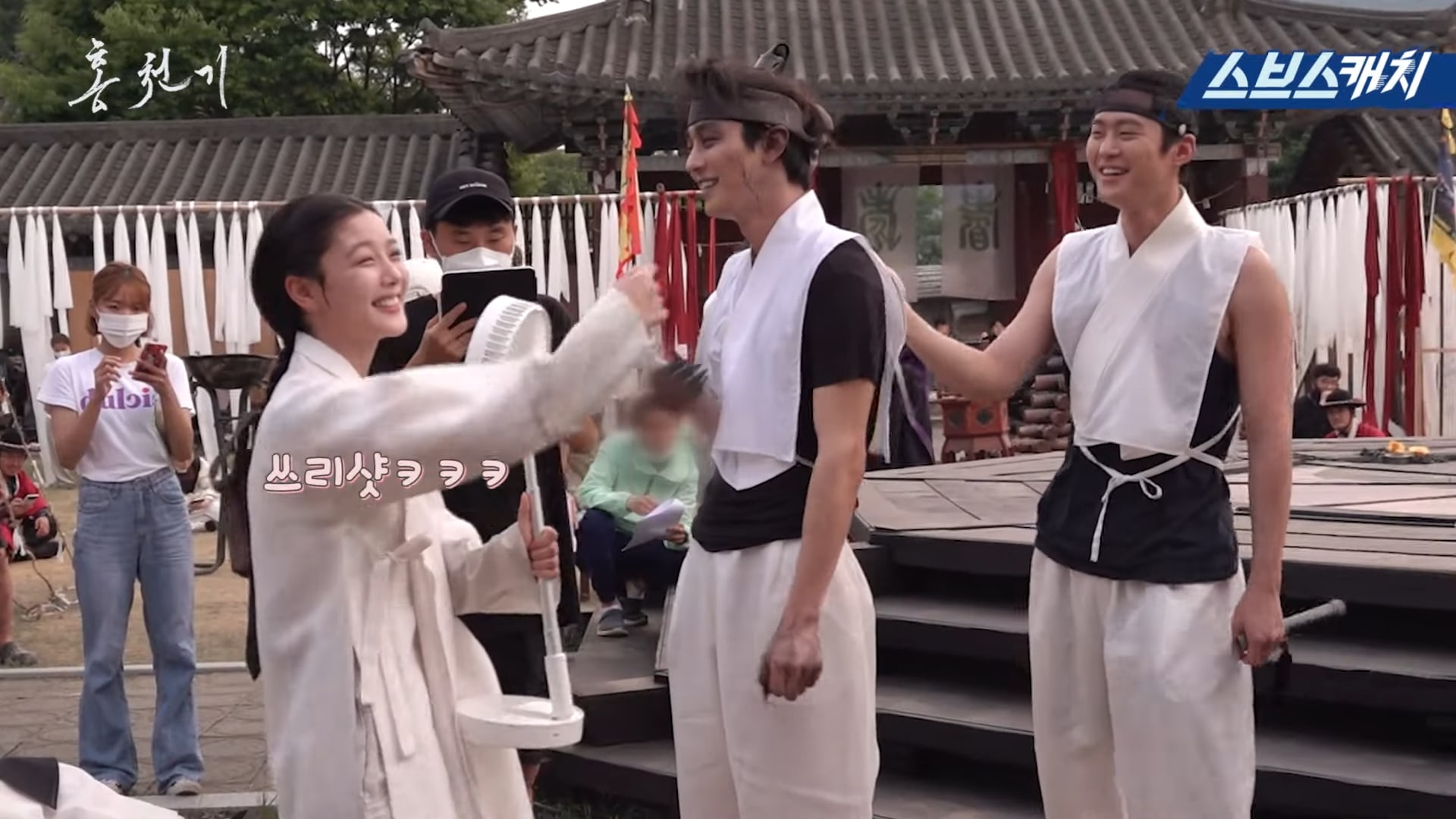 During break, Kim Yoo Jung and Gong Myung can’t stop reenacting that scene. Ahn Hyo Seop and Gong Myung are also joined by Kwak Si Yang, and they showcase great chemistry as they try to beat the heat together. 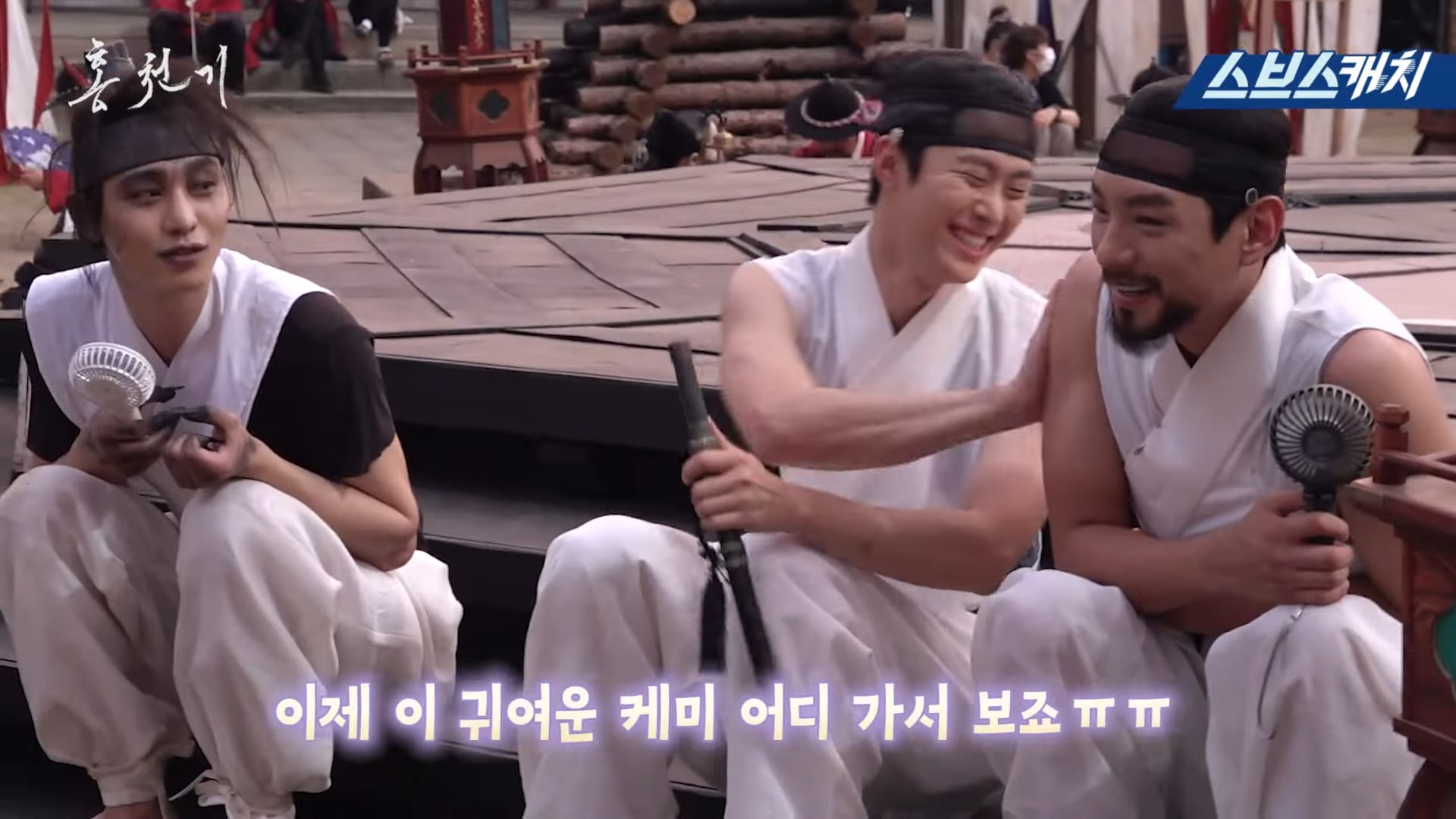