Jeon Somi has returned with her first full-length album!

On October 29 at 6 p.m. KST, she released her new album “XOXO” along with the music video for the title track of the same name.

“XOXO” is a pop genre song composed by Pink Sweat$, Pacific, Teddy, and 24. The lyrics, written by Jeon Somi along with Teddy, Danny Chung, Vince, and Kush, are about sending a lover away at the end of a relationship.

The album sampler has been released for Jeon Somi’s new album “XOXO”!

Jeon Somi has released a new teaser image for her upcoming album “XOXO”! 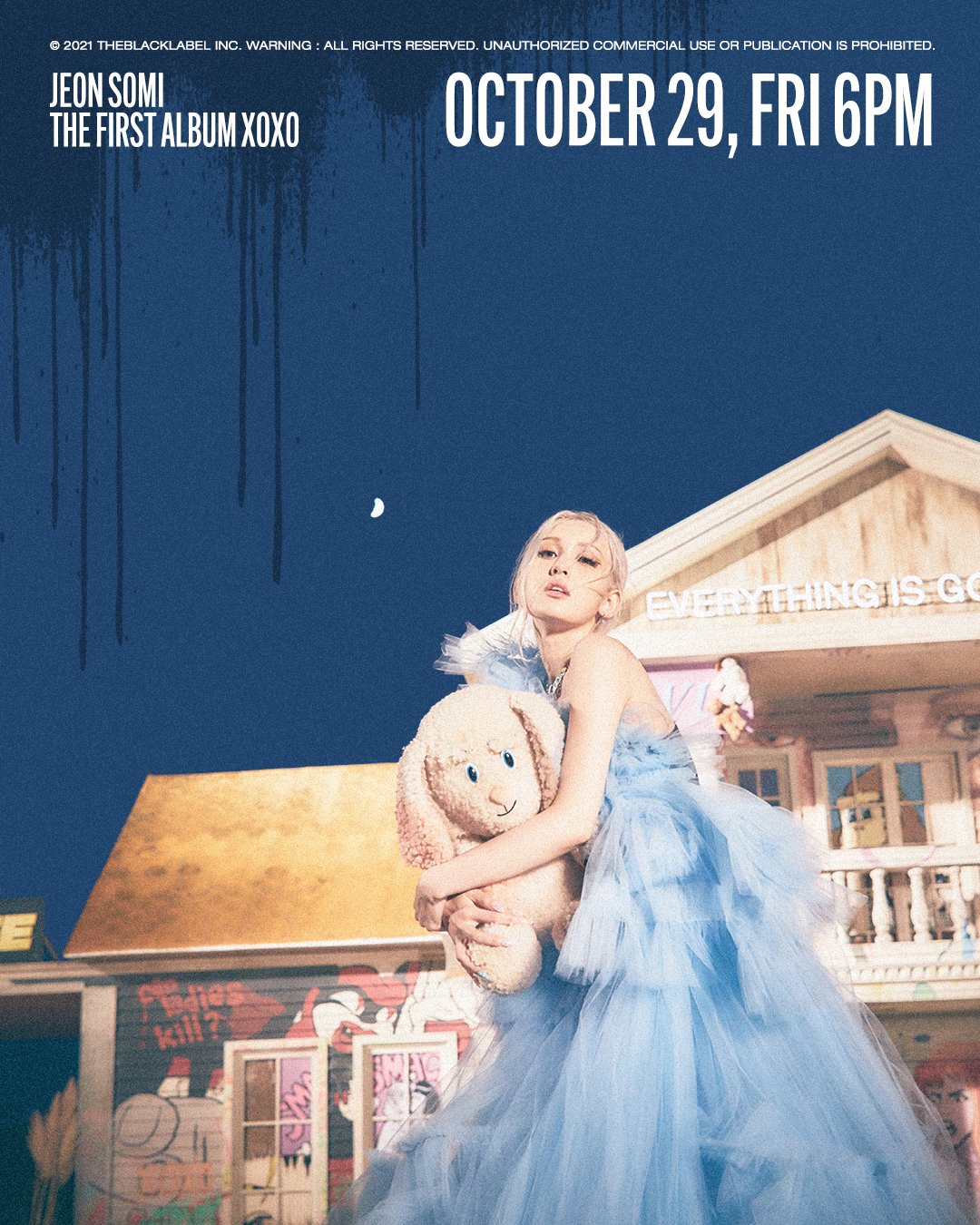 A track list with credits was revealed for Jeon Somi’s upcoming album “XOXO”!

The album contains songs composed and written by artists and producers such as Jeon Somi herself, Teddy, Danny Chung, 24, American singer Pink Sweat$, and more.

Take a look at the credits below: 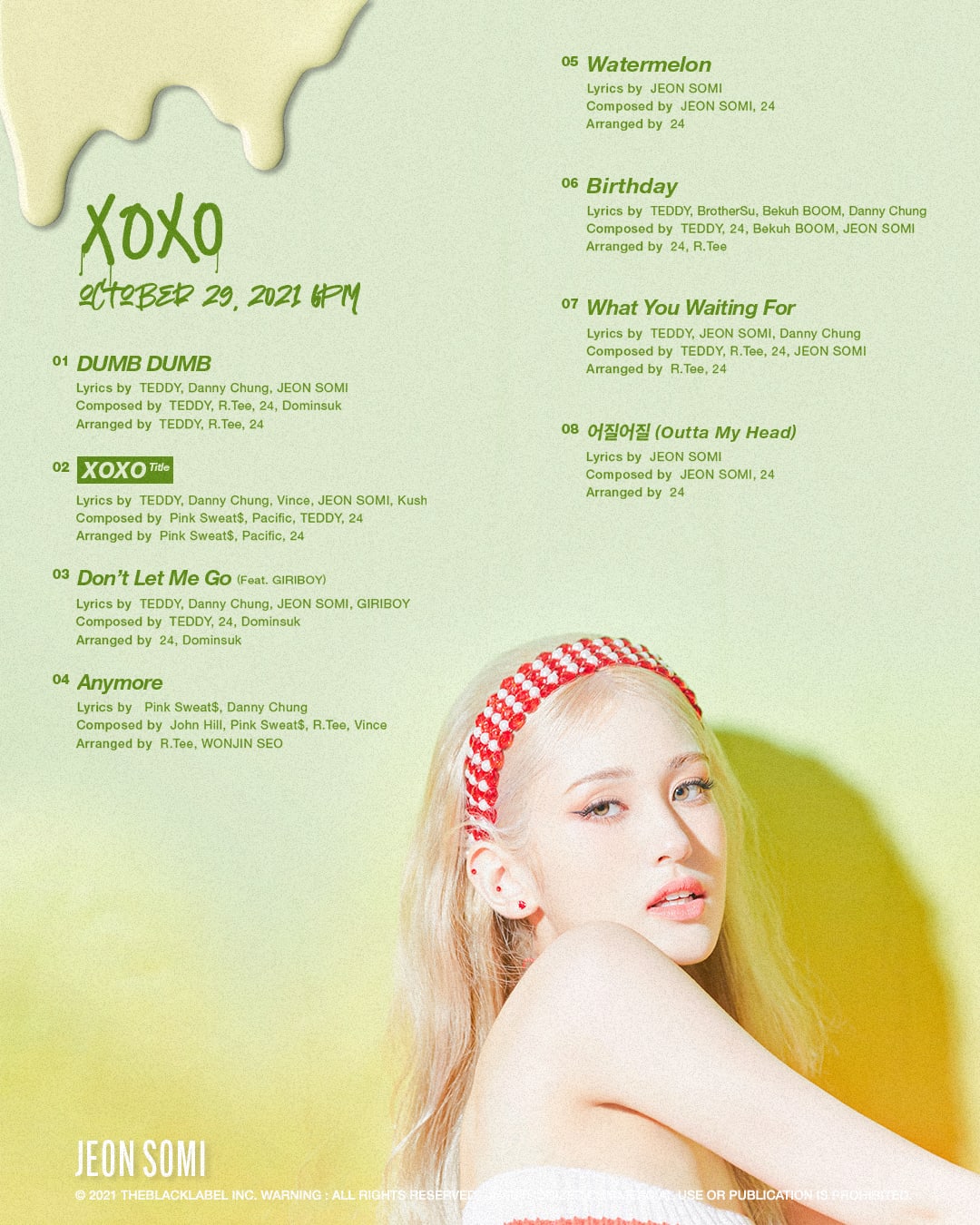 Jeon Somi has shared a new teaser image for her upcoming comeback with “XOXO”! 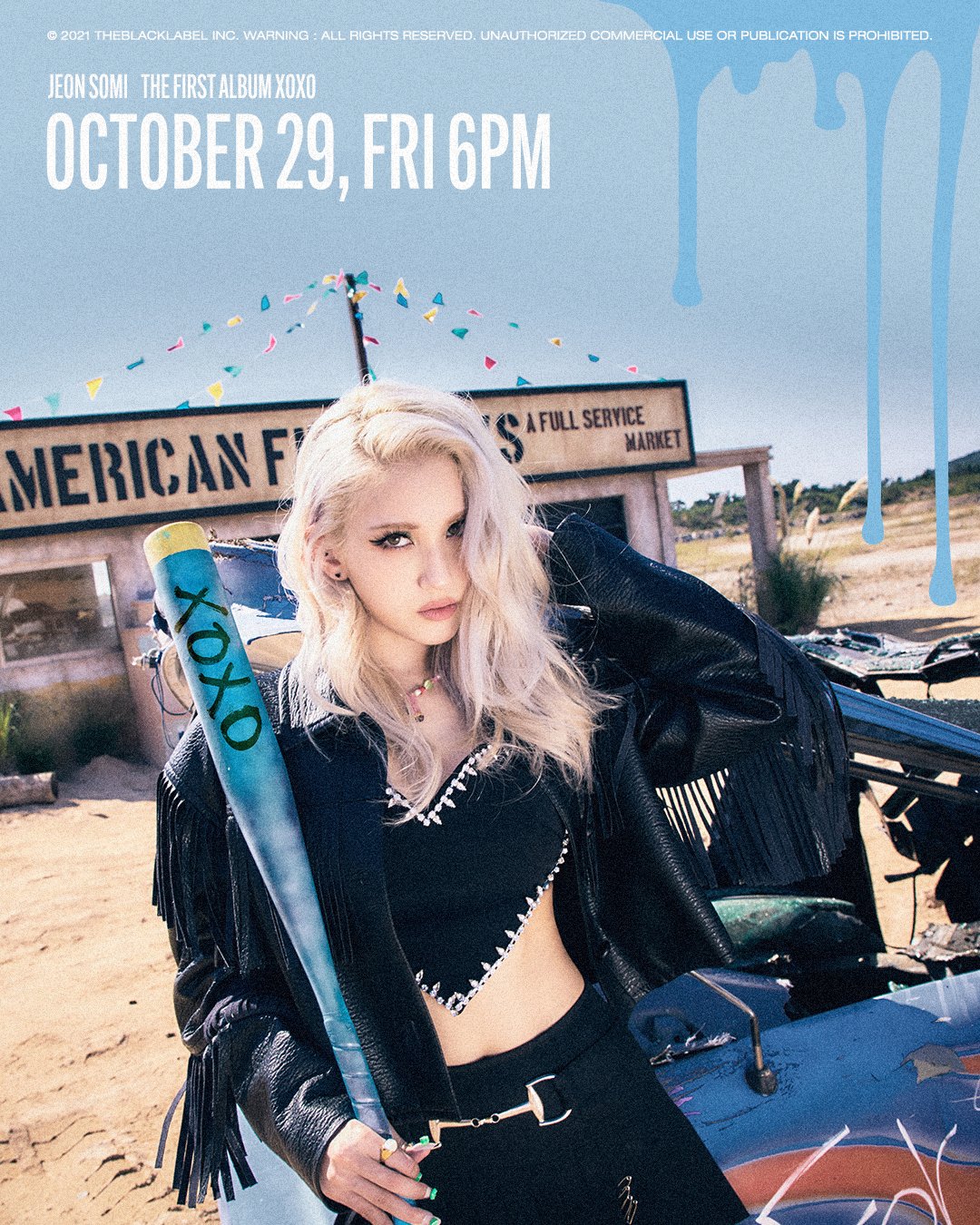 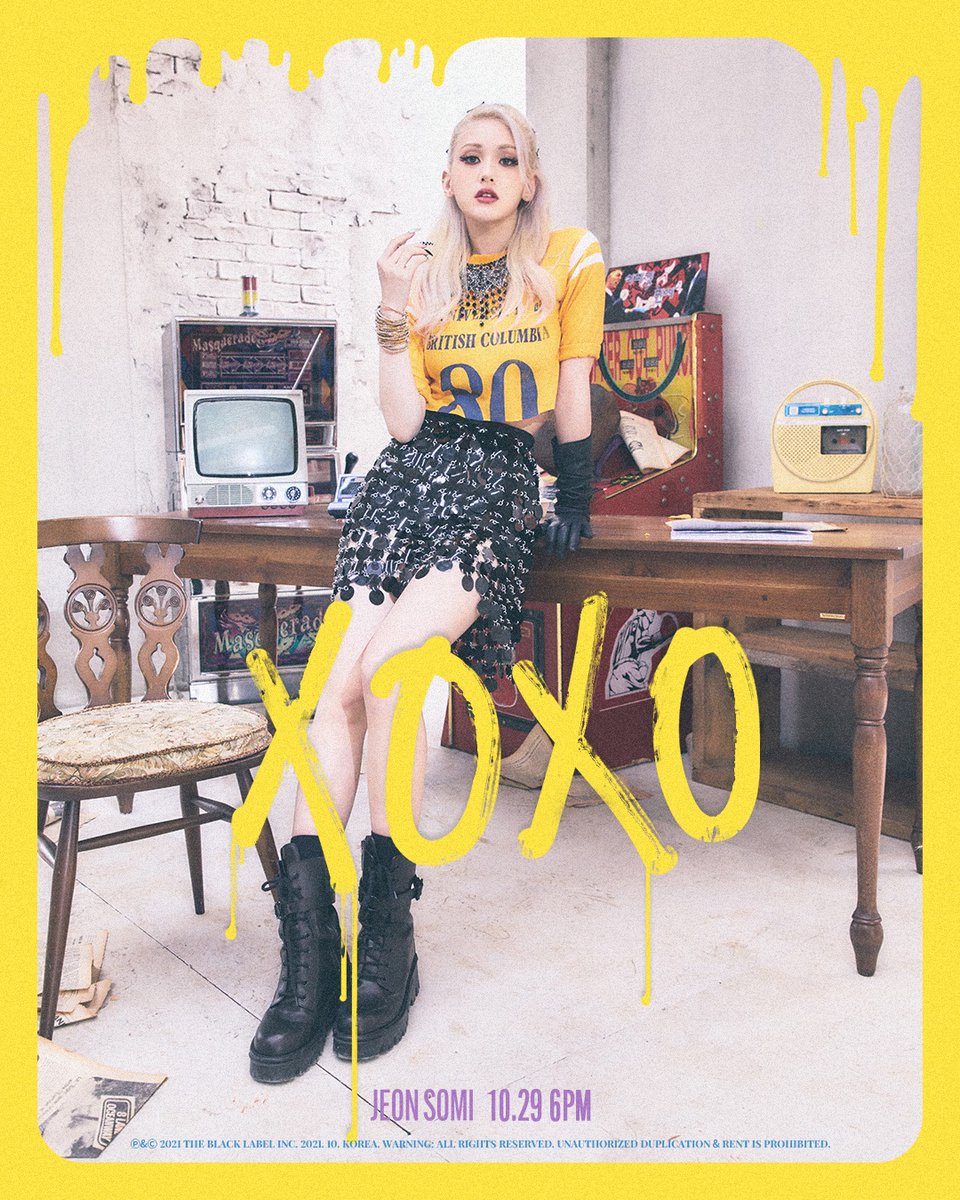 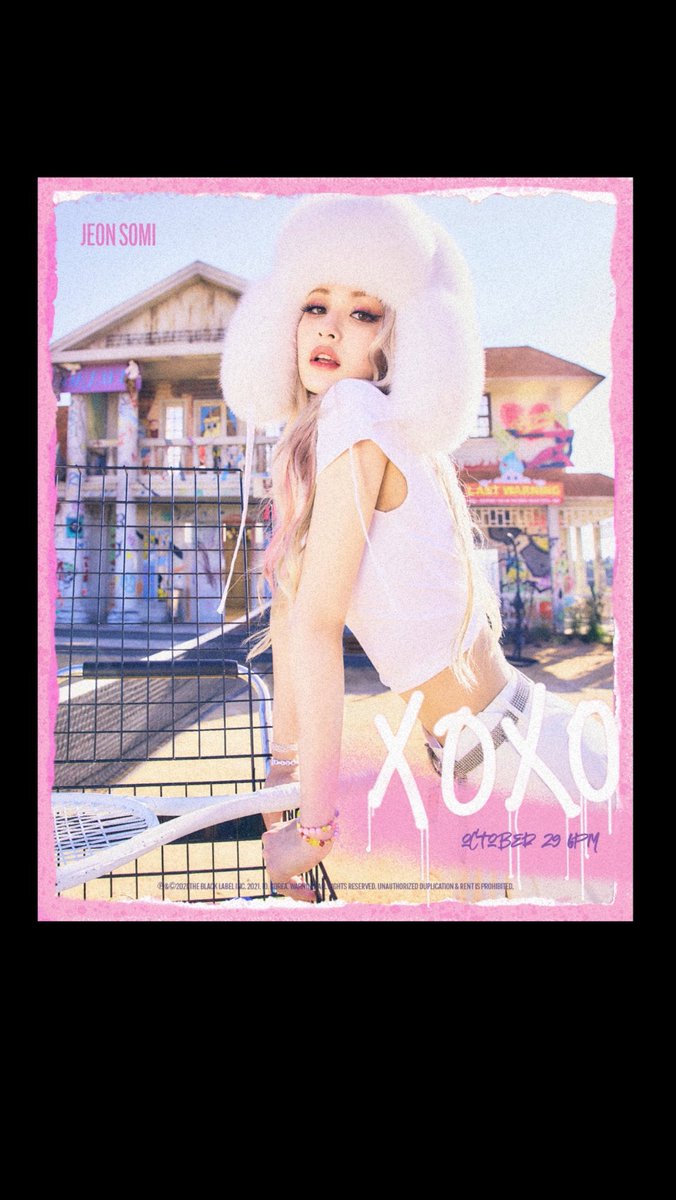 Jeon Somi has shared a second teaser image for her upcoming first full-length album, “XOXO”! This time, the teaser is captioned, “She is coming…” 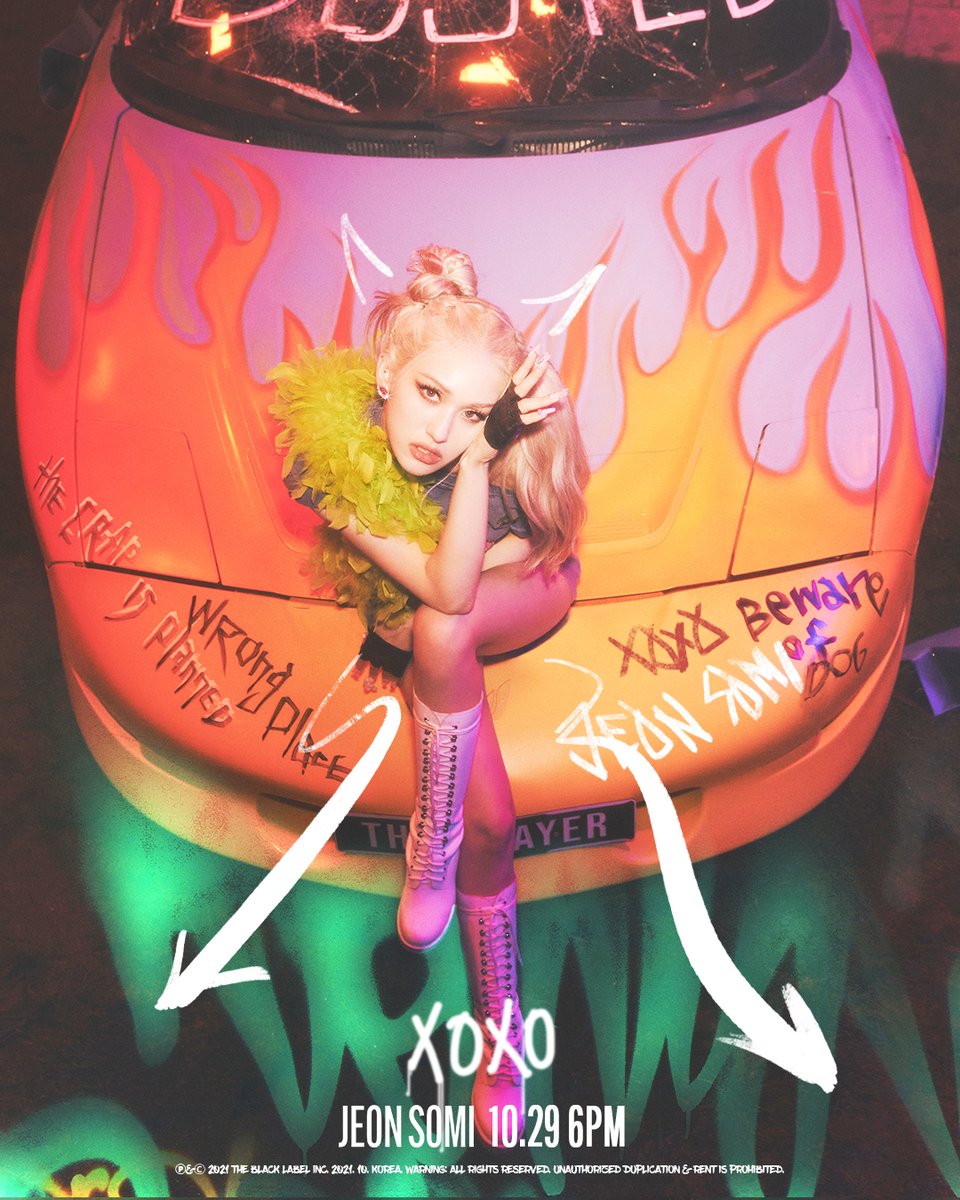 Earlier, she also unveiled the album track list, which has eight songs in total, including the already released songs “Birthday,” “Outta My Head,” “What You Waiting For,” and “Dumb Dumb.” 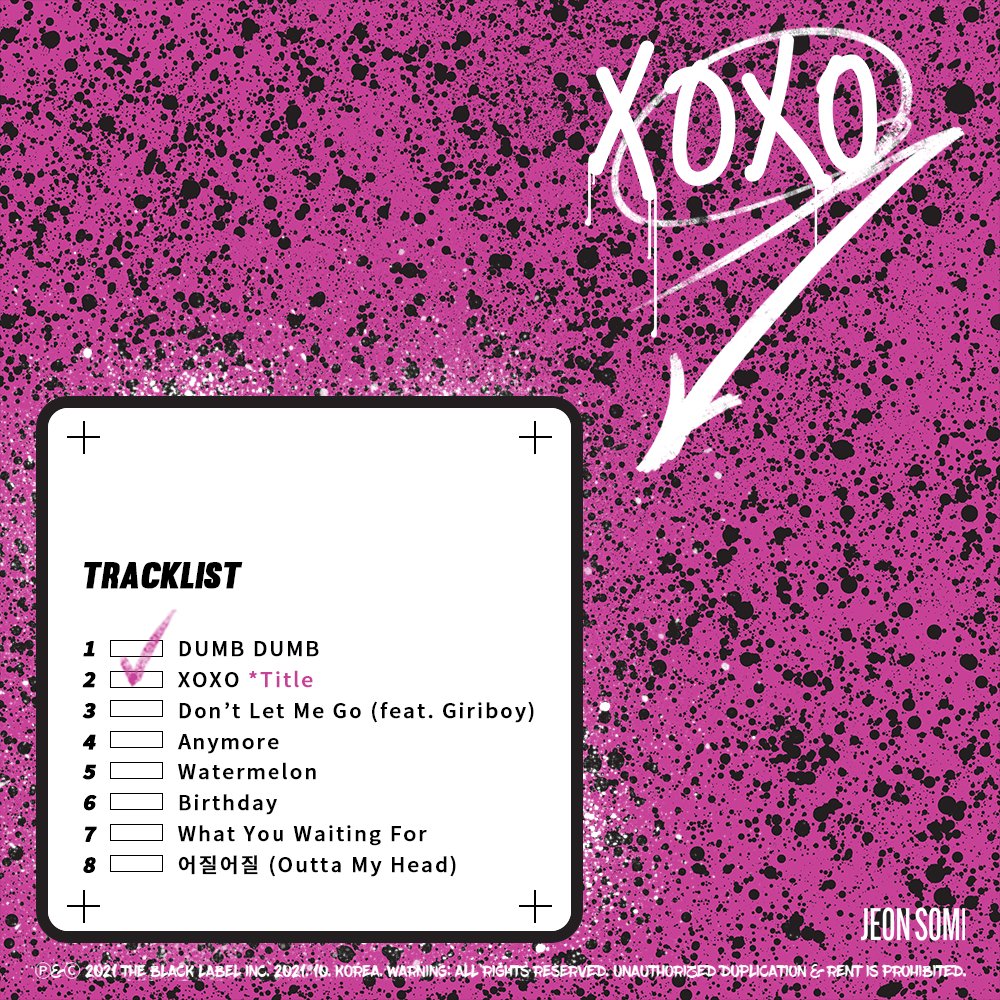 Jeon Somi has officially announced that she will be making her comeback with her first full-length album “XOXO” on October 29 at 6 p.m. KST.

The singer also released a smoldering first teaser for the album, along with the caption “You ready for round two?” 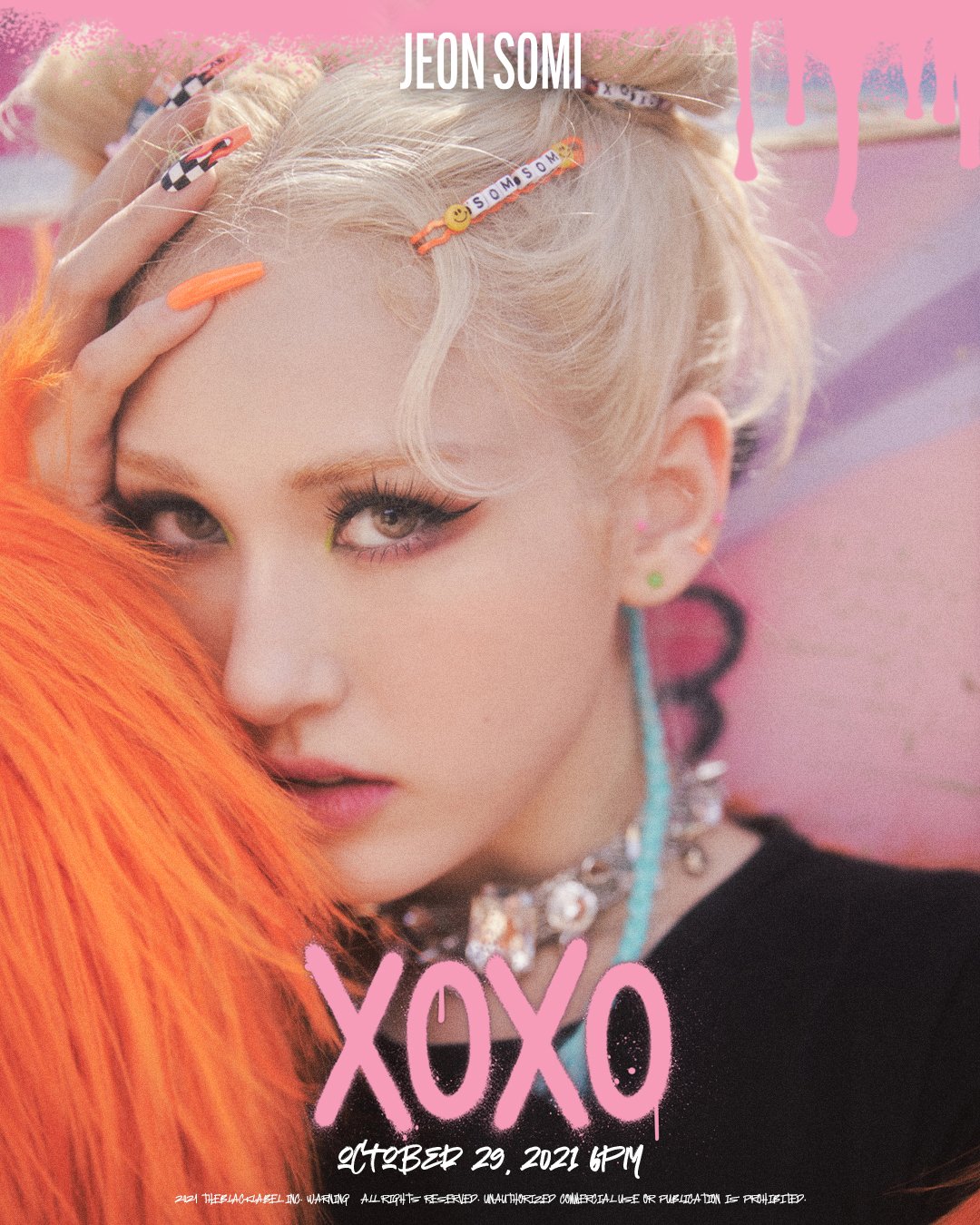 Jeon Somi last made a comeback in August with the hit single “DUMB DUMB.”

Are you excited for Jeon Somi’s comeback? Stay tuned for more teasers!