Jung In Sun Is A Fake Doctor Who Moves In With Idols Lee Jun Young, JR, Kim Dong Hyun, And Yoon Ji Sung In “Let Me Be Your Knight”

SBS’s upcoming drama “Let Me Be Your Knight” has released a colorful set of character posters!

“Let Me Be Your Knight” is a star-studded new romance drama about a popular idol band named LUNA and a woman pretending to be a doctor who unexpectedly winds up living at their dorm to treat a sleepwalking member.

The new posters introduce each of the six main characters by revealing what music means to them. Jung In Sun’s poster captures In Yoon Joo’s panic at having to become Yoon Tae In’s doctor, with the caption reading, “Music? I don’t know much about that kind of thing, and you want me to treat a musical prodigy?!” 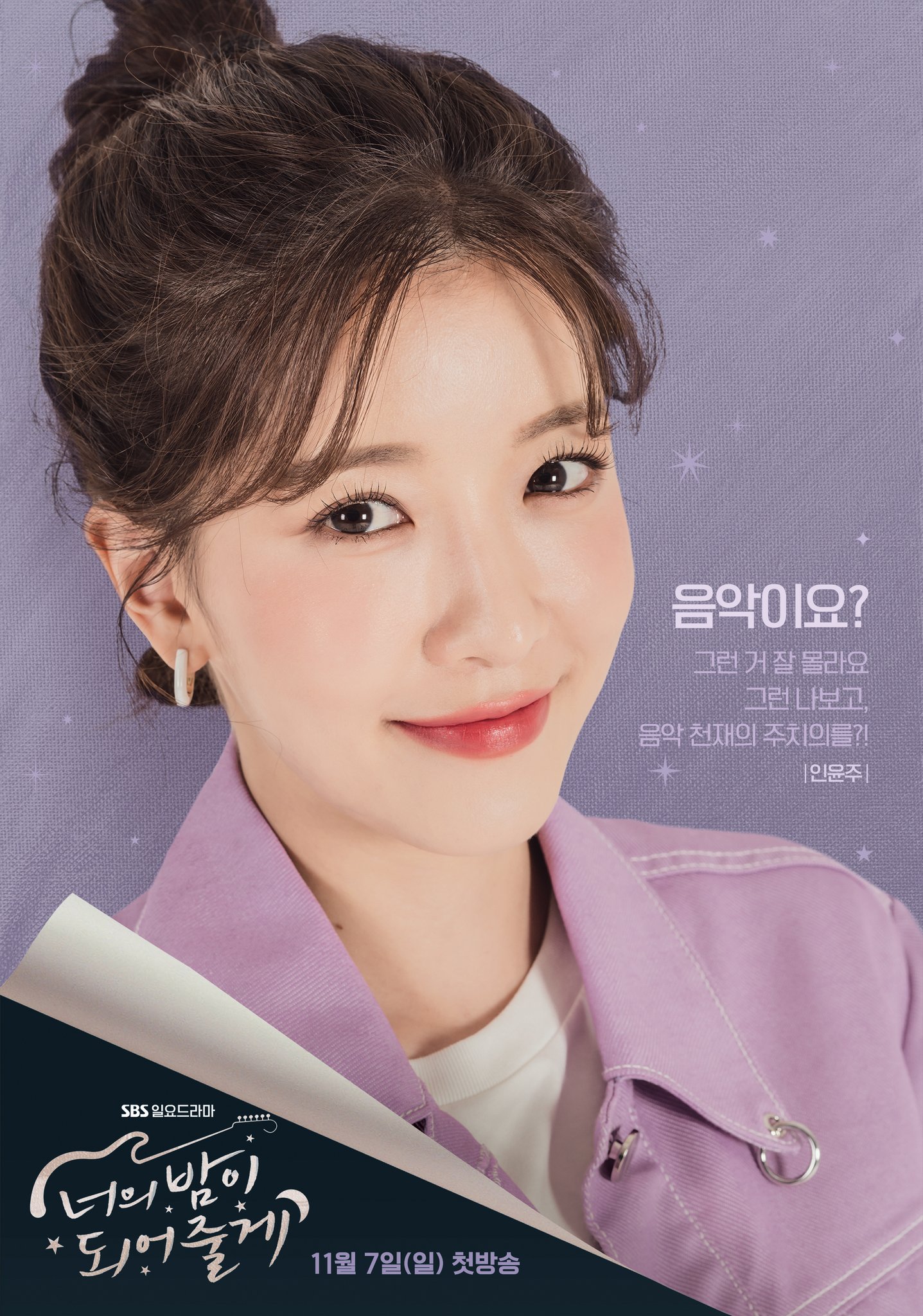 In contrast, the caption on Lee Jun Young’s poster highlights Yoon Tae In’s confidence when it comes to music: “Music? Like breathing, it comes naturally to me. Because it’s essentially who I am.” 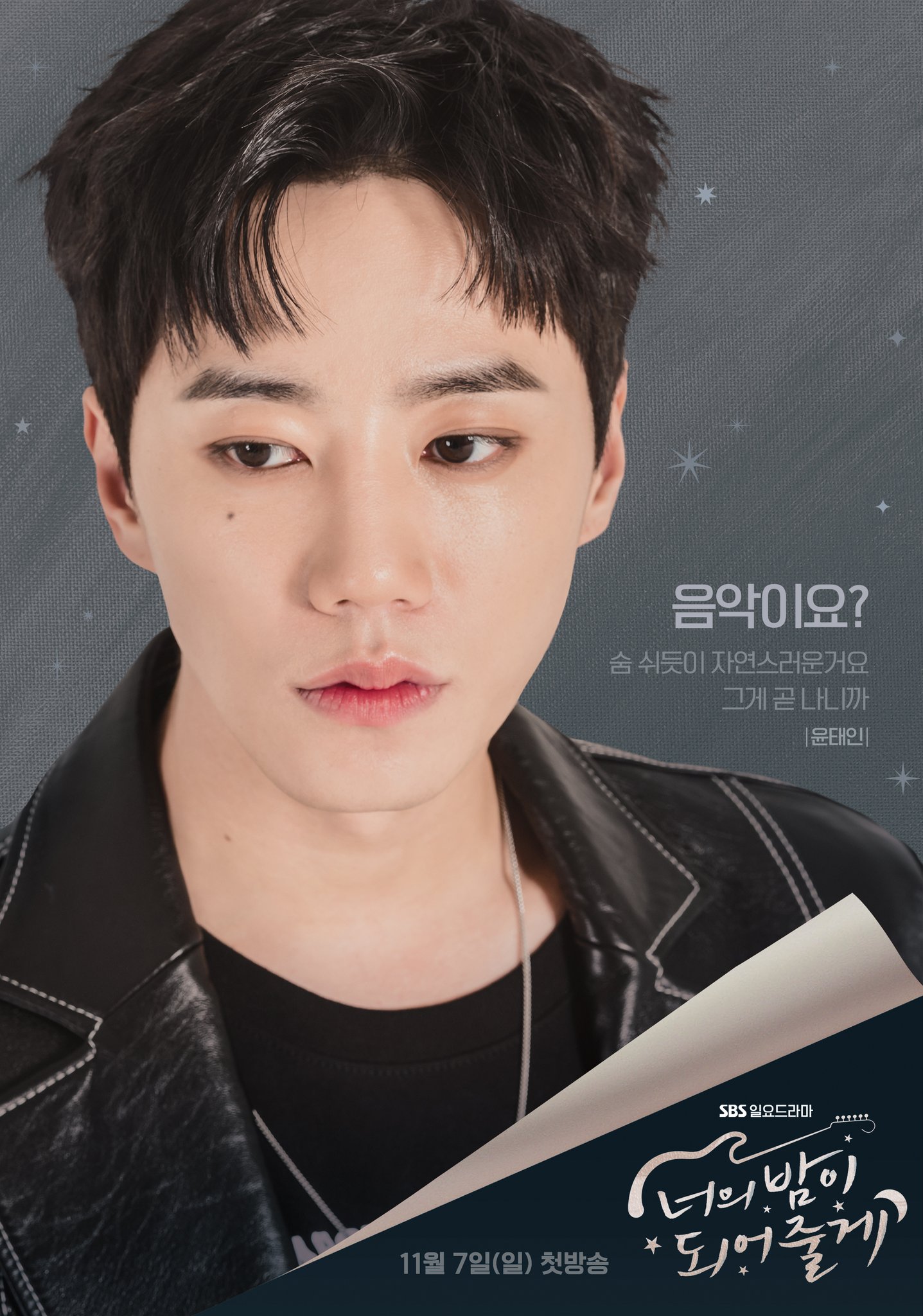 JR’s poster features Lee Shin cheerfully saying, “Music is what makes me the freest. Oh, you’re saying I was already free-spirited to begin with?” 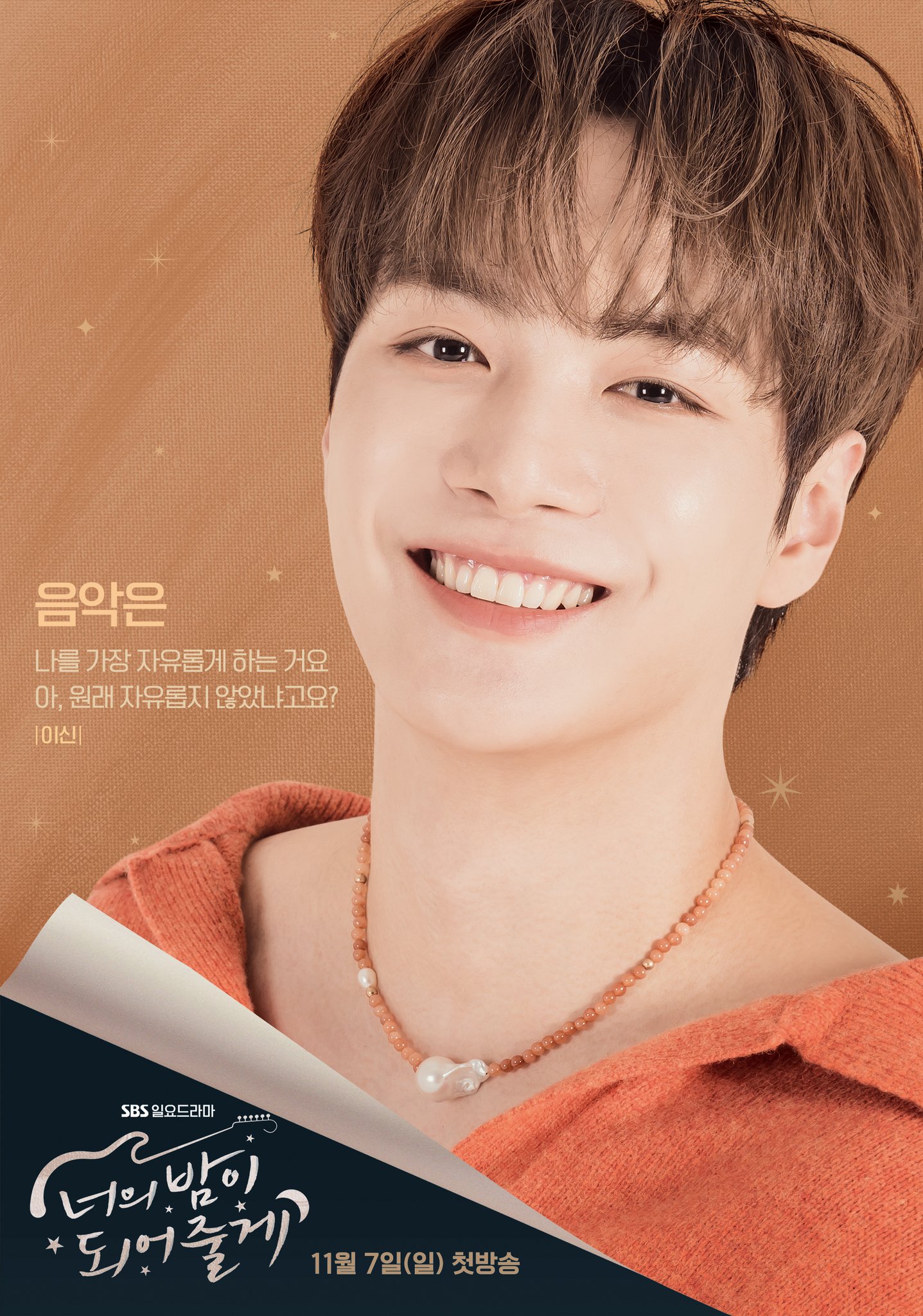 Meanwhile, Yoon Ji Sung’s poster reveals Kim Yoo Chan’s inner motivations, with the caption reading, “Music is something I do in order to become famous. Isn’t that the case for everyone?” 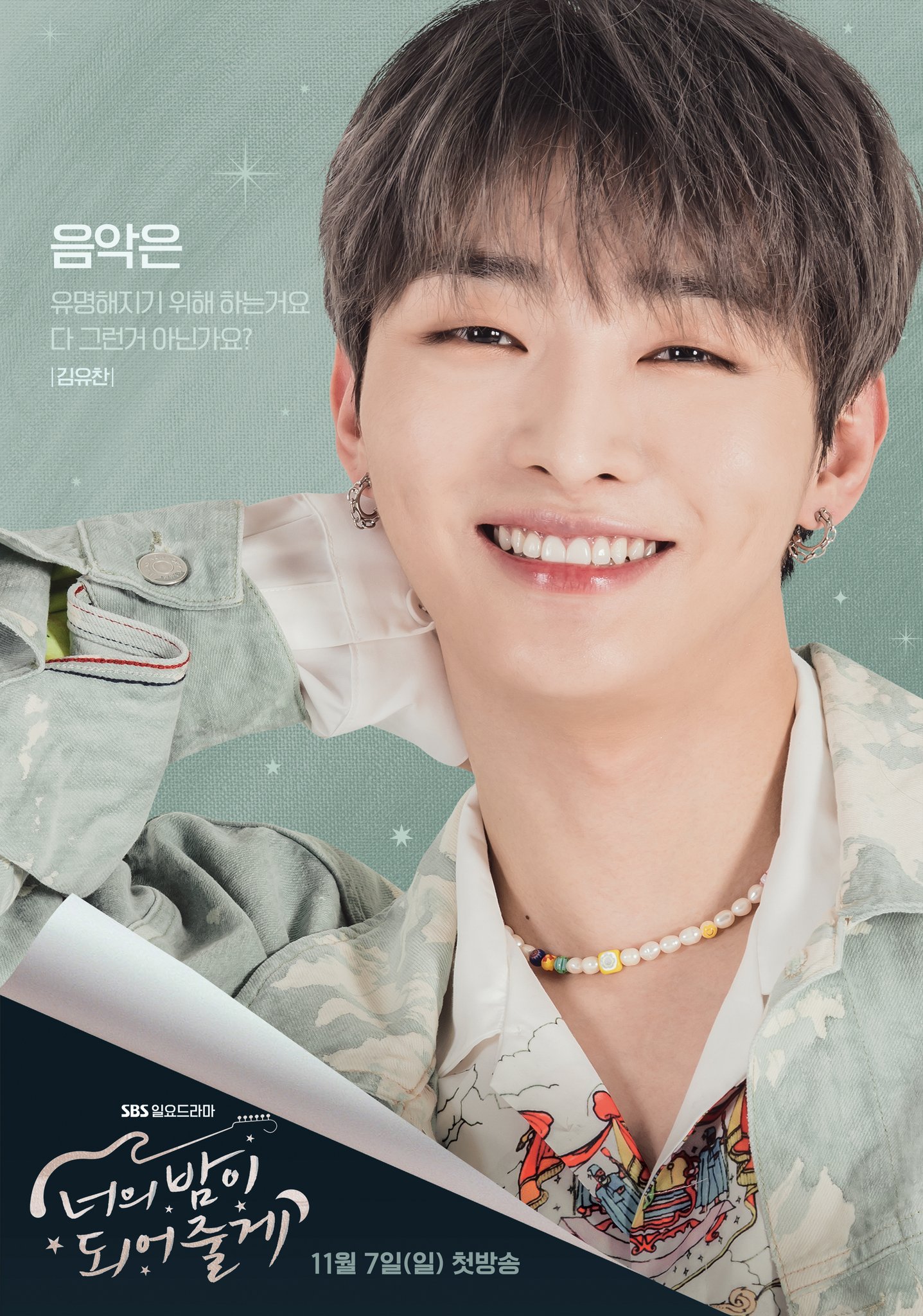 The caption on Kim Dong Hyun’s poster hints at Woo Ga On’s past trauma, reading, “Music helps me to forget. Because in that moment, I forget everything.” 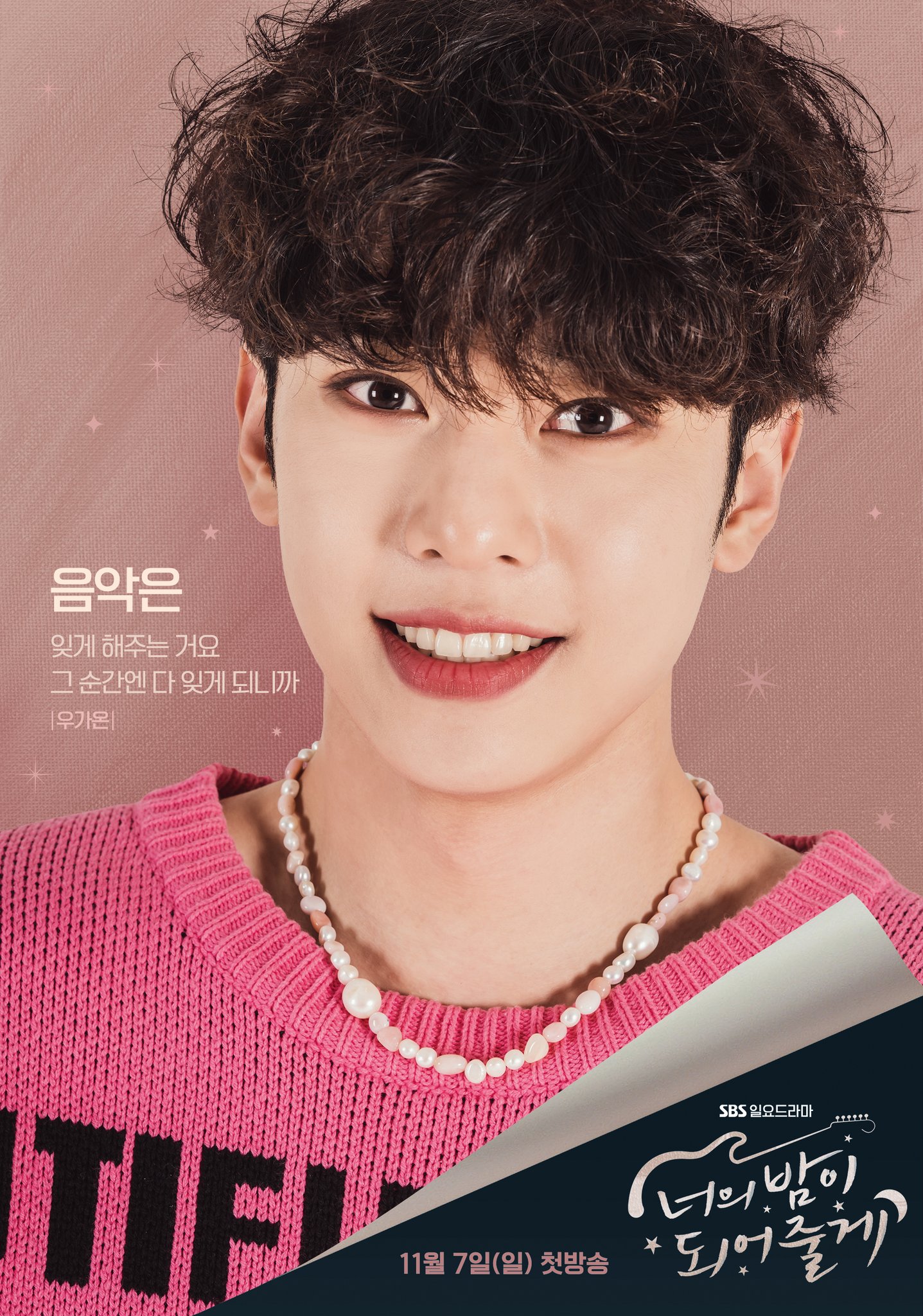 Finally, Jang Dong Joo’s poster captures his character Seo Woo Yeon’s romantic side. The caption reads, “Music? Like a first love, something that I pursue with a pure heart.” 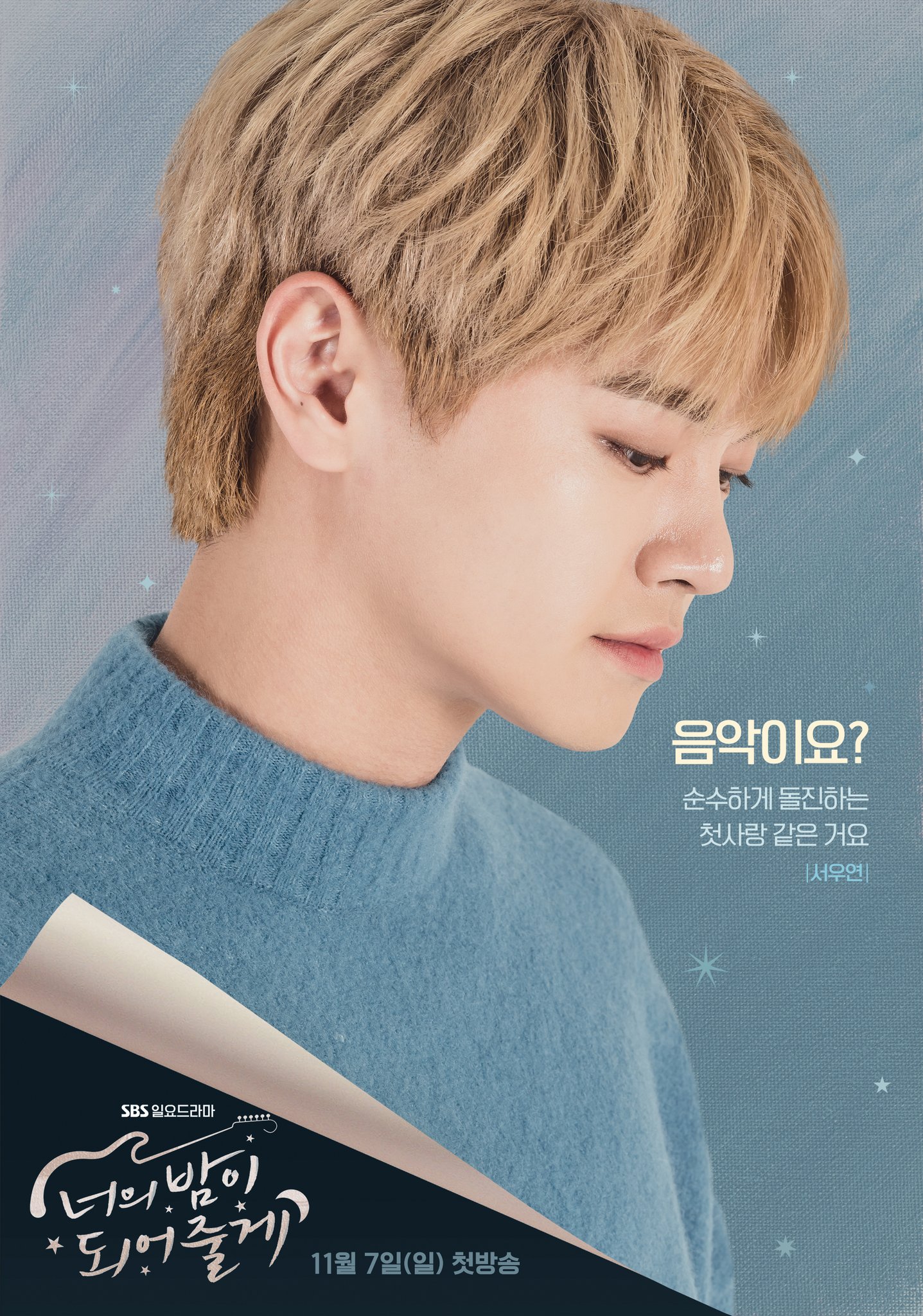 “Let Me Be Your Knight” premieres on November 7 at 11:05 p.m. KST and will be available with subtitles on Viki. Check out a teaser for the drama here!

In the meantime, watch Lee Jun Young in his recent idol drama “Imitation” with subtitles below: