After the third elimination round, 18 contestants moved on to the final episode, which would decide the debut lineup for the new girl group. There were two rounds of voting, the first that took place over the past week and the second that took place during the live broadcast. The votes from the live broadcast were doubled and the top 9 trainees with the most votes would debut in the new girl group.

For the final Completion Mission, the contestants were divided into groups of nine to perform the new song “Shine.” Team 1 would sing the first verse, Team 2 would sing the second verse, and all 18 contestants would come together for the end. The 18 contestants also performed the “Girls Planet 999” theme song “O.O.O” and the ballad “Another Dream” together.

Mnet also announced during the finale that the new girl group would promote under the name Kep1er (pronounced “kepler”).

The first debut lineup member to be announced was Sakamoto Mashiro at No. 8 with 708,149 points. She said, “I didn’t think I’d make it, so I didn’t prepare a speech. Thank you to all the people who helped me get here, as well as the Masters who helped me grow. I thought that this audition was my last chance, so this is a huge fit for me. I love all the people I’ve met here.”

The second member was Ezaki Hikaru at No. 7 with 713,222 points, followed by Kang Ye Seo at No. 6 with 770,561 points. Kang Ye Seo said, “After the first Master rankings, my rankings kept falling. That’s why I thought I wouldn’t make it to the top 9 and had a tough time, but I’m grateful to the Planet Guardians who voted for me.”

Ranking No. 4 was Kim Da Yeon with 885,286 points, followed by Choi Yu Jin at No. 3 with 915,722 points. Choi Yu Jin said, “Thank you to the Planet Guardians, who voted for us for many months. When I first took on this challenge, I had no confidence and I was worried. But after realizing how happy I was on stage, I was glad I took on the challenge. I want to show more performances in future. I’m so thankful and I will become a singer who remains humble and grateful in every moment.”

In the end, Kim Chae Hyun ranked No. 1 with 1,081,182 points. She said, “Thank you to the ‘Girls Planet 999’ staff and the stylists who helped make me look pretty. Thank you to my Guardian family and friends. Even just hearing the name ‘Planet Guardian’ gave me happiness and strength. Thank you for giving my story a happy ending. I will become an artist who cherishes each moment on stage.”

Huening Bahiyyih, who placed second with 923,567 points, said, “I didn’t know that I would make it to the final stage. Thank you to the Planet Guardians who gave me such a big opportunity. The 99 contestants all worked hard and I was happy to work with them. Thank you to the Masters, who helped me grow. Thank you to my family, who is always cheering me on.”

The last member revealed was ranking No. 9, with the candidates being Shen Xiao Ting, Kim Su Yeon, and Guinn Myah. In the end, the No. 9 member was Shen Xiao Ting with 700,663 points. 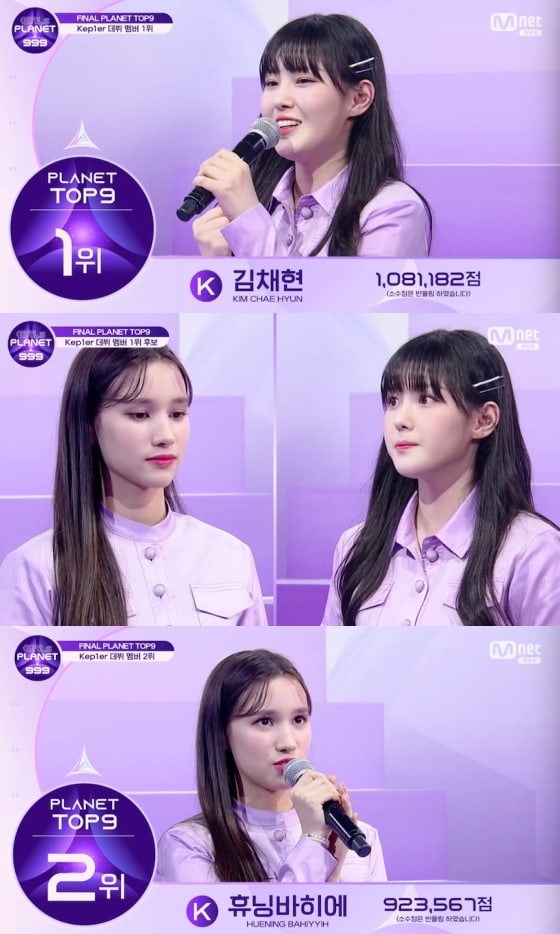 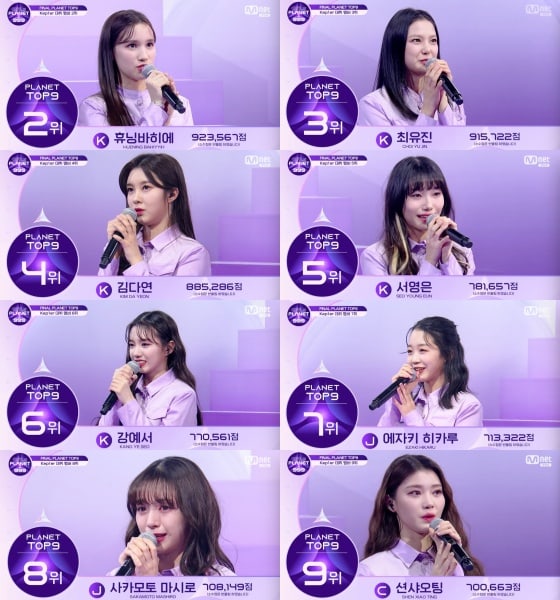 The top 9 are as follows:

Girls Planet 999
Kep1er
How does this article make you feel?