“Hee Soo” is the first installment in the 2021 KBS Drama Special, an annual collection of short-form dramas that are one or two episodes each. “Hee Soo” is a sci-fi thriller about a married couple mourning the death of their beloved daughter and the emergence of virtual reality technology that creates a rift between them.

Jun So Min stars as Hwang Joo Eun, a woman who uses VR technology to cling to the memory of her lost child. Park Sung Hoon stars as Go Tae Hoon, who is forced to watch as his wife becomes ensnared into a false universe out of grief for their child.

PD Choi Sang Yeol said, “How to portray the VR universe and how to portray the characters that show up in VR, was one of my biggest concerns. Should I make it all CG or just the background? Should I add effects to the characters? Or do I just make them realistic with the idea that technology has so far advanced to make that possible? I decided to go with the realistic option and I think that results-wise that was the best decision.” 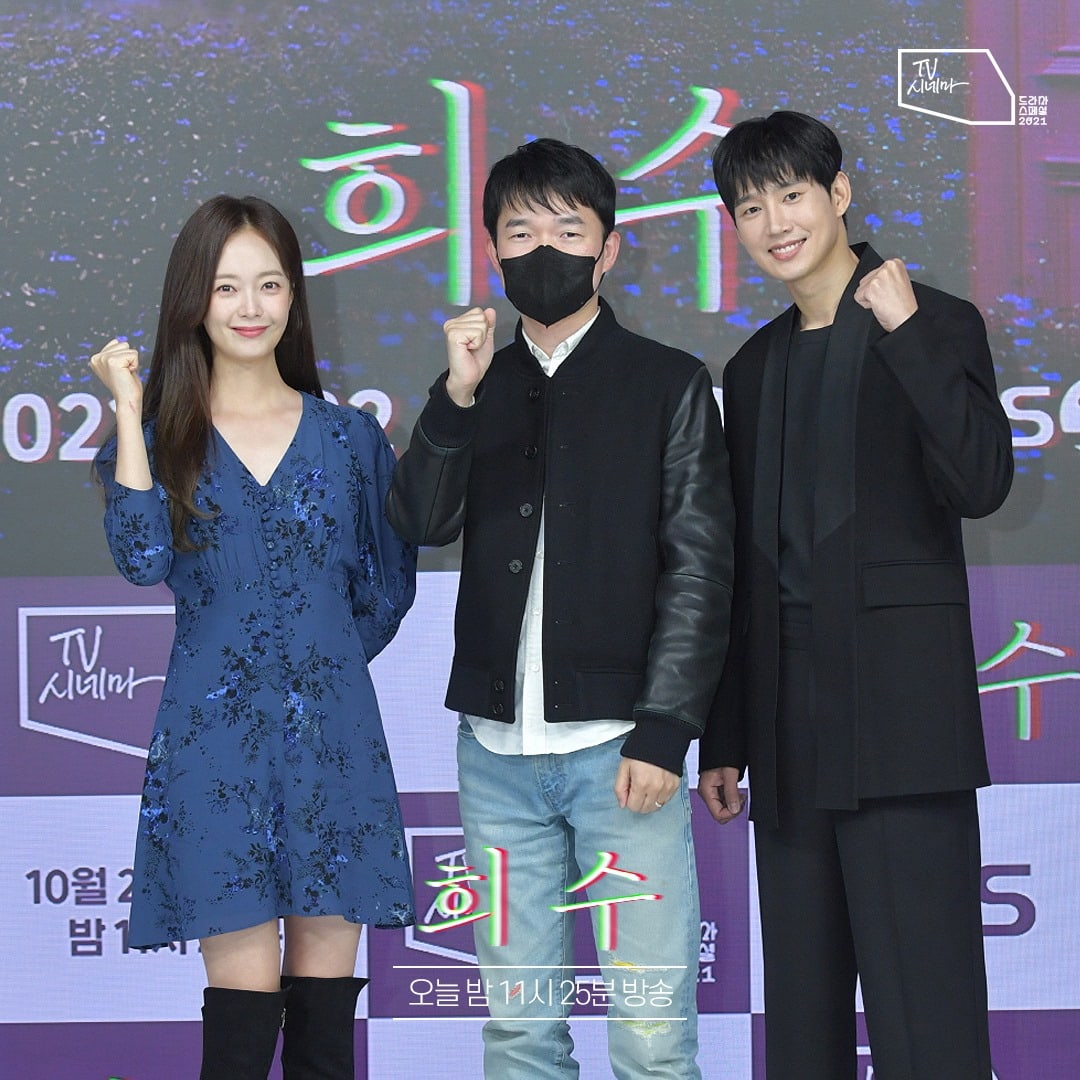 Jun So Min shared that her reason for appearing in “Hee Soo” was to act in an image she’d never tried before. “None of my colleagues who have seen it have gotten back to me yet,” she said. “[Lovelyz’s] Mijoo told me that I looked cool in my proper job as an actor, but I was embarrassed.”

She continued, “I don’t have a child of my own, but I have friends who are working and raising a child at the same time, like my character Joo Eun. I wanted to show a friendly, natural image as a mother in the drama. Since there’s a wide spectrum of emotions for the role, I tried to express it as much as possible in the script reading. But the director suggested that I take those overflowing feelings and channel it more firmly inward and toward my energy instead.”

Jun So Min added, “It might feel unfamiliar to see me acting as a mom, but I wanted to change up my image with something unfamiliar like that. I wanted to expand my acting spectrum and I think that I succeeded at that goal.” 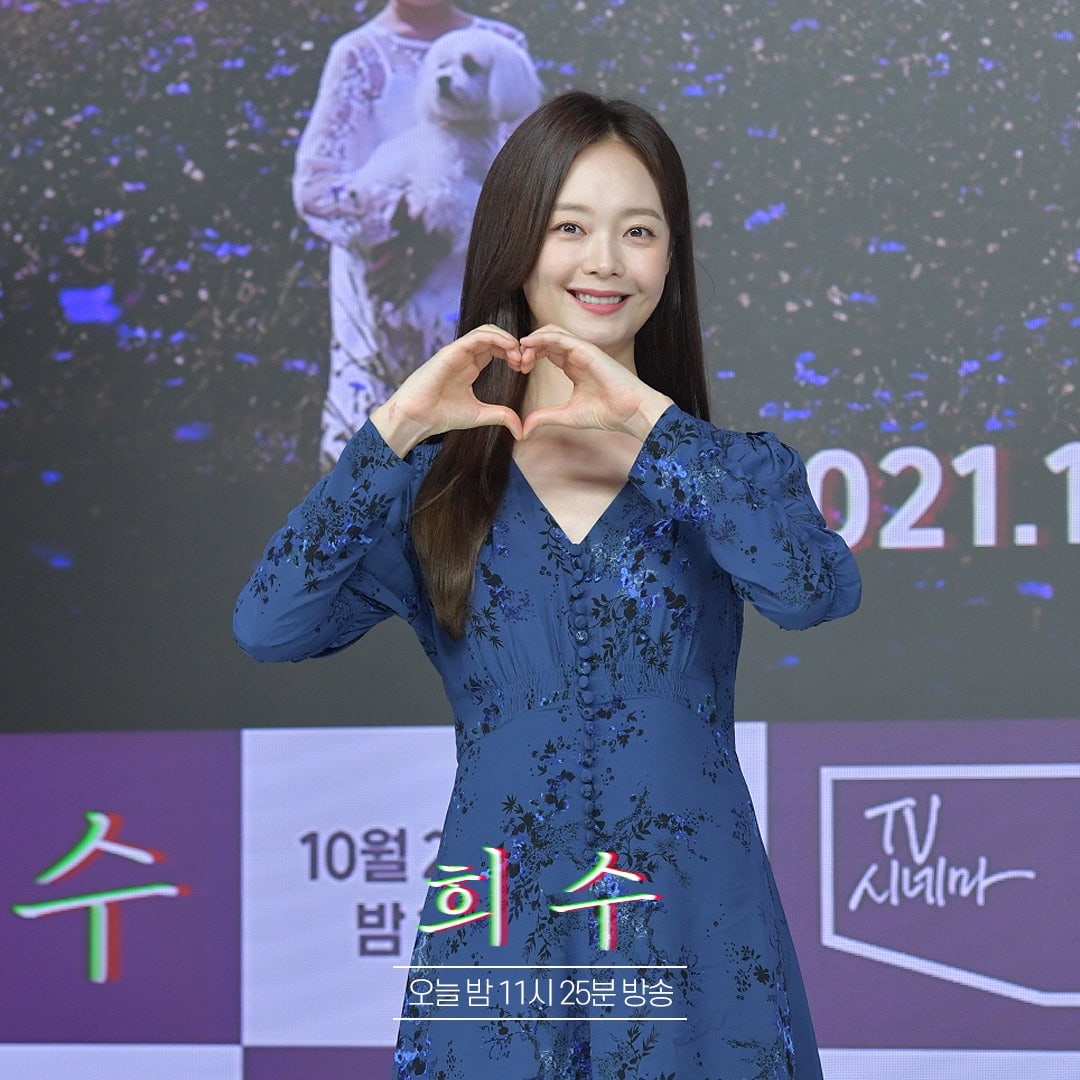 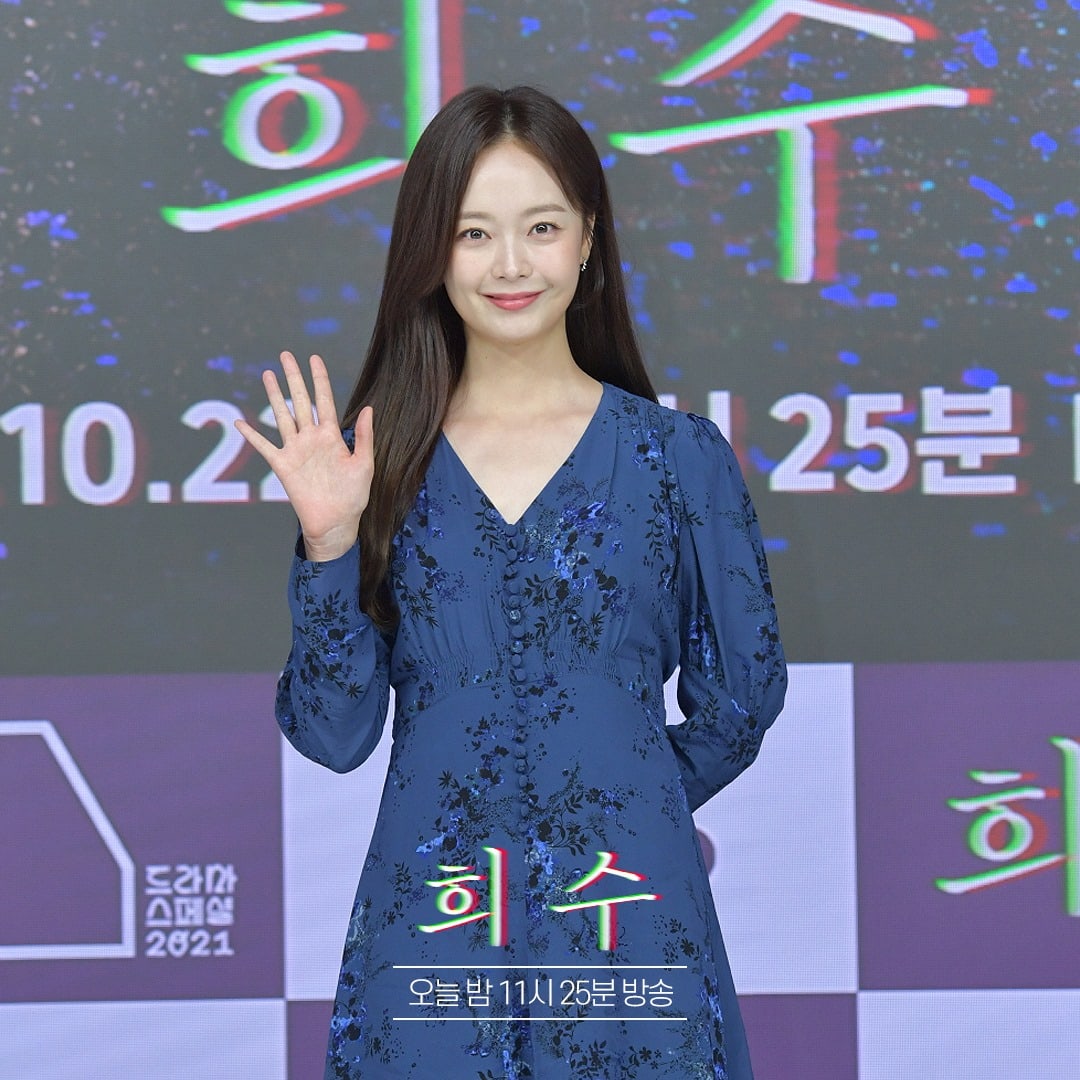 Park Sung Hoon said, “When I read the script, it was really interesting. Jun So Min was cast first, so I had no reason to hesitate. I liked the idea of taking on a new challenge together with her.”

Asked how he would react in a similar circumstance as his character, he replied, “It’s a really difficult thing to imagine. I think that our project is asking such a question of viewers, so I hope that this can be an opportunity for viewers to think about various things while watching it.”

Jun So Min and Park Sung Hoon worked together in the 2018 KBS Drama Special “Review Notebook of My Embarrassing Days.” Jun So Min said, “I was really happy to be working with Park Sung Hoon again. I didn’t expect that they’d cast someone that I was already familiar with, but when I heard the news, I was so happy that I exclaimed. I think it will be a good project for both of us.” 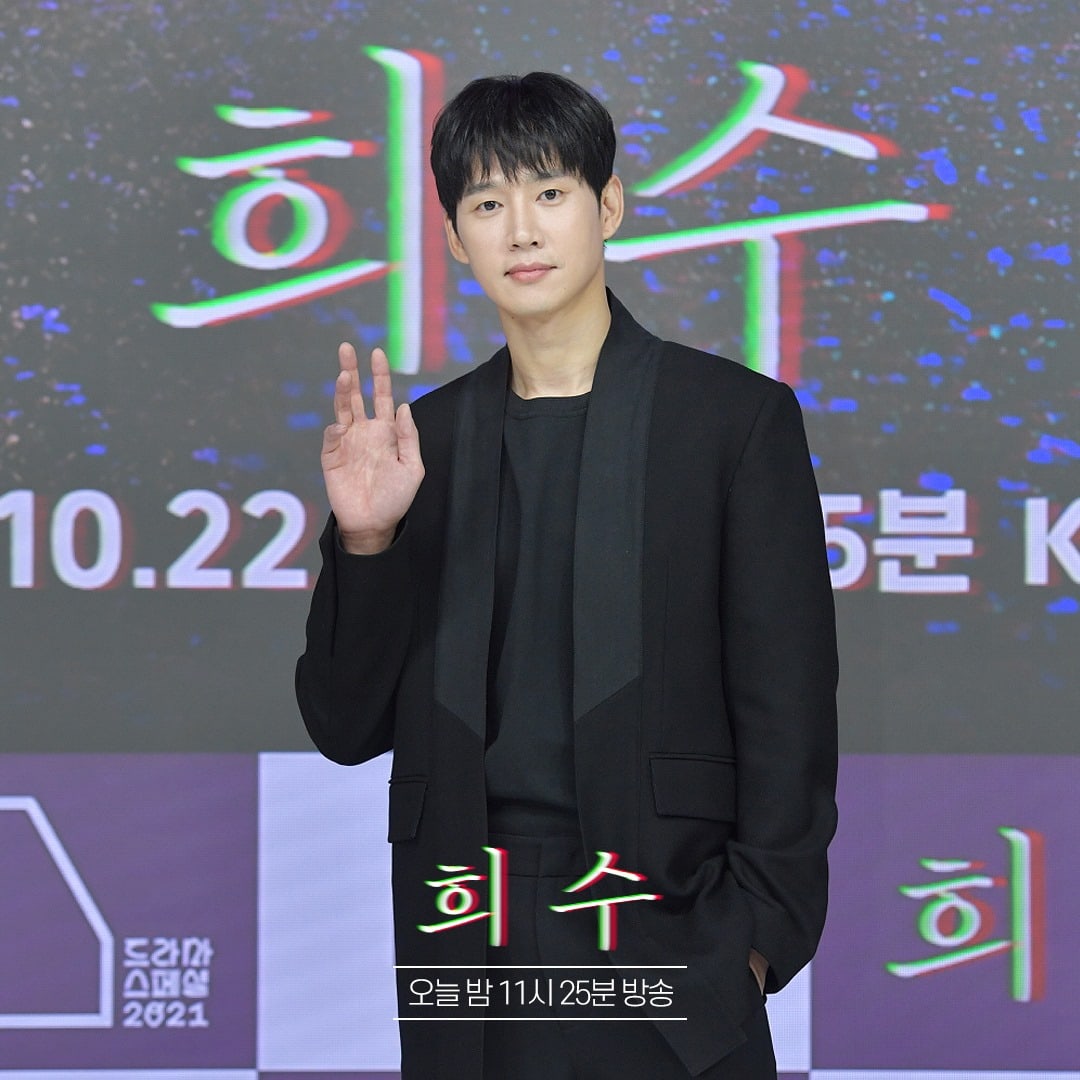 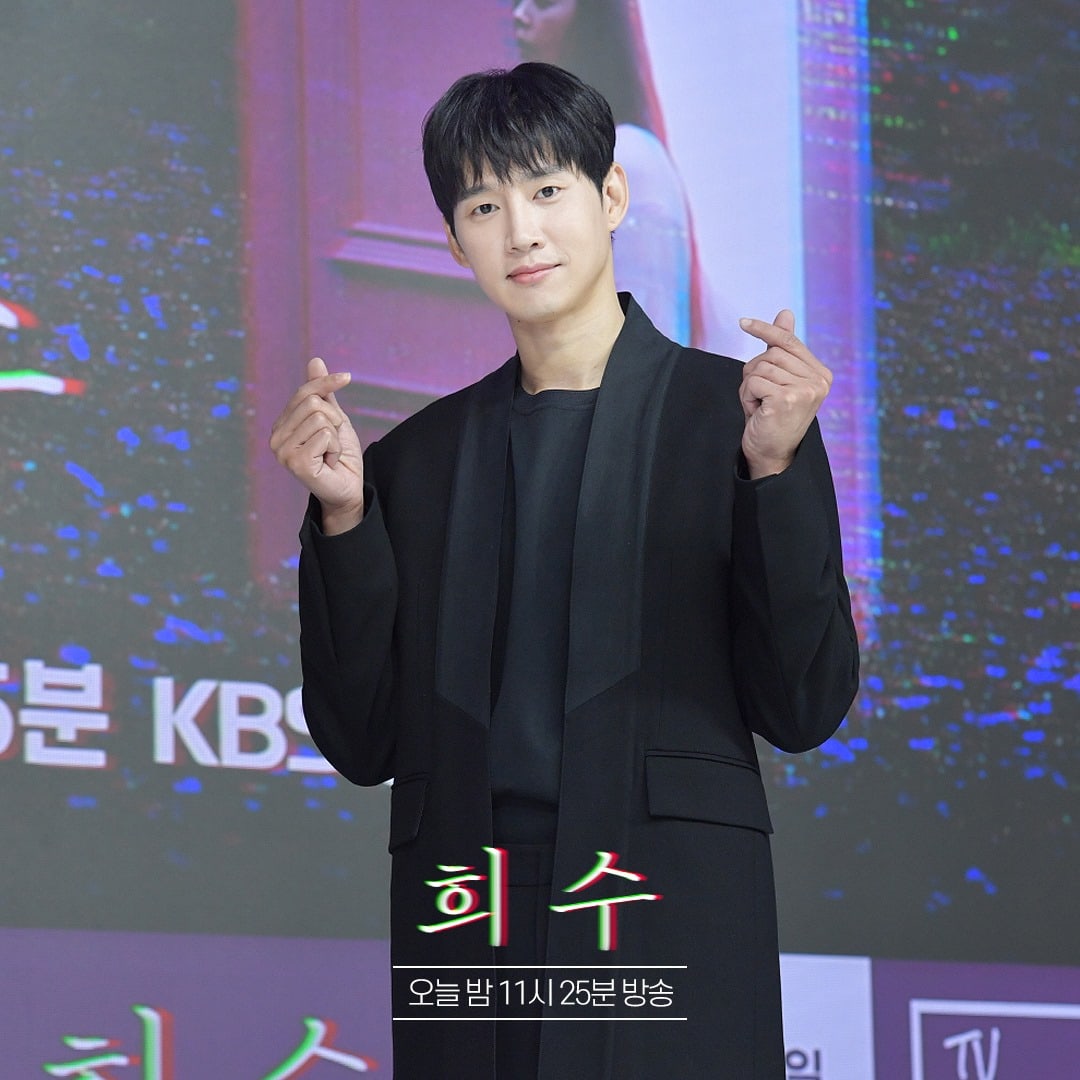 “Hee Soo” aired on October 22 at 11:25 p.m. KST and was available two weeks earlier on streaming platforms wavve and Btv.

Watch the 2018 KBS Drama Special below!