Namgoong Min Gets Ready For Final Battle In “The Veil” Finale

As MBC’s “The Veil” races towards its conclusion, the drama has shared an exciting sneak peek of its final episode!

On the previous episode of “The Veil,” Han Ji Hyuk and his partner Yoo Je Yi (Kim Ji Eun) chased after the elusive Baek Mo Sa (Yoo Oh Sung), feeling certain that there were still remnants of Yoo Je Yi’s father left inside him. Knowing that she was Baek Mo Sa’s target, Do Jin Sook (Jang Young Nam) agreed to act as bait to lure Baek Mo Sa, even if it meant risking her life.

However, the episode ended on a nail-biting cliffhanger, with Han Ji Hyuk’s blood running cold as he discovered a time bomb that was seconds away from exploding strapped to the body of one of Baek Mo Sa’s underlings.

In newly released stills from the drama’s highly-anticipated finale, Han Ji Hyuk faces off against an unseen foe on the day of his “final battle.” While some of the photos capture Han Ji Hyuk in action, fully alert as he points a gun at the enemy, another photo features the agent injured and weary, looking strangely defeated as he stares off into the distance with an empty gaze. The moment shows a side of Han Ji Hyuk viewers haven’t seen before, raising the question of whether he will be able to succeed in his mission of taking down Baek Mo Sa and unveiling the full truth. 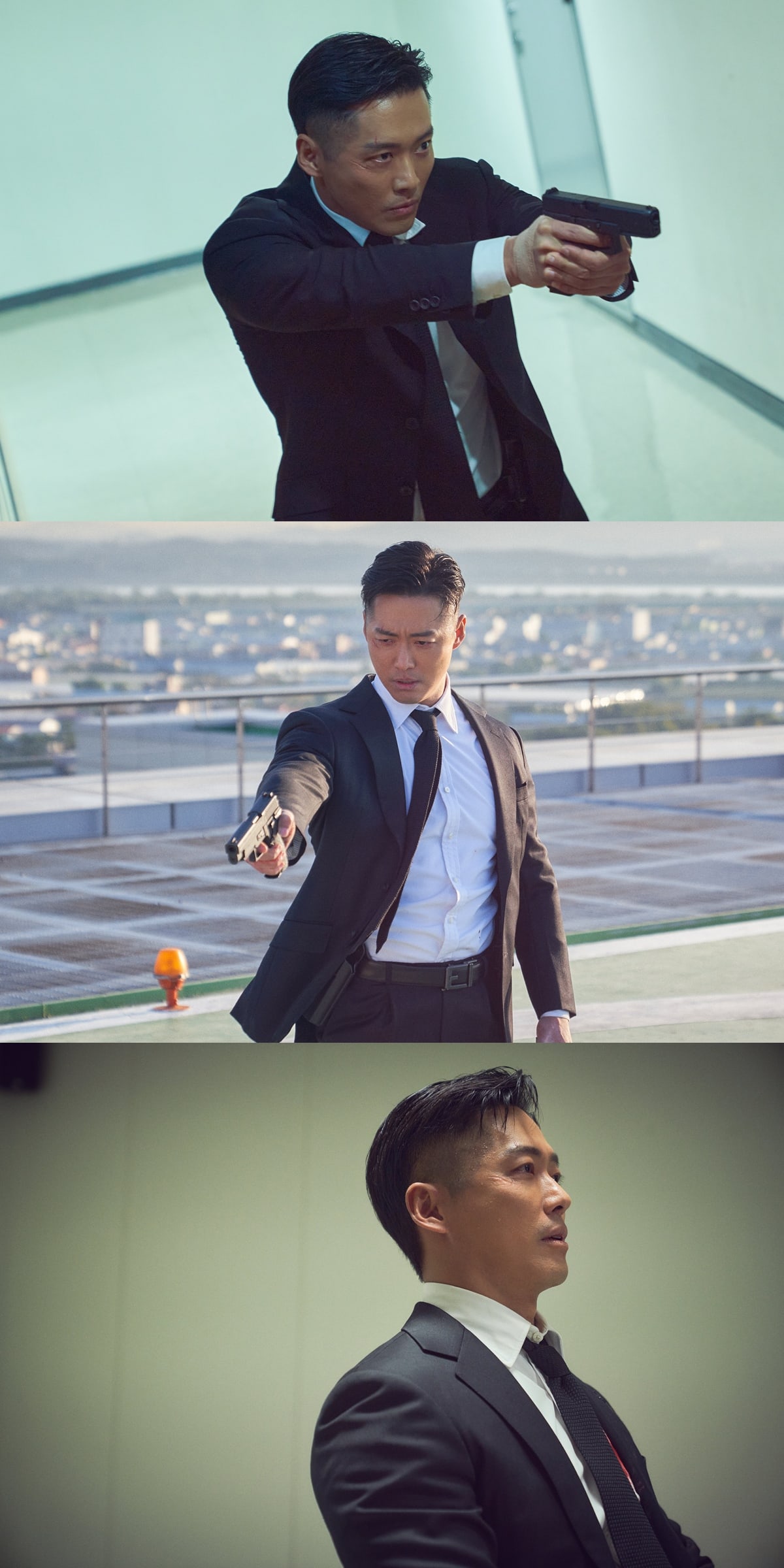