Lee Do Hyun and Im Soo Jung shared how they prepared for their roles as math prodigy and professor in tvN’s upcoming drama “Melancholia.”

“Melancholia” is a drama that is set in a private school rife with corruption. It tells the story of a passionate math teacher named Ji Yoon Soo (Im Soo Jung) and a former math prodigy named Baek Seung Yoo (Lee Do Hyun) as they fight to overcome social conventions and prejudices together.

In the drama, Baek Seung Yoo got into MIT (Massachusetts Institute of Technology) at an early age, but is currently living quietly as the last-place student at his school. Lee Do Hyun said, “When I first thought about how I’d play Baek Seung Yoo, I was at a loss. It was difficult even to establish the character’s tone. But the director and writer and senior cast members helped me approach the character.”

He continued, “I think Seung Yoo is rather honest and blunt. He seems immature in some ways, but I think that he’s also quite mature in other ways. I didn’t want to look awkward in the role of a math prodigy, so I studied math formulas with an expert math teacher. Since he’s an outsider at school, I tried to talk less and capture both his sharpness and the feeling of emptiness in his heart.”

About learning math for the role, he said, “The process of learning formulas and filming wasn’t easy, but there are times when I can see the connection as I do it, and think, ‘If I do this, it becomes like this.’ It feels good when that happens. The director, the many staff members, the math expert teachers, and all the actors are working hard at filming. The meaning and the stories in ‘Melancholia’ are very warm, honest, and expansive. I think it will be more interesting to viewers if they start watching with the question, ‘Why?'” 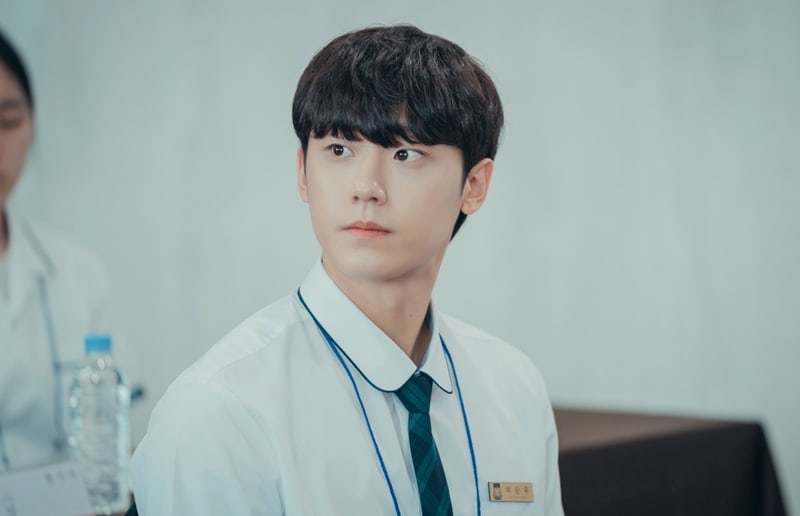 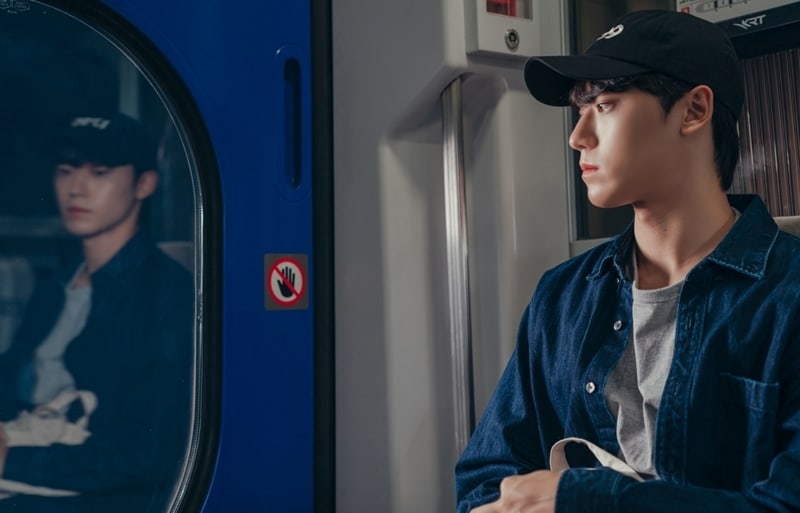 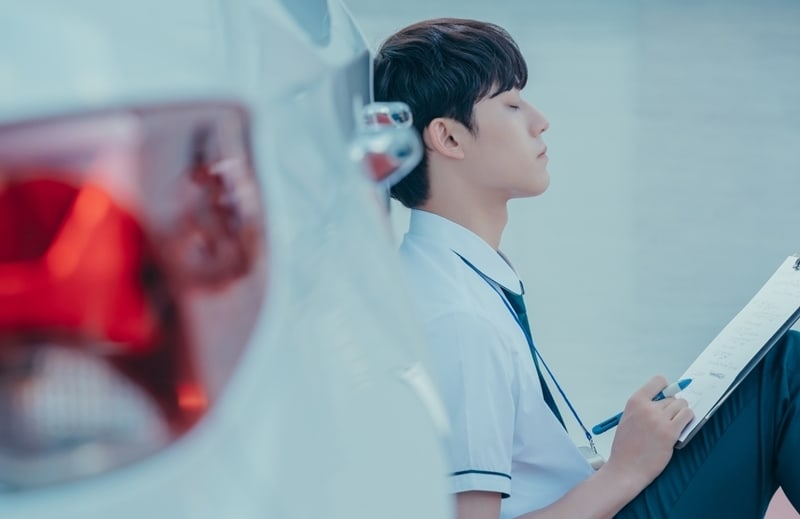 Im Soo Jung’s character, Ji Yoon Soo, wants to break the stereotype that math is about following established formulas and finding answers by rote. Because of this, she is a rebel in the cutthroat world of university entrance exams, where students are expected to study according to traditional methods.

Im Soo Jung said, “The whole time I was reading the script, I thought that this drama was really beautiful. My heart beat faster, it fluttered, and it hurt. I thought that I really wanted to participate in a project like this and play the role of Ji Yoon Soo. She’s a difficult and rare character to see in a society that values the competitiveness of the entrance exams. Sh’s the first to realize how special Baek Seung Yoo is, who has lost his inner light because of his personal trauma. Everyone turns their backs on him, but she wants to revive his unique talent and does so while sticking to her own principles and convictions. I think that that’s a little like me. I could understand her special perspective.”

She continued, “Since math is an important channel of communication for Ji Yoon Soo and Baek Seung Yoo, I often ask the math experts for advice on set and do some studying on my own. I think ‘Melancholia’ will be a drama that embraces unforgettable feelings this fall and winter.” 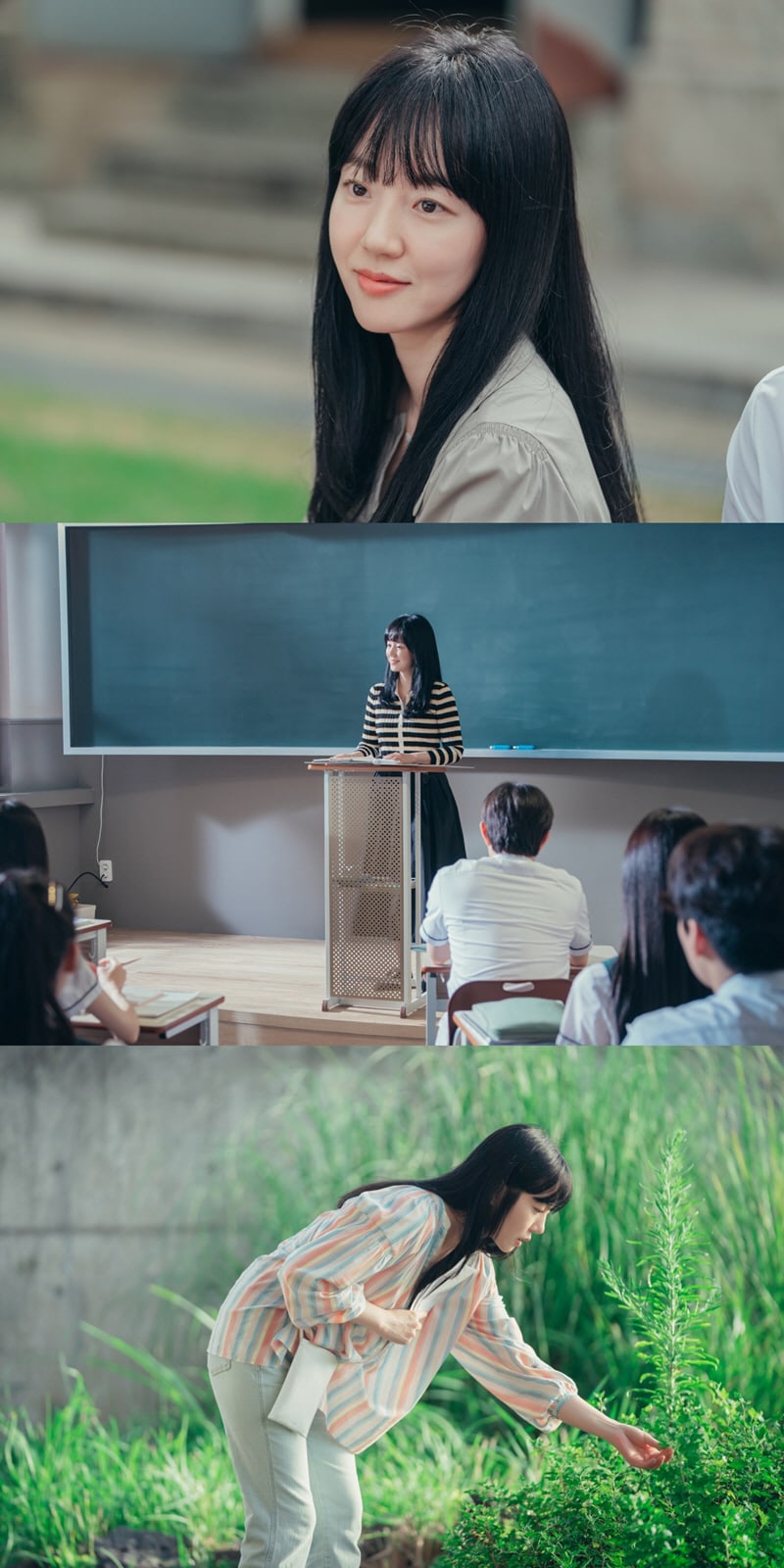 “Melancholia” premieres on November 3 at 10:30 p.m. KST and will be available on Viki.