Honey Lee captivated audiences with her double-role performance in SBS’s “One the Woman”!

No matter the role she took on in a particular scene, Honey Lee displayed great chemistry with her co-stars. Here are three different ways her perfect teamwork with her co-stars served to keep viewers immersed in the drama.

1. Her chemistry as a nemesis

One of the first memorable scenes from the drama is when Jo Yeon Joo, who has become Kang Mi Na, gives viewers an immense sense of catharsis with her furious rant at the villainous in-laws’ comments during the memorial service. With her words being relatable to many, the scene endeared her to viewers and also set up the expectation for more up-front confrontations with the in-laws.

Although superb acting skills are necessary to pull off such an emotion-filled scene, the synergy between the actors is also another deciding factor. Honey Lee not only put the perfect amount of emotive detail into her acting, but also kept viewers eyes glued to the screen through her bristling chemistry with Jin Seo Yeon, who played Kang Mi Na’s sister-in-law. Whenever the two actresses butted heads in a scene, they also brought with them a sense of unpredictable tension. 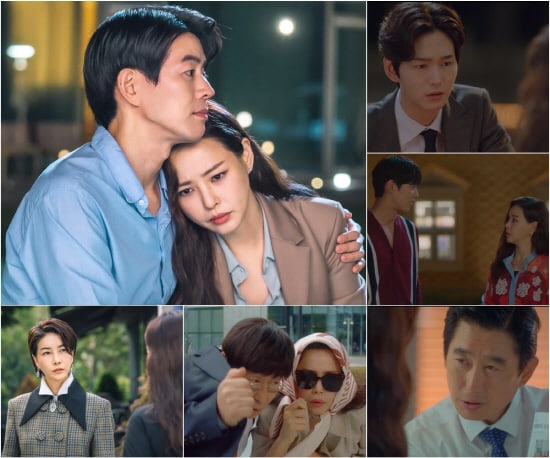 2. Her chemistry as a romantic interest and friend

On the other hand, Honey Lee’s teamwork is just as fluid with the characters that hers is on good terms with. When Jo Yeon Joo set out to protect Kang Mi Na’s spot by leading a double life, she felt some peculiar emotions regarding Han Seung Wook, who was Kang Mi Na’s first love. However, she filed these emotions away as she reasoned that he was just being nice to her because she resembled Kang Mi Na.

While she was going through this process, viewers watched with anticipation as the pair bickered back and forth while also looking out for each other. Although the fact that her father was involved in his own father’s death evoked pity and sympathy from viewers, they became entranced by both the visual aspects of the pair’s relationship as well as the warm-hearted feelings they shared.

3. Her chemistry with those who support her

Among those who aid Jo Yeon Joo in her double life are the head of Hanjin Group’s legal team No Hak Tae (Kim Chang Wan) and Hanju Group’s housekeeper Kim Kyung Shin (Ye Soo Jung). Although No Hak Tae had a penchant for grumbling every time he was summoned by Jo Yeon Joo, he was her most reliable source of aid. Additionally, Kim Kyung Shin gave Jo Yeon Joo an invaluable shoulder to lean on. These characters created a sort of ambiguous vibe as they could be on not just Jo Yeon Joo’s, but anyone’s side.

Whether as a friend or as an enemy, Honey Lee has proven her skills as an actress capable of creating various types of chemistry with all of her co-stars.