KBS 2TV’s Monday-Tuesday drama “The King’s Affection” has shared new stills ahead of the next episode!

Lee Hwi finally accepted Jung Ji Woon as her teacher after seeing his sincerity through the lotus seed task. She realized that he was different from his cold and merciless father Jung Seok Jo (Bae Soo Bin) and that he was afraid of becoming like him. In addition, Jung Ji Woon understood why Lee Hwi tried to drive him away. With this new development in their relationship, the two are expected to become closer.

In the newly released stills, Lee Hwi is spotted in an uncomfortable situation, and Jung Ji Woon looks equally dumbfounded. Previously, the two characters had shared their sincerity in front of the pond and experienced a subtle heart-fluttering moment. So it will be interesting to find out why they are on the rocks again. 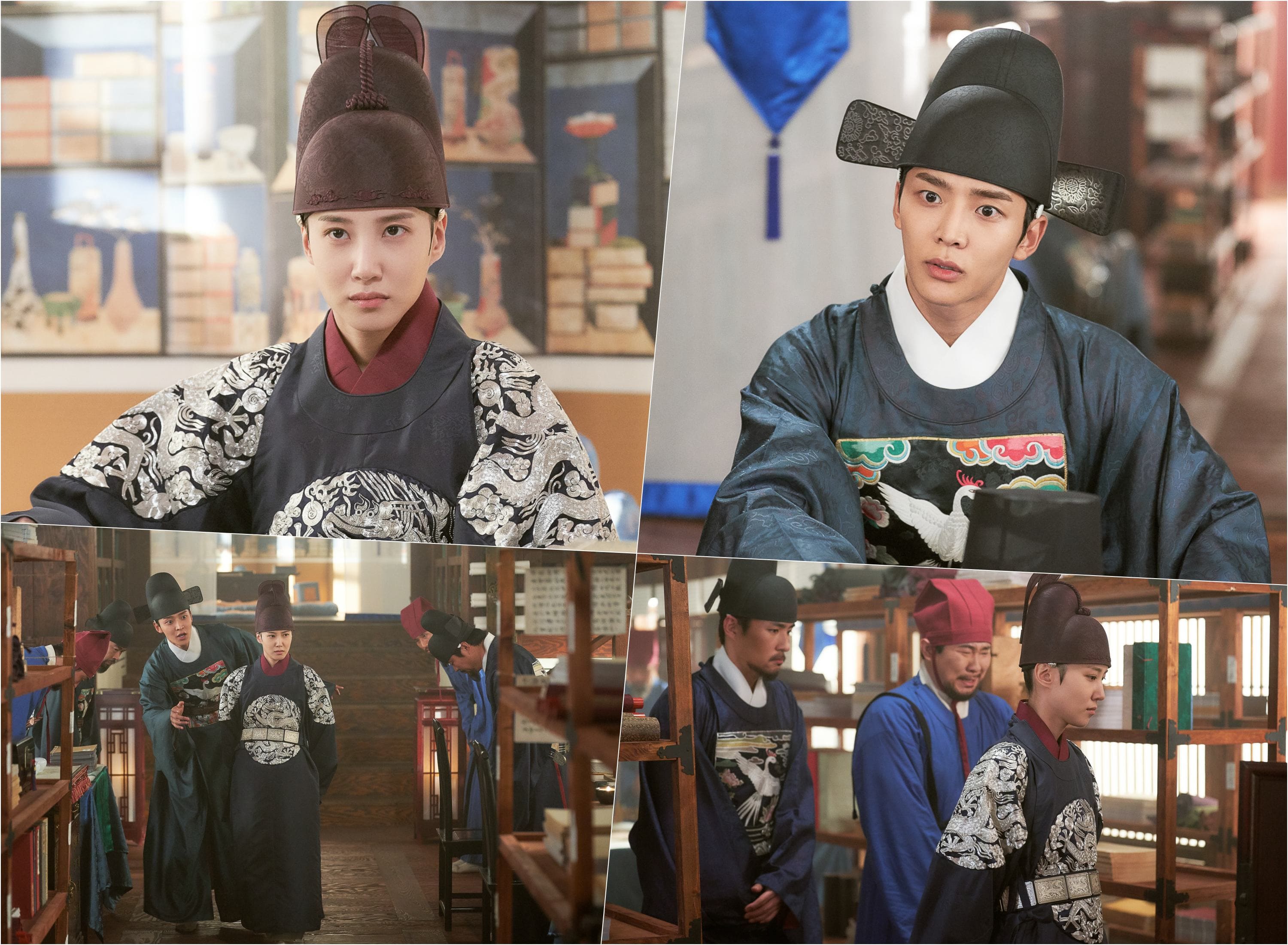 The drama’s producers hinted that the upcoming episode will revolve around the sigangwon (a government office that is responsible for the education of the taxpayers). They explained, “When Lee Hwi is in front of Jung Ji Woon, she acts differently than usual, and her reactions fluster him. Please also forward to a variety of episodes, including the family of sigangwon who will grow stressed while watching them from the side.”