SEVENTEEN’s Hip Hop Unit Talks About Fun Moments Together, Traits They’d Like To Steal From Each Other, And More

Recently, SEVENTEEN returned with their ninth mini album “Attacca” with the title track “Rock with You.” In an interview with S.Coups, Wonwoo, Mingyu, and Vernon, the four members shared insight into their specific unit.

Mingyu commented, “Until now, the hip hop team often wore suits with a mature feeling for photo shoots. Today, we did a shoot with BOSS Menswear, and it felt special because it gave off a casual and young vibe. I think it suits our hip hop team well.” S.Coups added, “It felt nice filming with the four of us after filming with 13 members because our faces could be seen well.” 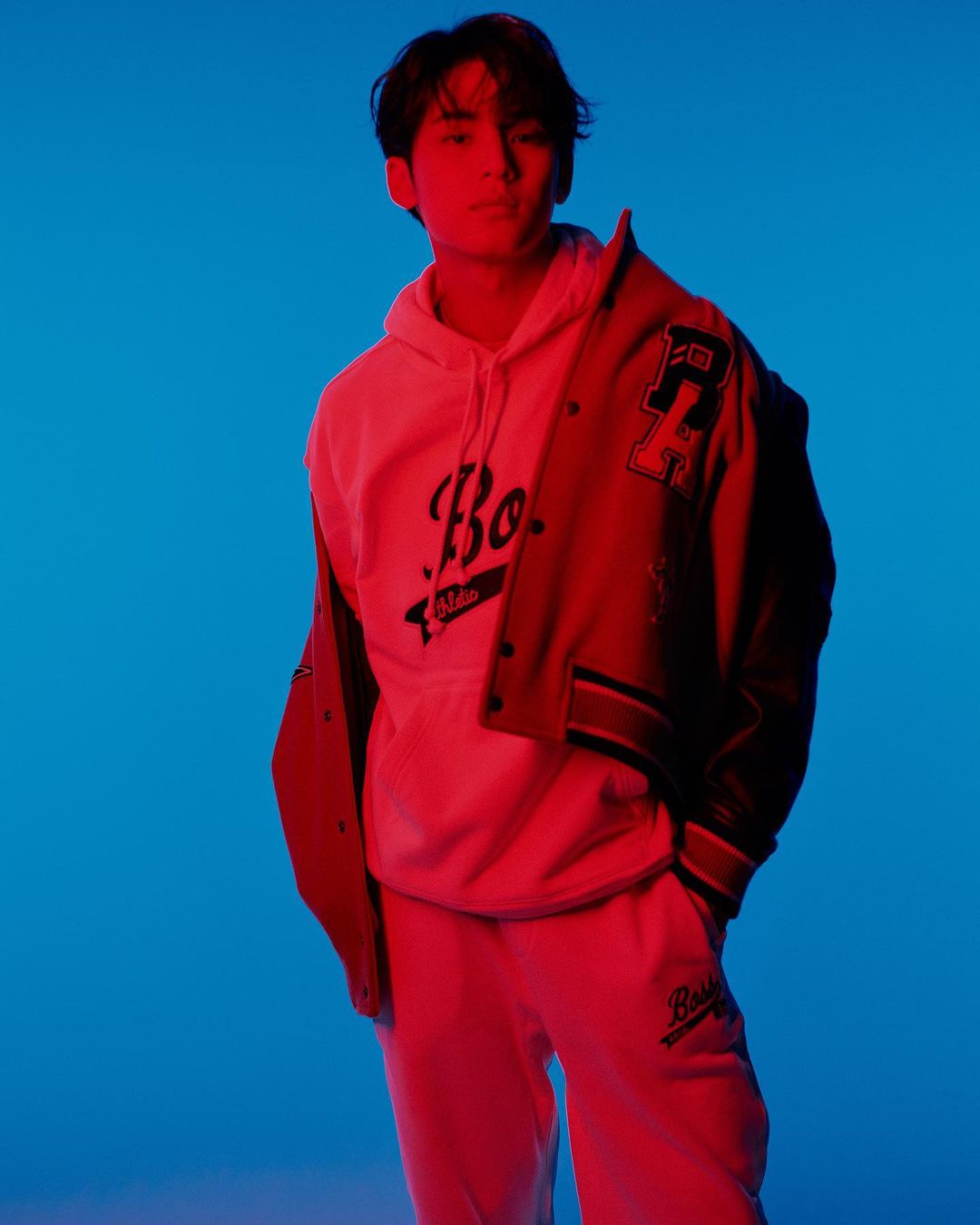 Regarding how they practiced together, Vernon shared, “To be honest, we’re all free souls. I don’t feel that our teamwork is always perfect. However, our focus is really great when we have to put something together.” S.Coups continued, “Our teamwork is really good when we’re working. Do we get along well outside of those times?” 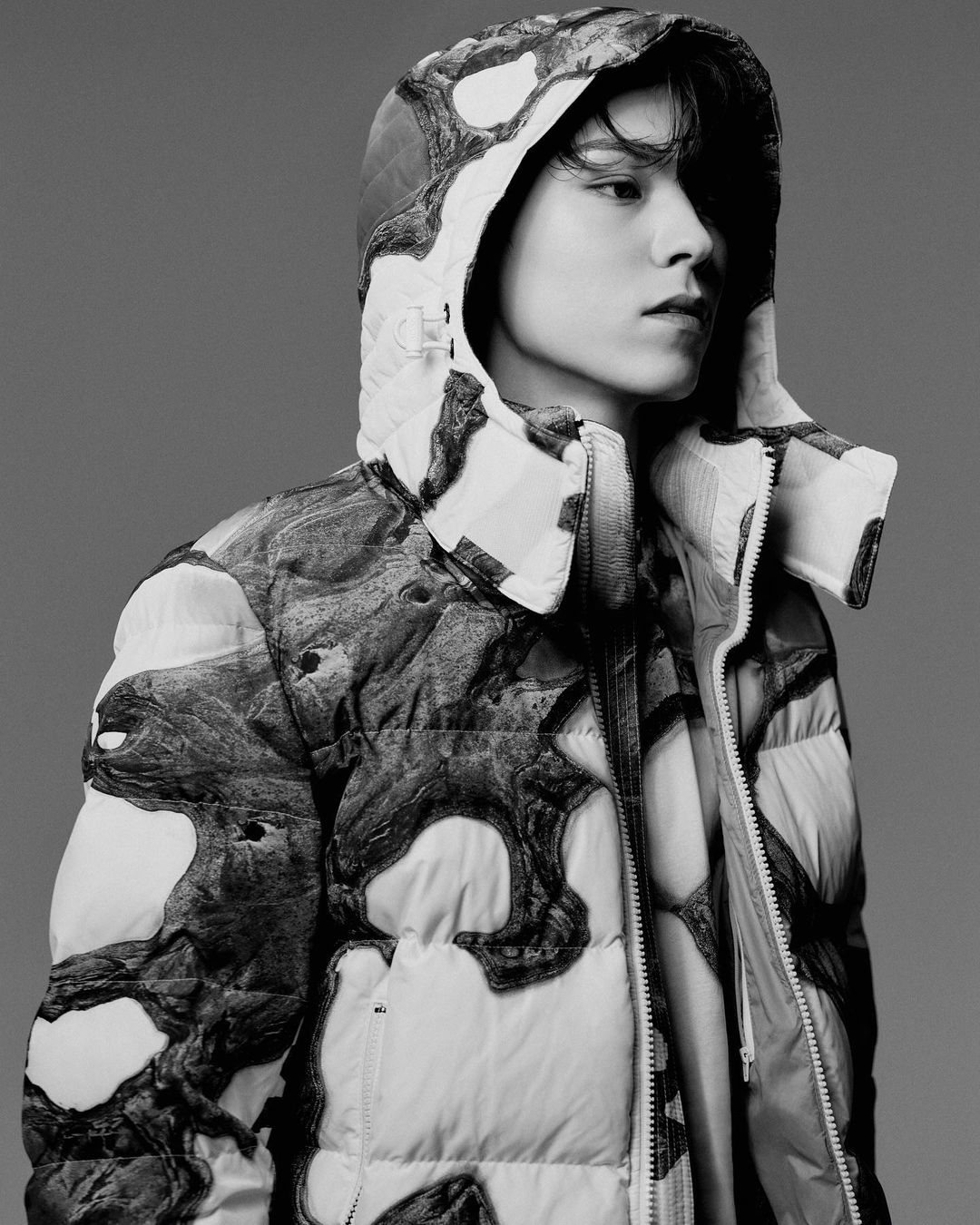 Both Wonwoo and Vernon shared that they preferred basic style of clothing, while S.Coups stated that it depends on where he’s going. Mingyu explained that he tries to match the colors in his outfit and shoes. The interviewer complimented their handsome visuals for completing their looks, and Mingyu joked, “We already have something extravagant, so it would be excessive if our clothes were also extravagant.” Afterwards, he laughed and apologized for the joke. 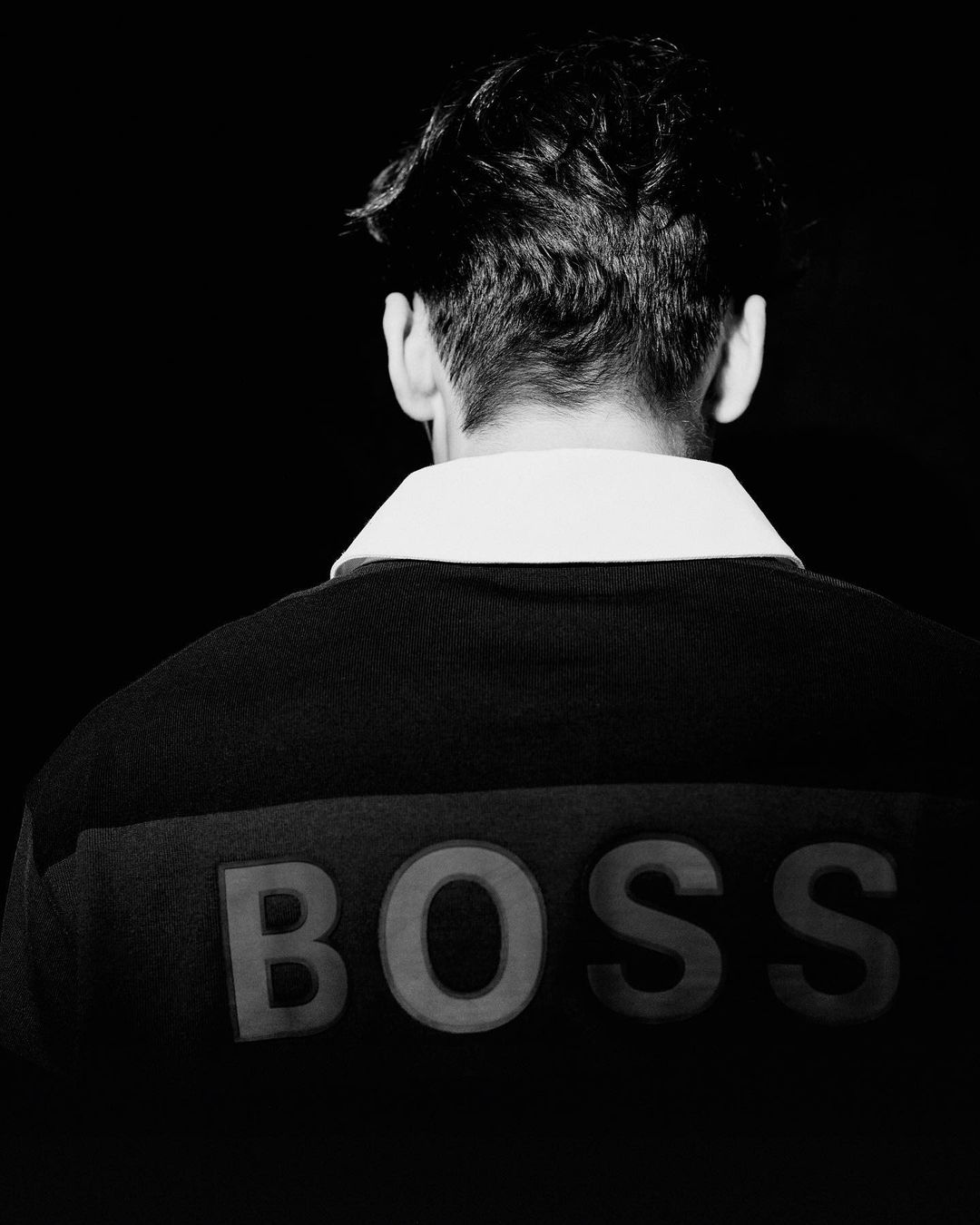 Wonwoo shared that during their free time, they exercised or pursued hobbies like gaming and reading. He shared, “These days, whenever we rest, Mingyu tries to coax me into riding our bicycles, so I’m thinking about going outside once soon.” S.Coups commented, “When I find a delicious restaurant, I suggest to our members that we to go eat together, and when I get a new hobby, the first people I think of are the members.” Sharing that he spends most of his life with the members, S.Coups revealed, “Even if it’s just one or two members who join me, they become friends I can share my hobbies with, so it’s really nice.” Mingyu added, “That’s why it would be nice if Wonwoo goes bike riding outside with me.” 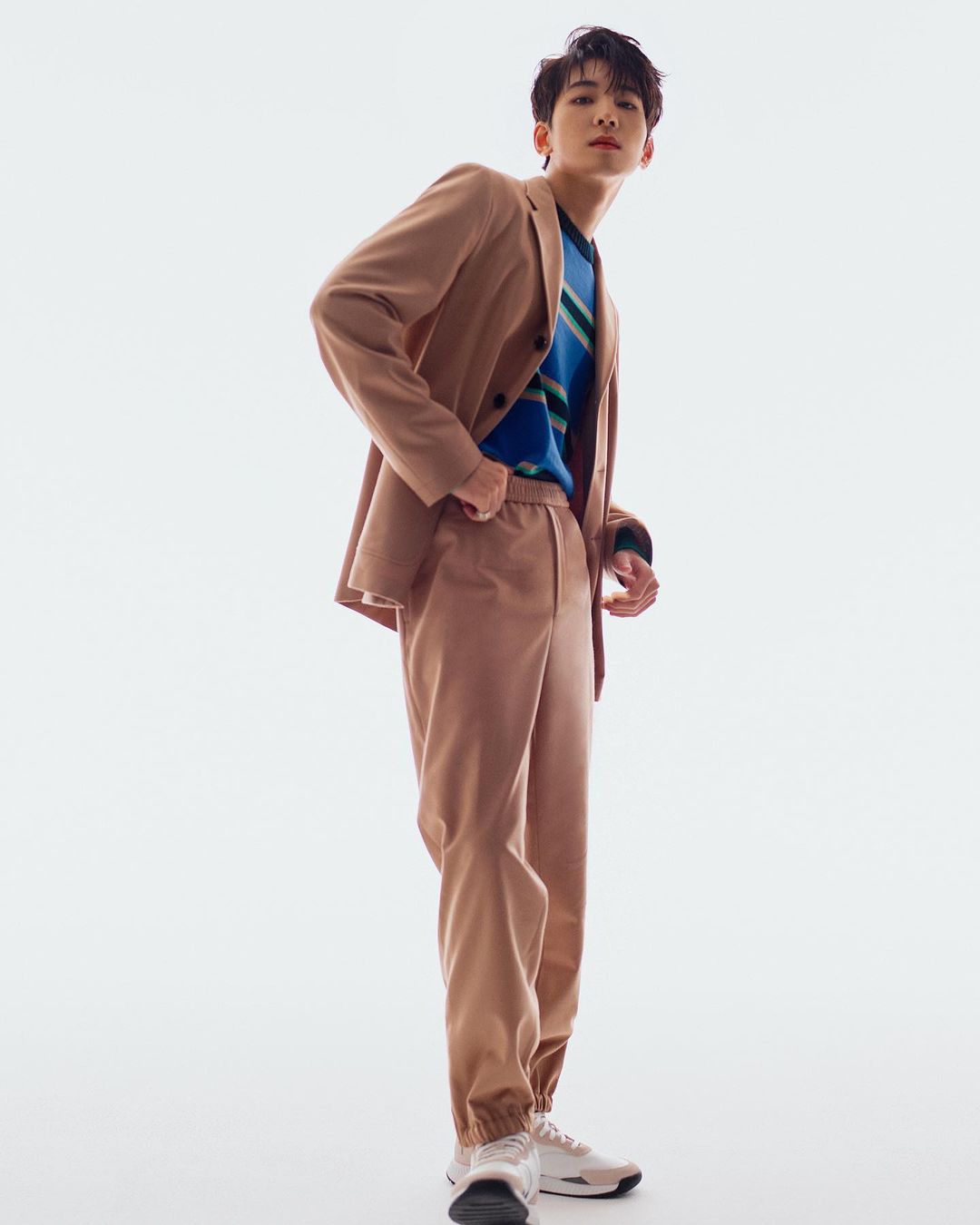 The interviewer mentioned that although Mingyu is the tallest member, he also has the most fears. Mingyu replied, “I’m afraid of everything besides people. The dark is scary, bugs are scary, ghosts are scary, ghost films are scary, and I hate being alone.” Meanwhile, Wonwoo shared that besides bugs, he’s not as afraid of most things and can stay calm.

As the hip hop unit, Wonwoo shared that their strong point is having a lot of great ideas since they write their own lyrics. Vernon laughed and mentioned that their strength is their visuals while S.Coups mentioned their free spirit, tall height, and willingness to take on new challenges. Mingyu summarized, “I feel the same. We have a lot of ideas, we’re free-spirited, we like to take on challenges, and we’re tall, dazzling, and handsome!” 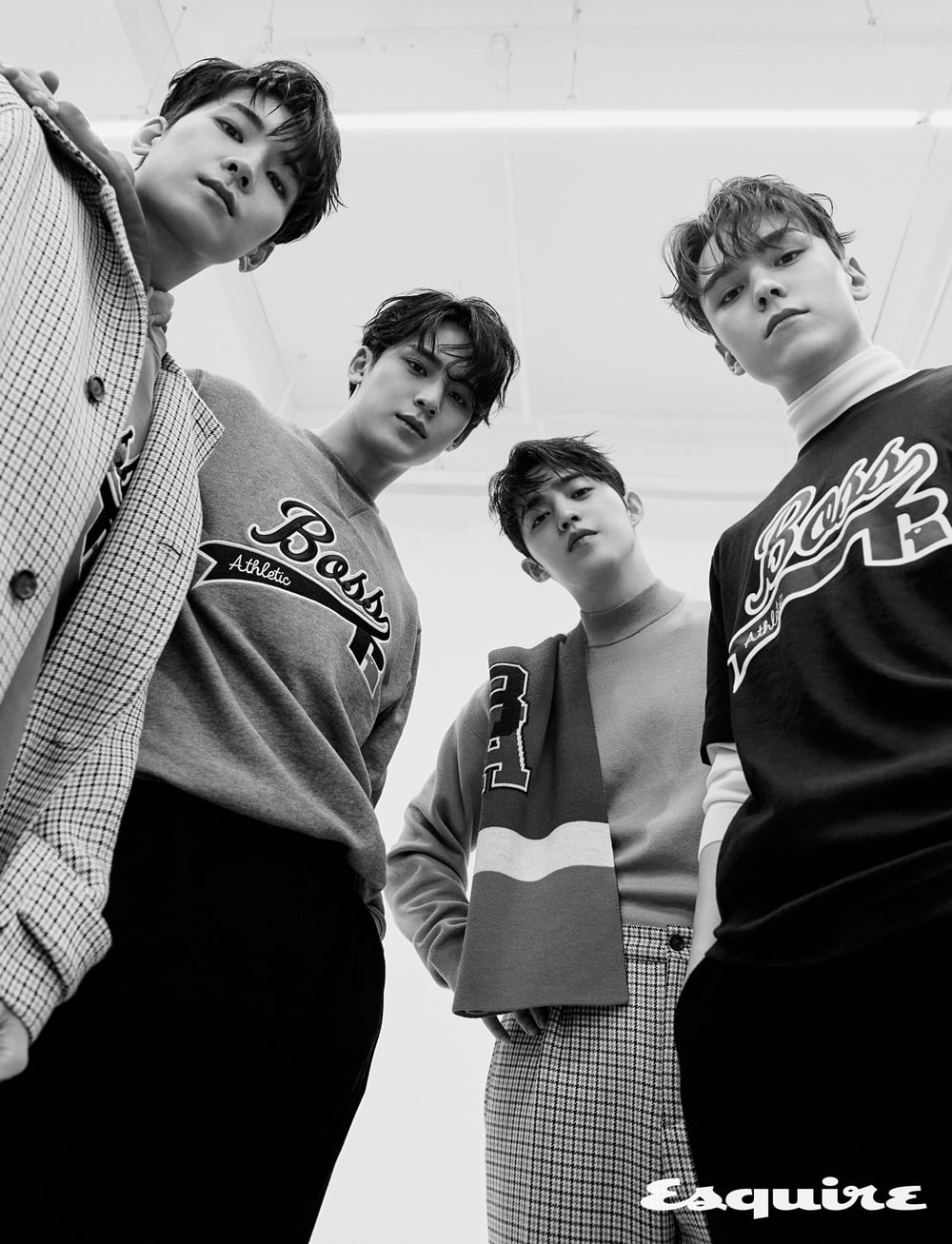 On their music tastes, Wonwoo shared that he likes music with meaningful lyrics, Vernon prefers music that makes his body respond, S.Coups likes all types of music, while Mingyu enjoys calm acoustic music.

S.Coups also analyzed the way Wonwoo and Vernon write lyrics for their songs. He explained, “I think Wonwoo can write lyrics quickly because he’s confident. He’s not embarrassed about his lyrics. That’s why he never worries after writing his lyrics, and he thinks what’s good is good, so he can make quick decisions. He has great trust in himself, so he can write quickly.” S.Coups continued, “Vernon is the type of person who works hard. Hard work won’t betray you. As a member who always watches from the side, Vernon tries really hard to learn about a variety of music, and he endlessly thinks about music. Like I mentioned before, he continuously tries new things. I think it’s that hard work that became a foundation for him to create a lot of good music.” 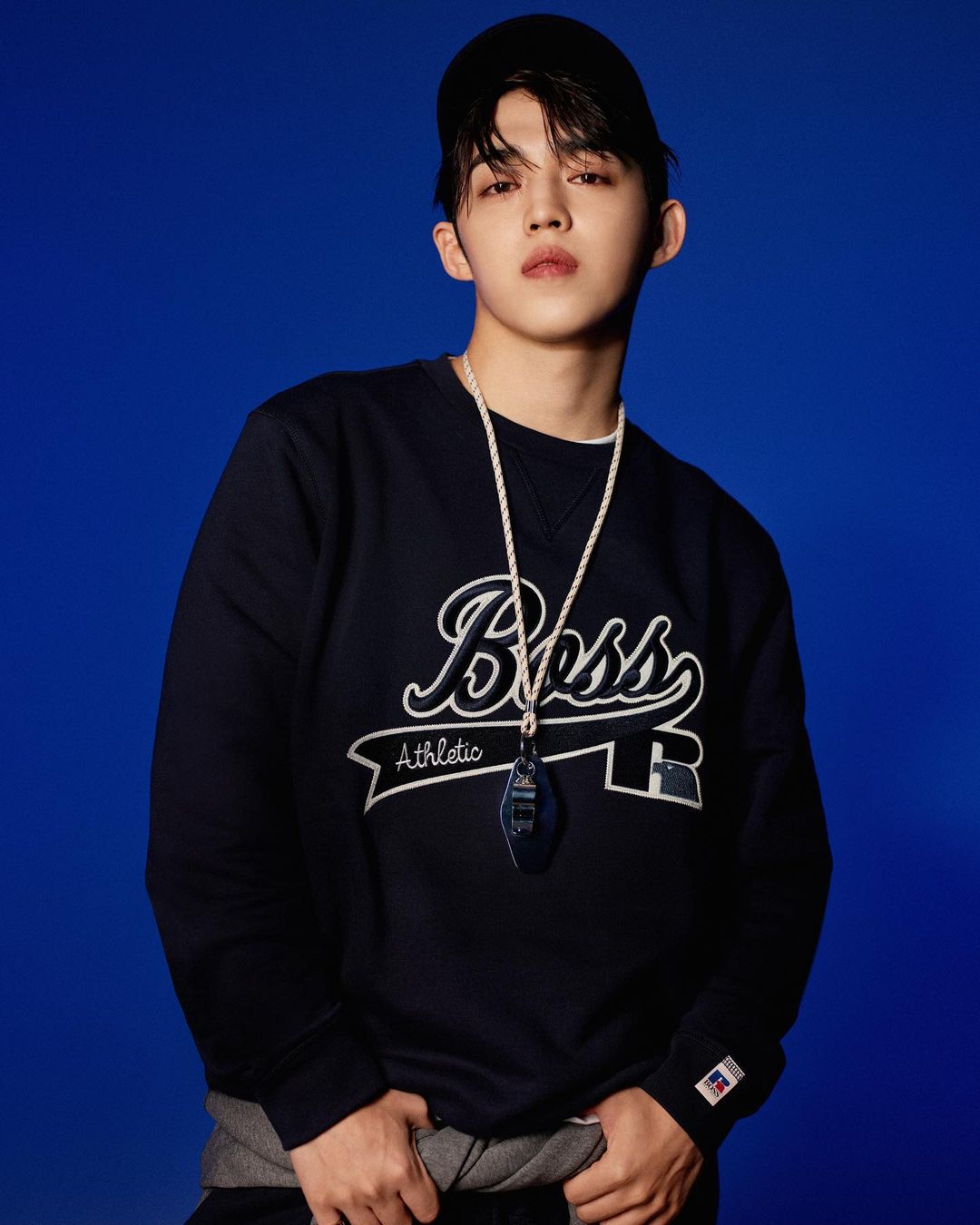 Mingyu explained that when they work, they drink coffee for a few hours and share conversations. He elaborated that some days, they have fewer results, but there are also days where they can focus very well and write lyrics all day long.

Giving a specific story from when they were practicing, Mingyu revealed that it was most fun working on “Lilili Yabbay,” which is originally a performance unit song that the hip hop unit planned to showcase to the fans during a fan meeting. He shared, “The four of us were practicing the dance, and that was so funny. Everyone said it was hard, and we complained about where it hurt while we were lying down. We had made the decision ourselves, and we criticized each other for deciding to do it when we were going to regret it. That process was really fun.” Vernon added, “Just pointing out something here, but I was against this. During practice, the people who suggested we do it complained and whined even more, but we gained a fun memory thanks to that.” 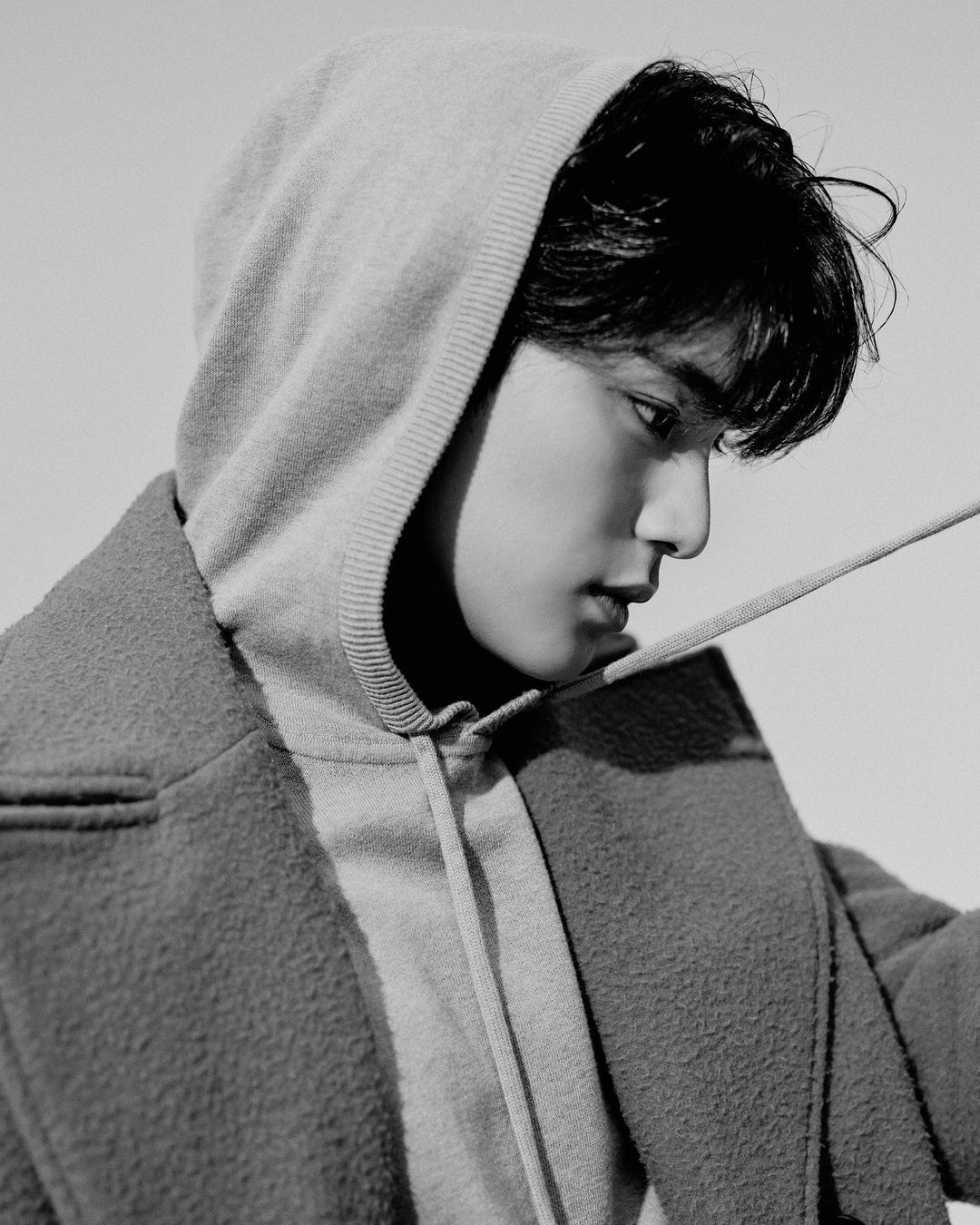 Finally, the members also talked about what they wanted to learn or steal from each other. Wonwoo shared that he wanted to learn from the other members’ passion. He shared, “I’m jealous of Vernon’s fluent English skills and S.Coups’ optimistic energy. Mingyu has a personality completely opposite from mine, but I’m jealous of that personality itself. Whatever I can’t do is everything Mingyu can do. For example, I’m shy, but Mingyu can get close to someone quickly no matter who it is. I want to learn from those aspects. However, it’s not to the point that I want to steal it.” 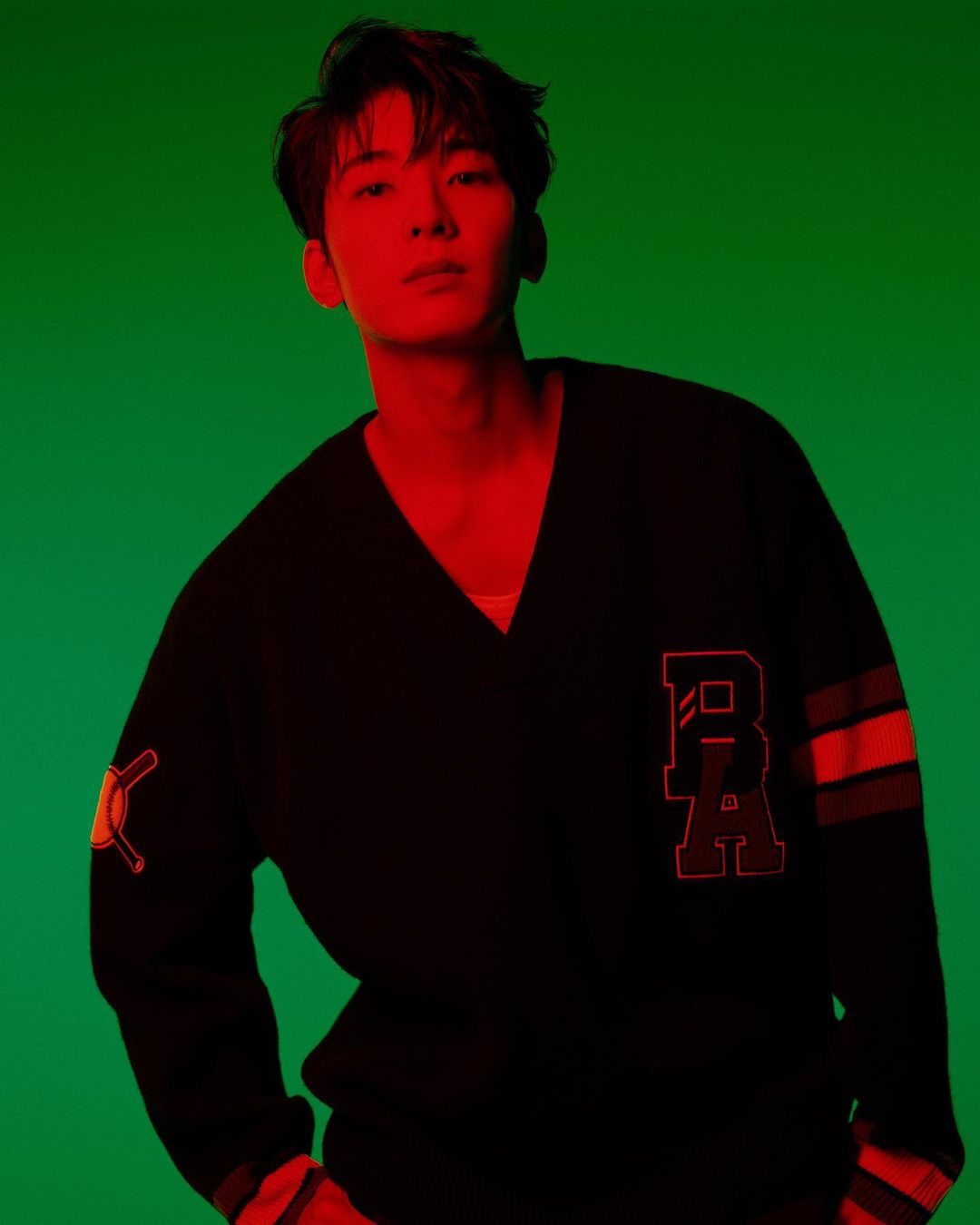 Vernon shared that he was jealous of Wonwoo’s physique and S.Coups’ athleticism, while he wants to learn how to be sociable from Mingyu, similar to what Wonwoo had pointed out. He added, “Not to Mingyu’s extent, but to a weaker degree.”

S.Coups remarked that he wanted Wonwoo’s physique and that he was jealous of the musical knowledge and skills Vernon built up with effort. He explained, “It’d be safe to say Vernon is practically my music teacher. I want to also learn to have an optimistic mindset from Mingyu. Before something happens, I tend to think of the worst, but Mingyu is the opposite.” 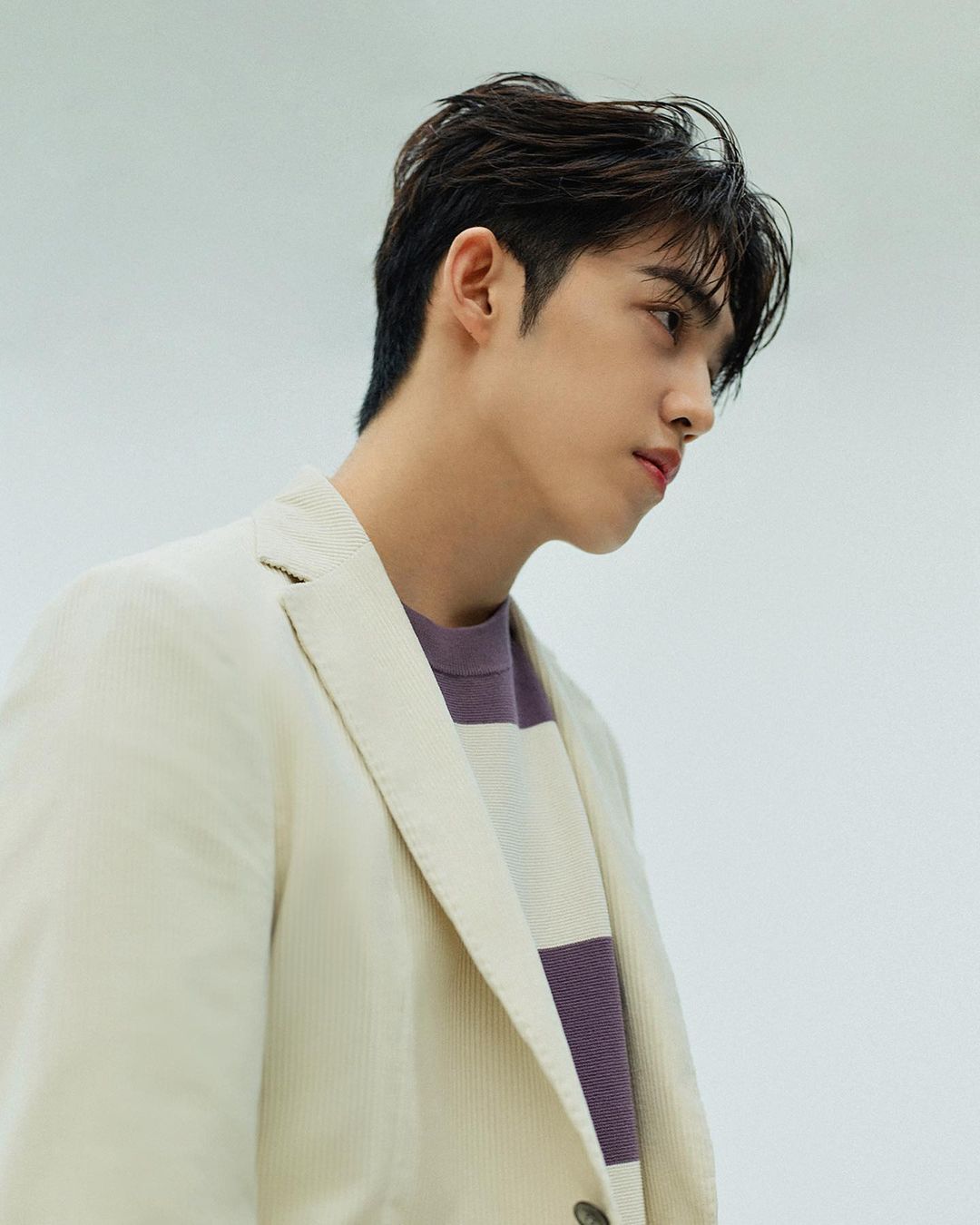 Mingyu answered, “Similar to what Wonwoo said, since our personalities are opposites, I want to learn how to have time to myself like Wonwoo. I want to learn English skills from Vernon, and I want to learn how to be cool-headed from S.Coups. S.Coups is a person who catches the parts that I miss due to my excessive optimism. However, this means that our synergy together is good, so rather than steal [each other’s strengths], I’d rather create harmony.”

SEVENTEEN
S.COUPS
Vernon
Mingyu
Wonwoo
Esquire
How does this article make you feel?