“One Ordinary Day” is an eight-episode Korean remake of the BBC show “Criminal Justice.” In the upcoming version, Kim Soo Hyun will star as Kim Hyun Soo, an ordinary college student that is designated as a suspect in a murder case overnight. Cha Seung Won will star as Shin Joong Han, a low-class lawyer with no interest in the truth. The series will be directed by Lee Myung Woo, who previously led projects such as “Punch,” “Whisper,” and “The Fiery Priest.”

The new poster shares a fragment of Shin Joong Han’s not-so-brilliant life. He is wearing a faded, crumpled suit, and his tie is crooked. On top of that, splotches of atopic dermatitis appears on his weary face. He looks down with an exhausted look as if he is overwhelmed by his life. 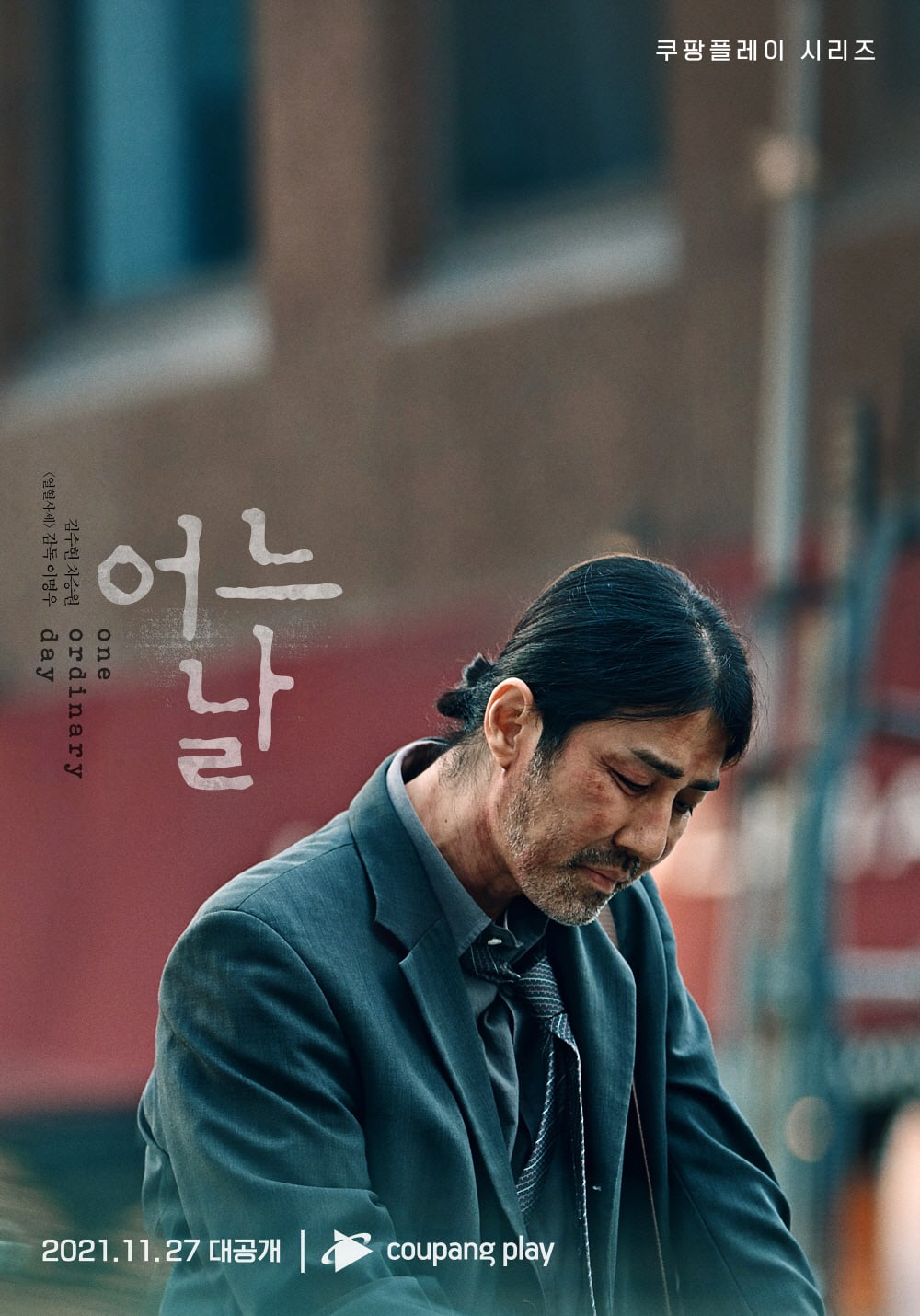 In order to portray Shin Joong Han as convincingly as possible, for the first time in his acting career, Cha Seung Won chose to forgo makeup while filming the drama. Through his hard efforts, the actor will flawlessly transform into Shin Joong Han and depict his character’s overwhelming pain and deep charisma. What kind of changes will Shin Joong Han, who mainly dealt with petty criminals, undergo as he comes across Kim Hyun Soo’s case?

The drama’s producers commented, “Cha Seung Won has the ability to showcase three-dimensional acting that highlights the diversity of characters. Through ‘One Ordinary Day,’ you will be able to see the bold transformation of national treasure actor Cha Seung Won and his passionate performance.”

“One Ordinary Day” premieres on November 27.

Watch Cha Seung Won in “Believer” with subtitles below:

Cha Seung Won
One Ordinary Day
How does this article make you feel?