Get ready for sweet moments between Kim Min Jae and Park Gyu Young in “Dali and Cocky Prince”!

While Jin Mu Hak can be a bit ignorant and rude, he’s incredibly resourceful in terms of business and is more realistic than others. After he falls for Kim Dal Li at first sight, he transforms from someone who only used to care about money into someone who truly recognizes and supports Kim Dal Li’s true self. He always tries his best to help her successfully run an art museum as the curator.

Previously, Jin Mu Hak and Kim Dal Li confirmed each other’s feelings through a passionate kiss. When she apologized on Jang Tae Jin’s (Kwon Yool‘s) behalf, he said harsh things to her that he didn’t mean. Kim Dal Li grew furious and slapped Jin Mu Hak, who grabbed her wrist and warned her to stop before he makes a mistake. When she attempted to hit him again, he pulled her in for a deep kiss.

Concerning this scene, Kim Min Jae shared that his line “Stop it. If you don’t, I might not be able to control myself” was really memorable. He remarked, “The viewers told [Jin Mu Hak] to go out of control a lot. I think that’s how much they liked that scene.”

In the new stills, Jin Mu Hak and Kim Dal Li gaze at each other with doting eyes in the curator’s office of Cheongsong Art Gallery, and they even exchange a warm embrace. More photos show the two getting closer without any hesitation, piquing interest about how their romance will unfold in the upcoming episodes. 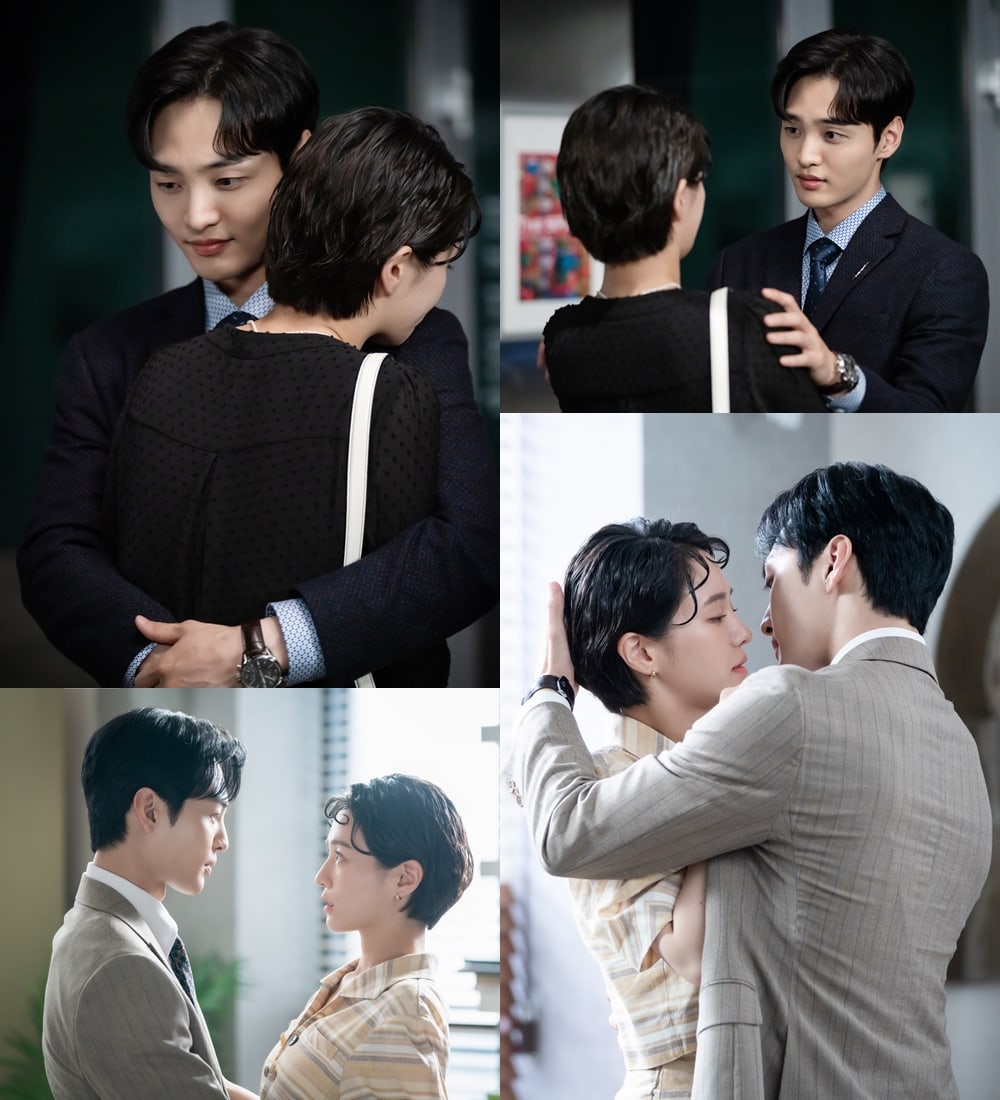 The drama’s producers shared, “Jin Mu Hak and Kim Dal Li, who confirmed each other’s feelings, will show the sweetest moments in episodes 11 and 12 that will air this week, so please look forward to it.”