At the end of episode 5, Lee Hwi and Jung Ji Woon shared an unexpected embrace when he attempted to save her from a falling vase. The two were shocked by their close proximity, but they couldn’t deny how fast their hearts beat.

The newly released stills feature Lee Hwi and Jung Ji Woon separated by a thick wall of awkwardness. Lee Hwi, who confidently appeared for a royal lecture, urgently rushes away, and Jung Ji Woon, who watches her with mesmerized eyes, cups his cheeks with a dazed expression as he can’t control the flood of emotions heating up his heart. Yang Moon Soo (Kim In Kwon) and Choi Man Dal (Kim Min Seok) look confused by their reactions, hinting the odd atmosphere at the sigangwon (a government office that is responsible for the education of the taxpayers). 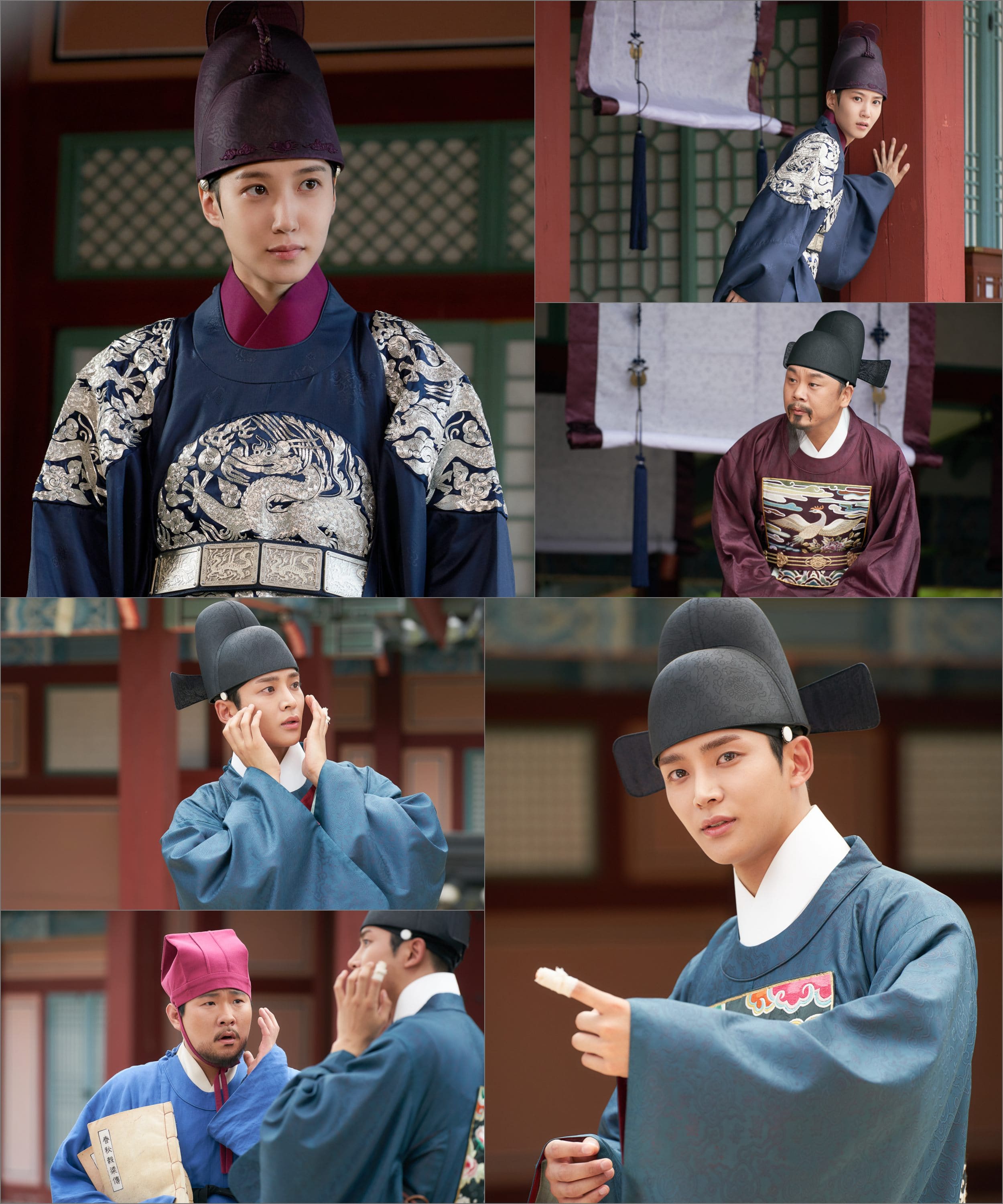 In the preview for the next episode, Jung Ji Woon spots a familiar book that makes him recall Lee Dam Yi and asks Lee Hwi why she has it. She carefully says, “She must have been very special to you,” and he doesn’t hesitate to declare, “She was my first love.” With their romance heating up, viewers are excited to see what will happen as he gets closer to finding out her true identity.

The drama’s producers teased, “If there was unyielding quarrels of the ‘Hwi-Woon’ couple in the previous episodes, today’s broadcast is expected to create more excitement and laughter with the way they extremely care for each other and their conscious behavior of one another. Please look forward to the acting of Park Eun Bin and Rowoon, who perfectly expressed this unfamiliar excitement.”

In the meantime, check out Park Eun Bin in “Do You Like Brahms?“:

SF9
Kim In Kwon
Park Eun Bin
Rowoon
The King's Affection
How does this article make you feel?