3 Reasons To Watch The Action Blockbuster “Escape From Mogadishu”

It has been released in theaters for some time, but if you haven’t yet caught the next action-drama blockbuster of the year, it’s never too late to jump on the bandwagon. Set in the late 1980s, “Escape from Mogadishu” takes an ambitious dive into the two Koreas’ attempt to gain admission to the United Nations. Amidst the two sides furiously butting heads, conflict breaks out in the region and plunges both camps into a rapidly destabilizing situation which calls for a united bid to flee the ravaged country. If you need more to be convinced, here are three reasons why “Escape from Mogadishu” is worth a watch!

1. It’s based on real-life events

The film’s backdrop is that of the Somali Civil War, a true event in history which had its roots in civic resistance against the reign of the military junta helmed by Siad Barre in the ’80s. Behind the picture of a rag-tag group of trigger-happy militants lies a bloody piece of history which underscores the turmoil experienced by the populace.

While the two sides are technically still at war, the confrontational geopolitics take a more muted tone as they jostle for political support in lands far from their own. The power play between the two camps starts and ends with petty sabotage with no major casualties (save for pride, I suppose!). Despite that, viewers are still able to glean the hostility and deep-seated suspicion that each side holds for the other. 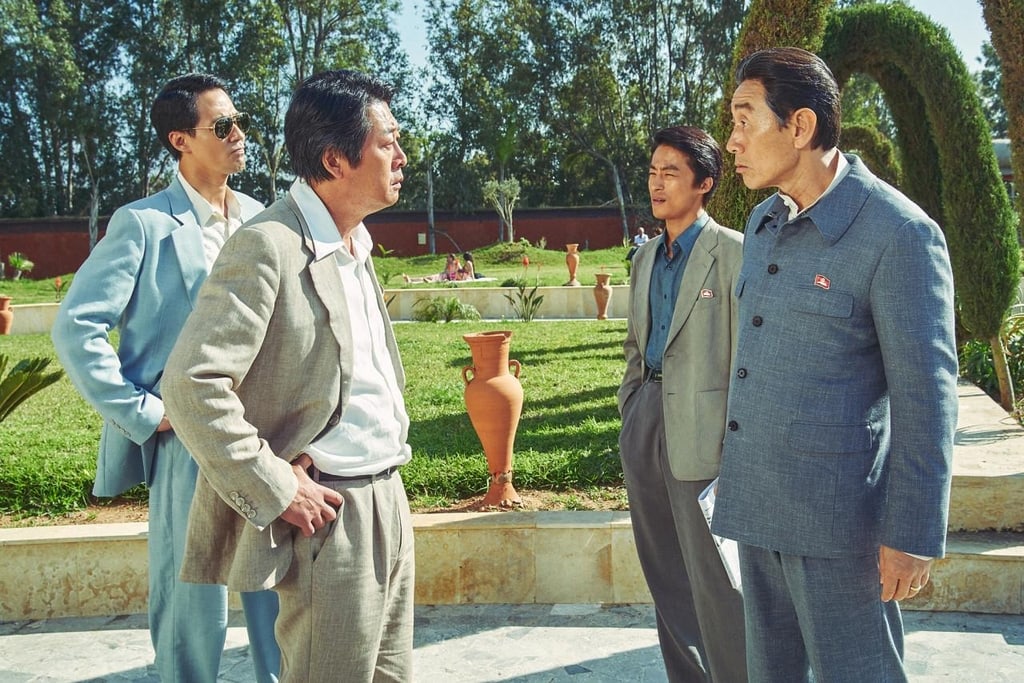 That said, when adversity comes hurtling through in the form of civil unrest and puts to bed any attempt to escape Somalia, the two sides are forced to pool their available resources in a united bid to flee. The perspectives that drove this decision presents an interesting dichotomy; whereas the South Korean ambassador Han Sin Seong (Kim Yun Seok) conceded out of humanitarian considerations, his Northern counterpart Rim Yong Su (Heo Joon Ho) caved out of concern for the number of defenseless children in his care. 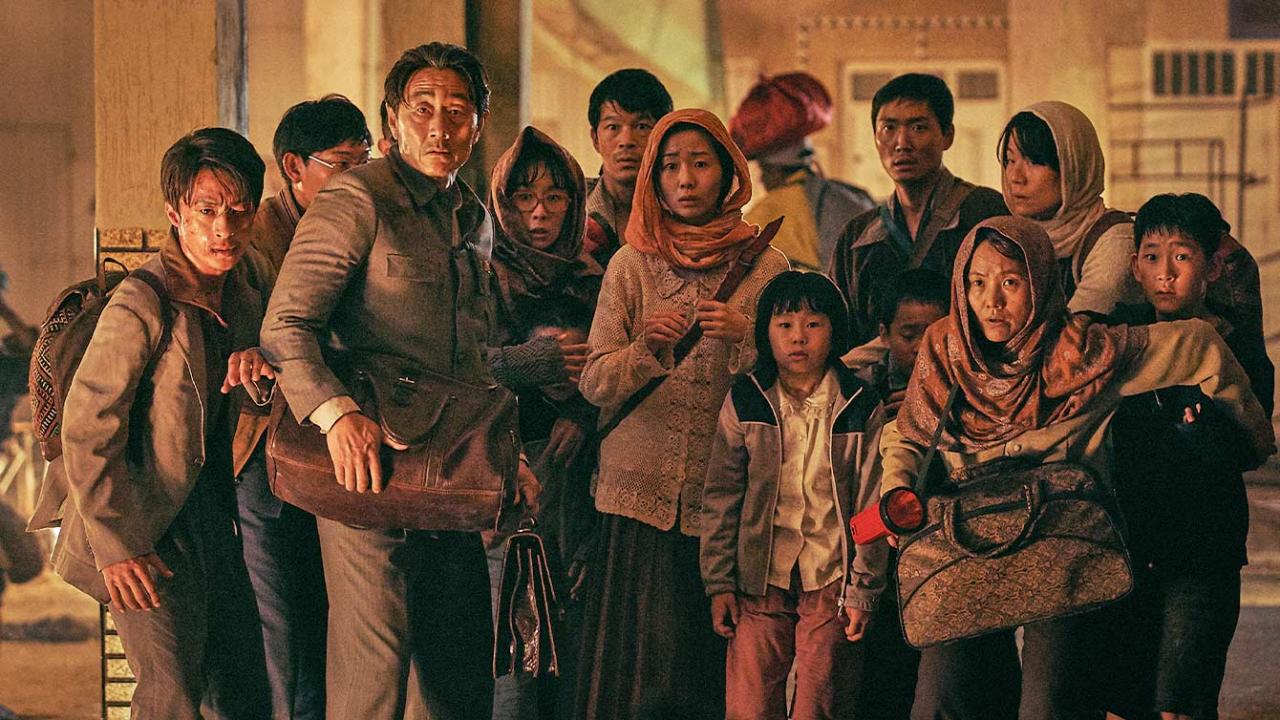 Despite the intelligence officers on both sides nearly coming to blows in the interim, we are still able to catch small moments which amplify the emotional human connection that exists. From carefully nudging dishes closer to the other party at the dining table to encourage them to eat more to Rim Yong Su’s grandson appealing to the South Koreans for insulin for his grandfather, it was human stories like these that lend credence to the growing bond and commitment we see on both ends.

Necessity is the mother of invention

With the window for escape swiftly narrowing and options growing more limited by the hour, the two camps hatch a daring plan to escape by a convoy of almost-bulletproof cars that are fortified by (you would never guess it) strapped down books! In a stroke of ingenuity, the team also make mini sandbags out of spare cloth and sand to add to their vehicles’ defensive armor. Points for creativity! 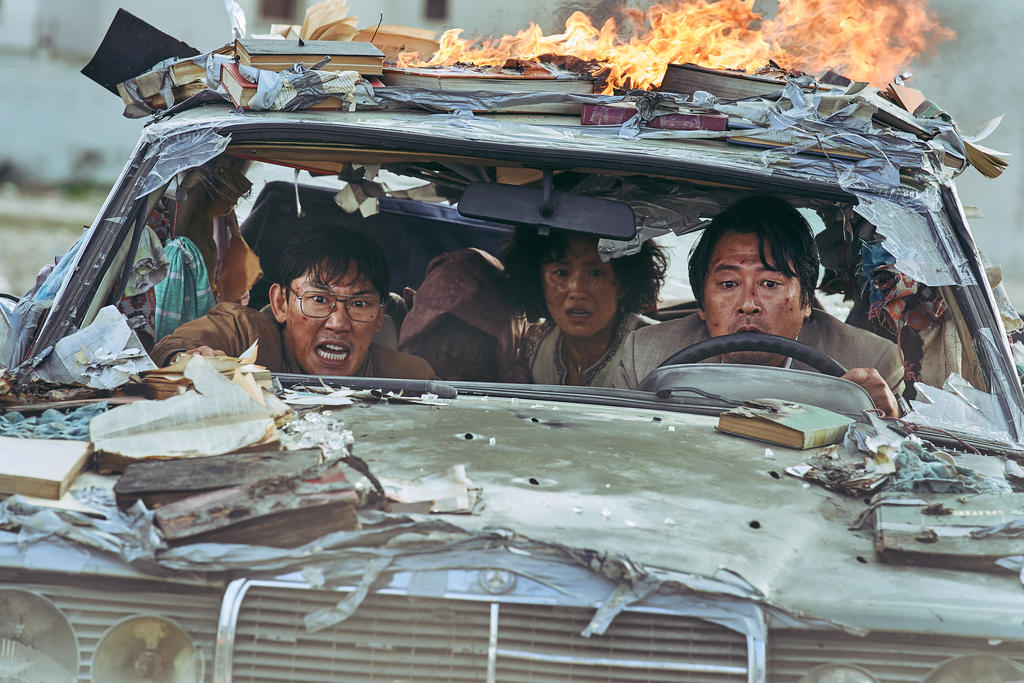 In between the gray zone

Not friends, but certainly not enemies either, the parting scene bears testament to the camaraderie that has been seeded through the life-and-death situation. With handshakes all-around, the grudging respect the two ambassadors’ have much for each other is also made apparent, and so is the inevitability that their paths are back on divergent lines.

Watch the film below:

Hi Soompiers, have you caught “Escape from Mogadishu”? What was your favorite moment from the movie? Share with us in the comments below!

Aetcult is your friendly K-beauty enthusiast who loves her tea on and off her face (no lie). In between bouts of tinkering with new beauty products, she will probably be writing about her finds, revising her Korean language coursework and jamming to the latest K-pop song. Say hi to Am on Instagram.