Watch: Jun So Min Embarks On A Passionate Affair With Her Friend’s Husband In New Drama Teaser

Channel A has released new teasers of their upcoming drama “Show Window: The Queen’s House”!

“Show Window: The Queen’s House” is a mystery romance drama about a woman who supports another woman’s affair without knowing that the affair is with her own husband. Song Yoon Ah stars as Han Sun Joo, the queen of her perfect family, Lee Sung Jae stars as her husband Shin Myung Seob, Jun So Min stars as his lover Yoon Mi Ra, and 2PM’s Chansung stars as Han Jung Won, Han Sun Joo’s little brother.

The teaser takes a darker turn as Lee Sung Jae arrives on the scene. He and Jun So Min begin a passionate love affair that leads to terrible consequences like a unnamed woman lying covered in blood on the floor and a frightening car accident on the street.

The second teaser is told from the perspective of Yoon Mi Ra, Jun So Min’s character. Over a montage of intense and passionate love scenes with Lee Sung Jae, she says, “What they say is true. I’m in love with another woman’s man.” Driven to despair at her hopeless love, she stands in front of a speeding truck, but Song Yoon Ah saves her life and promises her, “I’ll be on your side,” without knowing that the love affair is with her own husband.

The drama also unveiled a set of chilling posters. In one, Song Yoon Ah embraces her husband in front of a cracked glass window that is smeared with blood. Although she looks lovingly up at him, his eyes are fixed on what’s ahead of him. The caption reads, “Cracks are starting to appear in my mask.” The next poster reveals that Lee Sung Jae is actually looking at the reflection of Jun So Min, who is standing behind the married couple and looking at them with a possessive gaze. 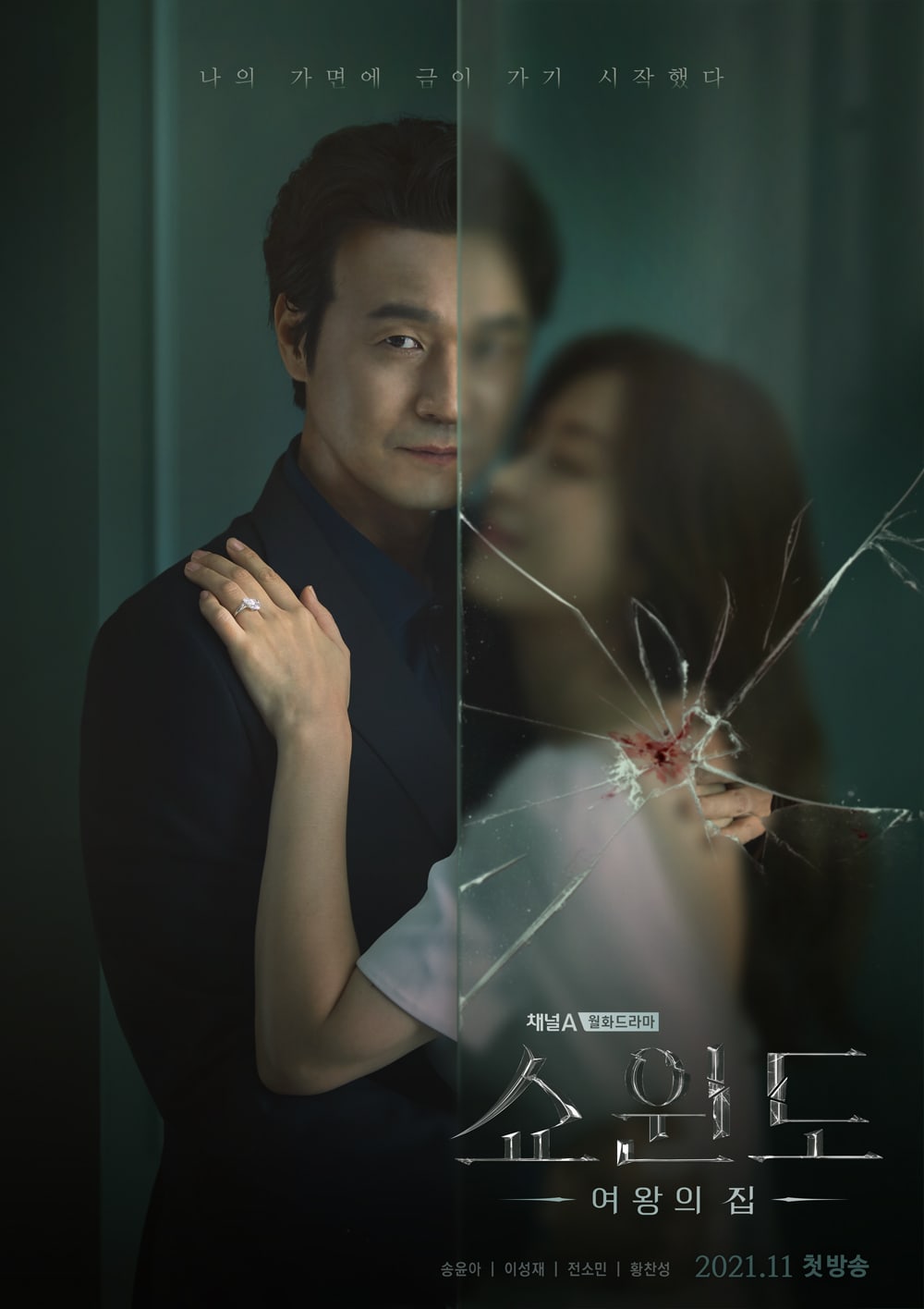 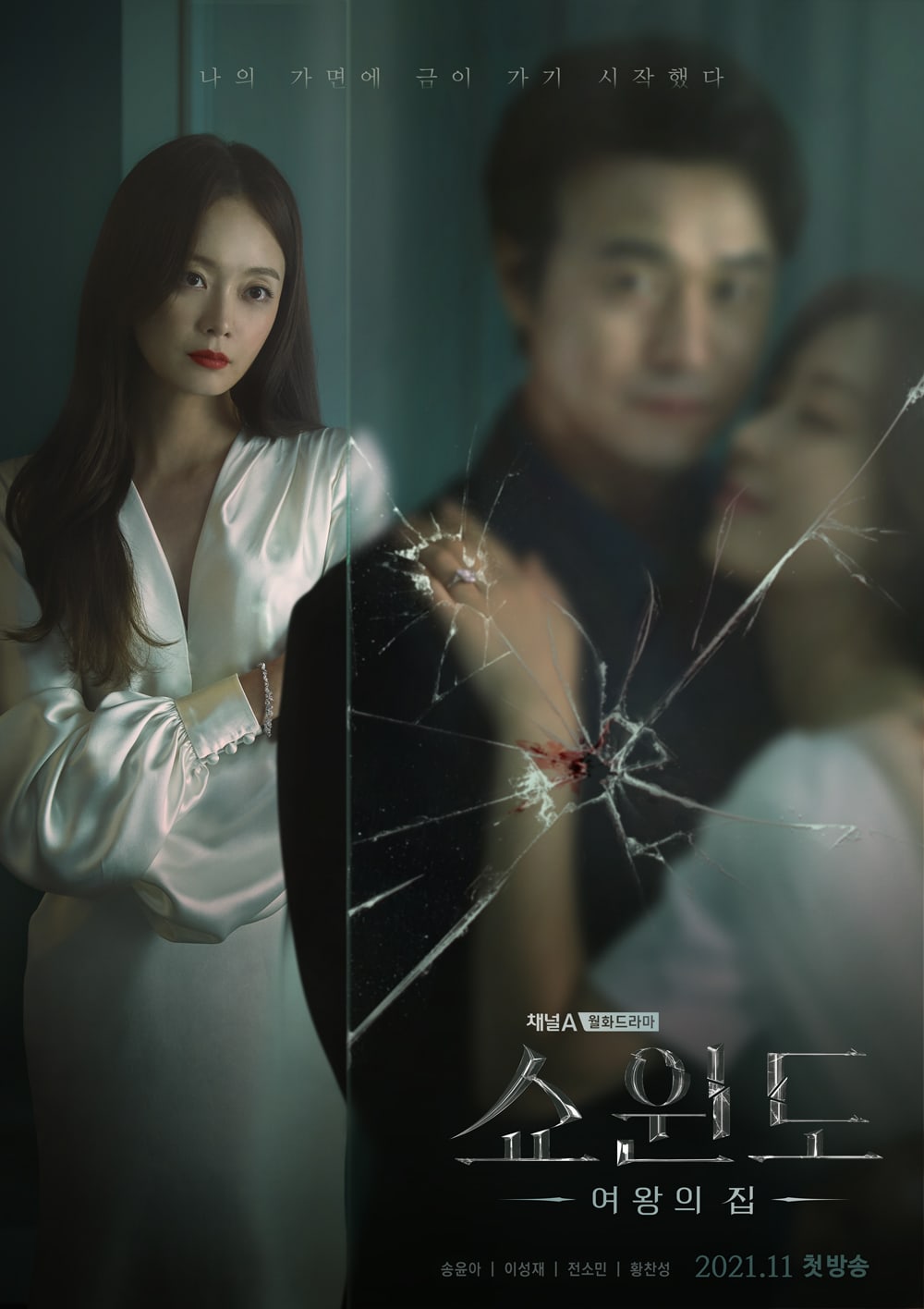