The new special couple poster shares the text, “A moment became eternity,” which reflects how the love of the century will be remembered forever by future generations. The poster captures a dazzling moment of love between lady Seong Deok Im and emperor Yi San.

In the poster, Yi San and Seong Deok Im have temporarily left behind their titles of emperor and court lady to enjoy a moment of sweet freedom outside the palace walls. The two spend time to themselves while sitting in a beautiful green forest road. Their heads lean in close as they share a book together, and their happy smiles make viewers’ hearts flutter. 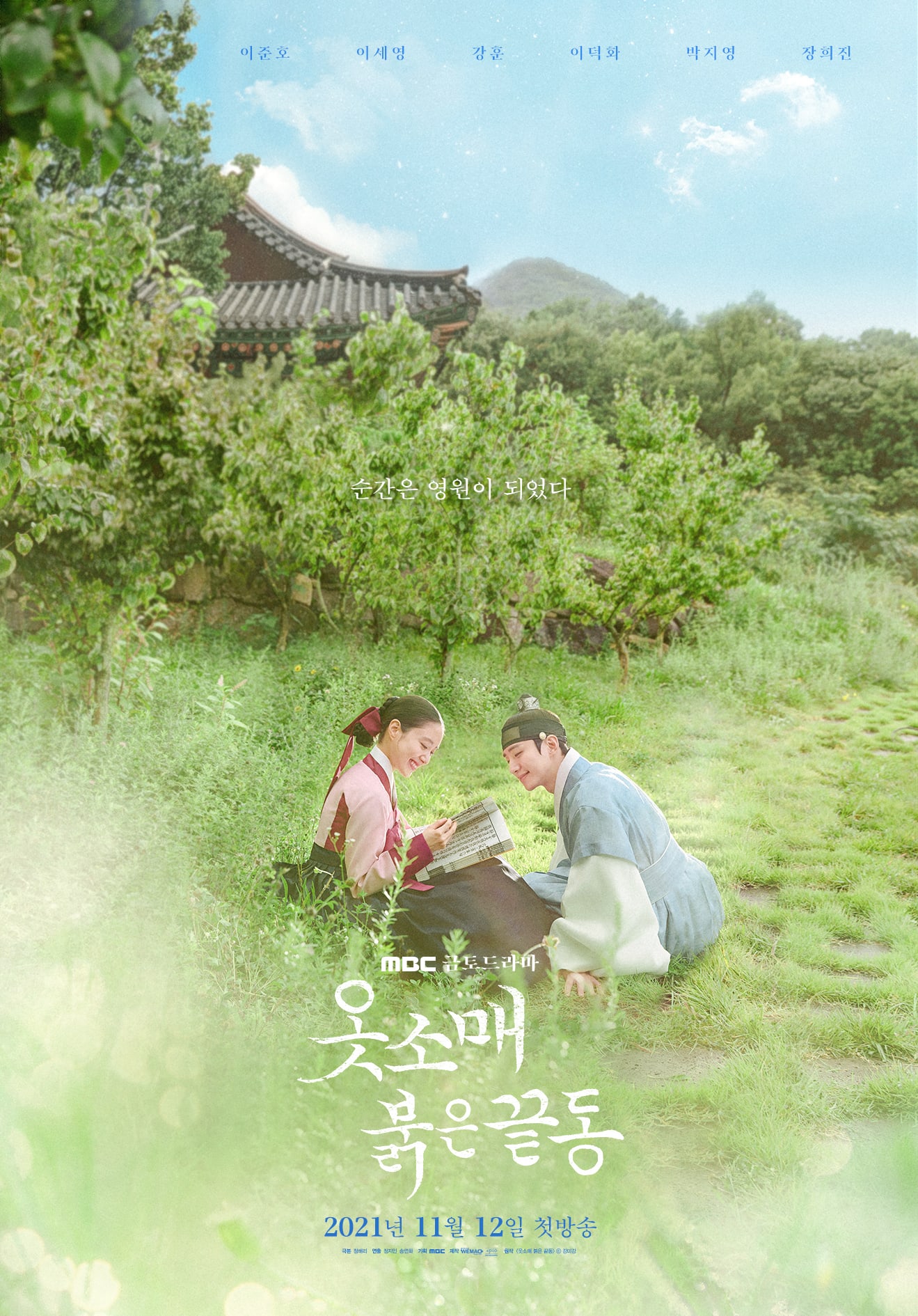 However, despite the blissful moment, Seong Deok Im and Yi San will have to soon wrap up their outing because they’re fated to return to the palace. The scene from the poster only seems like a momentary dream. Viewers are already highly anticipating the passionate romance that’ll be as sweet and beautiful as a daydream.