Watch: Kim Yoo Jung And Ahn Hyo Seop Prepare For An Emotional Kiss Scene On Set Of “Lovers Of The Red Sky”

SBS’s “Lovers of the Red Sky” may be over, but the drama gifted the viewers with a new behind-the-scenes video!

The new clip shows the wonderful chemistry between Kim Yoo Jung and Ahn Hyo Seop. The two arrive at a place with a majestic view, and the placid atmosphere seems to cheer Ahn Hyo Seop up. With a big grin, he remarks, “I feel really happy! It’s been so long. When filming ends, I should come here again.” Kim Yoo Jung joins him and says the sea breeze feels nice. Ahn Hyo Seop wholeheartedly agrees and adds the weather is great. 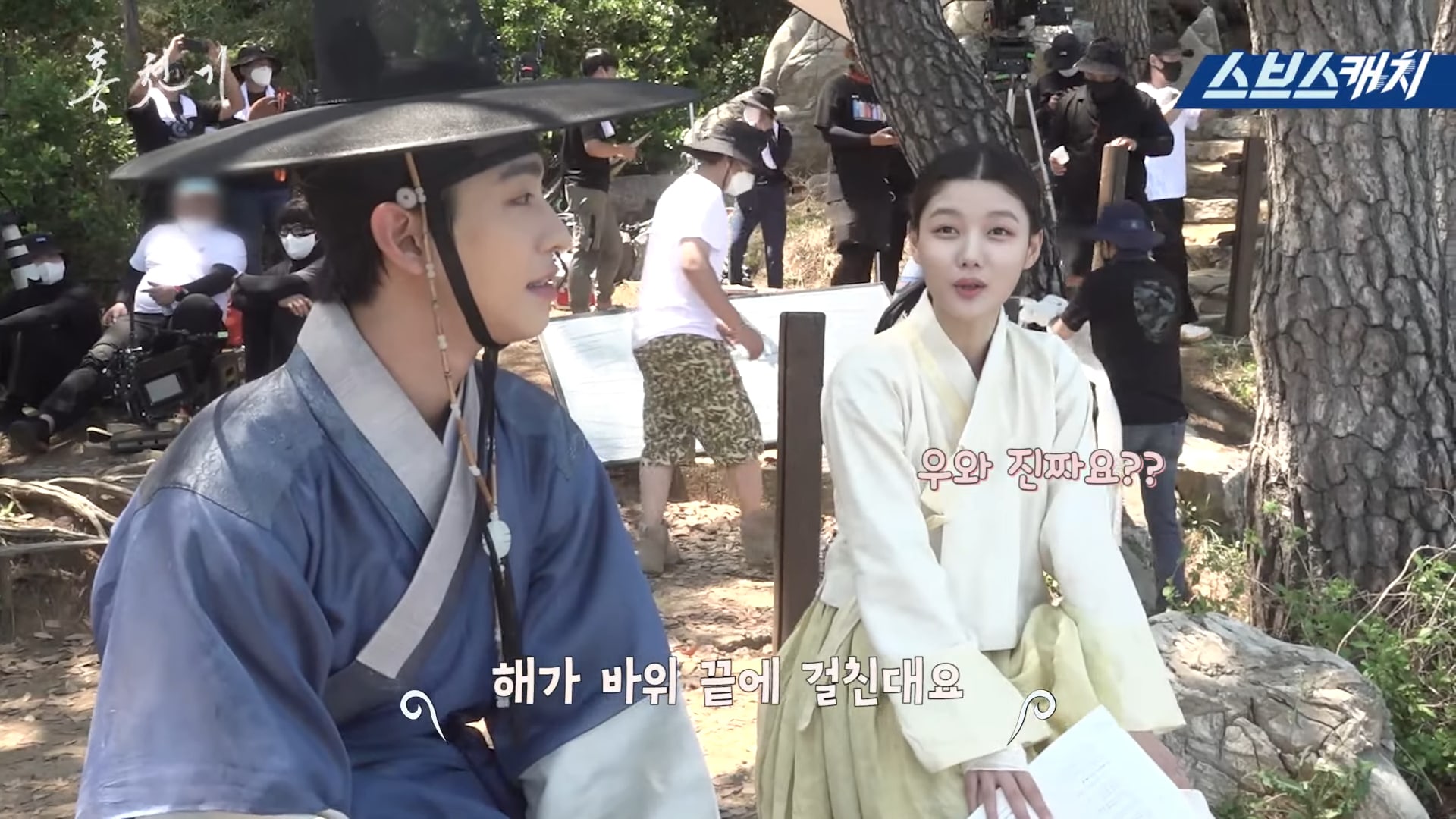 Next, the two actors film the scene where Ha Ram (Ahn Hyo Seop’s character) gives Hong Chun Gi (Kim Yoo Jung’s character) a ring. They shoot a close-up version where the camera focuses on their hands. Ahn Hyo Seop is extra careful as he slips the ring on her finger, and Kim Yoo Jung can’t help but chortle silently. The director jokingly says, “Ha Ram’s nail is a bit dirty,” and Ahn Hyo Seop smiles in embarrassment as he mentions it’s because he signed an autograph earlier. 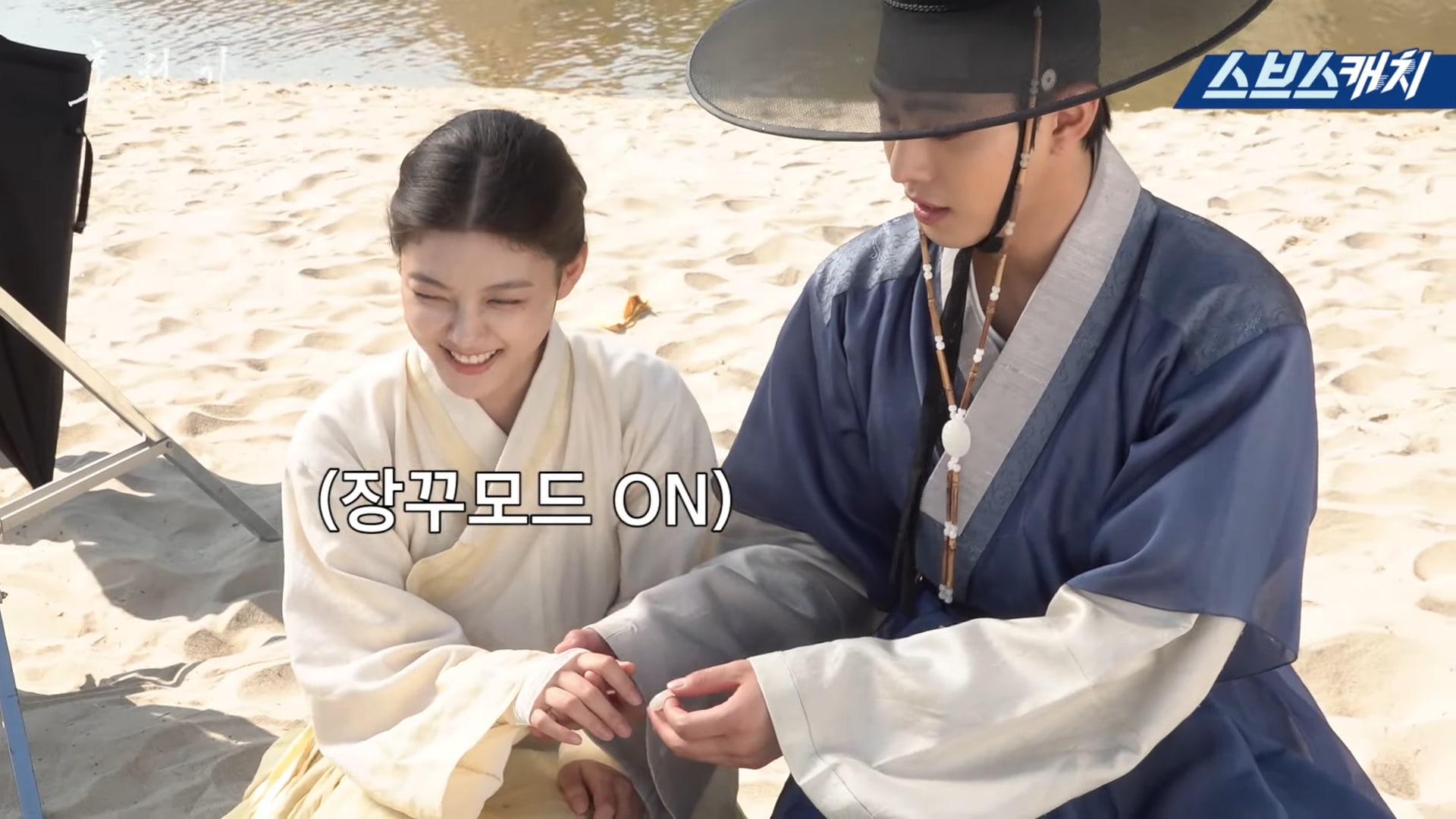 Towards the end of the clip, Kim Yoo Jung and Ahn Hyo Seop is spotted rehearsing for their emotional kiss scene. The two are serious as they focus on the smallest details. Thanks to their meticulousness, they successfully portray a special moment that melted the hearts of the viewers. When the scene is over, Ahn Hyo Seop wipes his own tears away as he makes sure his co-star is okay. 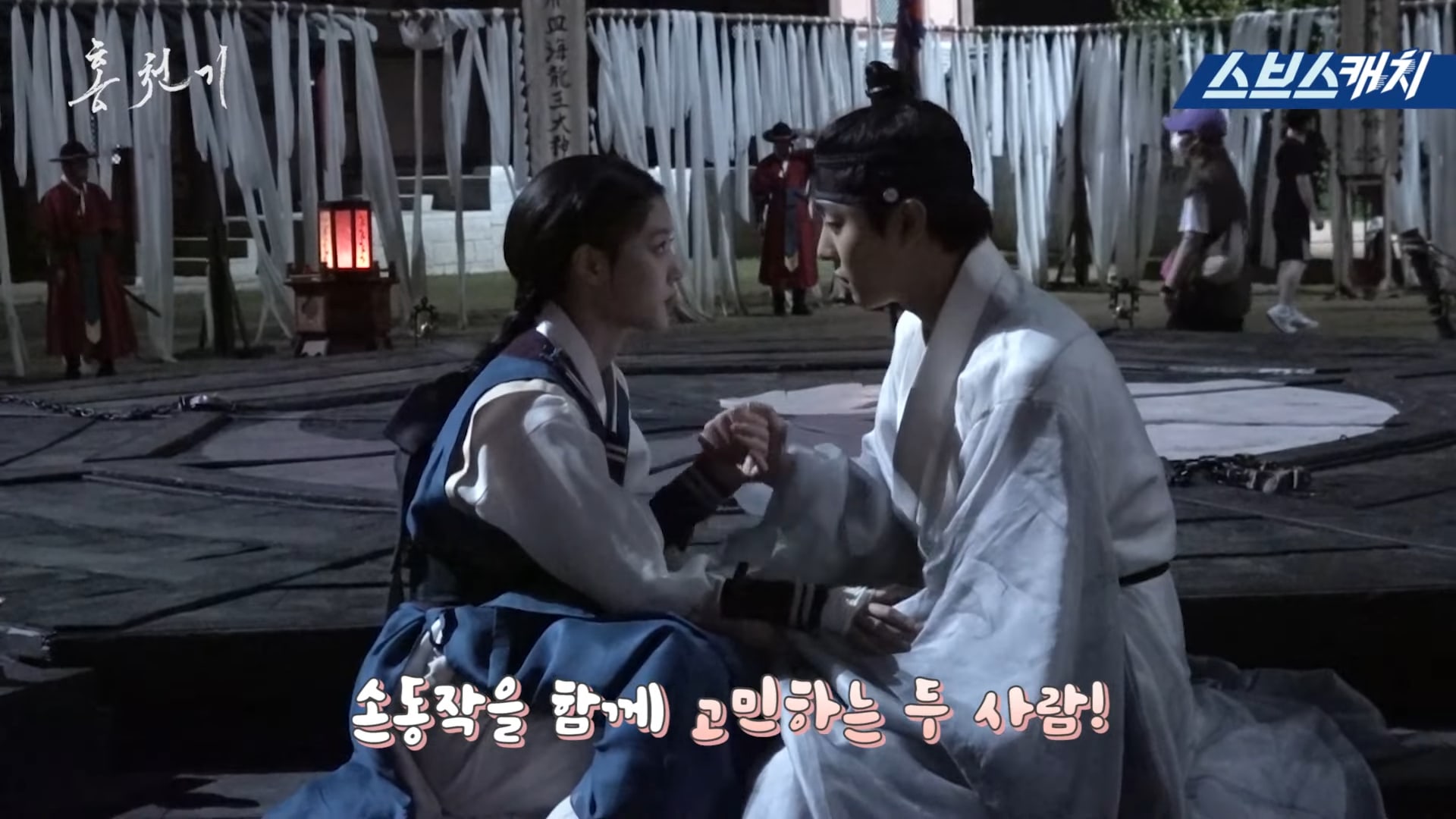 Catch up on “Lovers of the Red Sky” here: