Park Hyung Sik, Han Hyo Joo, And Jo Woo Jin Show Their Dedication To Their Roles On Set Of “Happiness”

The newly released behind-the-scenes photos share a glimpse of the three lead actors as they passionately portray every detail from the script. Han Hyo Joo, who will make a bold acting transformation in this new thriller, diligently studies her lines before filming. She is also spotted with a warm, cheerful smile on her face as she waits to shoot her scene. 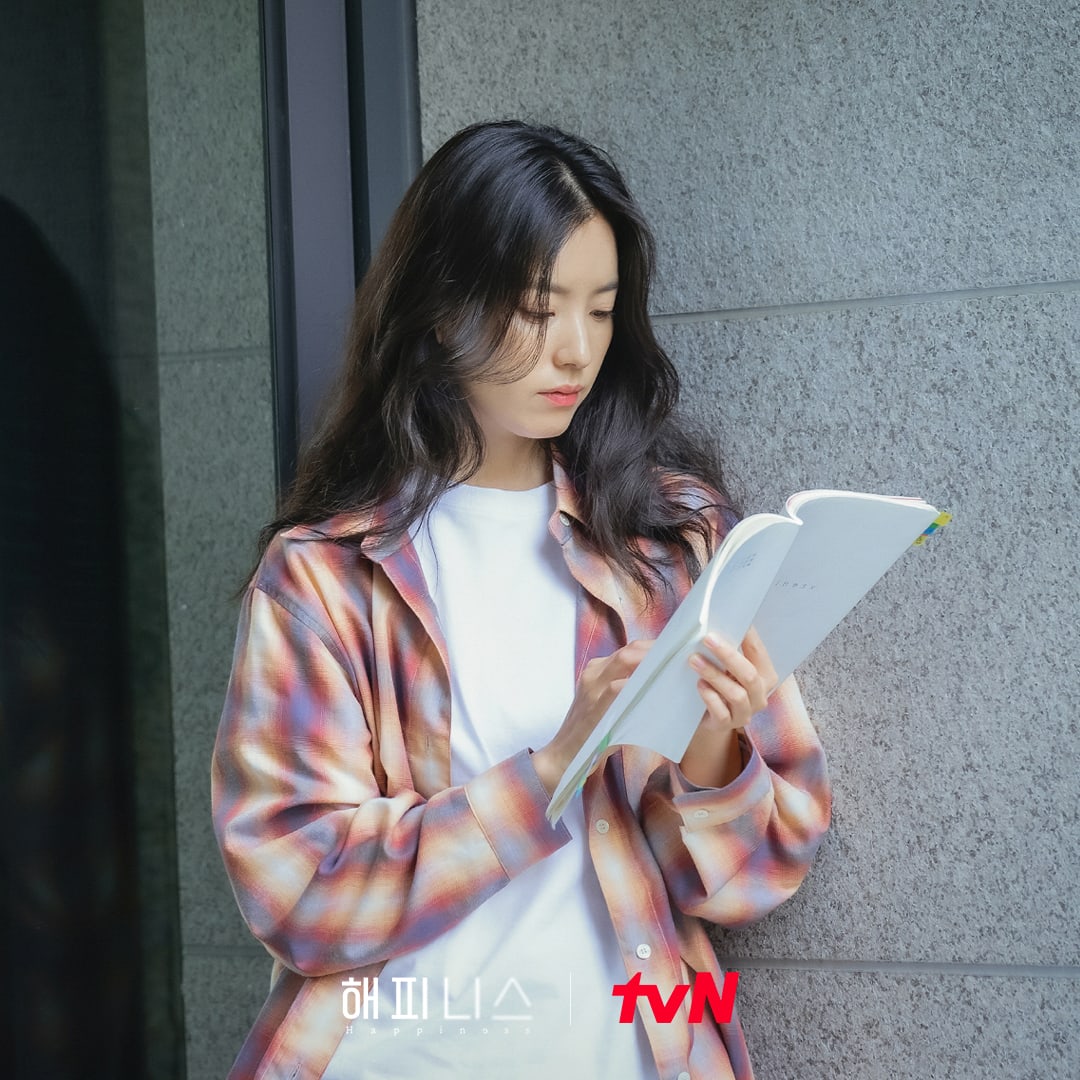 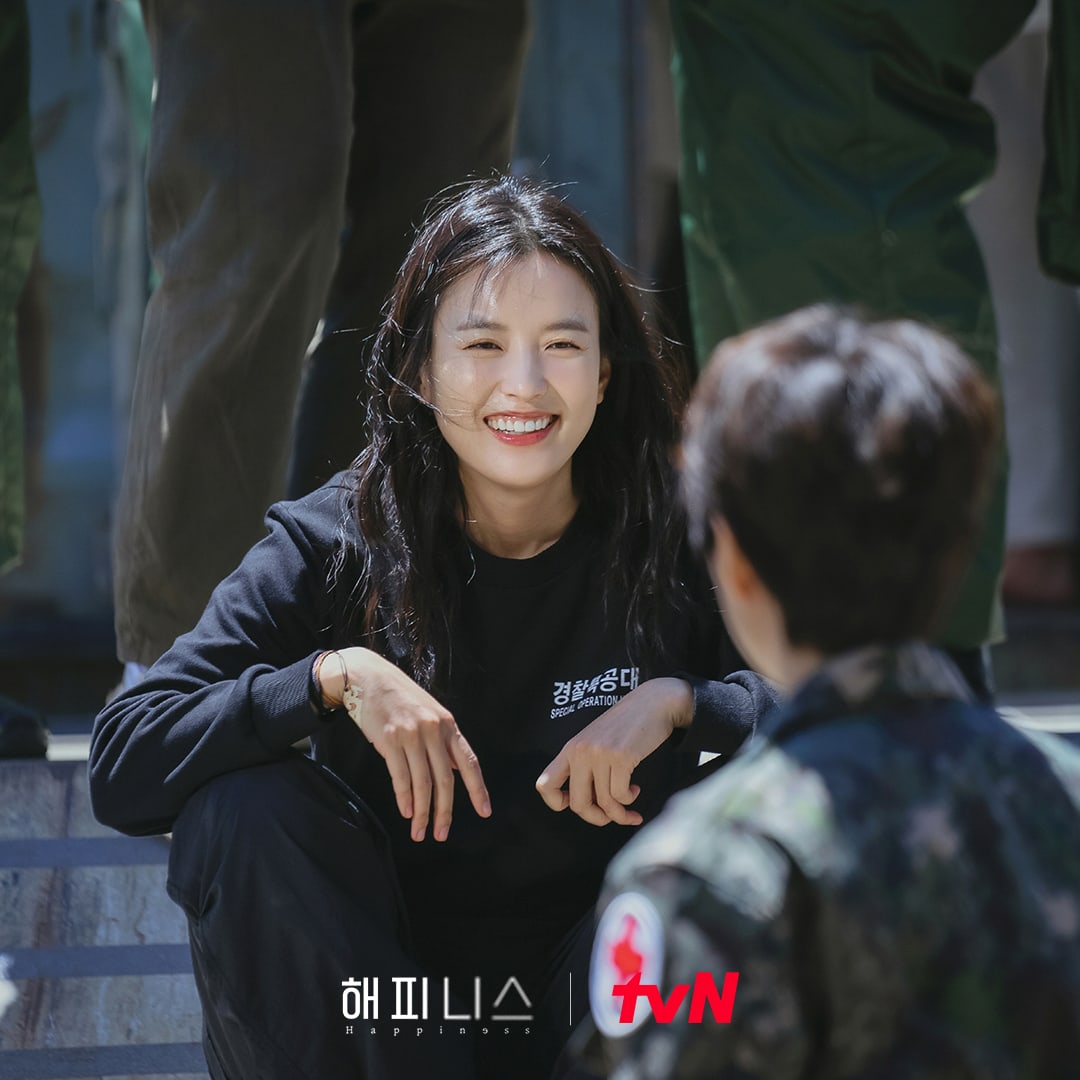 Park Hyung Sik goes over the script with the director and intently listens to his advice and guidance. He also eagerly dives into rehearsal for his action scenes, and it will be exciting to see his transformation into a smart and competent detective. 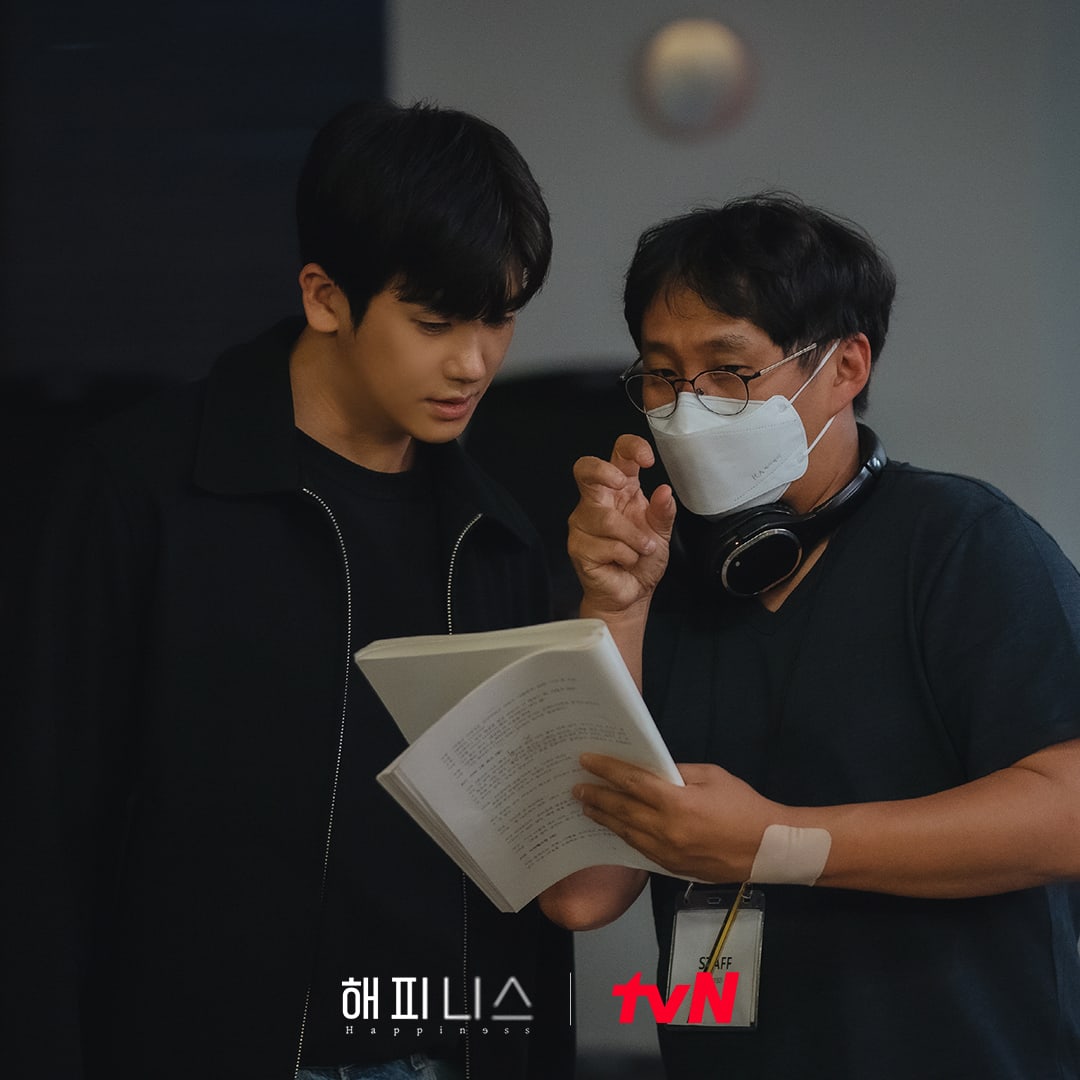 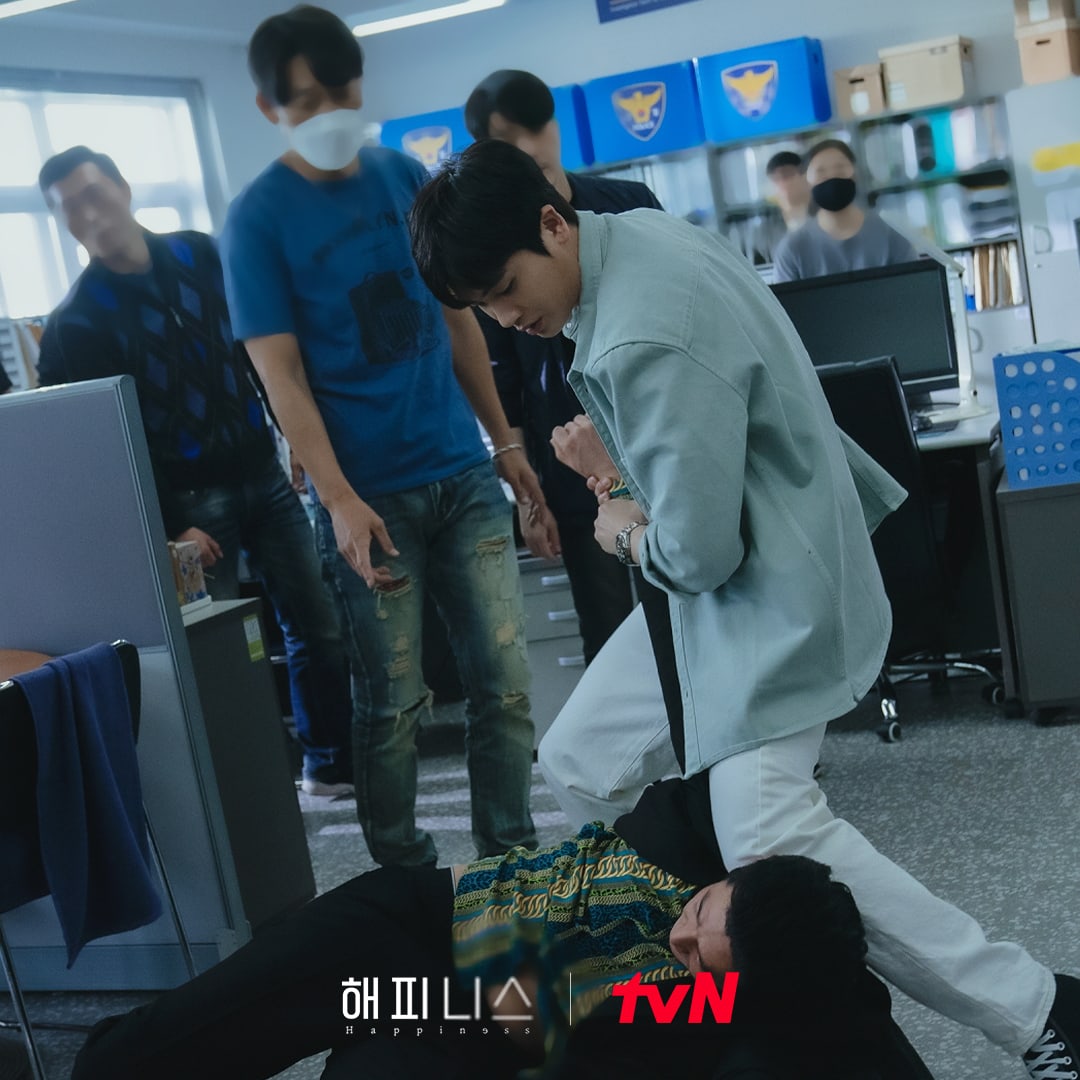 Jo Woo Jin makes efforts to show his character’s cool charisma by monitoring and reviewing his acting. He shared that he tried to be more meticulous and delicate because Han Tae Suk is a complex person who hides his innermost thoughts. 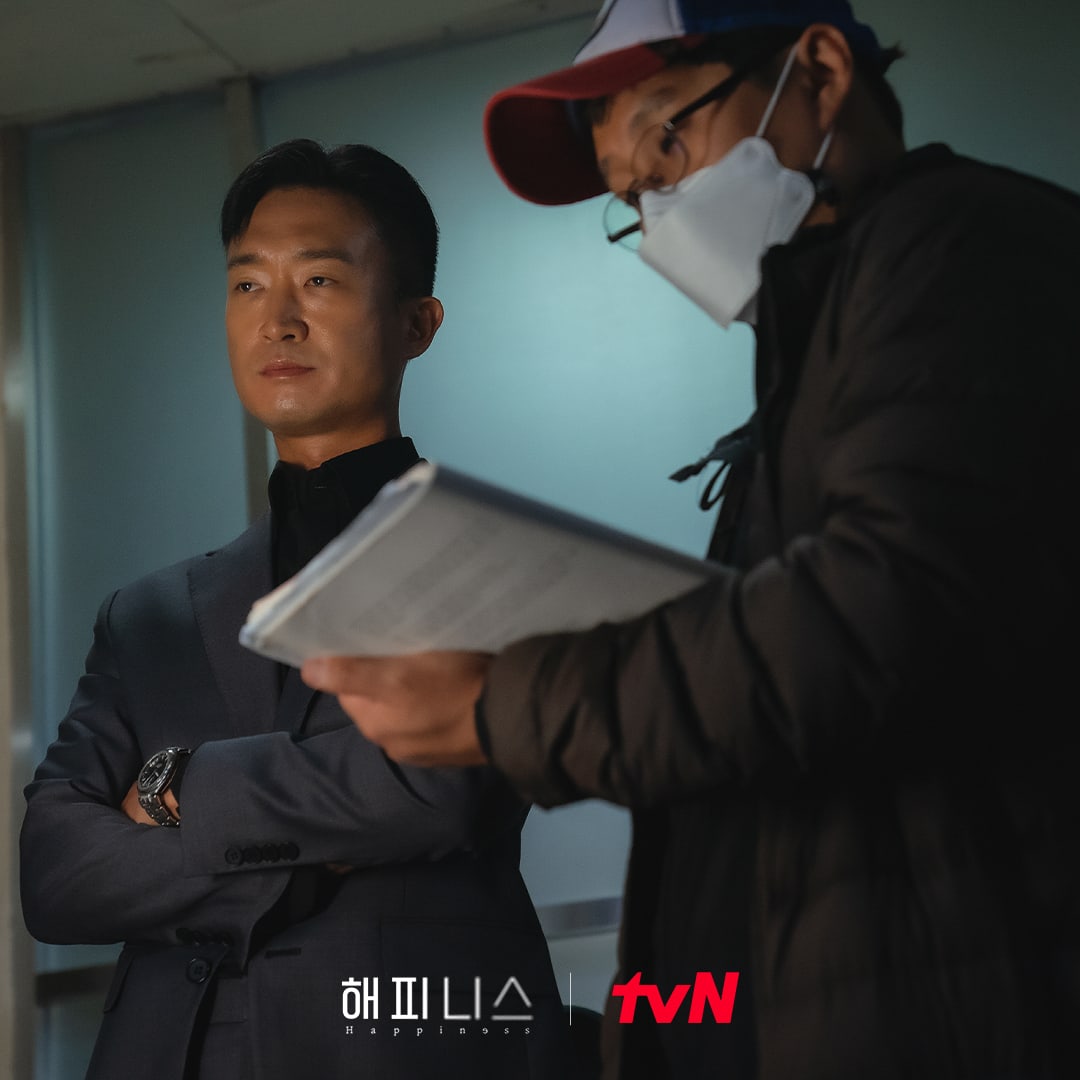 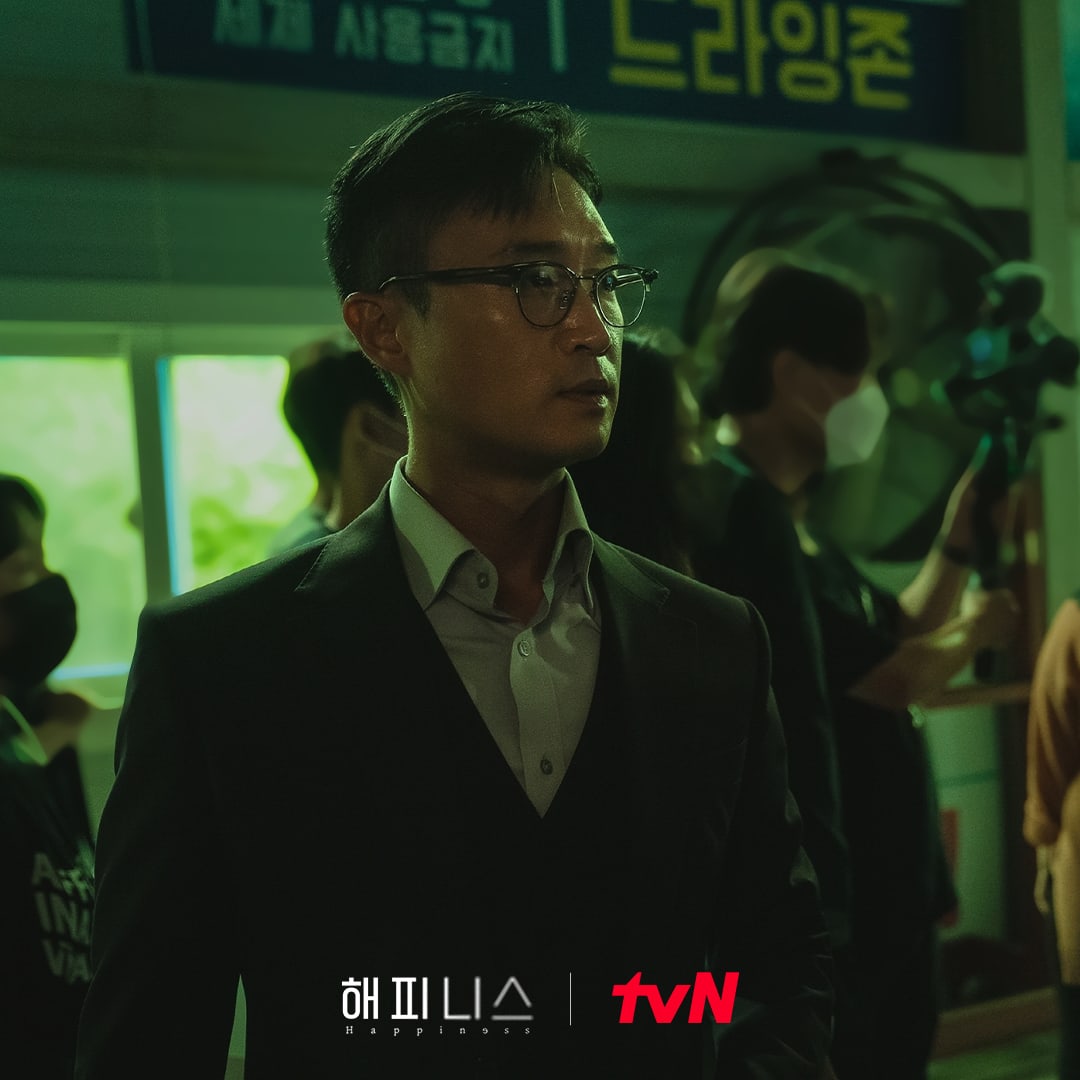 The actors also talked about what the film set is like. Han Hyo Joo shared, “The atmosphere of the drama set was so amazing. Due to the nature of the drama, I worked with many people, and they were all so good at acting that I enjoyed listening to their stories and monitoring each other’s acting.” Then she added she really liked collaborating with director Ahn Gil Ho and writer Han Sang Woon.

Park Hyung Sik commented, “The director, writer, and actors were all pleasant. There were so many dramatic situations while filming that I could feel the energy of the passionate actors. We had a lot of fun while filming it together.”

Jo Woo Jin remarked, “I was able to learn about the ‘gaze’ and ‘insight’ that can read trends and times. The director and writer wanted Han Tae Suk, a character who was ‘unreadable,’ to be portrayed in the same way, so I was able to build the character in a more three-dimensional manner through text and direction. The atmosphere was so great that I was able to concentrate better.”

In the meantime, watch Park Hyung Sik in “Juror 8” with subtitles below: