On the latest episode of tvN’s “You Quiz on the Block,” Coldplay’s Chris Martin and Jonny Buckland talked about working with BTS!

The two Coldplay members made a surprise appearance on the October 27 episode of the variety show, saying hello to hosts Yoo Jae Suk and Jo Se Ho in Korean through a video message.

Jonny Buckland went on to introduce their latest album by commenting, “Our new album is called ‘Music of the Spheres,’ and it’s really about everything we’ve been going through, I suppose. Love, and loss, and happiness, and friendship, and everything everybody goes through.” 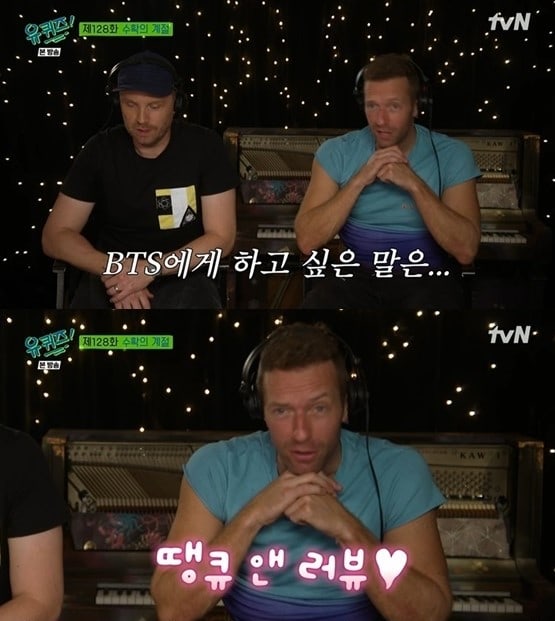 Notably, Coldplay’s new album features more than one collaboration with Korean artists. In addition to famously teaming up with BTS for their joint single “My Universe,” which debuted at No. 1 on Billboard’s Hot 100 and recently climbed back up the chart in its fourth week, the music video for their song “Higher Power” also featured South Korean dance group Ambiguous Dance Company, marking Coldplay’s second collaboration with the experimental dance company.

Speaking about their chart-topping collaboration with BTS, Jonny Buckland remarked, “Working with BTS was absolutely wonderful. They were so lovely, so kind, and obviously unbelievably talented. And we’re so grateful for them, for singing on the song.”

Chris Martin chimed in, “It’s just been an amazing pleasure, and more than we could have dreamed.”

As for what they wanted to say to BTS, Chris Martin replied, “The only message we’d like to send to BTS is to say, ‘Thank you, and we love you.'” 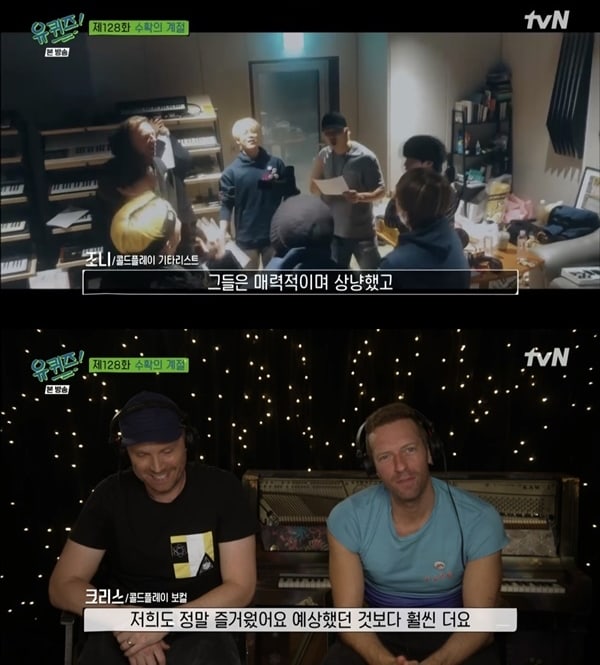 BTS
Coldplay
You Quiz on the Block
Chris Martin
Jonny Buckland
How does this article make you feel?