Intense new stills have been released for “Dali and Cocky Prince”!

The stills released on October 28 show Dal Li encountering her cousin Kim Si Hyung (Lee Jae Woo) in front of the police station. Although she is someone who always maintains a calm and elegant vibe, she appears extremely angry as she grabs onto Si Hyung’s collar, drawing curiosity about what trouble he has caused now.

Standing with Dal Li are Mu Hak and Won Tak (Hwang Hee), who appear just as worked up while protecting her. At one point, Won Tak even has to be held back by a fellow police officer due to his excessive anger towards Si Hyung. 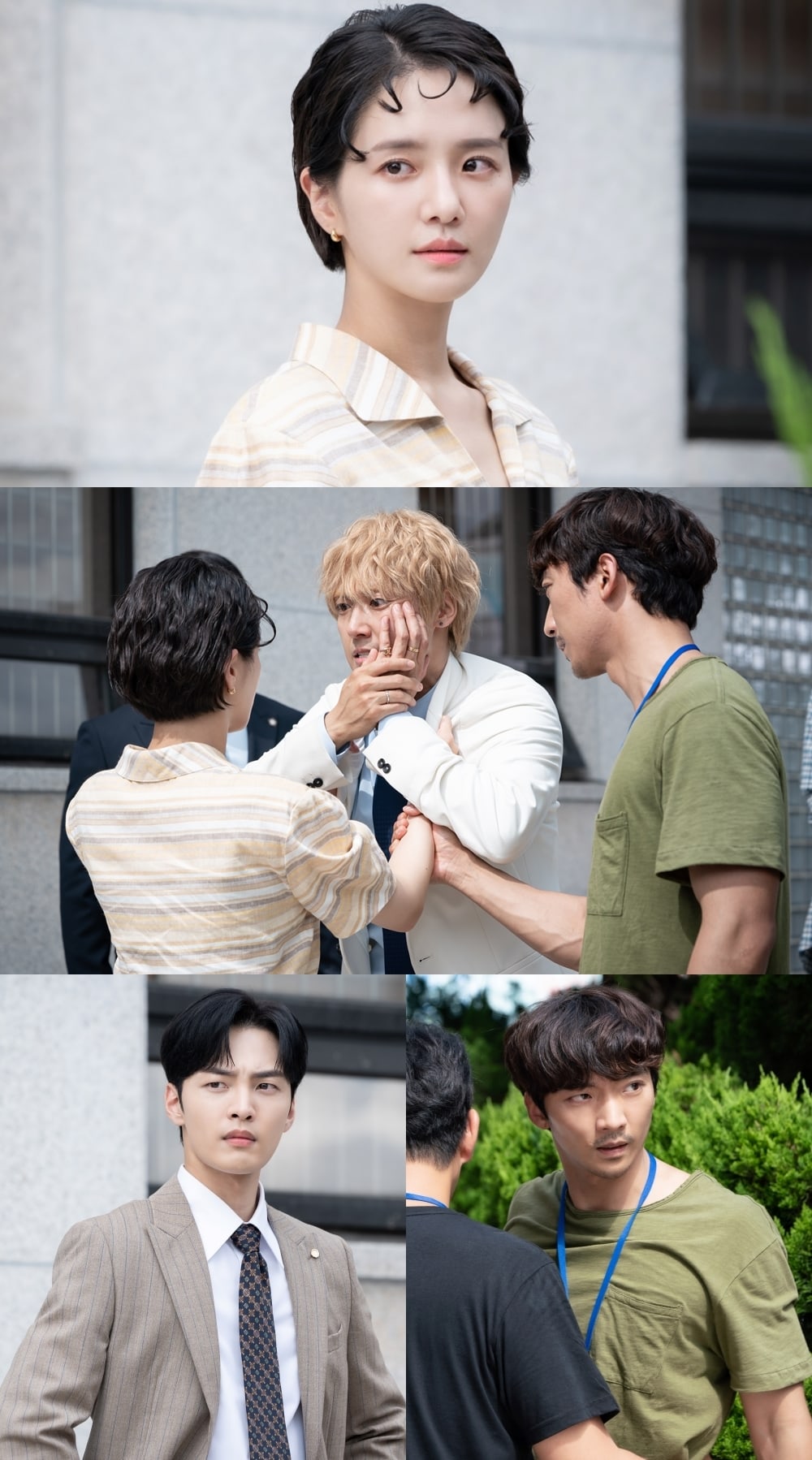