Seohyun Talks About Girls’ Generation’s Bond, How She Transitioned Into Acting, And More

In the accompanying interview, the reporter mentioned that it had been a while since her last pictorial with Singles. Seohyun replied, “I think we most recently met in 2019. Time goes by really fast. I’m the type to enjoy new challenges, but this is the first time that I’ve filmed under such a bright spotlight. I like that I was able to discover a new side of myself. Lately I’ve been lagging in energy due to movie and drama filming, but this photo shoot re-energized me.” 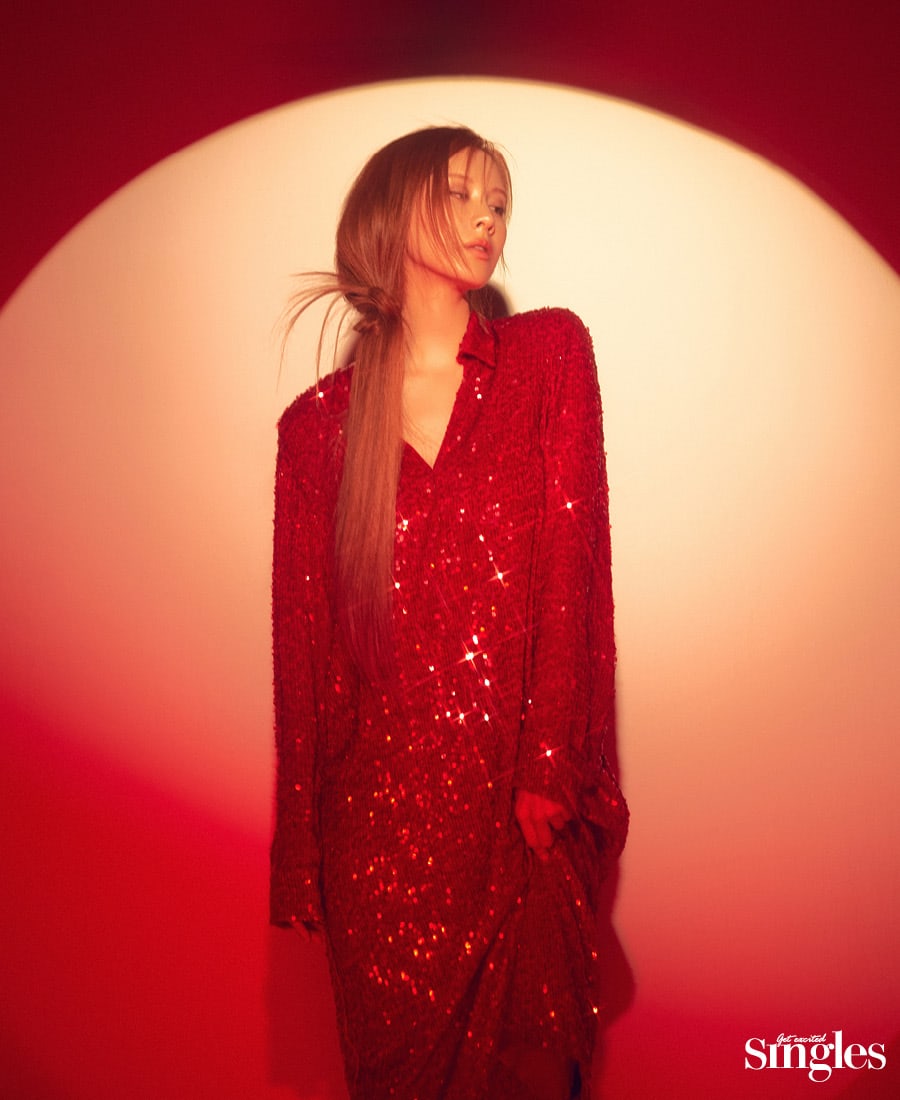 2021 marks Girls’ Generation’s 14th year as a group since their debut in 2007. Seohyun said, “It was a large part of my bright youth. If you count from my trainee days, I spent my teens and twenties with the members. It’s a big portion of my life. We don’t share blood, but we’re like a second family. We appeared on ‘You Quiz on the Block’ recently and it was the first time in a while that all the members had come together for an official event. It felt both familiar and embarrassing at the same time. When we look back at the past, it feels amazing that we’re still able to be together like this. We didn’t always realize how precious this is when we were always together, but we were able to transcend those times and get to our 14th anniversary. It feels surreal.” 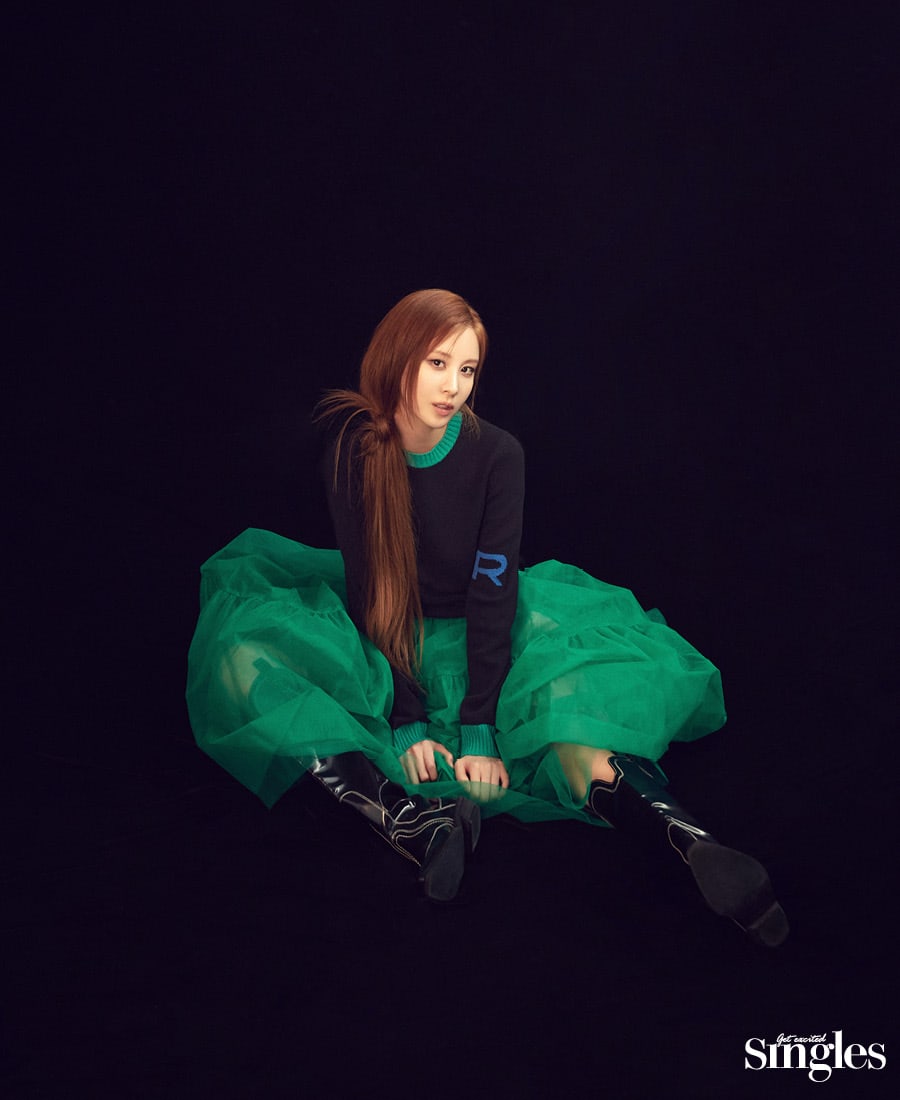 Seohyun recently wrapped filming on the occult film “Holy Night: Demon Hunters.” Asked about her process for choosing projects, she said, “An occult action hero film is a complicated genre that not a lot of films in Korea have tried. I fell in love with the script as soon as I saw it. I thought it would be a new challenge in the film world, and I really liked the character Sharon. I don’t have any restrictions when it comes to choosing projects. I don’t get stuck in one perspective and try to broaden my views. I am particularly moved by projects and characters that spark my curiosity or desire, and ‘Holy Night: Demon Hunters’ was one of those. As long as I don’t set limits on myself, I can do anything.” 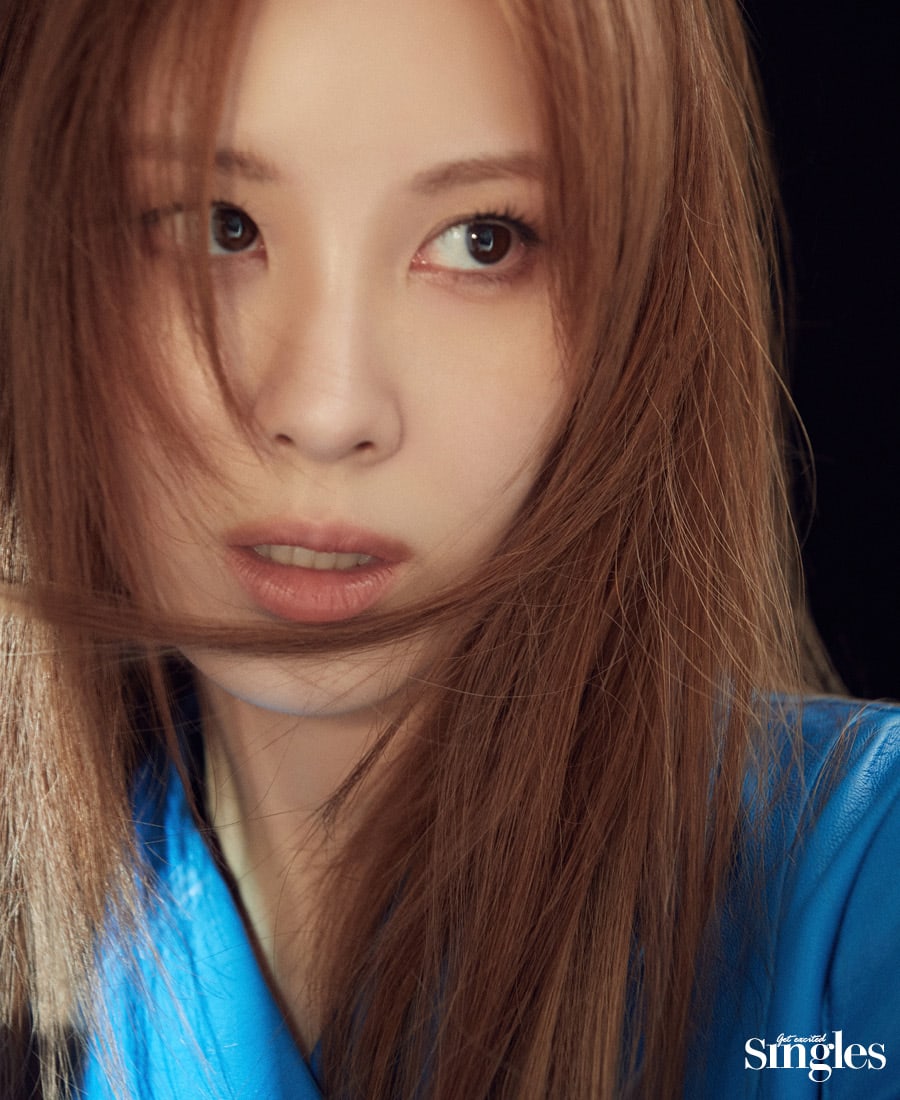 About her transition from musician to actor, she said, “It needs a lot of studying and research. I learned from watching other projects and seeing how other actors acted, but the most important thing is to work on expressing the emotions and other things that the character needed. It’s impossible for all characters to have a similar personality as me, but at least one part of them should be something like me. If I can combine those parts and express it through acting, then the character and I can become one in the project. I felt like that with the character Seul Bi in my drama ‘The Jinx’s Lover.’ I have a bit of a four-dimensional personality, and Seul Bi’s brightness and clumsiness seem to suit me well, because people keep telling me she’s a lot like me.” 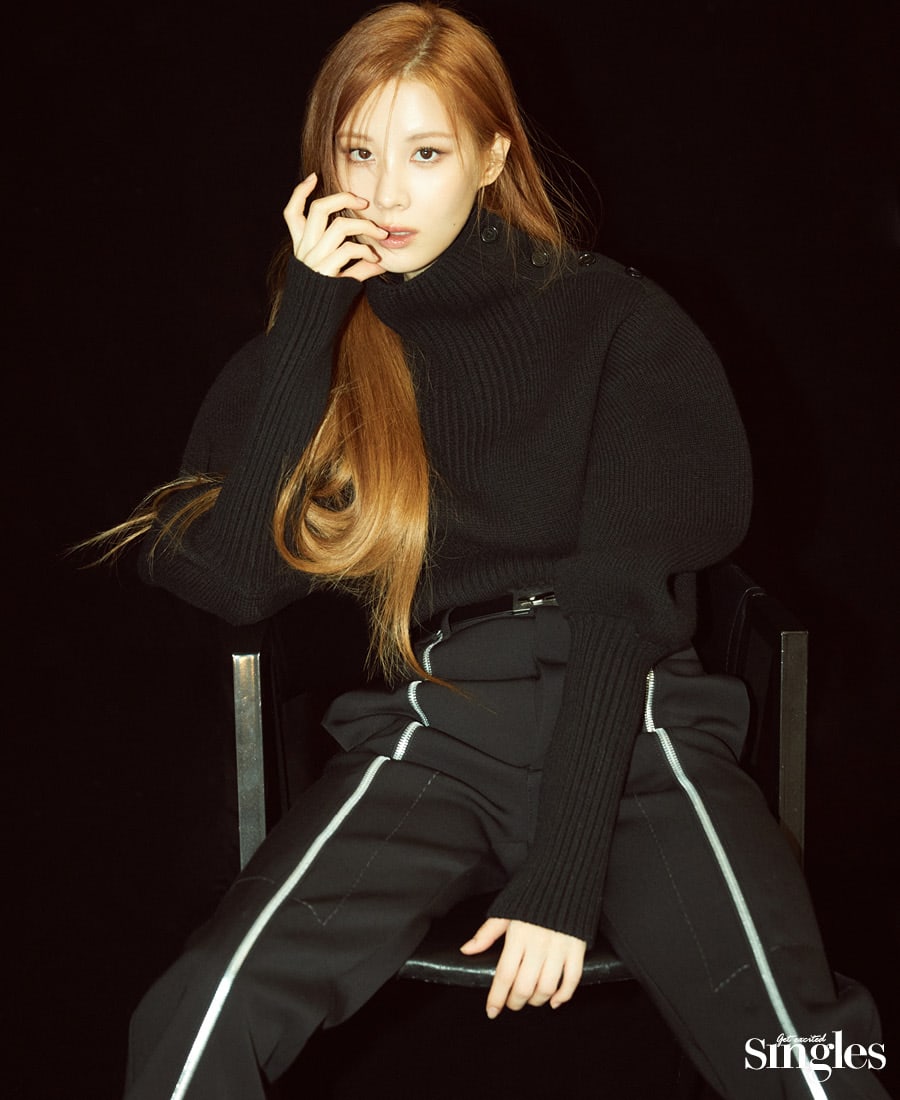 The singer and actress concluded with a discussion of her current lifestyle. “[In my free time], I listen to music or read books or chat with my friends on video calls,” she said. “I have three really close friends, but I’m not able to see them often due to my busy schedule, so we communicate via video chat and it can be really fun. [I boost myself up] by complimenting myself in the mirror. In the past, I would be really hard on myself. I regret that a little now. I try to give myself compliments and courage now instead of criticism. That makes me more self-confident and raises my self-esteem.”

The full Singles interview and photo shoot will be available in the November issue of Singles.

Watch Seohyun in “The Good Thieves” below!

Girls' Generation
Seohyun
Singles
How does this article make you feel?