Thanks to Yumi and her cells, viewers were taken on a rollercoaster of emotions. Viewers were given a very realistic portrayal of what happens when two people fall in love and things just don’t work out as planned. There were a lot of feelings involved in the last two episodes that a lot of people are still trying to sort through. Even now, many are obviously heartbroken about the outcome. With this said, here are four things we hated and one thing we loved about the finale of “Yumi’s Cells.”

1. HATED: Woong not being honest about his feelings

Woong’s pride has gotten in the way of him being honest on many occasions. In the beginning of episode 13, feeling embarrassed and self-conscious about himself, Woong tells Yumi that he’s going to move out of her place. Yumi is obviously taken aback and wants an explanation to which Woong is unable to give. Woong even sees that Yumi is sad but cannot express his thoughts and feelings.

It is clear that Woong still cares very deeply about Yumi, but it’s really heartbreaking to see him struggle to tell Yumi how he feels. Because Yumi is not No. 1 on his priority list, he cannot do anything or say anything that will get in the way of his pride. Ultimately, this becomes the thing that puts a wedge between Yumi and Woong’s relationship.

The cells: “We can’t say something that’ll hurt Woong’s pride.” 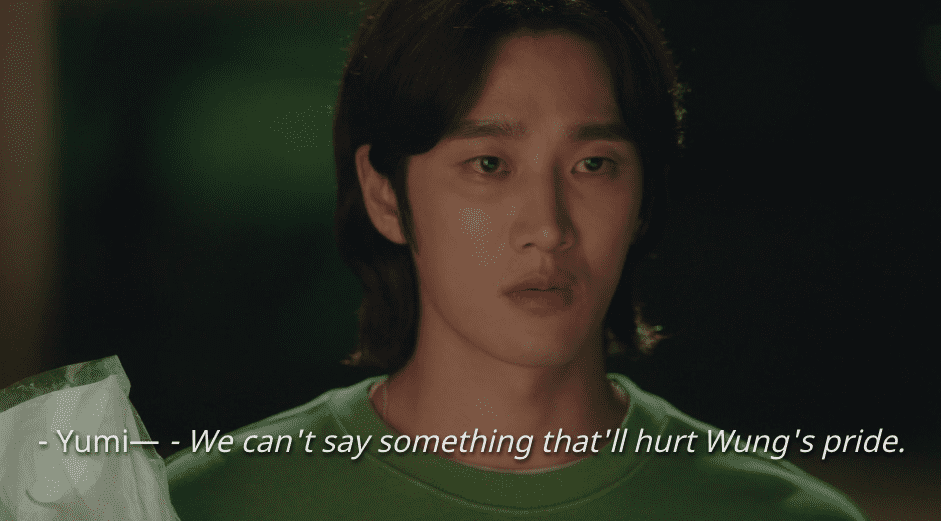 There are a lot of small instances in the last two episodes where Yumi is unhappy with Woong. From Woong sending Yumi the money for the table he broke, not answering her question about what he likes about her, to not waiting in line for the churros, all these small things that annoyed and upset Yumi all add up, making her heart break more and more. 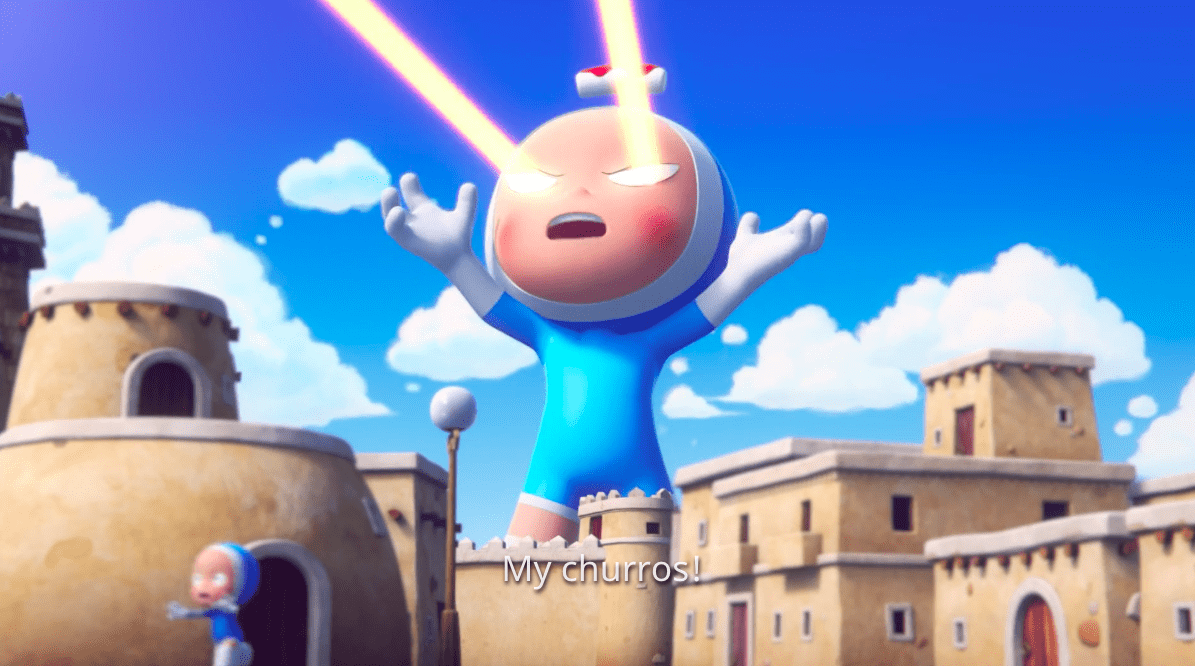 The last straw is when Woong replies with a very short answer to Yumi’s long emotion-filled text. Even Yumi acknowledges that the text isn’t a big deal, but when she spends the entire night stressing over it, she realizes that she’s no longer happy in the relationship and that it’s time to break up with him. It’s an awful feeling that many people can probably relate to, and seeing how Yumi knows that she has to break up with Woong while still loving him is utterly heartbreaking.

Once Yumi has decided to break up with Woong, she sends him a text asking to meet. Woong can tell right away that there’s a possibility Yumi will break up with him. At first he is upset, but upon laying eyes on Yumi, he realizes how much she means to him. It is at this moment that Woong’s priority list changes and Yumi becomes his No. 1. 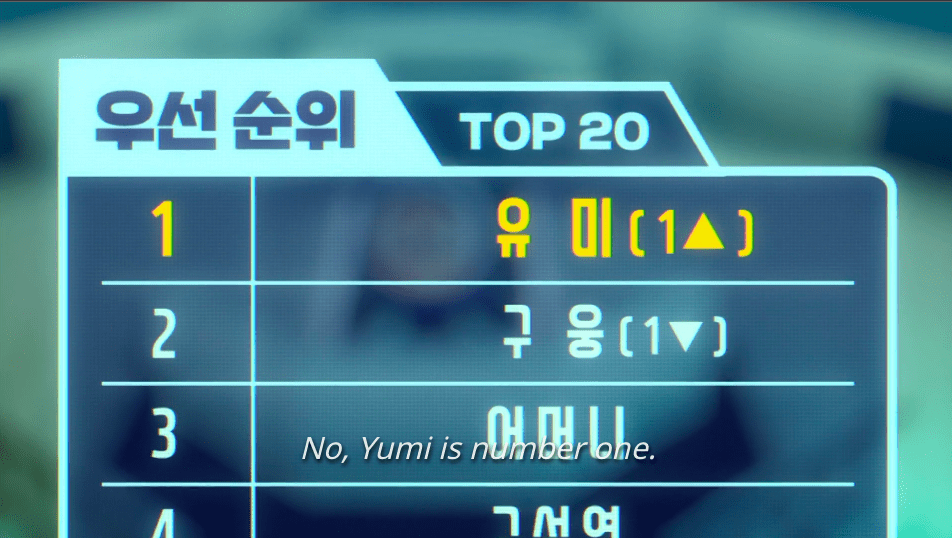 The fact that it changes at this moment is heartbreaking, mainly because it seems a bit too late for him after all the heartbreak Yumi has had to endure as of late. If only Woong discovered his true feelings a little bit earlier, the two may have worked. Needless to say, timing is everything. 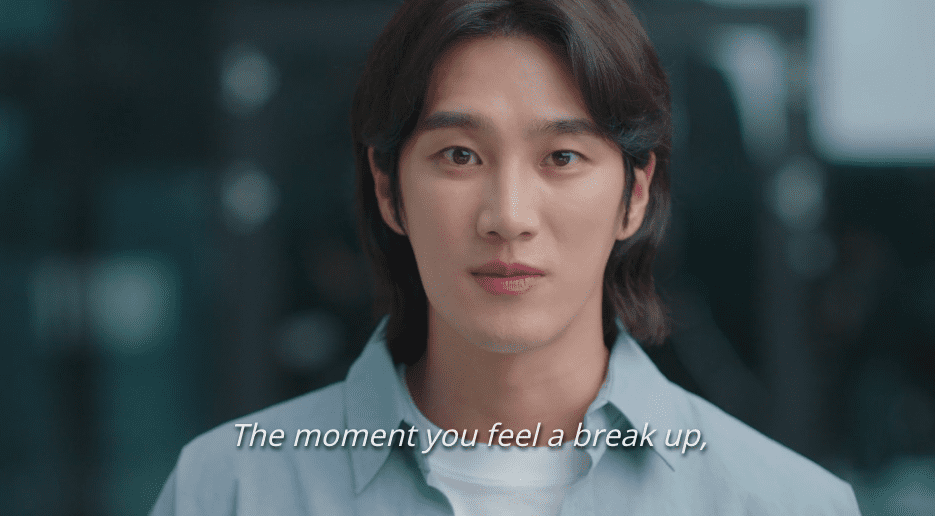 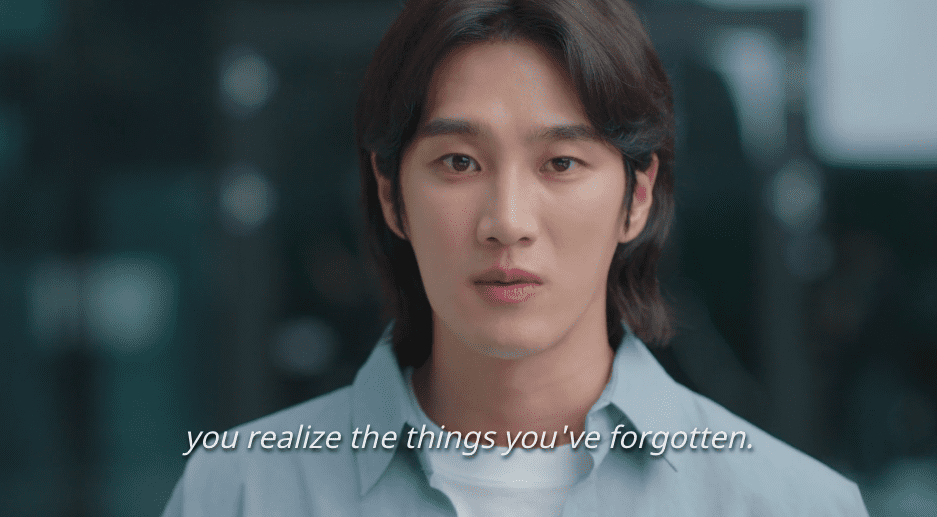 4. LOVED: The words of wisdom from the bulletin board cell

When Yumi dreams that she is in the world of her cells, she decides to post a note on the bulletin board. It reads, “I want a happy ending with Woong.” The bulletin board cell appears and asks her what she’s posting, and after Yumi reads it, the cell responds in the most powerful way possible: 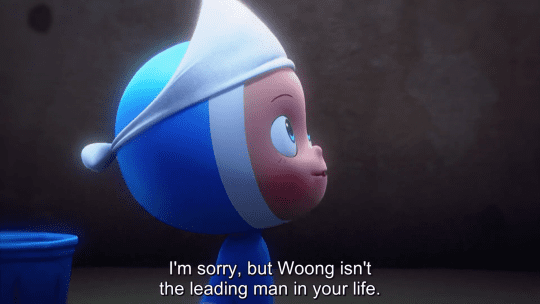 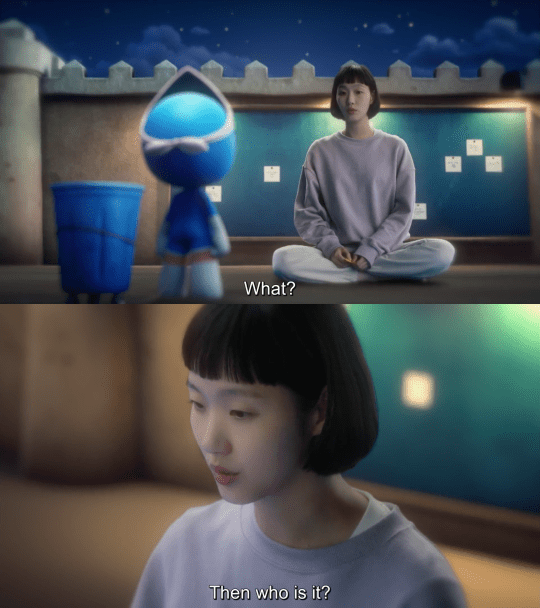 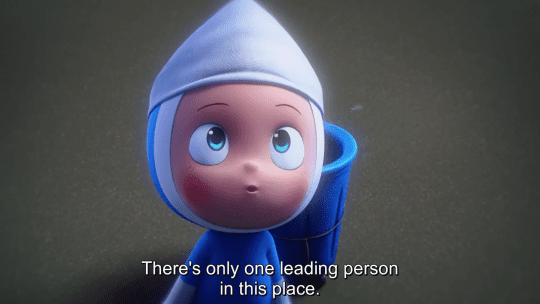 This moment is an epic scene in the webtoon, as fans couldn’t help but realize the truth and wisdom that this cell conveys. Yumi does not need a leading man at this point, and it may continue to be uncertain, but she is in charge of her own life. She is the leading person to her cells, and that is all that matters to them.

When Woong and Yumi sit down at the cafe to say what’s been on their mind, I think we were all on the edge of our seats. Yumi is unsure about her decision seeing as how she brought both the breakup card as well as the random card. She is willing to stay with Woong if he wants to, which makes it that much more sad when he breaks up with her.

It is a bit confusing but also understandable as to why Woong wants to break up with Yumi. His business isn’t doing well, and with all his pride, he doesn’t want Yumi to suffer. Woong makes the best decision he can for himself, his business, and for Yumi – it still hurt like heck, though. The way the director encompassed the end of Woong and Yumi’s relationship almost felt like we had broken up with Woong as well. It was heart-wrenching and left viewers with the sense of emptiness—a feeling that is all too familiar post breakup. The production team did an amazing job conveying these complicated emotions. 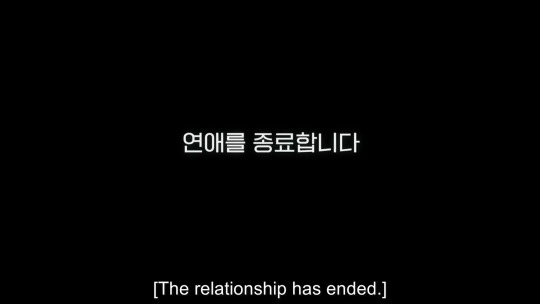 Despite these feelings of emptiness and heartbreak, there is still hope that Yumi will find happiness in season 2. There is still the possibility that she could work things out with Woong or maybe even find her true love. So until then, goodbye for now!

Hey Soompiers, what did you think about the finale of “Yumi’s Cells”? Let me know in the comments below!

Currently watching: “Jirisan,” “The King’s Affection,” “Dali and Cocky Prince,” “Reflection of You,” and “The Veil”
All-time favorite drama: “Secret Garden” and “Star In My Heart”
Looking forward to: Won Bin‘s return to the small screen