Woo Do Hwan is almost back from the military!

On October 31, a source from KeyEast Entertainment revealed, “Woo Do Hwan is currently on his final leave from the military. He will be discharged on January 5 next year without returning to the army base.”

The actor also posted on his Instagram to notify fans of his return. Along with photos of himself in front of a wall decorated for Halloween, he wrote, “I missed you all so much. Eat lots of candy.”

He also shared adorable photos of his dog wearing his military cap.

Woo Do Hwan’s celebrity friends commented on the post to welcome him back. 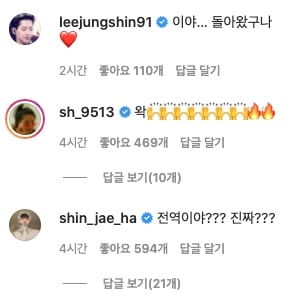 Woo Do Hwan had enlisted as an active-duty soldier on July 6, 2020.

Welcome back, Woo Do Hwan!

To celebrate, watch the actor in “The Divine Fury“!

Woo Do Hwan
How does this article make you feel?