The first season of tvN’s “Yumi’s Cells” may have come to an end, but there’s plenty of reasons to look forward to the next season!

Below are three ways that made the first season special and why drama fans are anticipating a second season.

1. The unique combination of live-action and 3D animation

“Yumi’s Cells” endeared itself to viewers and brought the original webtoon to life through its combination of live-action and 3D animation, a first for Korean dramas. Hailed as advancing the format of dramas, the show earned the title of being a well-made success story.

Yumi’s reality was seamlessly joined together with the village of cells inside her head, with the cell characters stealing the spotlight thanks to their cute appearances. Viewers were also able to relate to the way the cells expressed various human emotions in novel ways and came to support Yumi’s character development after falling for the cells’ charms. After the first season reached a meaningful end, viewers are curious to find out how the story will continue to develop in the following season. 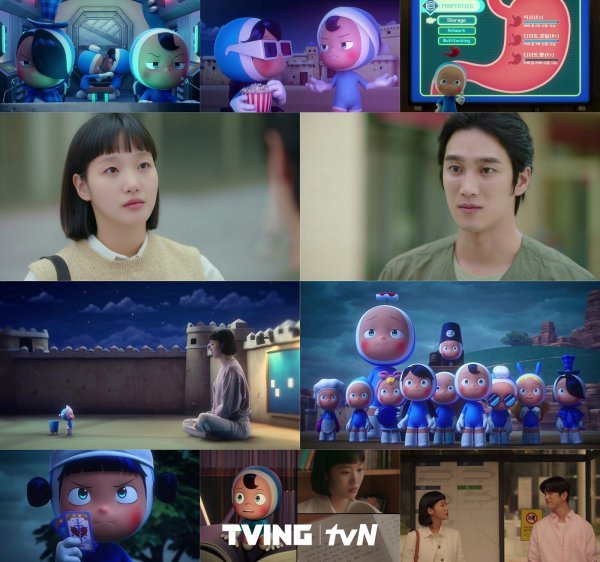 Yumi’s story was special precisely because it was normal. A realistic love story and random situations in daily life that could happen to anyone are some of the ways that the drama garnered the sympathy of viewers.

The drama also came with its share of touching moments that made viewers look back on their past loves. The end of season 1 gave the drama the status of a “life drama” as it conveyed the message that the story is actually that of the viewer. Although Yumi once thought that she needed Goo Woong in order to have a happy ending, Yumi came to the meaningful realization that the main character of her life was no one but herself. Viewers’ hearts were warmed by the revelation and affectionate reminder that made them love themselves more.

There’s more yet to come in Yumi’s story of growth through both work and love. It remains to be seen how Yumi and her cells will touch viewers’ hearts as they undergo changes and mature in the second season.

The actor’s passionate performance was the driving force behind viewers’ immersion in the drama. Kim Go Eun went above and beyond expectations with her portrayal of Yumi, maneuvering through her changes in emotion with skill and dexterity. Ahn Bo Hyun synchronized so well with his role as Go Woong that one would think he leapt right out of the webtoon itself, and his acting was a perfect blend of heart-fluttering and comical. Above all else, the two actors’ chemistry succeeded in evoking the feeling of a real-life love story.

Viewers are also looking forward to the heart-fluttering performance of GOT7’s Jinyoung, who played the role of Yoo Babi, in season 2. Lee Yoo Bi and Park Ji Hyun were also a hot topic due to their degree of synchronization with their respective roles as Ruby and Seo Sae Yi, adding a layer of tension and excitement to the drama. Miram, Jung Soon Won, and Joo Jung Hyuk also became scene stealers, and the special appearance of SHINee’s Minho kept viewers’ eyes glued to the screen. As a whole, the cast of “Yumi’s Cells” earned plenty of praise for their impressive performance.