Minhyuk wrote the lyrics and also co-composed the ballad, which provides warm comfort to everyone at the end of a long day.

Check out the lyric video below:

BTOB’s Minhyuk (HUTA) has revealed a snippet of his upcoming song “Good Night”!

Check out his new moving poster for the track below:

The captions in the new clip read, “You don’t have to force yourself to pretend to be okay. Even if you fall asleep while crying, Good Night.”

The song was co-composed by Minhyuk and the lyrics were written entirely by Minhyuk. He also provided his own background vocals on the song. 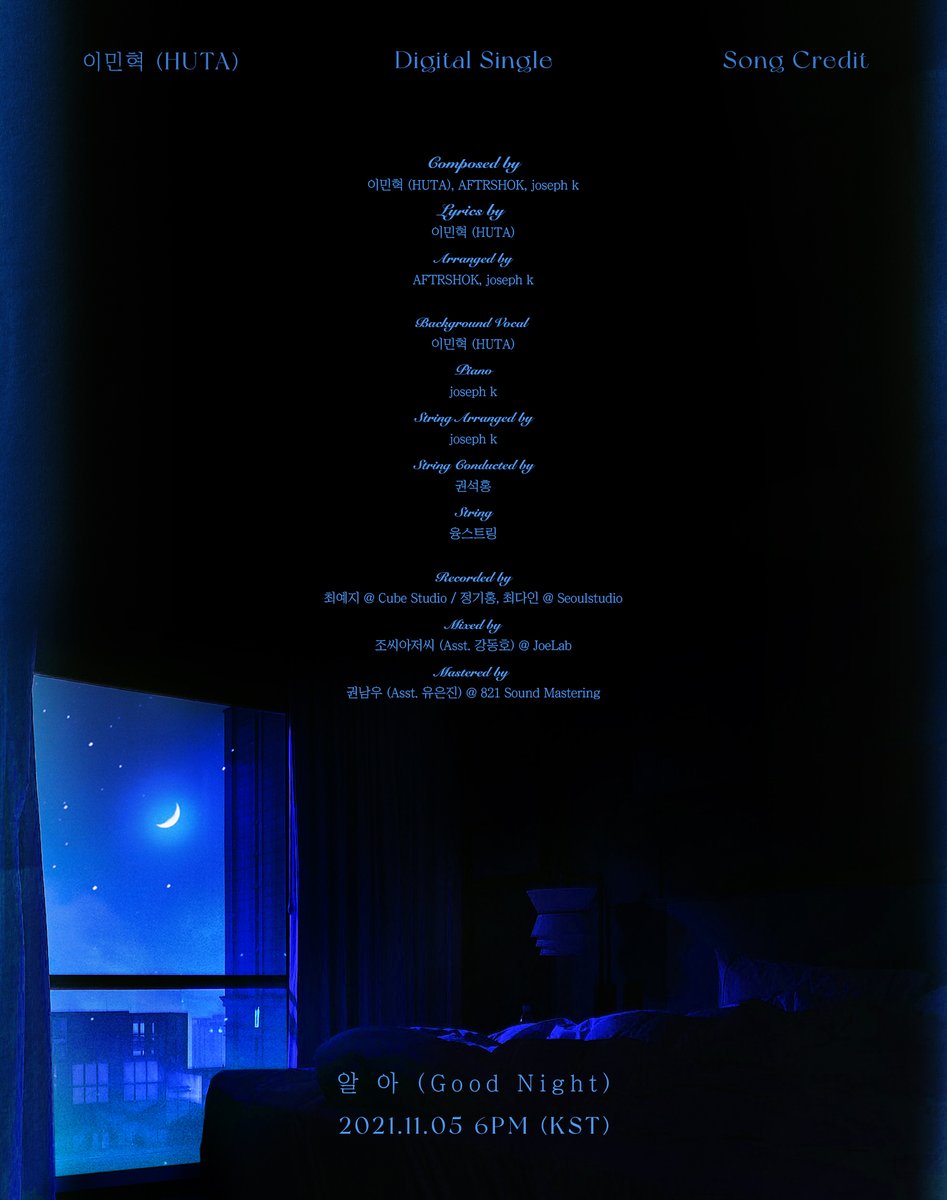 BTOB’s Minhyuk is gearing up to make his return as HUTA!

On November 1 at midnight KST, Minhyuk officially announced that he would be releasing a brand-new digital single, “Good Night,” later this week.

The singer also unveiled his first teaser for the song, which is due out on November 5 at 6 p.m. KST. 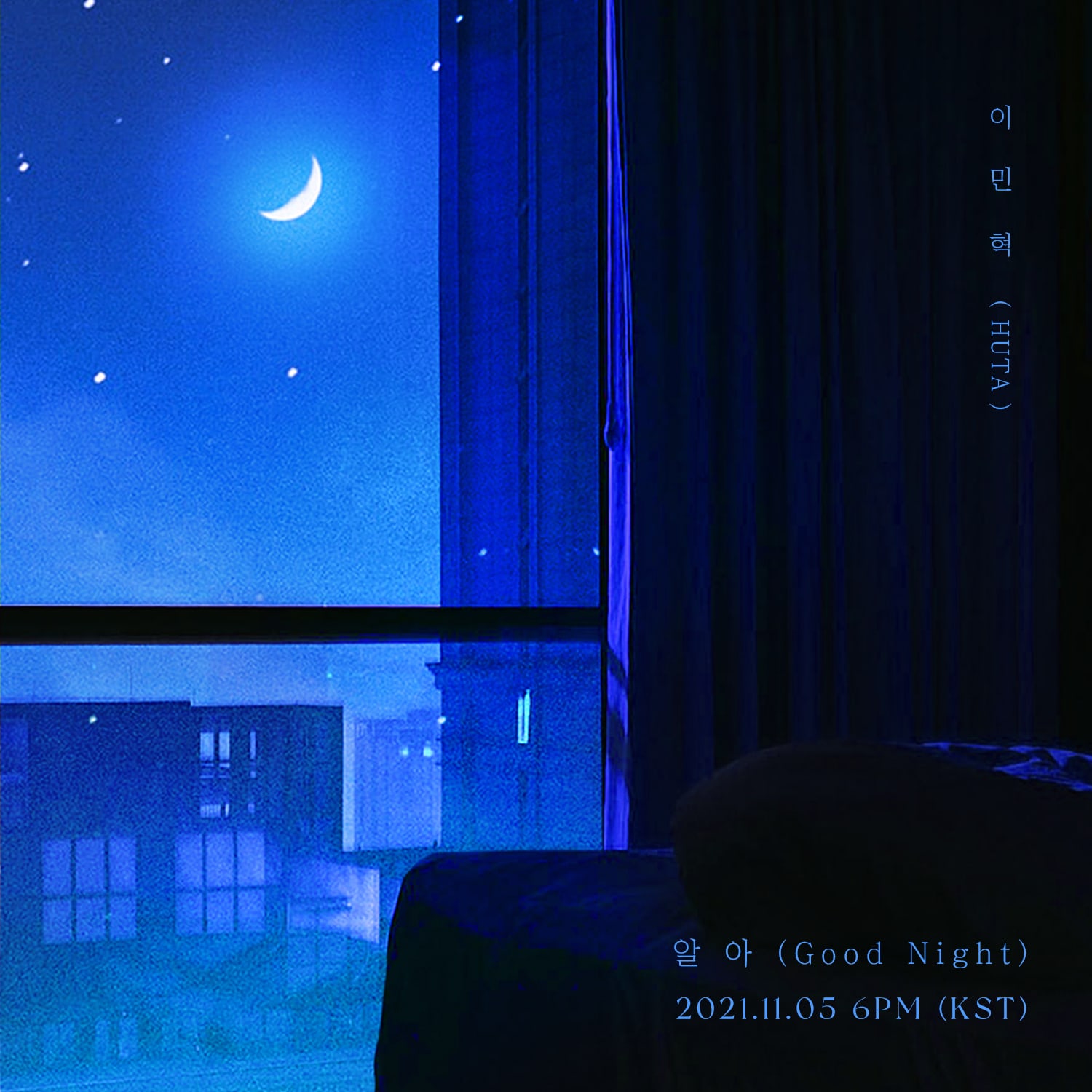 Are you excited to see what Minhyuk has in store?

While you wait, watch Minhyuk in his drama “Number Six” with subtitles below!