Park Hyung Sik, Han Hyo Joo, And Jo Woo Jin On How They Prepared For Their Roles In “Happiness,” Working Together, And More

Set in the near future, “Happiness” is an apocalyptic urban thriller that takes place in an apartment that is stratified by social standing. The high-rise apartment is sealed off when a new infectious disease emerges, and the drama depicts the fear, psychological battles, and desperate struggles for survival that ensue.

PD Ahn Gil Ho said, “It’s about human conflict and selfishness in the midst of an extreme situation. In a situation where people are isolated and they all are pursuing different ideas of happiness, the drama follows the process of discovering what happiness really means.” 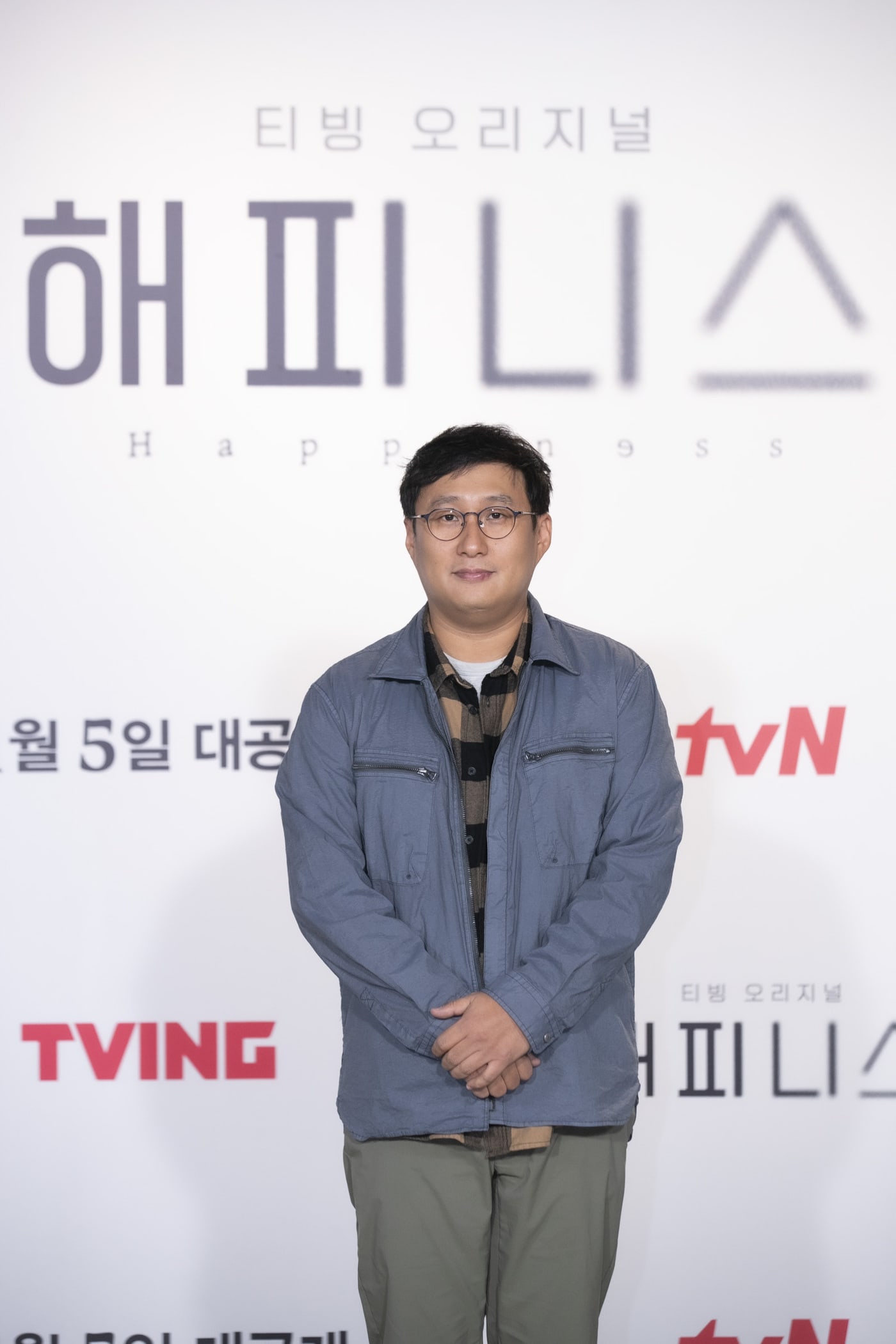 Han Hyo Joo plays Yoon Sae Bom, a tactical agent in the Seoul Police Special Operations Unit. She said, “She’s the type to act before she thinks. She is justice-oriented, warm, and dependable, but she also believes in living comfortably in this complicated world. She’s a very simple and cool character. I didn’t know much about the police special forces, so I studied a lot in order to understand. There are a lot of action scenes, so I also got stunt training and learned how to shoot.”

This is Han Hyo Joo’s first drama in five years, with her last drama being “W.” She said, “This drama was like a present to me. At this age, I was able to play a character who has a similar personality to me and doesn’t look fancy. I think that this was fate. I’m having a lot of fun on set.” 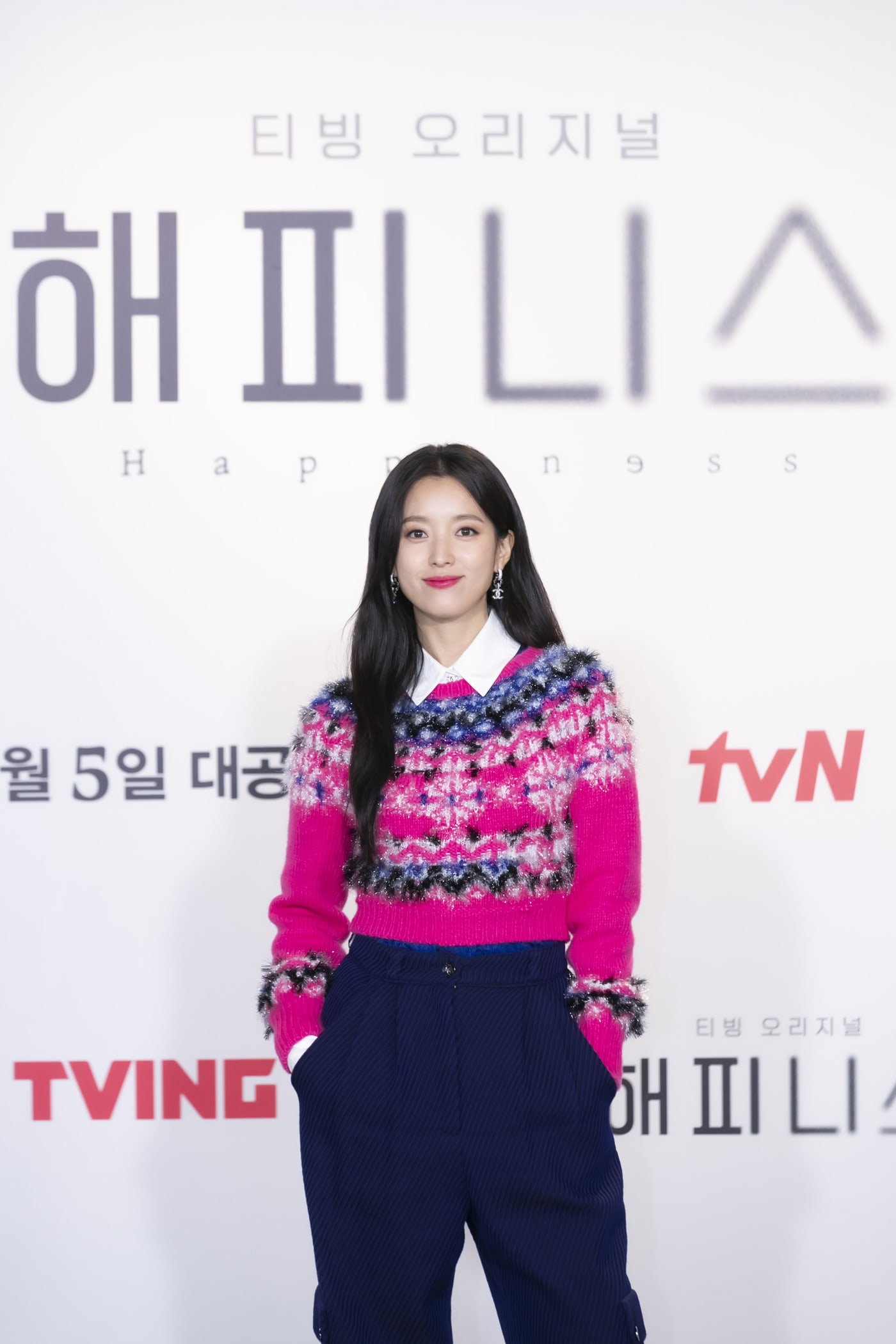 Park Hyung Sik plays Jung Yi Hyun, a detective in the violent crimes division of the Seyang Police Station. He was an ace baseball pitcher but changed his career path after an injury. He has also been friends with Yoon Sae Bom for 13 years. The actor said, “Jung Yi Hyun seems simple and stupid, but he’s quite smart. He’s a fox that looks like a bear.”

This is Park Hyung Sik’s first acting project after his discharge from military service. He said, “This was a project I couldn’t turn down because of the director and other cast members. I felt that I had to do it. The expression of the characters, the storyline, they all felt fresh to me. It felt different from other dramas. It was the first time in a while that I’d filmed, so I was awkward around the camera. Everyone around me teased that I was awkward and hadn’t gotten used to things yet. But being on set was so fun and everyone took such care of me that I was able to get used to it fast.” 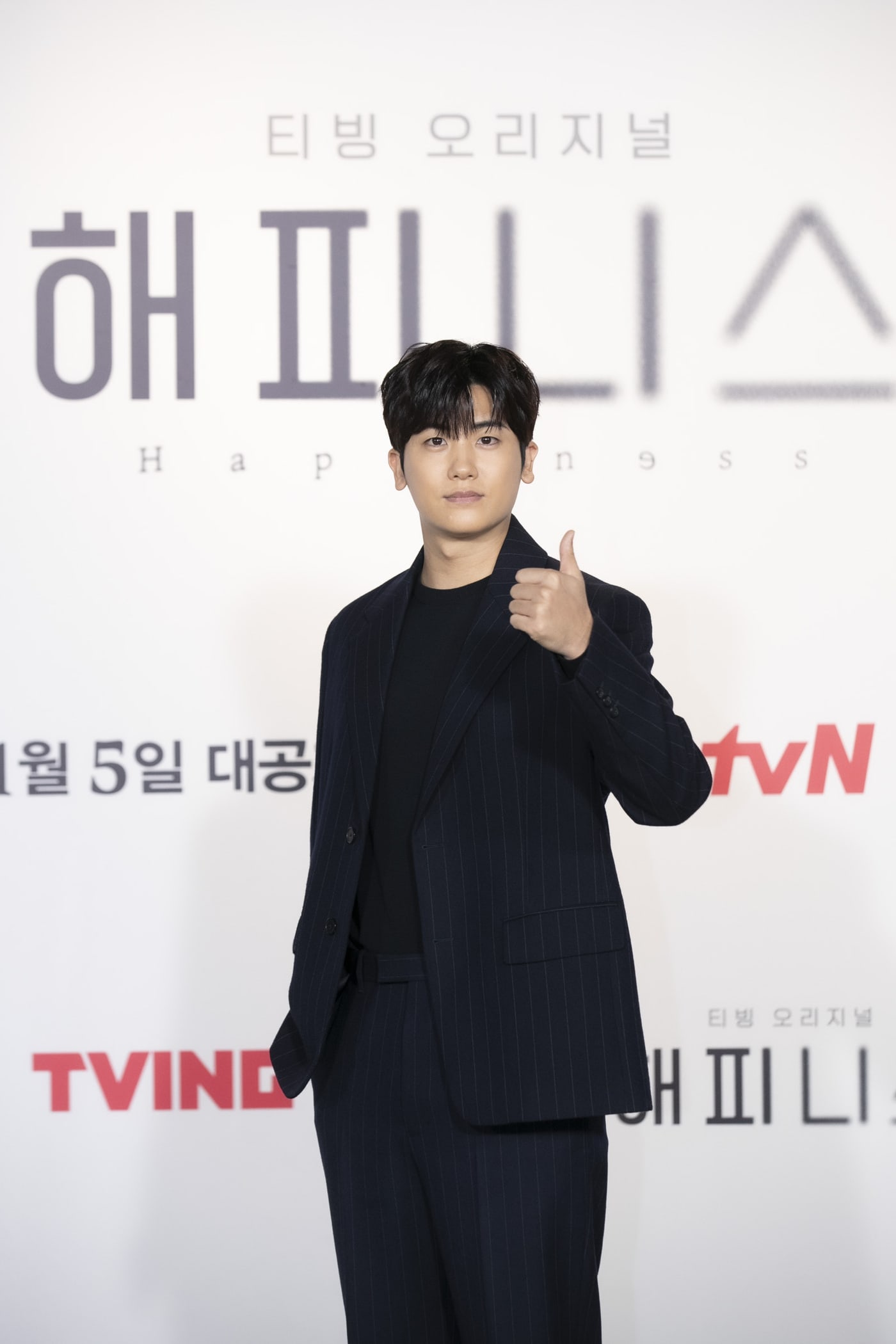 Han Hyo Joo and Park Hyung Sik wore school uniforms in the drama to play their characters’ younger selves. Han Hyo Joo said, “I was just grateful. I personally didn’t feel awkward until someone told me that the kid in front of me in the classroom was 16 years old. There’s almost a 20-year age difference between us. I was okay but I felt reality hit me all of a sudden.”

Jo Woo Jin plays Han Tae Suk, the man in the Armed Forces Medical Command in charge of finding the source of the disease and stopping its spread. He said, “He knows exactly what the cause is and how to stop it, but he’s wavering between public and private interests. If Han Hyo Joo and Park Hyung Sik’s characters are clear and bright, my character is dark and cloudy.”

He continued, “When I first got the casting offer, I asked who else was in it. When I heard it was Han Hyo Joo and Park Hyung Sik, I thought, ‘That’s amazing.’ I was really looking forward to working with them. I thought that I would find ‘happiness’ while working with them. There was no reason to turn the offer down.” 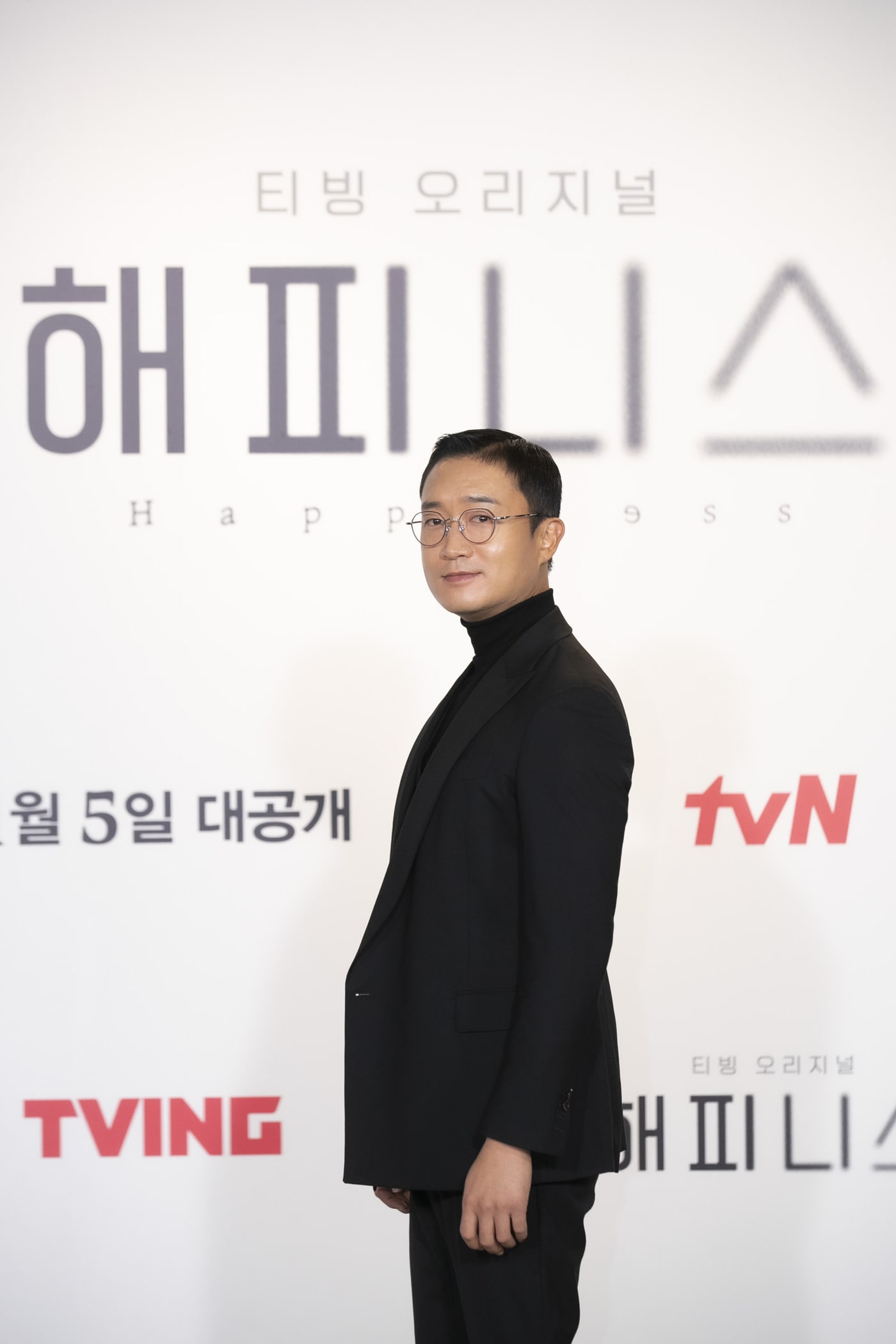 The three cast members talked about their chemistry together. “Han Hyo Joo and I were so well-matched that we often expressed our satisfaction to each other,” Jo Woo Jin said. “When I worked with her, I could easily remember difficult and forgettable lines. Park Hyung Sik is a bright and lovable person. As soon as I came on set, he would hug me and rub shoulders with me and chat with me while filming. He seems more like someone who came out of a vitamin factory than someone who was just discharged from the military.”

Han Hyo Joo said, I didn’t film with Jo Woo Jin often but we had a lot of lines whenever we did. They were difficult scenes, but there was good energy as we traded dialogue back and forth. It was really fun, like playing ping-pong. What he said about Park Hyung Sik being a human vitamin is really true. As soon as he arrives on set, he brightens everything up. It’s always fun to work with him. I felt so comfortable with him that I was almost sorry. I even apologized to him afterward.” 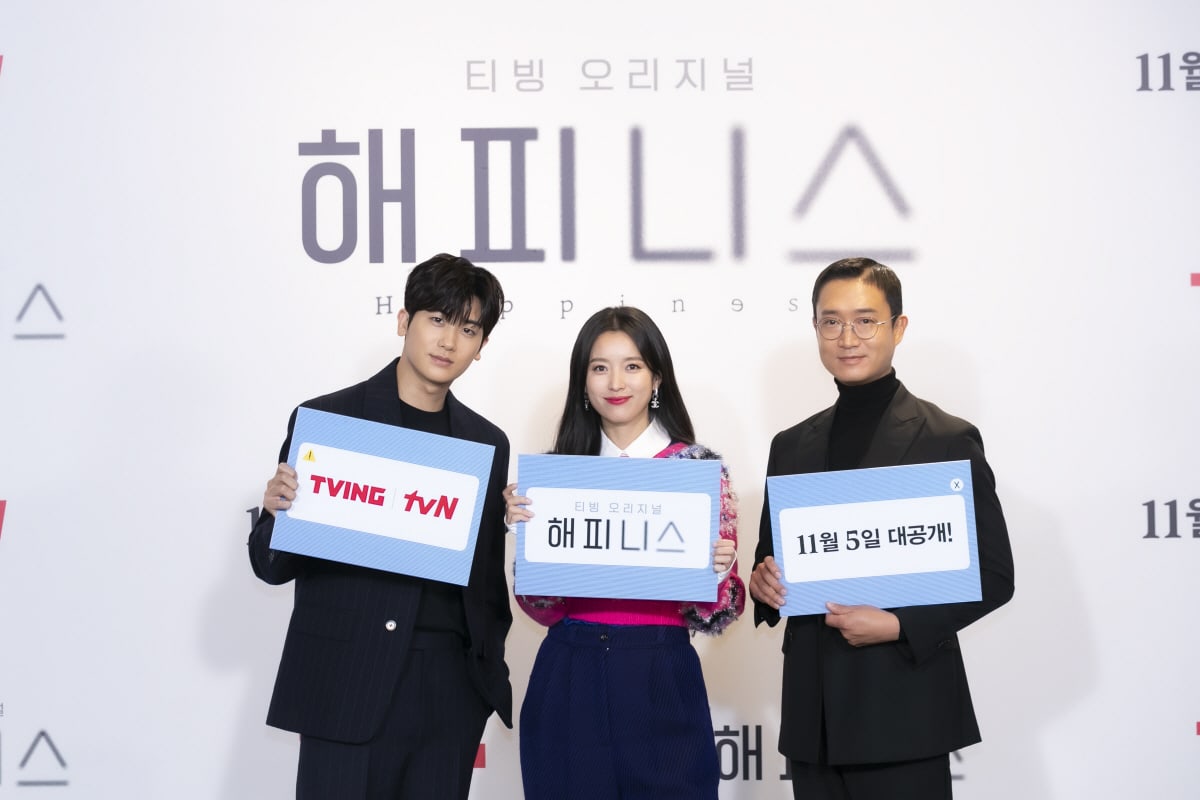 “Happiness” premieres on November 5 and will be available on Viki. Check out a teaser here!