The King Of Versatility: 9 Yoon Shi Yoon K-Dramas That Demonstrate His Acting Talent

Yoon Shi Yoon has been in the Korean entertainment scene for many years now. He debuted in the sitcom “High Kick Through The Roof” in 2009 and was even nominated for Best New Actor at the Baeksang Arts Awards – a huge feat considering it was his debut role! He has continued to impress viewers and fans with his wide array of roles and has even picked several where the characters express two different personas. Here are eight K-dramas where Yoon Shi Yoon has demonstrated his versatility as an actor. 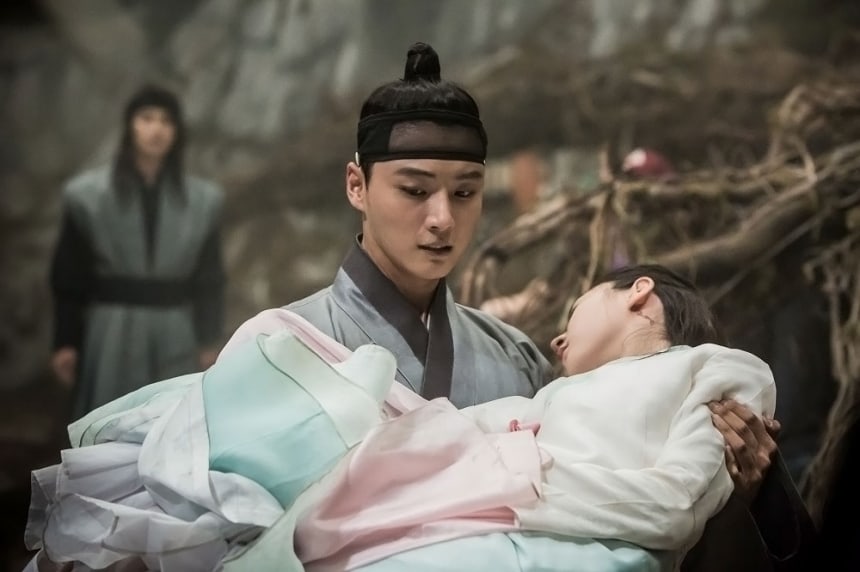 “Mirror of the Witch” was Yoon Shi Yoon’s first K-drama after serving in the military. Yoon Shi Yoon plays a scholar by the name of Heo Jun who meets Yeon Hee (Kim Sae Ron), a princess who is isolated from the kingdom and is kept a secret as a result of a curse. Heo Jun tries to help the princess return to her rightful place.

Yoon Shi Yoon suits historical roles so well. He’s got an effortless poise and nobleness that makes it almost natural when he plays them. His character in this particular series is so heartwarming and sweet, making it very easy to fall for him. The emotional scenes are very impactful, and seeing how much Heo Jun cares for and loves Yeon Hee alone is worth the watch. 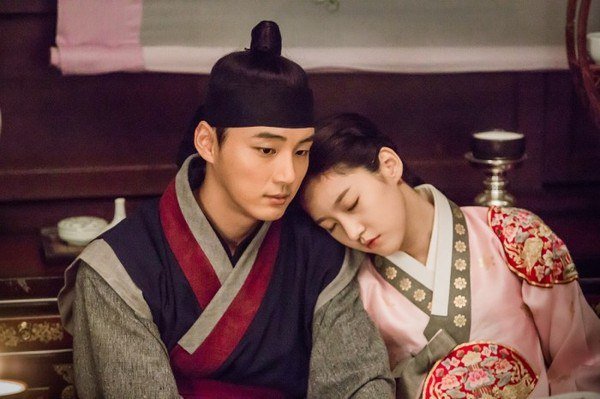 Check out the first episode of “Mirror of the Witch” here: 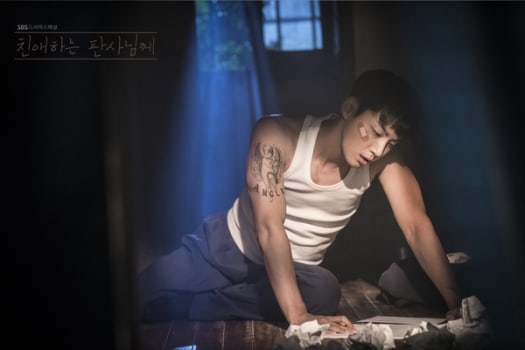 Yoon Shi Yoon plays a pair of twins who have two completely different personalities. One twin is named Han Kang Ho, a criminal who has been convicted various times throughout his life, and the other twin is a respected judge named Han Soo Ho. One day, Han Soo Ho goes missing, and Kang Ho ends up taking his brother’s position as a judge.

Netizens couldn’t help but rave over the ability for Yoon Shi Yoon to play such a dual role in this series. The emotions he conveys in the series is so real and contrasting that it’s almost hard to believe that it is played by one actor. There is one scene in particular where Han Kang Ho is breaking down crying while being interrogated. His fans and viewers commended his brilliant acting and ability to show such strong emotions. Yoon Shi Yoon was even able to win the Excellent Actor Award for this series at the 2018 SBS Drama Awards! 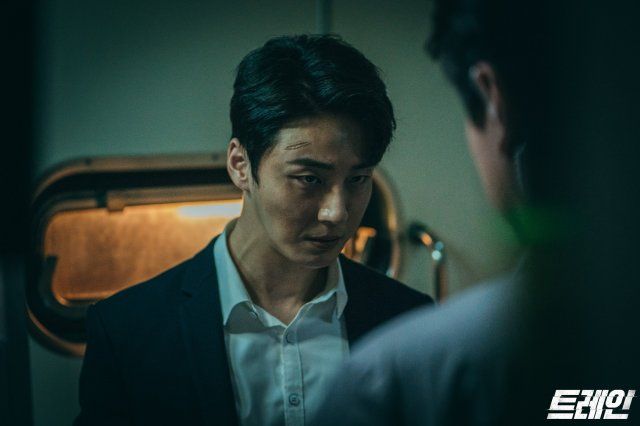 “Train” is a sci-fi thriller that takes place in two parallel universes. In one universe, Yoon Shi Yoon plays Seo Do Won, a detective, and in the other universe, he plays a man who lives feeling guilty as his father killed another man. He meets Han Seo Kyung (Kyung Soo Jin), who is the daughter of the man Do Won’s father had killed.

There are several times in this series where you will definitely get chills from Yoon Shi Yoon’s acting. When the two worlds that Yoon Shi Yoon’s characters are a part of unite, they confront each other face to face, and the look in his eyes portraying both characters is so different – this is only because Yoon Shi Yoon is so unbelievably skilled at acting. The suffering that his character has to endure as a result of being alone is so powerful, and there are many emotional lines that make for a memorable performance.

“I’m sorry for not being here, for leaving you alone.” 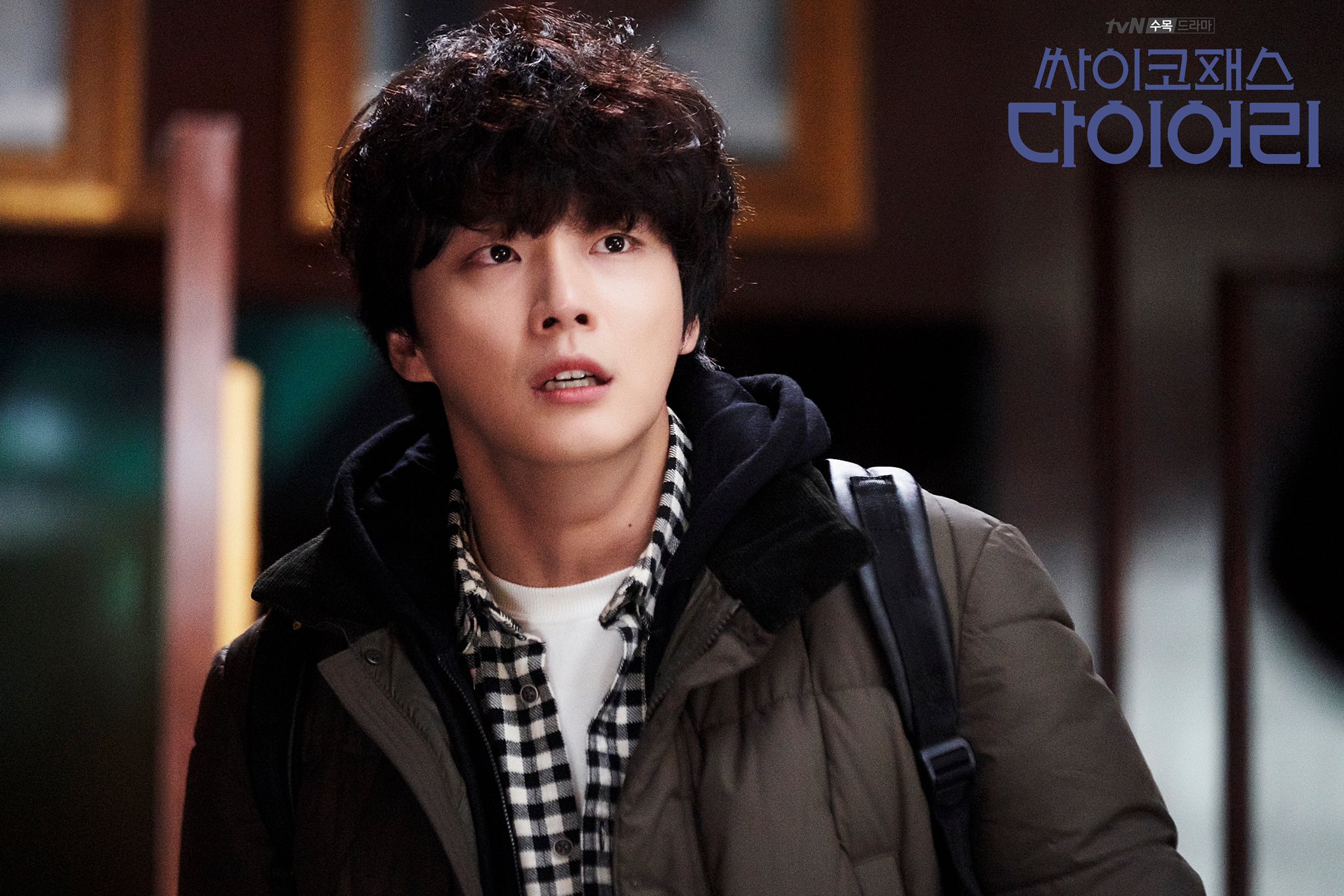 Yoon Dong Shik (Yoon Shi Yoon) is a timid and sensitive man who witnesses a murder. While running away, he gets into an accident and suffers from amnesia. He wakes up with a murderer’s journal, and he believes he himself may be the killer.

The conflicting emotions and thoughts that Dong Shik faces while he’s trying to figure out whether or not he’s a murderer is oddly entertaining. His ability to show a vulnerability with possibly some psychopathic tendencies is humorous yet brilliant. It’s amazing how Yoon Shi Yoon can play goofy and freaky at the same time.

Make sure you check out the series here: 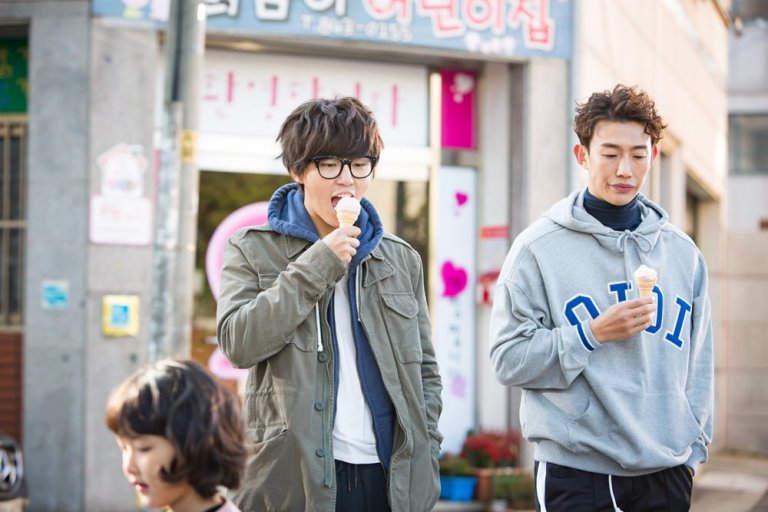 Yoon Shi Yoon plays a character by the name of So In Sung who has high hopes of becoming a police officer. He repeatedly fails to pass the test necessary to become one but is still really positive about passing one day. He also has a girlfriend who is really pretty and totally out of his league, and she ends up breaking up with him to focus on studying and working.

Trying to make some extra cash, In Sung enrolls himself into some science experiment where he has to eat some pills. This results in him getting some superhero type powers where he has super strength, an amazing memory, great reflexes, and he’s also gotten much better looking. His life completely changes, and in come several women competing for his affection.

Yoon Shi Yoon does transformations like no other. In the beginning of this series, we see a very nerdy side of Yoon Shi Yoon and then are greeted with a character who is made over and ready for love. The series is a short one, only three episodes, and it’s a sweet watch. You will enjoy the make-over aspects of the series, and it will give a feeling of healing and laughter! 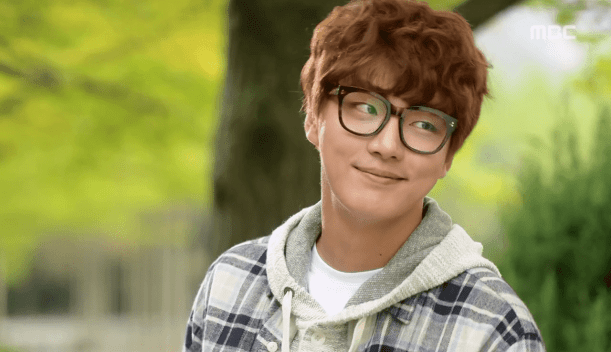 Go Dok Mi (Park Shin Hye) is an introverted girl who spends most of her days avoiding people at any cost. She hardly leaves her small apartment and finds outgoing people a bit burdensome. But when Enrique Geum (Yoon Shi Yoon) catches her stalking her next door neighbor, things get pretty awkward. She can’t seem to avoid the outgoing and outspoken Enrique. The two form an unlikely bond and start to develop some serious feelings for each other. 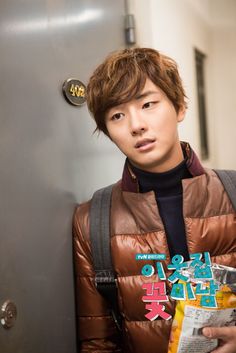 I loved the simplicity of this drama, and it has your staple flower boy actor: Yoon Shi Yoon. He is pretty much the epitome of flower boys. His character, Enrique Kim, has boatloads of aegyo and is SO lovable. It’s adorable seeing his character try and bring Go Dok Mi out of her shell. It’s a light-hearted drama, and you can’t complain about watching Yoon Shi Yoon for 16 episodes! 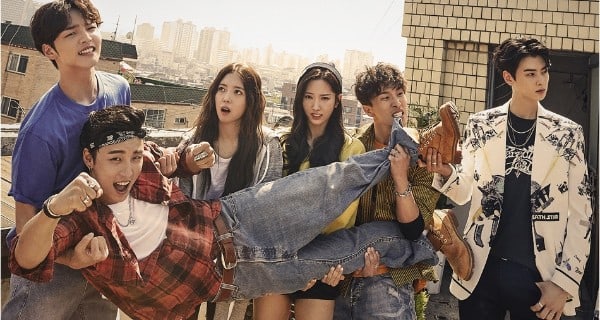 Yoon Shi Yoon practiced a lot of singing and dancing for this particular role as an idol. Having not much background in any of these skills, Yoon Shi Yoon prepared extensively in order to make his role believable. He even performed on a real life music show in preparation for the series. His character is charming, and many will find healing in the story and journey that Hyung Jae embarks on when he meets his future son. It’s a story that will tug at your heartstrings and most definitely will make you a fan of Yoon Shi Yoon!

Start with the first episode: 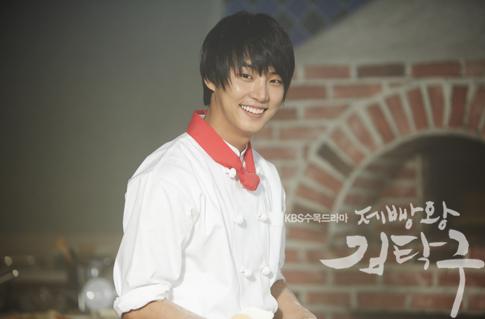 Kim Tak Goo (Yoon Shi Yoon) has spent most of his childhood without knowing who his real father is. He discovers that his father is the president of a company that produces bread and pastries. Tak Goo has a half brother who is competing against him to try and inherit the company, and the two also end up falling in love with the same woman.

This was Yoon Shi Yoon’s first time starring in a K-drama, and it was early on in his acting career. Not only did he do a great job portraying the determined and tough Tak Goo, but the series is one of the most watched K-dramas. Everyone talked about this new rookie actor who was winning over hearts. Yoon Shi Yoon had the uncanny ability to play a character who was rough around the edges, but also soft-hearted and lovable. He was able to show many faces that fans were easily drawn to. 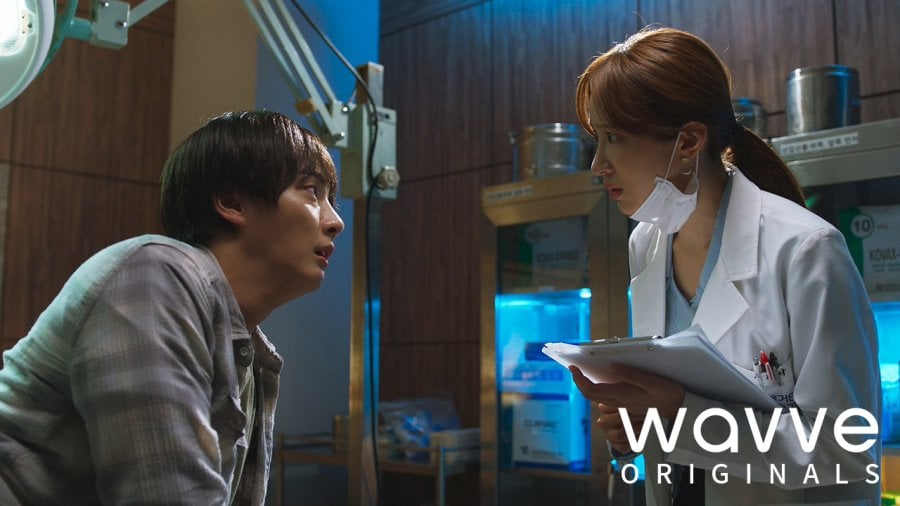 Do Yong Sik (Yoon Shi Yoon) has gone through a lot of bad luck in recent years that has brought his self-confidence down. When he struggles with erectile dysfunction, he decides to go to a doctor and finds out that his doctor is his first love, Lee Ru Da (EXID‘s Hani). Ru Da takes it upon herself to help Yong Sik regain his confidence and find purpose again.

This series has a unique concept that is both comedic and healing in many ways. Yong Sik is a character who has gone through a lot of hardships; he is not the man who he once was. In order to regain this confidence and love for himself, he revisits parts in his past that have traumatized him. In turn, he is able to become stronger and happier, which is an aspect that many may find comfort in.

You can watch this drama here:

Hey Soompiers, what is your favorite Yoon Shi Yoon K-drama? Let me know in the comments below!

Currently watching: “Jirisan,” “The King’s Affection,” “Melancholia,” “Reflection of You,” and “Now We Are Breaking Up”
All-time favorite drama: “Secret Garden” and “Star In My Heart”
Looking forward to: Won Bin‘s return to the small screen

Soompi Spotlight
Mirror of the Witch
Baker King Kim Tak Goo
Flower Boy Next Door
Yoon Shi Yoon
The Best Hit
Your Honor
Psychopath Diary
Train
Romance Full Of Life
You Raise Me Up
How does this article make you feel?