“Let Me Be Your Knight” is a romance drama about a popular idol band named LUNA and a woman pretending to be their doctor who moves into their dorm to treat a sleepwalking member. Lee Jun Young stars as LUNA’s leader, vocalist, and producer Yoon Tae In; JR plays bassist Lee Shin; Kim Dong Hyun plays keyboardist Woo Ga On; Yoon Ji Sung plays drummer Kim Yoo Chan; and Jang Dong Joo plays guitarist Seo Woo Yeon. Jung In Sun co-stars as In Yoon Joo, a travel guide who disguises herself as a doctor.

PD Ahn Ji Sook said, “The drama began with the fantasy, ‘What would happen if I lived in the same place as the idol stars I loved?’ I interviewed real idols for the drama and they all lived surprisingly ordinary lives. Unlike the fantasies, the idols don’t really live all that differently from other youths their age. I wanted to show that ordinariness and naturalness when they come off the stage.”

She added, “Since the drama is about idols, I searched among idols for the cast. LUNA has five members, and I wanted to showcase each character’s unique traits. The first actor to be in talks for the drama was Lee Jun Young. He’s a really good actor, so I wanted to work with him. I thought that as long as I had him, I could work with the other three actors who hadn’t done much acting before. As the only woman in a house full of young men, the lead actress had to have positive energy as well as bringing her character to life, but Jung In Sun’s real personality is quite easygoing, just like her character.” 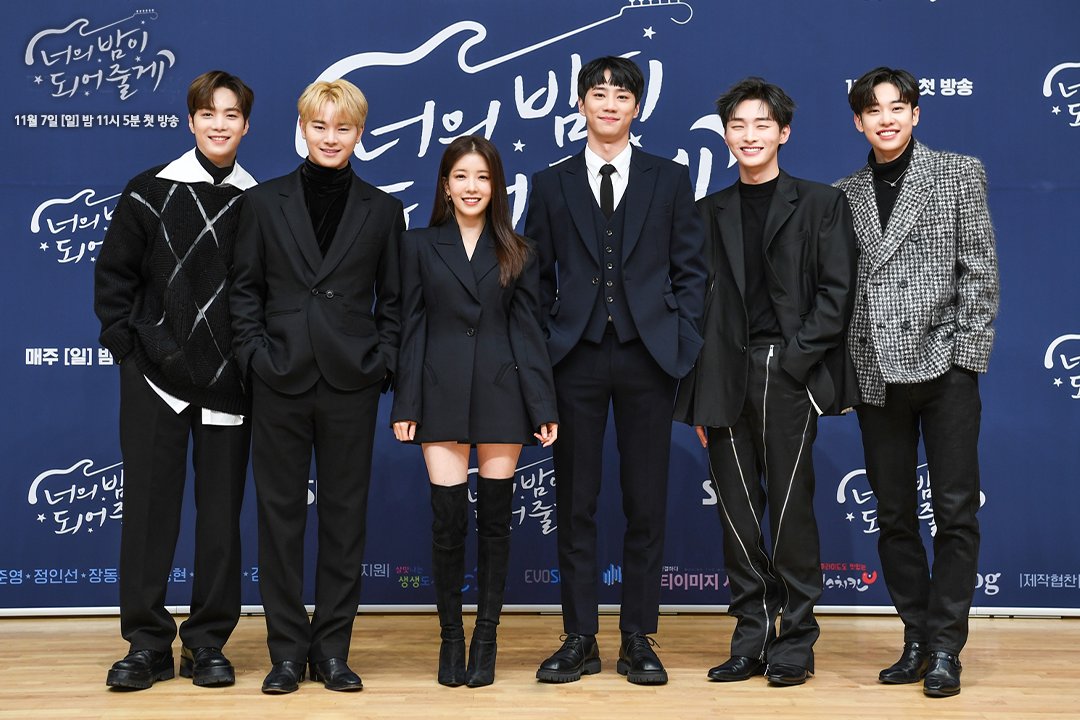 Lee Jun Young said, “To prepare for this drama, I opened the music production program I use for the first time in a while, and studied up on all the terminology. I’d also gotten used to speaking in dialect [for the Netflix series ‘D.P.’], so I practiced standard speech.” He added, “Like my character, I’m also the type that strives toward good results. But I don’t think that I’m as prickly as him. I think there’s a limit to how much irritation you can express, so it was really hard to act how he lashed out at others in his annoyance.” 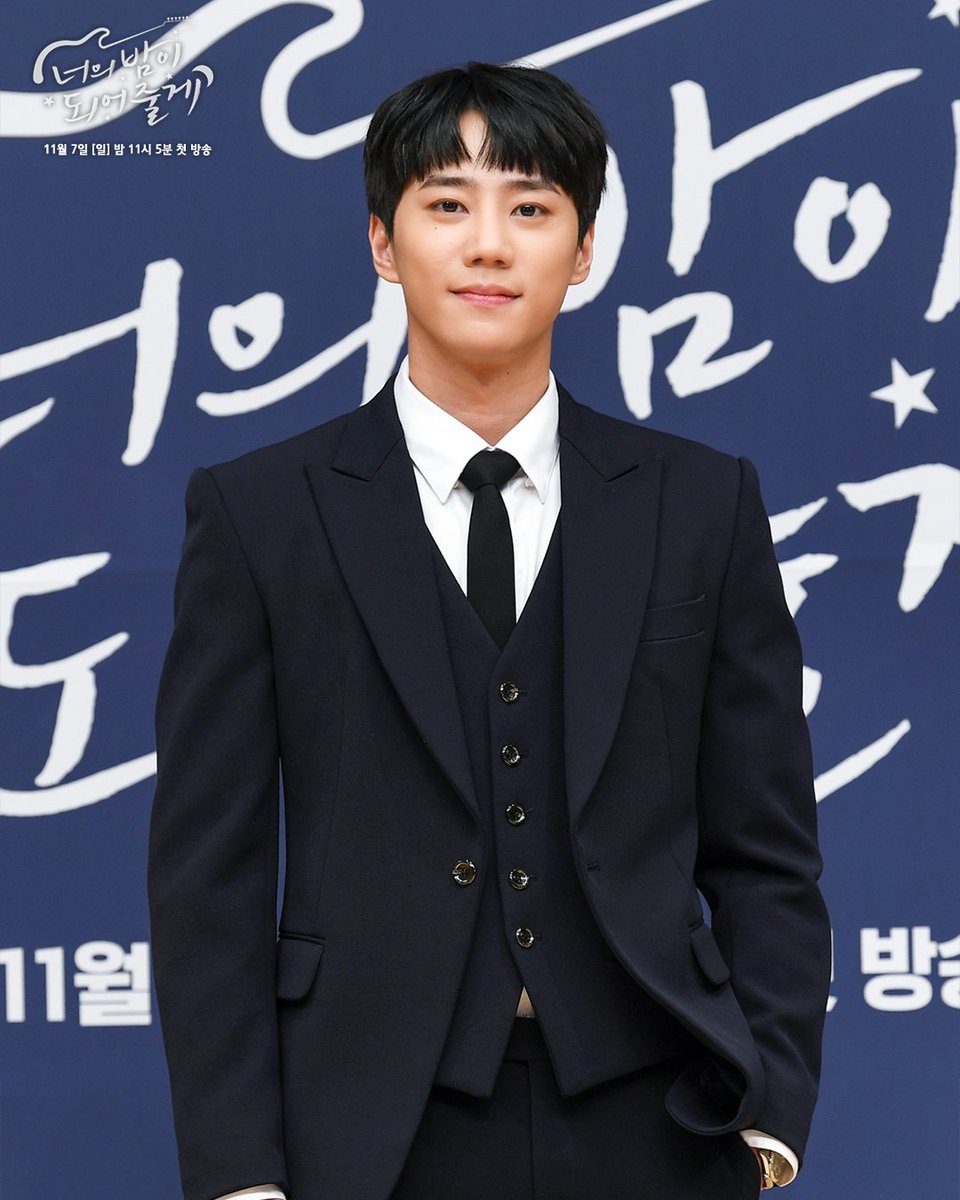 Yoon Ji Sung said, “I think I’m about 8 out of 10 when it comes to synchronization with my character. We both laugh a lot. But Yoo Chan just says whatever he wants, and I don’t do that. I’m the type to pretend to be okay in front of someone and be sad when I’m on my own.” He added that this was the first time in a while that he had relived idol dorm life, and said, “It feels like a valuable time when I was able to revisit old memories.” 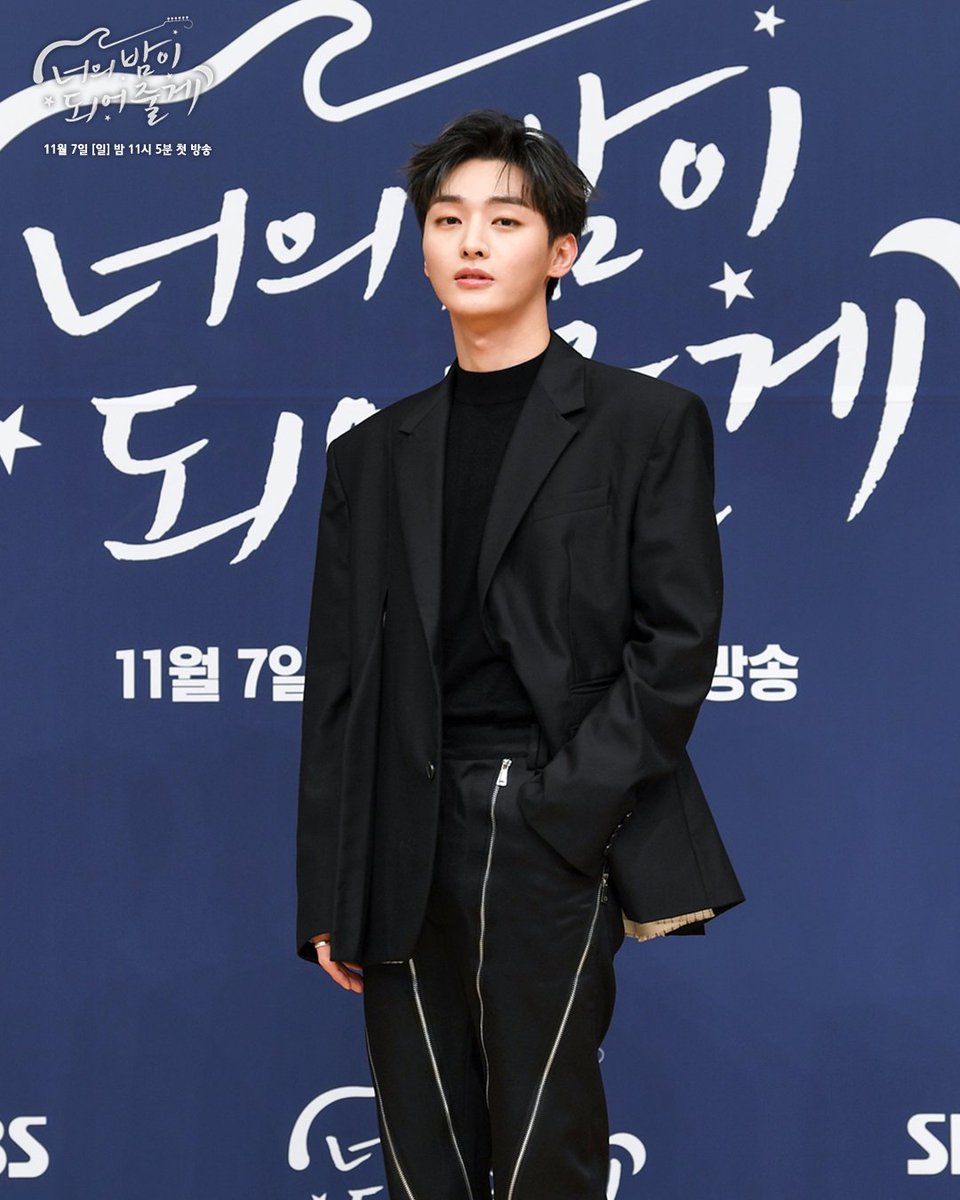 About taking on his first acting role, JR said, “There were a lot of difficult parts. It was hard even just to adjust to the atmosphere on set. Luckily, the director, production staff, and actors helped me out a lot. I also got a lot of advice from the other NU’EST members. As I was acting, I realized there were a lot of similarities between the story and real idol life. I was able to film while reflecting on the past.” 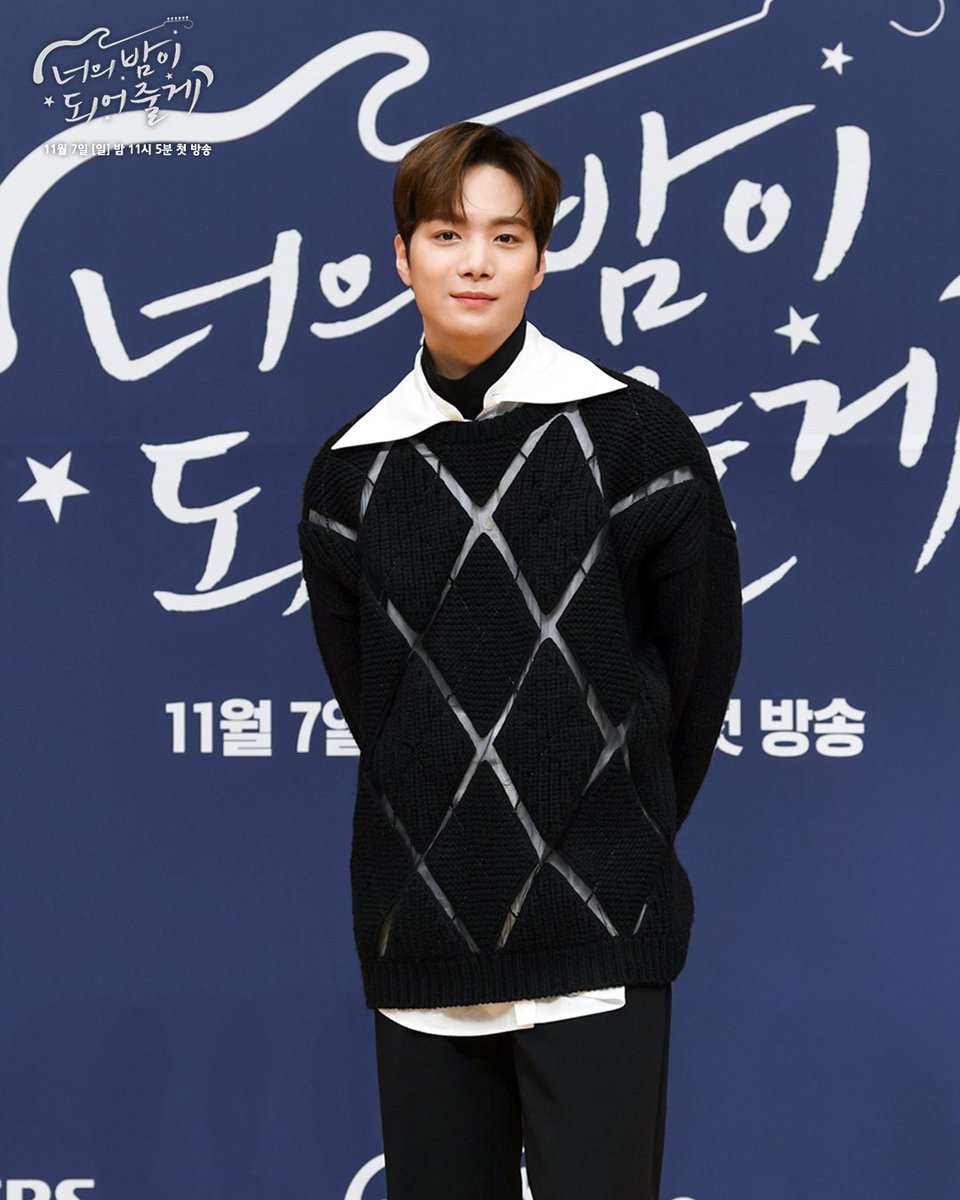 Kim Dong Hyun said, “At first, I was worried because the environment was so different from what I’d worked on in the past. Just like JR said, I also got a lot of help from the people around me. I’m currently living in a dorm with the AB6IX members now, so there were a lot of things I could relate to. But LUNA’s dorm is way bigger than ours.” 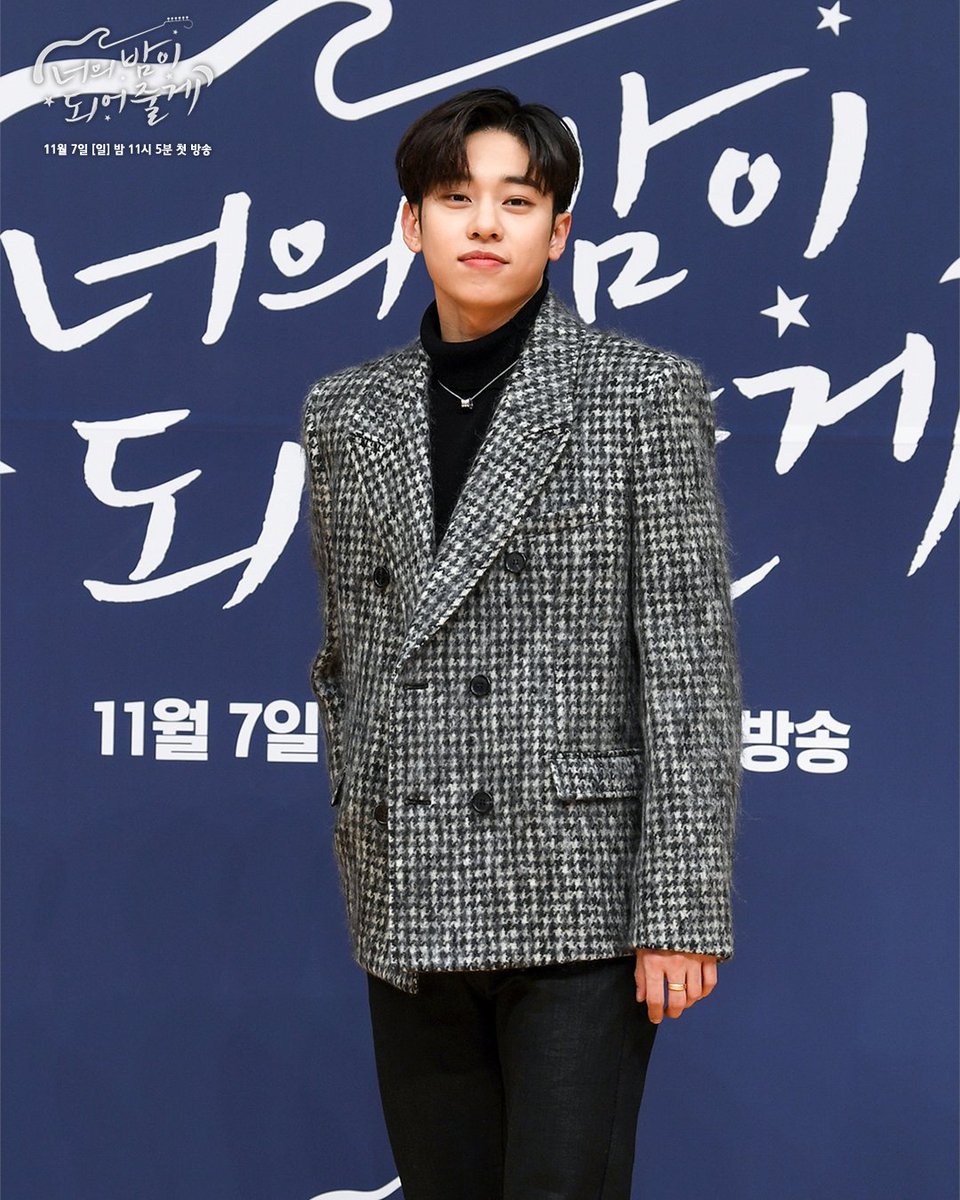 Jang Dong Joo said, “It was my first time being in a band. I thought for a long time how I could pull off this role, but I got a lot of help while filming from the other members.” 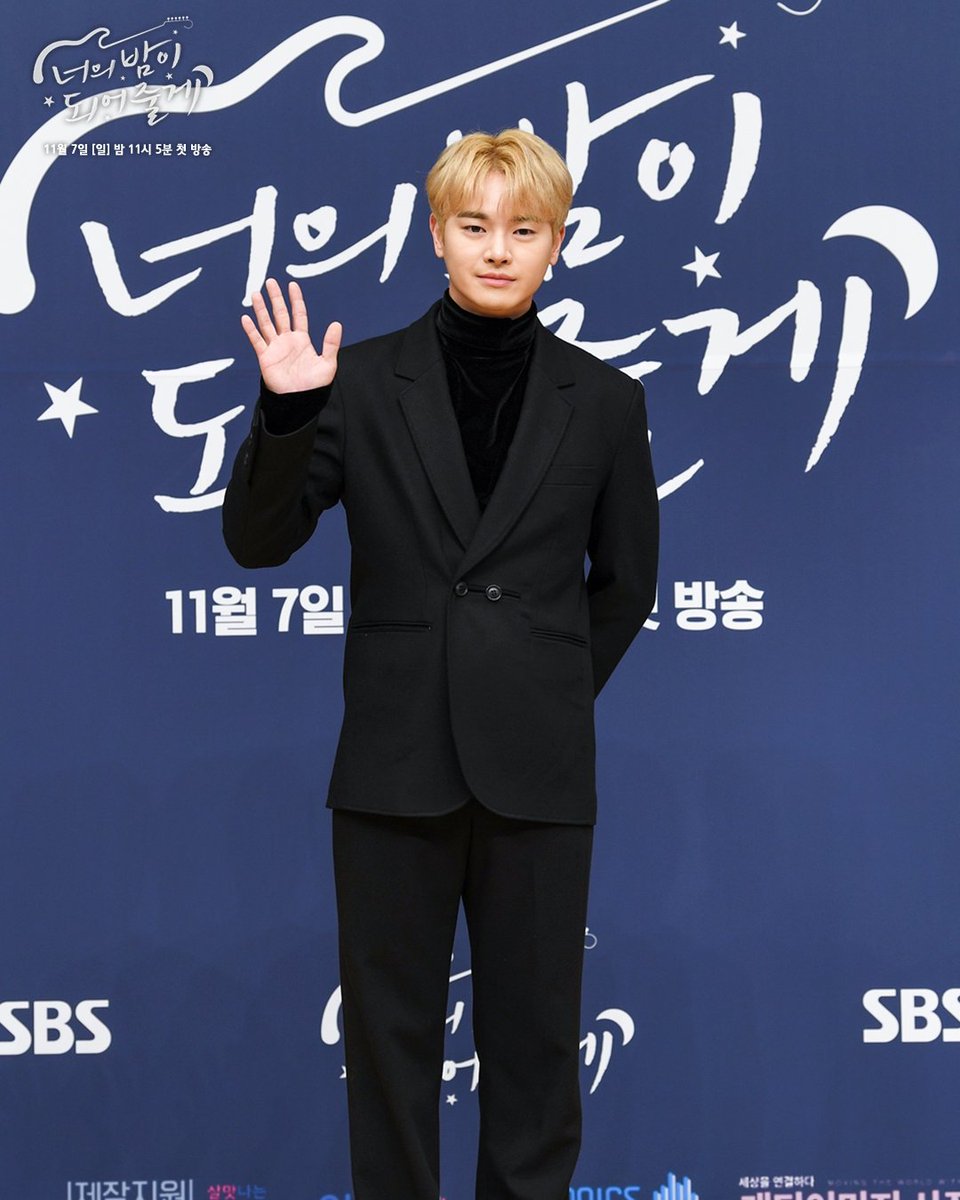 Actress Jung In Sun said, “The concept was unfamiliar at first. I wasn’t familiar with idols or with doctors, but the director told me, ‘Your character is supposed to be unfamiliar with both. It’s perfect.’ I liked that it’s a drama about sleep. Anyone could have hidden scars in their heart, and anyone could be on the brink of an emergency. I always wanted to be part of a story when these people unexpectedly meet and treat each other’s wounds. I was able to showcase good chemistry with all five of the members. But I think that my chemistry with Tae In was probably best, since I had the most scenes with him.” 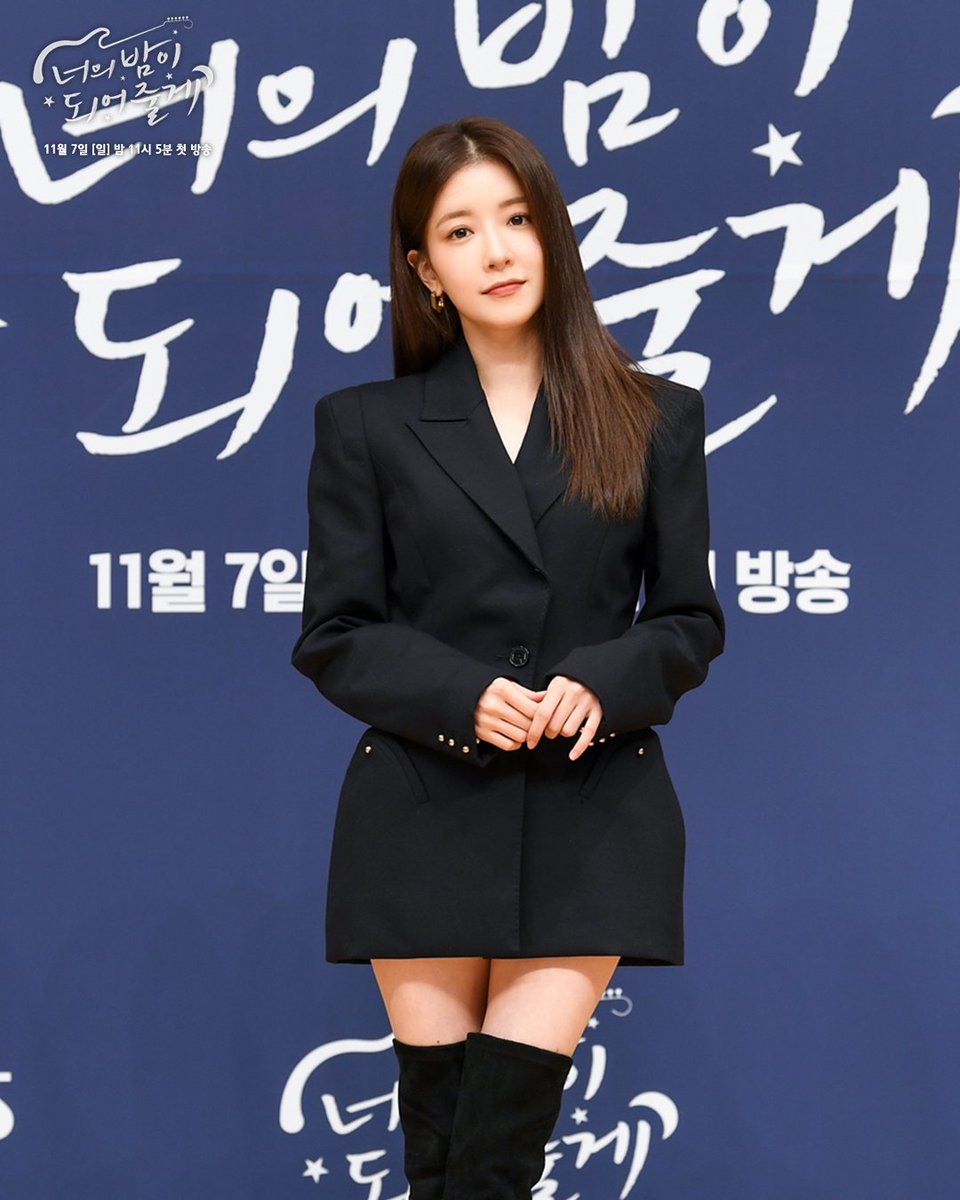 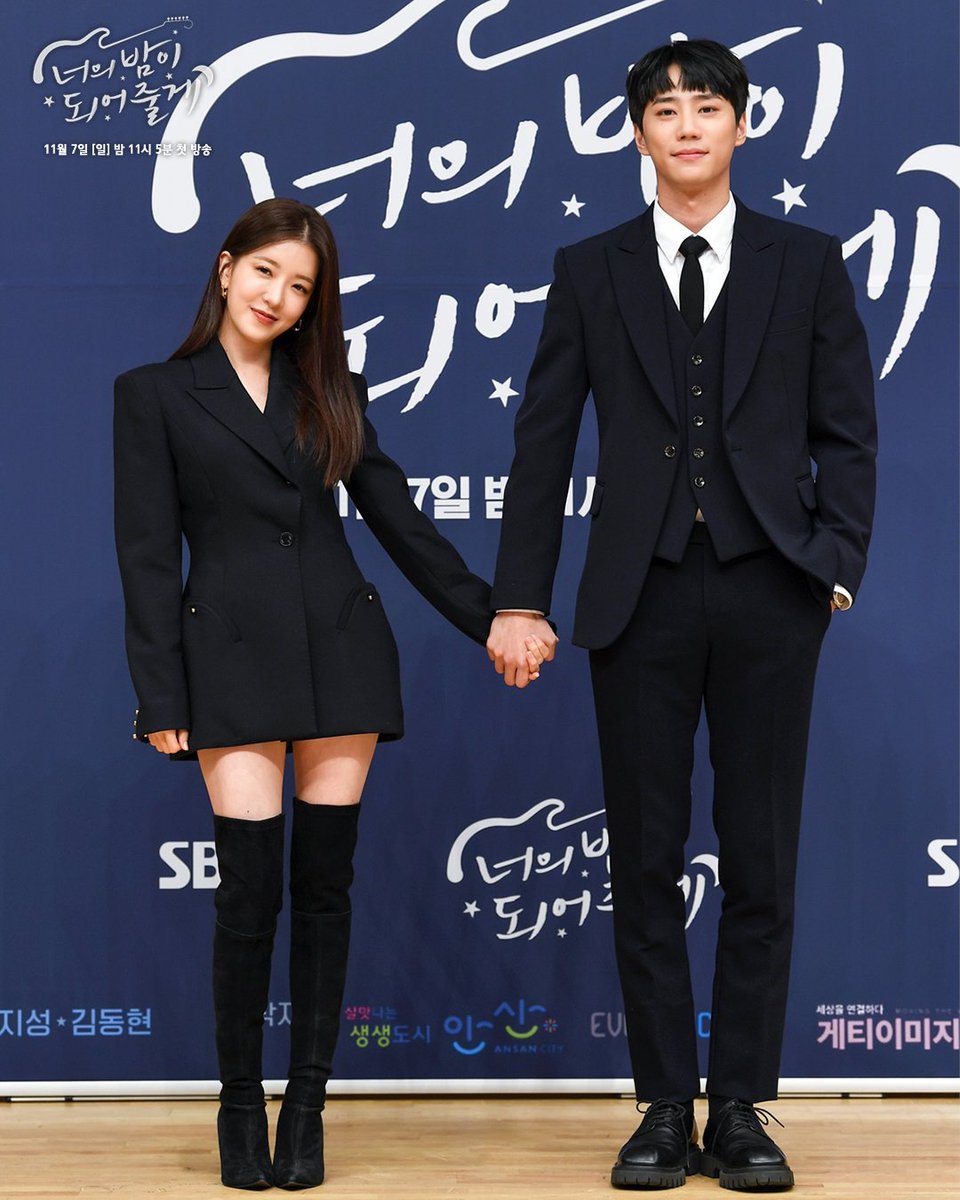 “Let Me Be Your Knight” premieres on November 7 and will be available on Viki.