The drama stars Ji Hyun Woo as Lee Young Kook, a widower with three children, and Lee Se Hee as Park Dan Dan, a young woman who is hired by Lee Young Kook as a live-in tutor for his kids. Park Ha Na plays Lee Young Kook’s employee Jo Sa Ra who is in love with him.

New stills capture Lee Young Kook and Jo Sa Ra experiencing various emotional changes. She swings by his office to drop off a lunch box. Her expression is full of excitement and affection, but he’s not paying much attention to her.

Then something happens that causes Lee Young Kook to become flustered, and Jo Sa Ra’s expression crumbles with disappointment. When she leaves his office, she’s nearly in tears, and it remains to be seen what caused her to look so heartbroken. 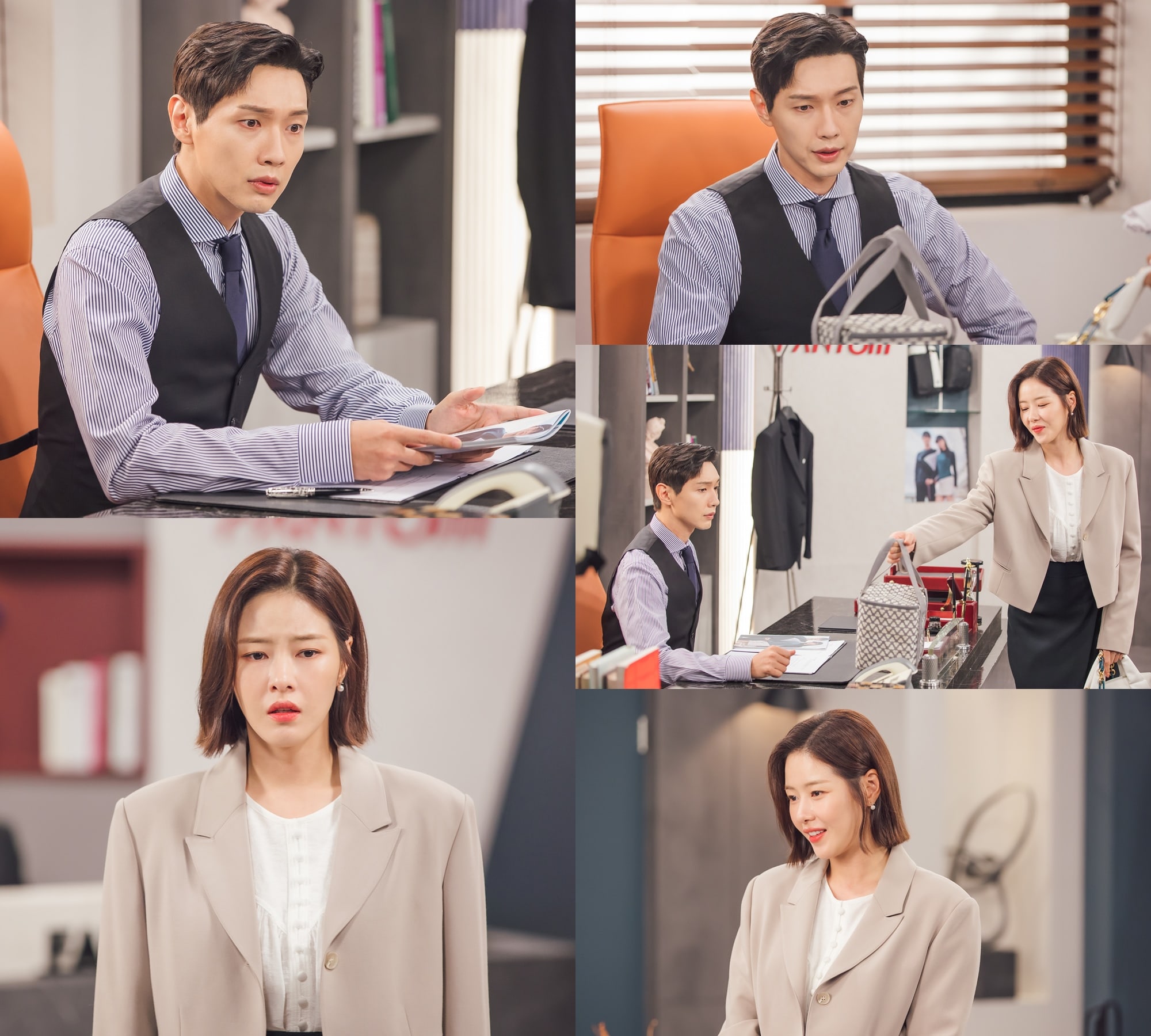 The drama’s production team commented, “Something unexpected will happen to Lee Young Kook and Jo Sa Ra. In particular, Jo Sa Ra, who eagerly went to see him, will grow crestfallen after he says something to her. Please tune in to [the next episode] to see why they quickly froze.”

This scene from the upcoming sixth episode of “Young Lady and Gentleman” will air on November 6 at 7:55 p.m. KST.