TVING’s “Happiness” has shared new stills ahead of the second episode!

The drama stars Han Hyo Joo and Park Hyung Sik as long-time friends and elite police officers who get caught up in the chaos, and Jo Woo Jin as the man from the Armed Forces Medical Command in charge of finding the cause of the disease and stopping its spread.

The first episode of “Happiness” showed how Yoon Sae Bom (Han Hyo Joo) and Jung Yi Hyun (Park Hyung Sik) met. Jung Yi Hyun, who was depressed that he had to give up his dreams of becoming a baseball player due to an injury, climbed to the school rooftop to relieve his frustration. However, the police showed up because they thought he was going to commit suicide. That’s when Yoon Sae Bom stepped in to console him, which changed his life forever.

Later, when they became adults, she made him an unexpected offer and suddenly proposed to him. In response, he commented that his confession in high school had just been a joke, but viewers are curious about what unexpected changes they will experience in their relationship. 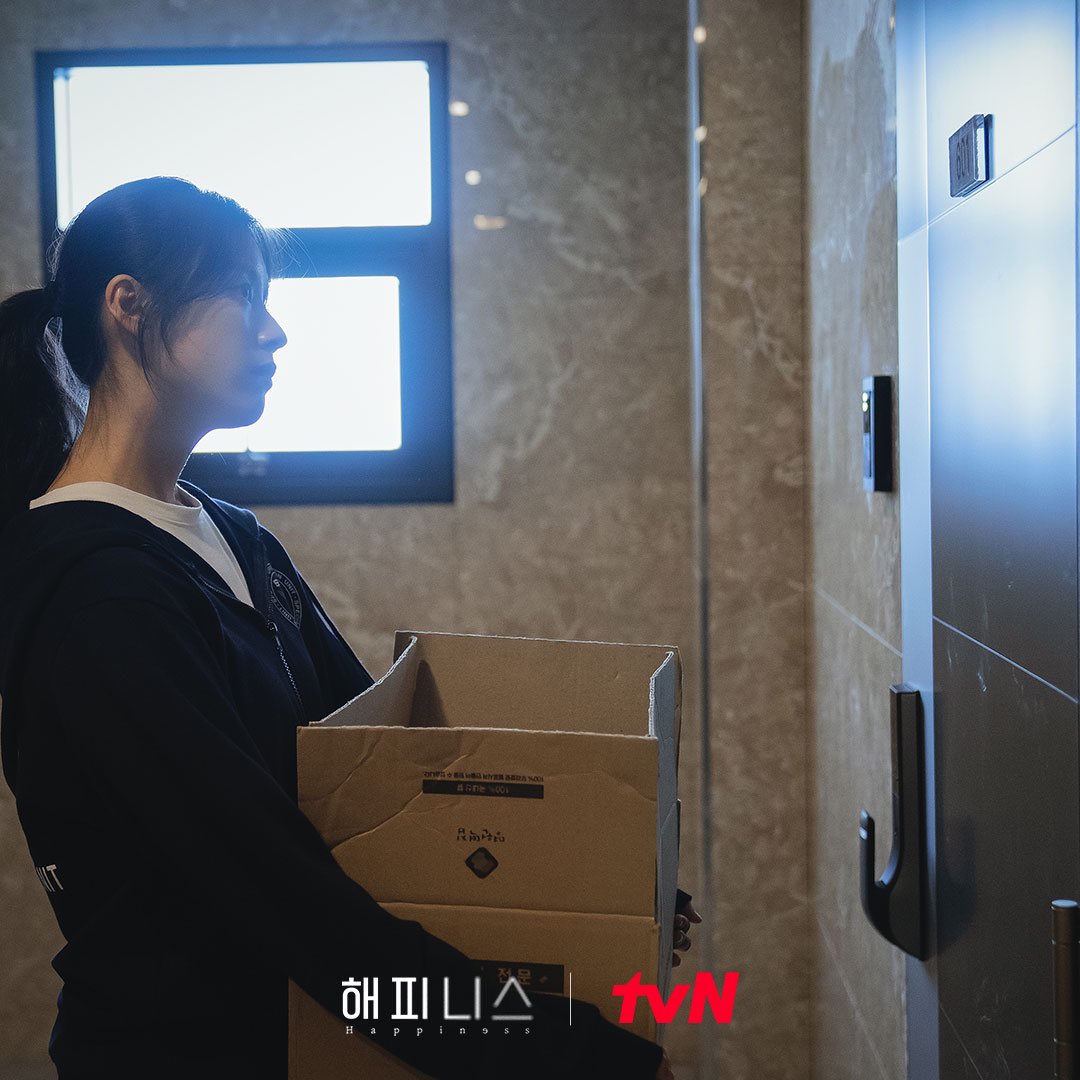 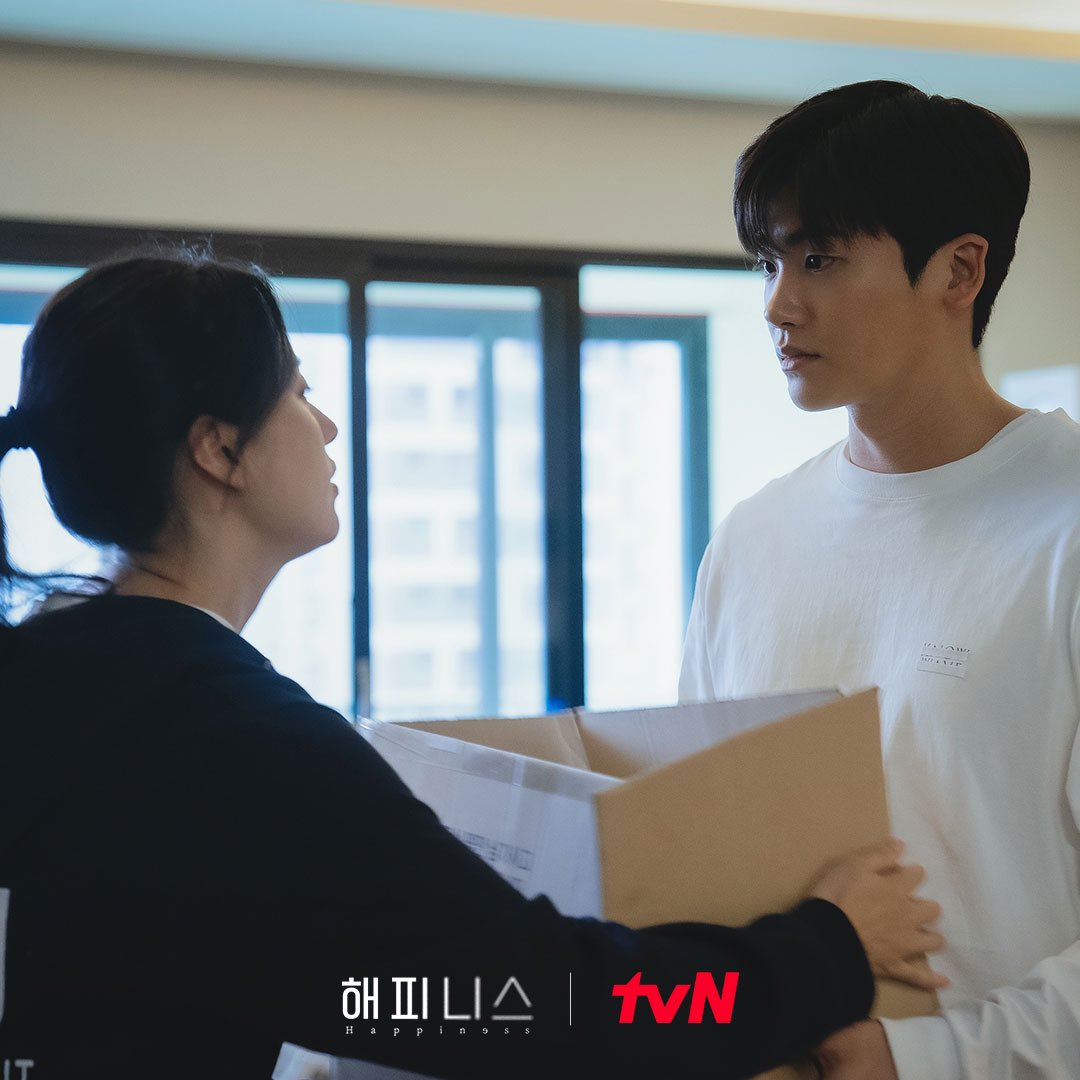 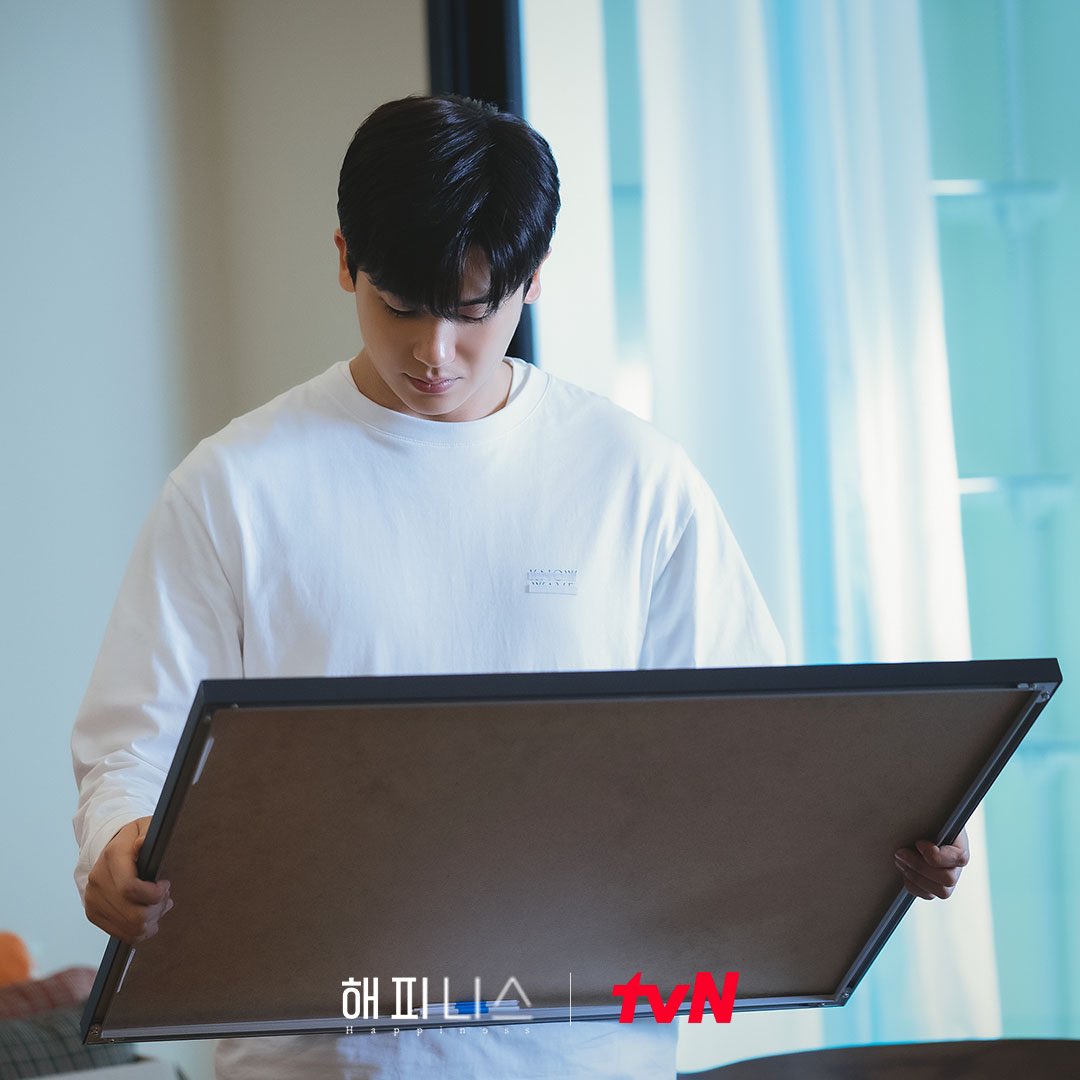 The photos also show them meeting their new neighbors as Yoon Sae Bom delivers rice cakes to them. Oh Joo Hyung (Baek Hyun Jin), the troublemaker doctor, takes a peek at the monitor to see who is outside his door. On the other hand, the little girl Park Seo Yoon (Song Ji Woo) hands Yoon Sae Bom a mysterious note. 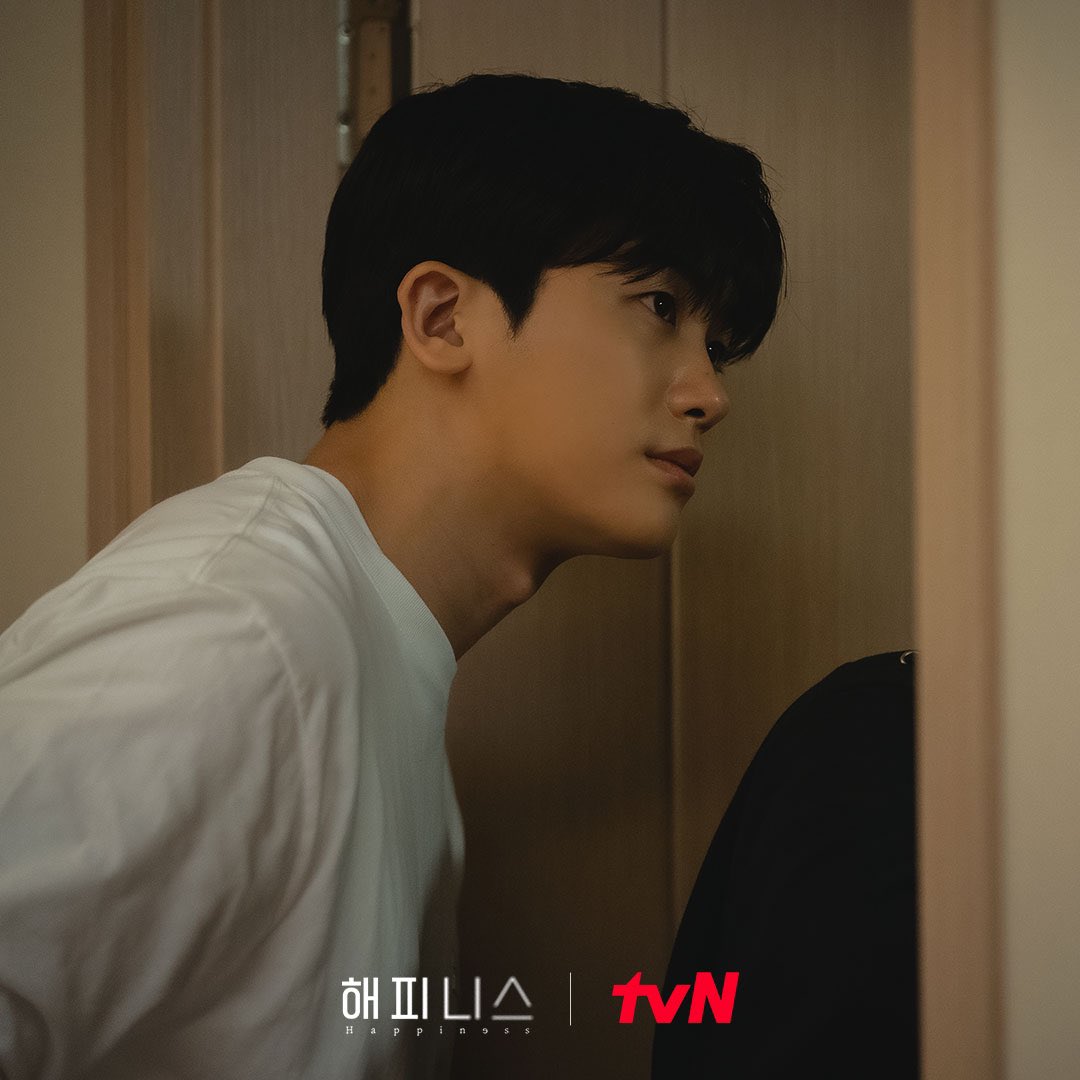 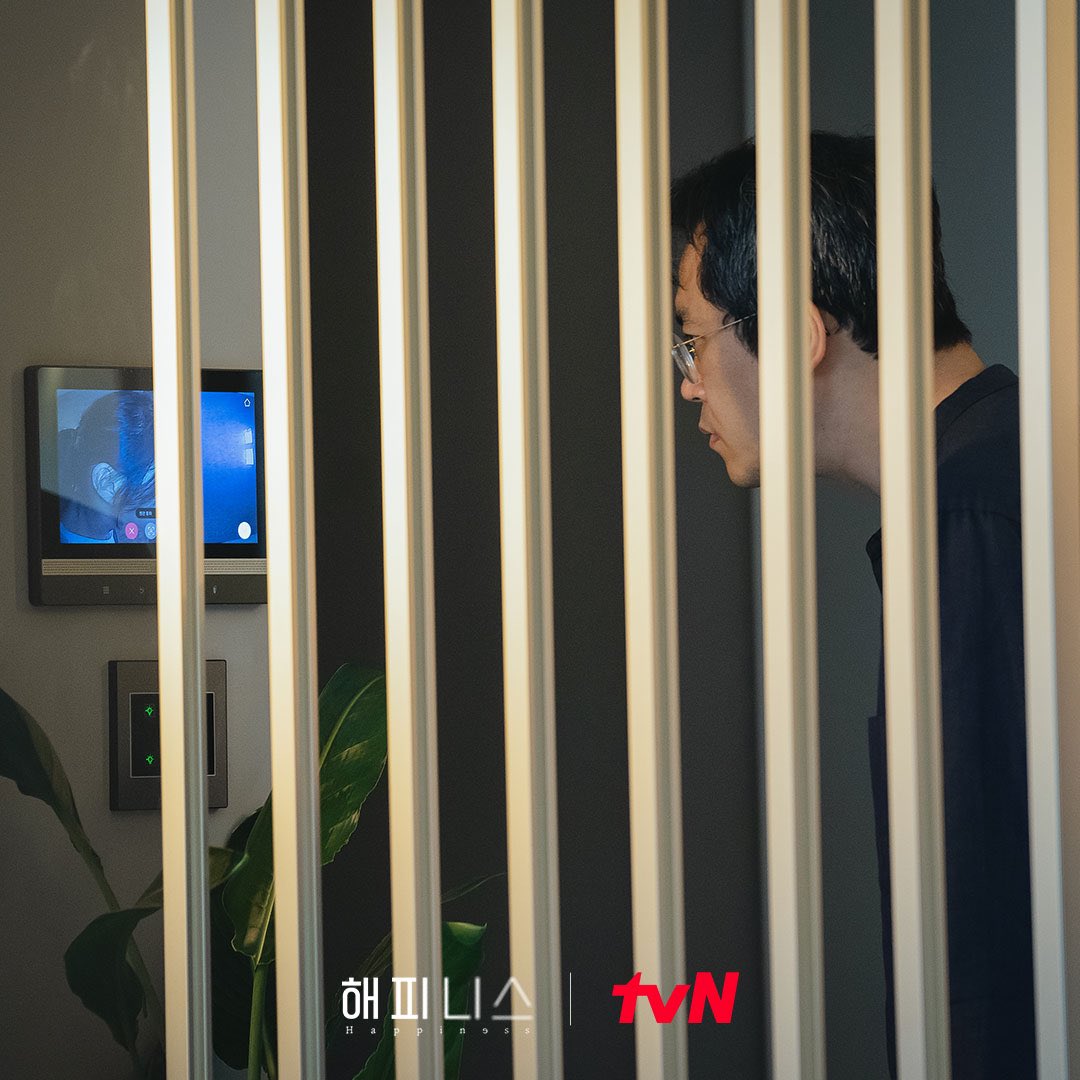 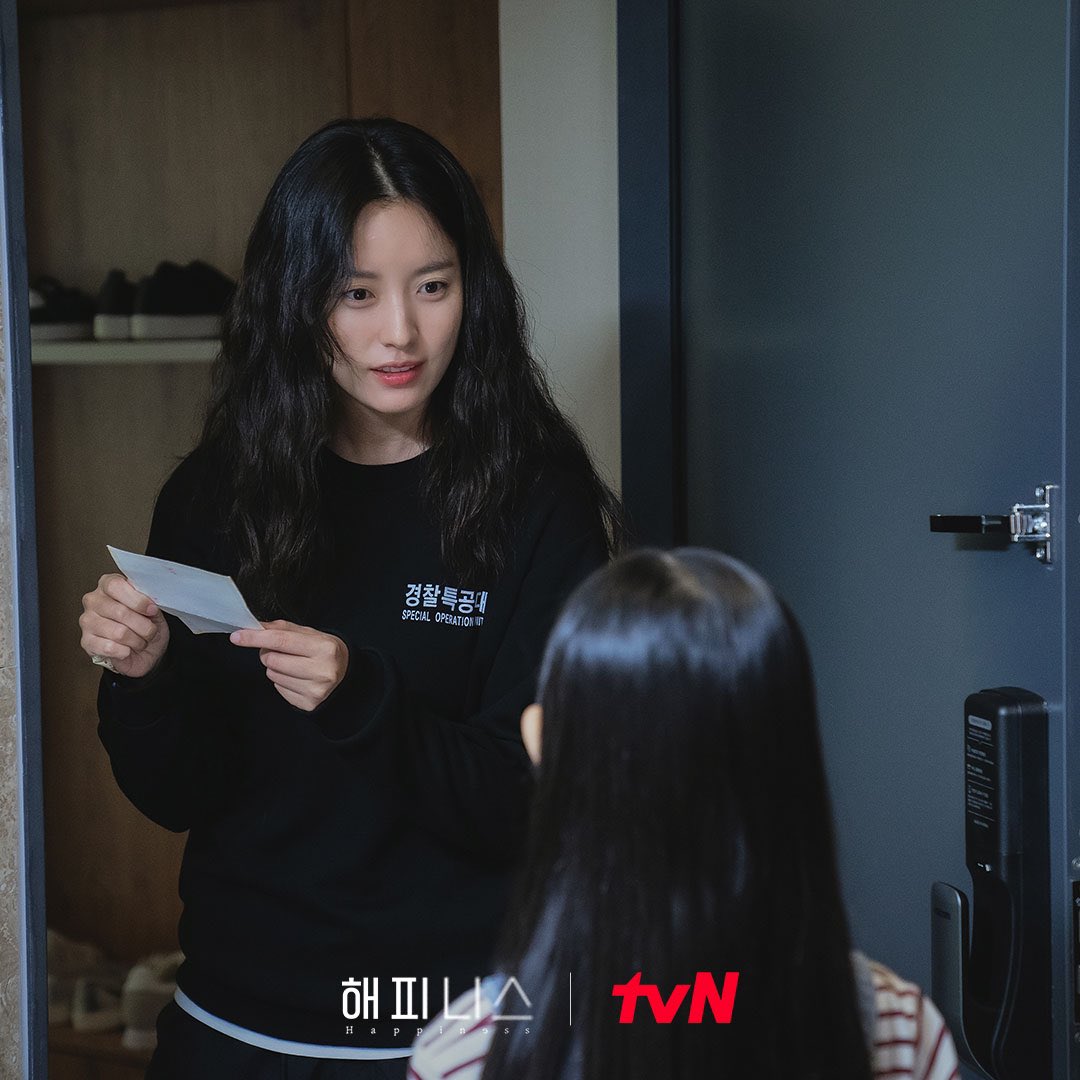 The drama’s producers commented, “Please watch to see if Yoon Sae Bom will be safe in the place she believes to be her haven. Viewers will be able to see the various instincts of those who end up in a situation where they must survive.”